It’s fitting that Robert Glasper, Common, and Karreim Riggins would give “Optimistic” the proper 2018 fit that it deserves. Originally recorded in early 1990’s by the 40 member choir Sounds of Blackness with Jimmy Jam and Terry Lewis handling the production, this retooling involves Brandy reminding us that her 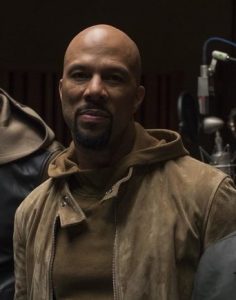 voice remains at a gold standard…if anything she is vastly underused these days. “About a year ago, I told Karriem and Rob ‘Let’s get in the studio and just cook up’ not knowing what the project we were embarking on,” remarked Common about the supergroup session. “I was just inspired to make music with these brothers.”

The Glasper and Riggins mindmelt provides the yin-yang of understated production finesse, accentuated with their extensive jazz and hip-hop background. Both graduates of the J Dilla school of production. Glasper moves about the keyboard on this gospel-influenced chart with the subtle inference that jazz is everything and everything is jazz. Witness his agile chord progression movement over the inflexible and signature thump and click of Riggins’ always aggressive drum chart. Cook up, indeed. This team could chart a Jam/Lewis producer like career if they chose to.  “Optimistic” spreads the joy that slaps while delivering a message of belief.

August Greene, whose self-titled début album will be available March 9 as an Amazon Original, is the supergroup we need right damn now.

Kenneka Cook is that generator of intuitive energy and light that chooses to use vocal power as the main form of manifestation.

This Richmond, VA, native claims she was obsessed with the moon growing up and would stare out her window at the night sky in awe of its mystery. Trained vocally in the church and school chorus, she later 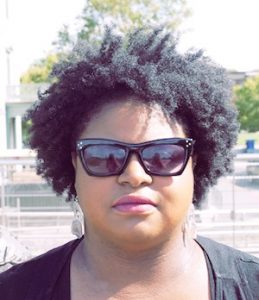 discovered the process of live looping through watching Reggie Watts. From that, she began to fully explore creating music. Yet the greatest tool in that satchel is Cooks’ voice.

Cook has the innate and natural talent for projecting that jazz phrasing and at times attitudinal nasal position, whichever direction she feels like aiming it. So it is by no mistake that her influences growing up were Billie Holiday, Erykah Badu, and The Cardigans. There is a playful cover of “The Kids Don’t Stand A Chance” by Vampire Weekend which Cook gives a third life to. But make no mistake, this is a vocalist who has not even come close to her potential of blowing off the doors of what is expected. Her wide-ranging début release, Moonchild, get released Feb 23. You have been put on notice.

Listen to “Moonchild” by Kenneka Cook:

Starchild and The New Romantic/Language/Ghostly

In the past couple of years musician, Bryndon Cook has toured the world supporting Solange in her band and worked on collaborations with longtime friend Dev Hynes aka Blood Orange. This February, Cook will release his début full-length project Language under the name Starchild and The New Romantic. It’s 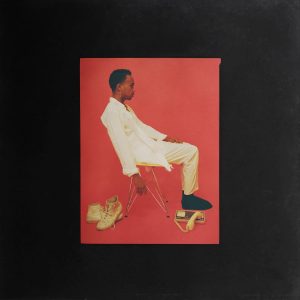 rare to hear a full spectrum presentation of soul, funk and new-wave ideas from an artist, as we are currently experiencing a fruitful period for the genre of “modern-funk.” It is sometimes lost on some that outlying influences such as synth-pop and post-punk helped in the creation of the first version the sound. Cook gets it. He has no issue arranging an intersectionality among various sounds and emotions. Furthermore Language, which drops on Feb 23, is one of those infrequent albums that bathes in the essence of what Prince could create in a live sounding production. “Black Diamond” by Cook is a rare moment of creation that houses the blithe spirit of “Gonna Be a Beautiful Night” and the reckless joy of any instrumental jam by the Prince-produced group Madhouse.

Listen to “Language” by Starchild and the New Romantic:

It seems Ty Segall is back on his BS these days…and it makes for the most interesting concoctions and pairings for his riotous jaunt around the texture wheel on Freedom’s Goblin, which drops on Friday Jan 26th. At times Goblin is a psychedelic rip burn sentiment Segall is courteously escorting the listener through as evidenced on “She.”  Other times it carries a directed Van Morrison gallantry which is found on 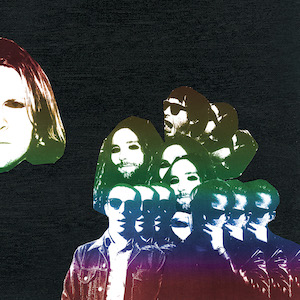 “My Lady Is On Fire.” And then there are cherished twangy productions that feature that acoustic guitar phrasing backing up the falsetto voicings of Segall as found in “Cry Cry Cry.”

Not to mention the successful mid-tempo crunch and fuzz of an overcast but joyful moment on the Hot Chocolate cover “Every 1’s a Winner.”  Here are the facts. Segall no longer lives in the Bay Area. But much like his audio big brother John Dwyer of Thee Oh Sees/OCS. Segall aint scared to really fuck around with the sound of things.  That swag comes with the unrelenting talent he’s constantly showcasing with the guitar.  Steve Albini was one of the engineers on this, and it shows. And oh yeah, Segall wants to work with Madlib in the future as told to Spin Magazine earlier this month.

Listen to “Every 1’s a Winner” by Ty Segall:

“Night Court In Compton” is an extended jam showcasing the intricate chops amongst a multi-influential jazz collective who expand the comedic tone of the tv “Night Court” theme into a serious composition. It’s 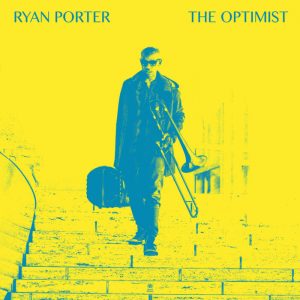 the first release from the forthcoming 3 LP document “The Optimist” by West Coast Get Down’s own trombone player Ryan Porter. It was recorded at Kamasi Washington’s parents’ house between 2008 and 2009, captured inside a small tiny basement area their crew called “The Shack.” This was before Washington’s The Epic catapulted the group into the highest stratospheres of jazz music and feature associations started to populate through the world of Kendrick Lamar.

“Compton”, with its diligent piano work from Cameron Graves. Understated then pensive solo from Porter, is the gateway alert to this prequel on how Porter and the WCGD conquered and redefined a new jazz vanguard.

“The Optimist” is out February 23 on World Galaxy / Alpha Pup Records.

Listen to “Night Court in Compton” by Ryan Porter: 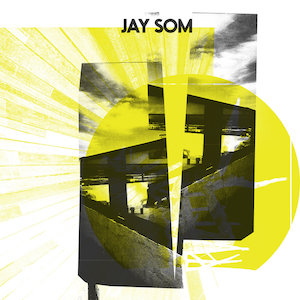 Oakland resident Melina Duterte, who records under the moniker of Jay Som, will release a two-song EP this Friday. The song “Pirouette” captures her trademark sound of accessible pop that glides, quite stealthy, between hushed vocals and atonal guitar phrasing. “Both of these tracks were made during the spring of 2016 – the first demo stages for Everybody Works” stated Duterte. “They were fun to write and record but felt out-of-place on the track list during the finalization of the album. These tracks remain close to my heart and I’m really grateful they’re finally out in the world.”

Listen to “Pirouette” by Jay Som:

NADINE, the new Minneapolis project featuring members of Phantom Posse and Ava Luna unveiled their new track “Pews” this week. It’s a wobbly yet serene soundscape that resembles a quiet breeze blowing through a wheat field.  Lead vocalist Nadia Hulett employs a diminished vocal presence that allows the rhythmic identity of the song to take the lead. Allowing Hulett’s carefree voicings to float and hover above the fray.  The album  ‘oh my’, is out this Friday, January 26th.

Listen to “Pews” by Nadine: