The NAMM (National Association of Music Merchants) show took place this year in Anaheim as usual. NAMM focuses on the creation, presentation, and propagation of music and features a wide array of instruments, production equipment, lighting, and anything else connected with music. Over 100,000 people attended in the Anaheim Convention Center, taking in the vast displays of gear and enjoying the music played in and around the Center. 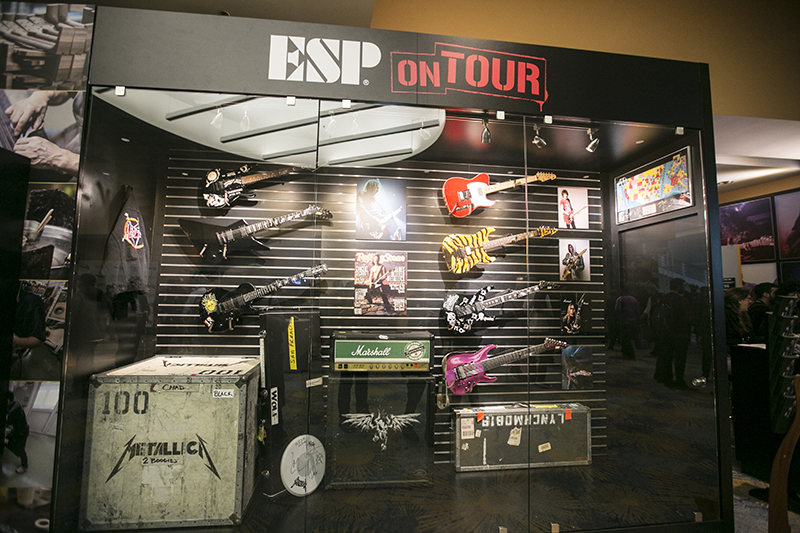 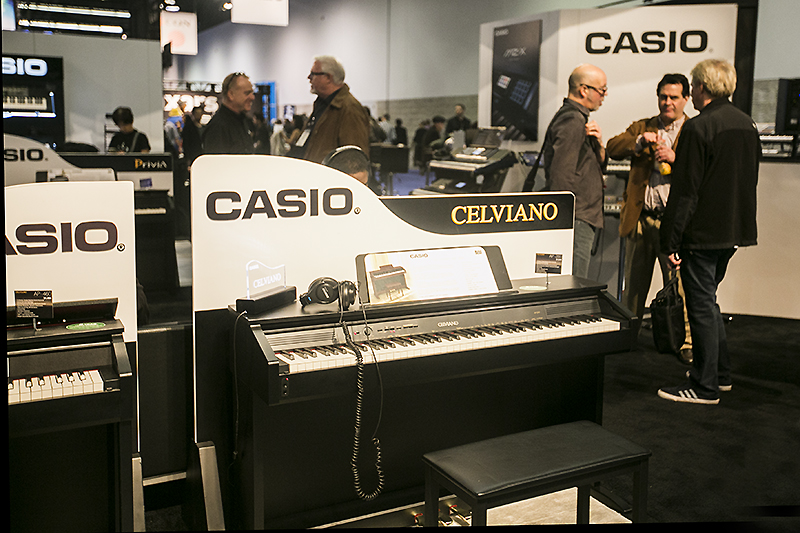 Casio premiered new keyboards with “Dance Music Mode,” which allows dividing the keyboard into regular keys, bass, drums, and other percussion. Music can instantly be created, mixed, and remixed without any additional equipment. 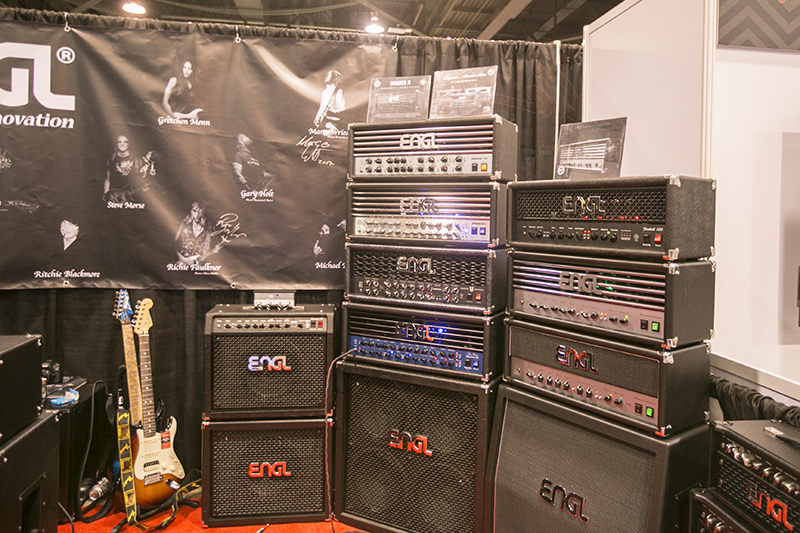 Another big name metal guitarist got his own equipment, Marty Friedman, best known for Megadeth along with his terrific solo career, now has the ENGL Marty Friedman Inferno Signature 100 Head. Friedman used ENGL equipment for his Inferno album and now other guitarists can get that power. 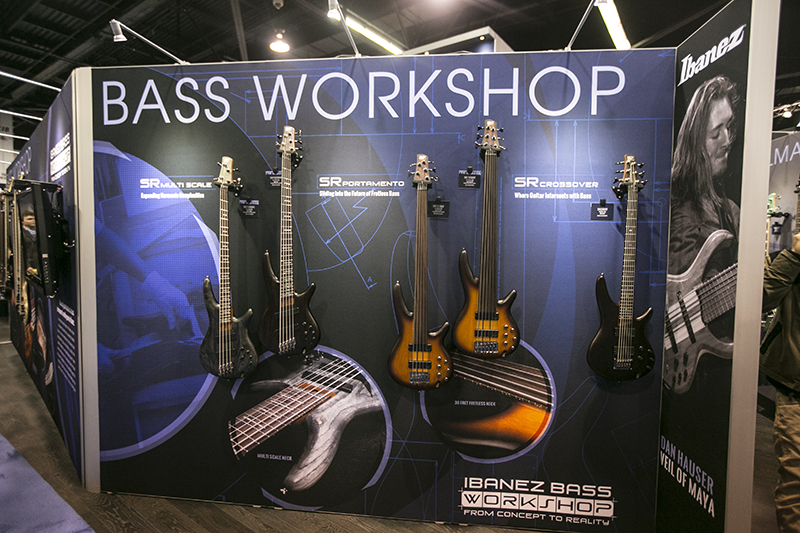 Ibanez guitars and basses sound great and look beautiful. This NAMM show marked the 30th anniversary of the Steve Vai designed JEM guitar. Built around Vai’s customizations of a guitar in 1987 to give sounds Vai needed, the JEM has been a terrific success for Ibanez. 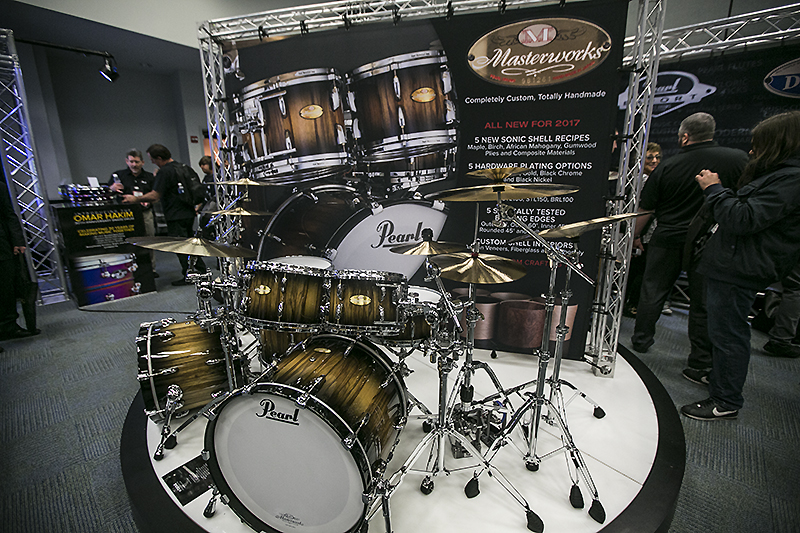 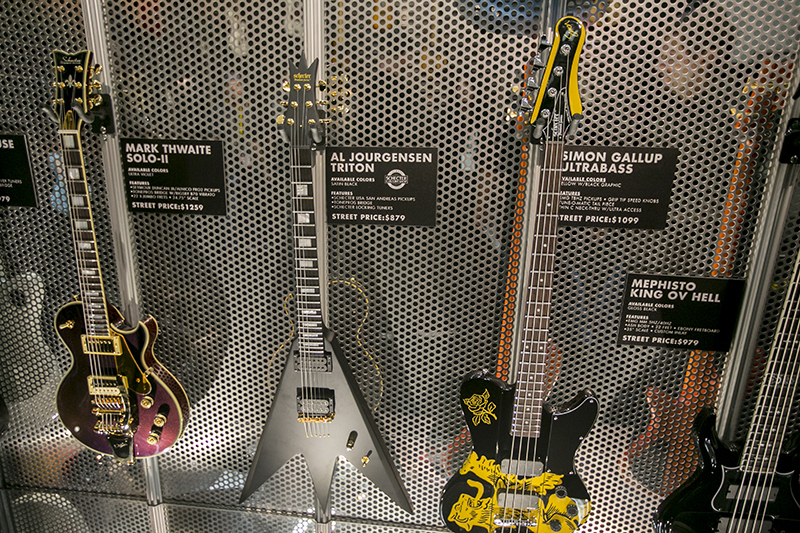 Not to be outdone, Schecter Guitars introduced the Al Jourgensen (Ministry, Revolting Cocks) Signature Triton. Its triple point body looks as ready to create mayhem as Jourgensen does performing live. 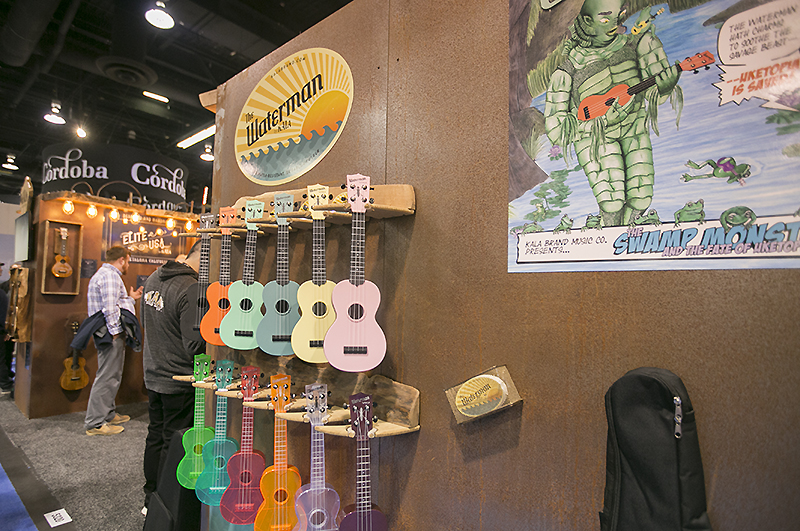 Waterman introduced new plastic ukuleles for their concert series. With a variety of colorful models, these ukes can be played safely while whitewater rafting and in concert without losing that upbeat sound the instrument always produces.

Check out this slideshow of additional NAMM photos by Raymond Ahner: