Guitar master Zakk Wylde came through the Bay Area to play the Regency on Tuesday night, delivering a compact set of songs from his two solo albums, Book of Shadows I&II. Those fans expecting pounding heavy metal from the Black Label Society frontman were going to be a bit disappointed as Wylde’s solo albums are not really metal at all; instead they are much more in the southern, blues-rock tradition. These songs showcased a different side of Wylde, featuring a much more laid back vibe. 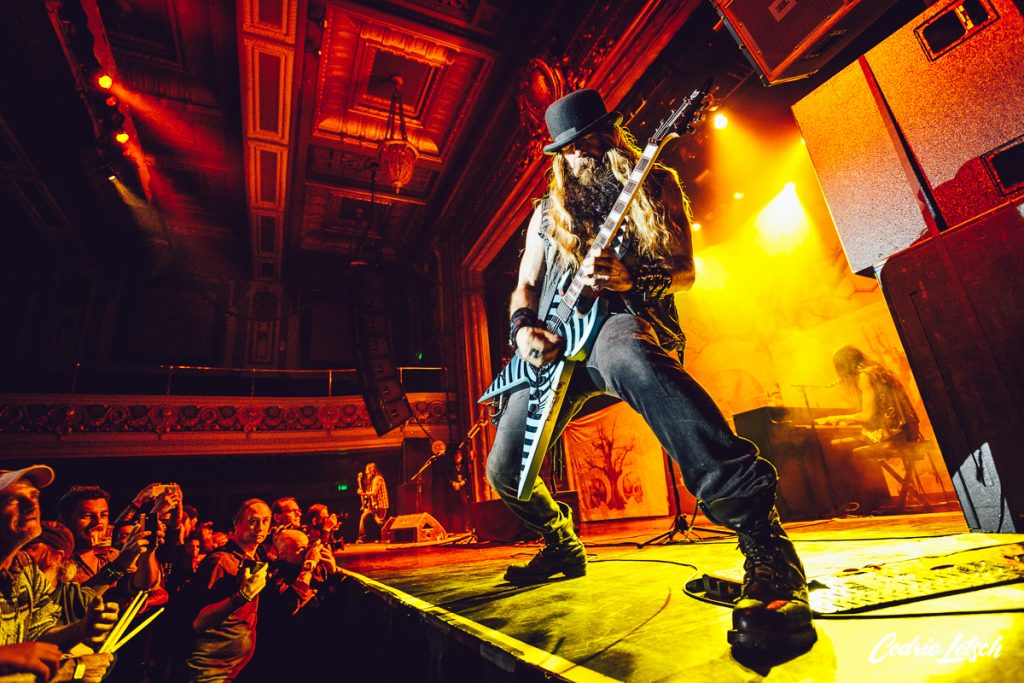 That did not stop Wylde from showing off his otherworldly guitar chops, and this was apparent right from the beginning when he opened the night with the song “Sold My Soul.” The song starts out in typical blues-rock fashion but halfway through Wylde launched into a prolonged guitar solo, one that lasted for over 5 minutes. This was not the norm for the rest of the show however, as Wylde was content to focus on playing the songs, even sitting down at the piano to play the fan favorite “Road Back Home.” This gave a chance for pianist Dario Lornia a chance to show off his phenomenal guitar playing ability as he handled all the lead work for the song. The tune begins with a plaintive slide guitar part only to pick up steam leading into a ferocious and lyrical guitar solo from Lornia. 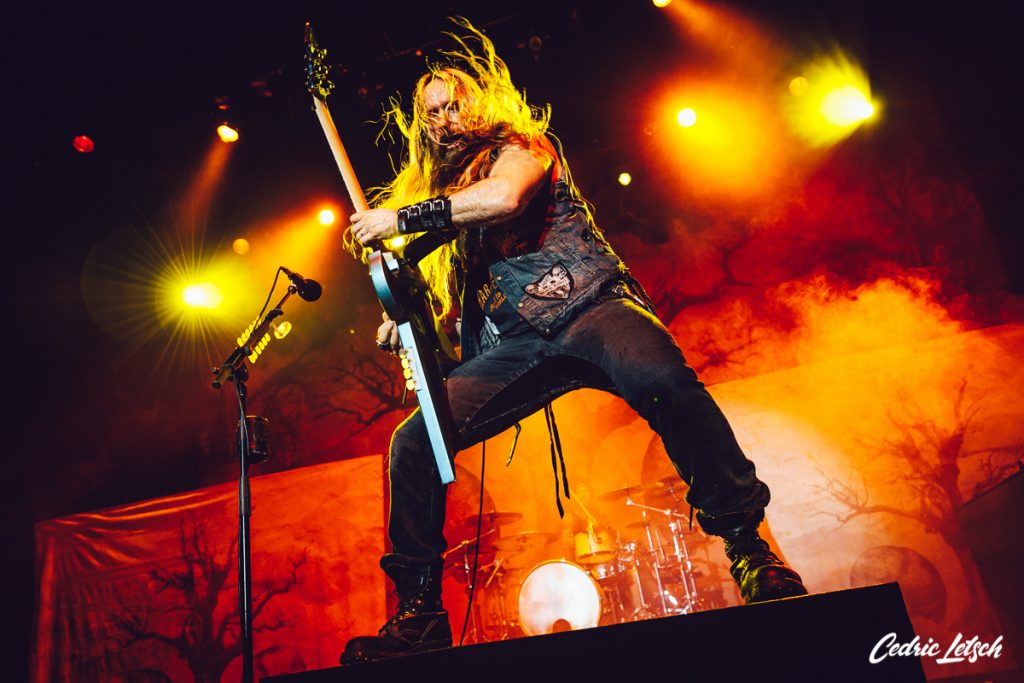 The limber rhythm section of Jeff Fabb and John DeServio kept things grounded in a bluesy shuffle to let Wylde and Lornia run all over the place. A few songs later, everyone in the audience was treated to one of the most interesting and exciting spectacles of all time. As Wylde was in mid solo of his epic piece “Throwin It All Away” off Book of Shadows I, he stepped off the stage, walked through the crowd and placed himself right in the middle of the floor, all the while not missing a single beat or note. At this point in time the crowd was losing their collective mind as Wylde tore through a ridiculous guitar solo in front of them, pulling out all the over the top techniques he is known for, such as playing behind his back and playing with his teeth. This lasted for what seemed like an indeterminable amount of time before he returned to the stage to finish the song to a rapturous audience response. 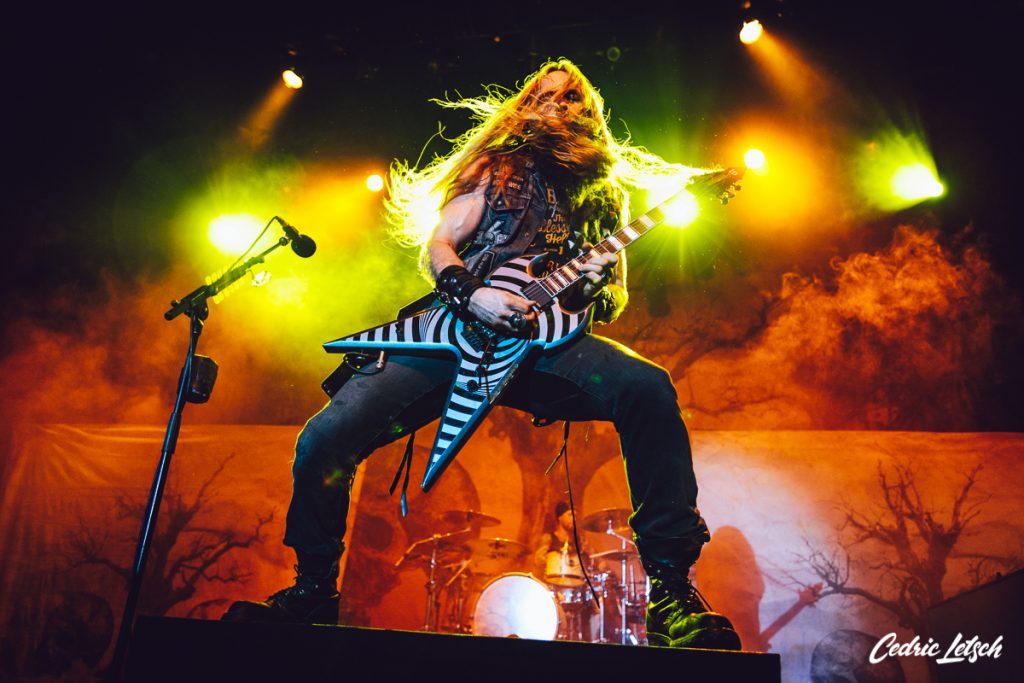 This would be the last long solo of the night as Wylde settled into playing some more deep tracks off of Book of Shadows I, starting with the acoustic song “Dead as Yesterday.” The piece features some of Wylde’s most emotional and evocative singing with its stripped down instrumentation consisting of just acoustic guitar and piano. It provided a perfect counterpoint to the crazy guitar heroics of the previous song and once again demonstrated Wylde’s depth as a songwriter and musician. 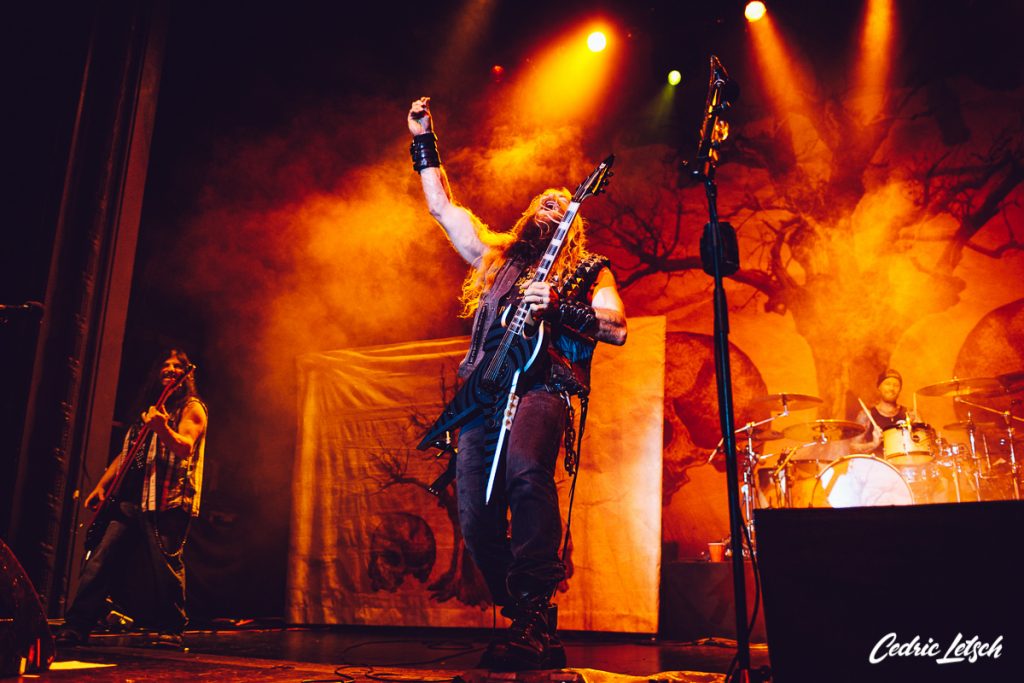 A few songs later the set concluded with a snappy version of “Sleeping Dogs” off the newly released Book of Shadows II, a swinging tune that featured a (relatively) brief solo as its ending coda. Overall the concert was a great way to showcase the multifaceted skills of Zakk Wylde, and it was certainly a delight to see him branch out from his typical heavy metal palette and explore different sides of his musical personality, proving that he is more than just a flashy guitar player.

Setlist: Sold My Soul |Autumn Changes |Tears of December |Lay Me Down |Road Back Home |Yesterday‘s Tears |Between Heaven and Hell |Throwin’ It All Away |Dead as Yesterday |Eyes of Burden |Way Beyond Empty |The King |Lost Prayer |Sleeping Dogs

For more information about Zakk Wylde, see his website.