Dead center in the prog-rock universe, Yes has played with a variety of lineups almost 50 years, some sort of record not just for prog-rock, but for any genre. While many of the members have been touring with other bands, and members from the first years are no longer with the band, YES sounded tight and relaxed, as if nothing had interrupted them for five decades. 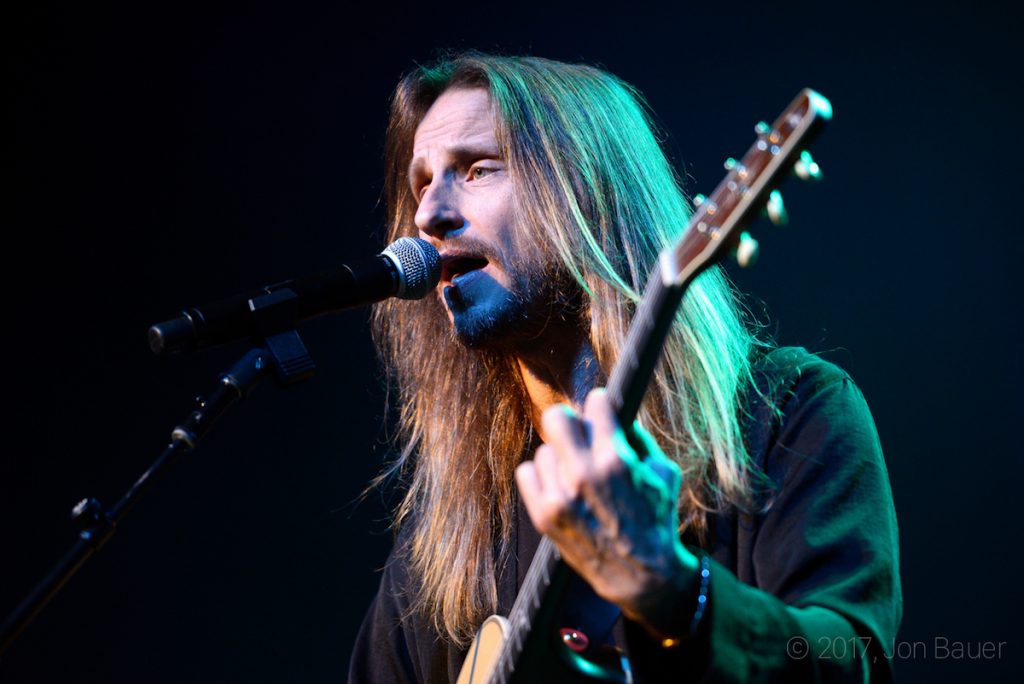 Right from the start the crowd, with a lot of grey hair as expected, was with the band. Every song generated a standing ovation, especially long ovations after the third song, “Yours Is No Disgrace.” Among all the cheering grey hairs were kids brought by their parents to see what had been just as special all those years ago. 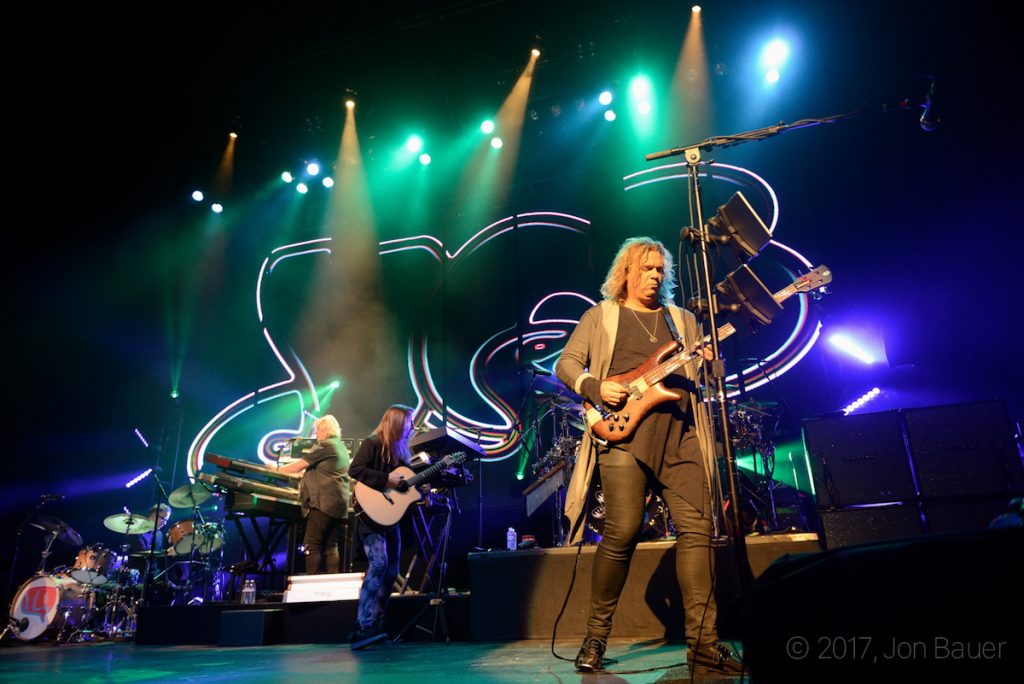 There were some intimate moments with just Steve Howe and Jon Davison on stage that reduced The Warfield to a small club with a couple old friends playing on stage. Jon Davison’s vocals shone during this mini-set. 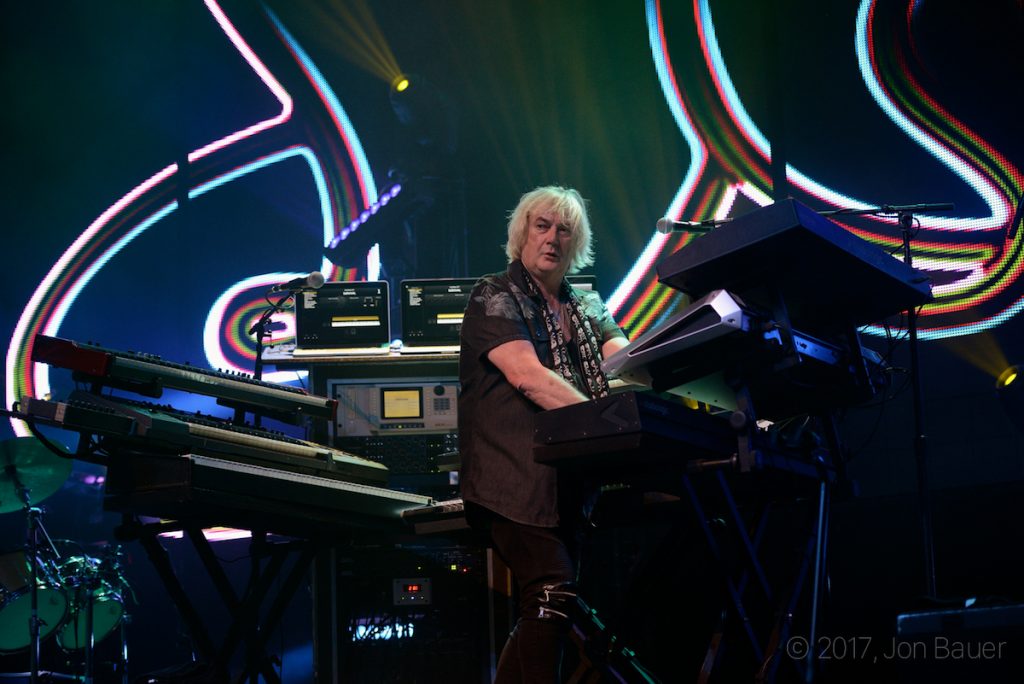 In contrast with the intimate moments, massive and vibrant visuals accompanied the music most of the night. With lasers and a big screen, the show became one of those “always remember” nights. 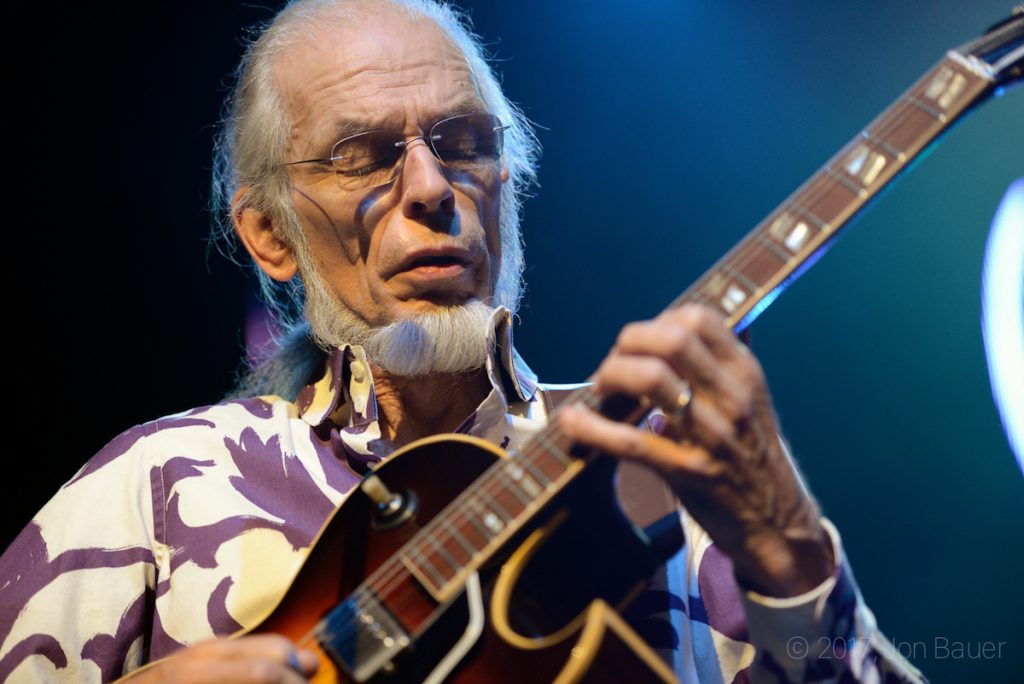 The set ended early, before 10PM, and everyone was on their feet clapping and yelling for more. Yes came back on stage to play three of their biggest hits in an extended encore that ran twenty minutes.

Here is a slideshow with more photos of YES by Jon Bauer:

Setlist: Survival | Time and a Word | Yours Is No Disgrace | South Side of the Sky | And You and I | Leaves of Green | Soon | Going for the One | Don’t Kill the Whale | Machine Messiah | | Madrigal | Roundabout | Starship Trooper