From the minute Michael McDonald and his band took the stage in front of an almost full house at the Fox Theater in Oakland it was apparent that all in attendance were in for an intimate ‘in your living room’ type of performance. 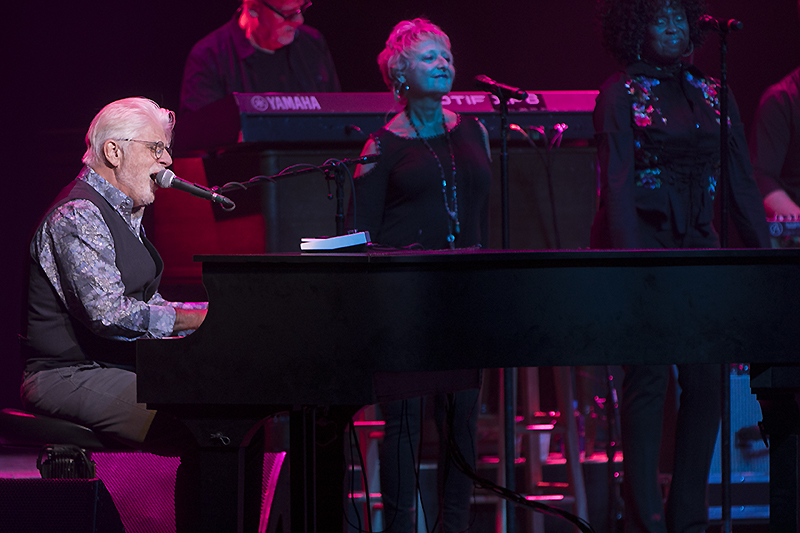 The usually open floor was filled with comfortable high-backed chairs, and the predominantly 50s and up crowd settled in as McDonald and his 6-piece band began the set with ‘Yah Mo B There.’ With this performance of the 1983 Grammy winning single (penned and recorded with R&B singer James Ingram that year) it was immediately clear that the silkily husky voice that is McDonald’s hallmark is still in full force.

Sitting behind the piano, McDonald spoke to the crowd in a very storyteller type manner before embarking on a slow drift through the hits of his impressive career of ‘yacht rock’ hits. The first stop on this voyage after the opener took the crowd to the Doobie Brothers years with the soulful bounce of ‘Here to Love You’ (Minute by Minute – 1978). 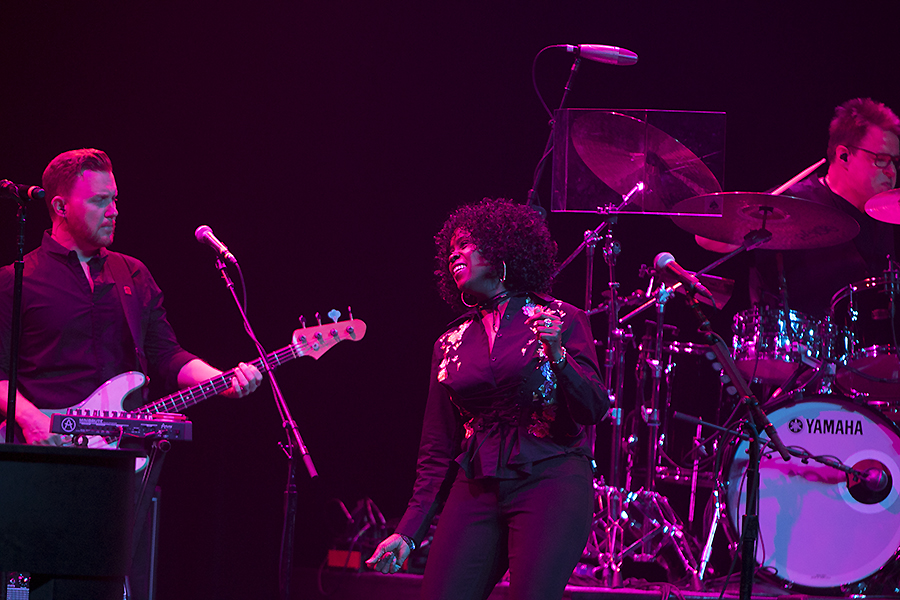 As the set progressed it was as if McDonald was revealing a map of his career. The next series of songs were from the continuous journey of his solo career. ‘I Keep Forgettin’ (Every Time You’re Near)’ from his 1982 solo debut album If That’s What It Takes brought the wine and cheese crowd out of their seats with its irresistible groove and that ‘voice’. This is likely McDonald’s voice at its most recognizable, and the man did not disappoint, laying down his buttery vocals while his rhythm section (Dan Needham – drums, Jacob Lowery – bass) rocked the house.

As McDonald spoke very thoughtfully about the current dark state of global affairs he urged the people to stay positive and things will turn around. He then brought out his wife Amy Holland (a very accomplished vocalist in her own right) to sing background harmonies with Drea Rhenee on an uplifting rendition of ‘Sweet Freedom’ (Running Scared soundtrack – 1986). 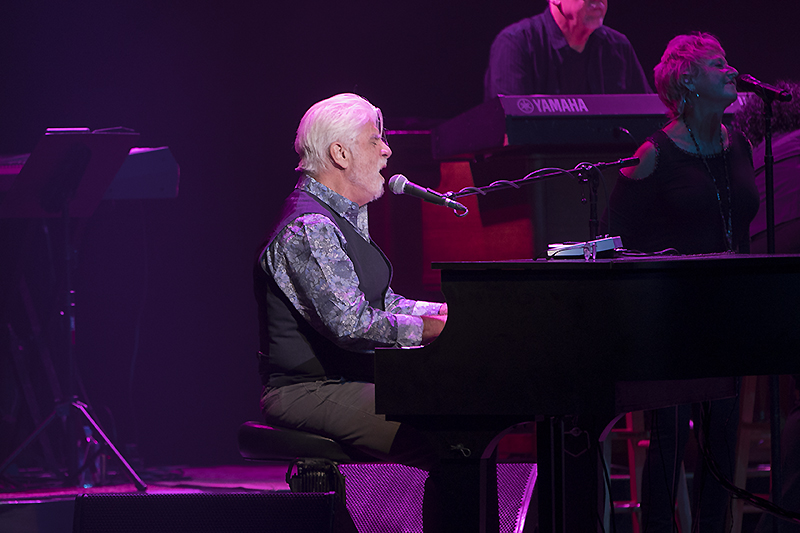 Rhenee then traded lead vocals with McDonald as Holland supported on a fantastic cover of Patti LaBelle’s ‘On My Own.’ The vocal exchange netted a studio-worthy performance that would have made LaBelle proud, drawing a roar of applause from the crowd that was now one cocktail in and warming up.

While still on the solo McDonald part of the trip, he decided to jump the set forward to some of the current material from his 2017 recording, ‘Wide Open.’ Of the trio of new songs that were played, all had the familiar classic soft rock blueprint that McDonald has made famous with dynamic harmonies and soaring choruses. However it was the relaxed back porch blues of ‘Half Truth’ that seemed to resonate most with the crowd, punctuated by some tasty guitar work from Bernie Chiaravalle. 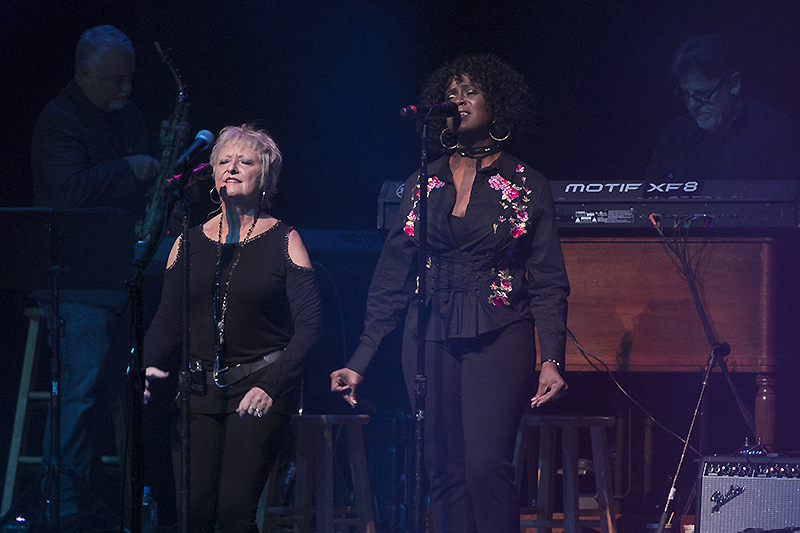 To close out the main set, McDonald again turned to the stable of hits which underscore his expertise at collaboration, this time highlighting his work with Kenny Loggins. ‘Minute by Minute,’ the eponymous hit from the 1978 Doobie Brothers album started with that all too familiar gospel lead in of electric piano, and had the crowd up and dancing and singing along.

The finishing move of the main set brought the loudest cheers of the night as McDonald and band rocked up a fine version of the Doobie Brothers’ biggest hit ‘What A Fool Believes.’ This was McDonald at his finest, sitting at his piano with eyes closed and belting out the chorus with his band and the crowd.

After being coaxed back to the stage for an encore McDonald took time to thank the audience and the Fox for hosting his show, wishing peace on all assembled before bringing out opener Marc Cohn to guest on a couple of covers, including a sailing sleepy acoustic performance of Van Morrison’s ‘Into the Mystic.’

For the final song of the encore McDonald returned to the Doobies port of the voyage, shaking up the crowd once more with a romping version of ‘Taking It to the Streets.’ the title track of the 1976 Doobie Brothers classic. 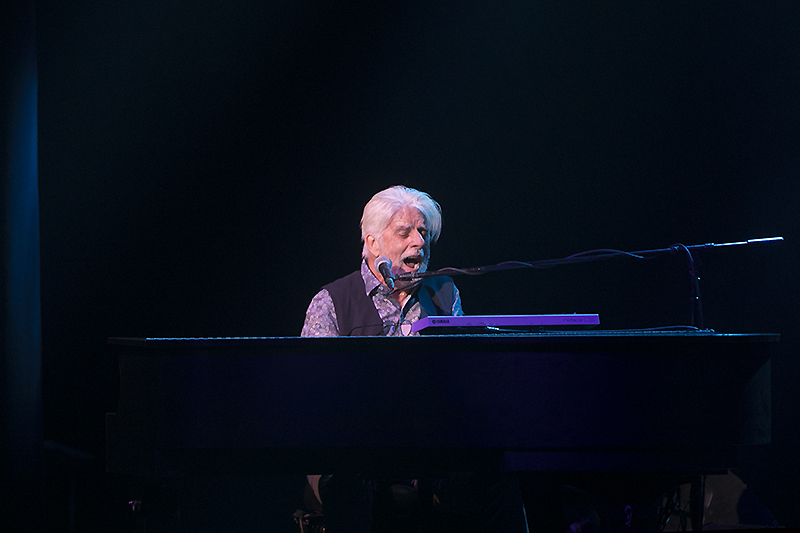 It’s funny that the term ‘yacht rock’ has taken on a connotation to ‘cheesy’ soft rock. This niche of music evokes some of the best life memories for those that grew up on it, and many of those folks at this evening’s show were there to reminisce on the simpler times when it was ok to write songs about appreciating life for the journey that it is, with the power of fine musicianship and polished song writing at its core. 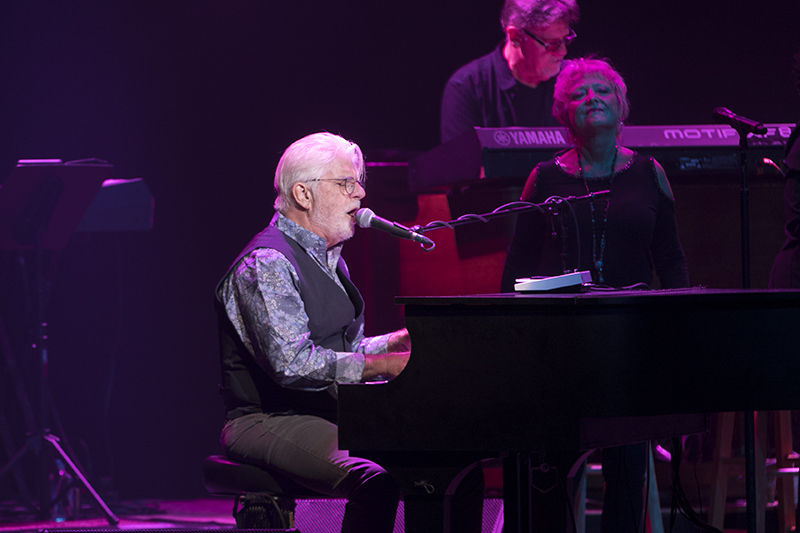 Before his exit from the stage, McDonald again wished blessings on the crowd, stating “I hope to see you all again real soon…hopefully in a more positive and peaceful time.” Let’s hope that the captain of this yacht of rock is right on both counts.

Find out more about Michael McDonald on his website.