As the band stepped onto the stage, Link Wray’s rock ‘n’ roll classic “Rumble” was blasting out of the house speakers. A man who surely had influenced their entire sound. Then, one by one, the original members of the Los Angeles punk group X walked with a slow but seasoned swagger. Their presence was that of a group that’s seen it all. This was yet another crowd. Though Billy Zoom, John Doe, Exene Cervenka, and DJ Bonebrake all graciously looked to their crowd with pleasure.

X is an interesting band in the punk rock pantheon. The group was bred from the underground punk movement in 1977 so not too long after the Ramones, The Clash, and the Sex Pistols released their debut records, the group dropped theirs titled Los Angeles in 1980. For the band to have that sound at that time was quite perfect and it guaranteed success. However, while their first handful of records were critically acclaimed, the members of X struggled with commercial success during their peak years. Guitarist Billy Zoom left in 1986 because of that though X continued to record music until 1993. Since the release of their final album Hey Zeus!, the band has regrouped a number of times and are now embarking on a 40th anniversary tour that will tally up to eight cities in the area that is beloved by the band: the West Coast. 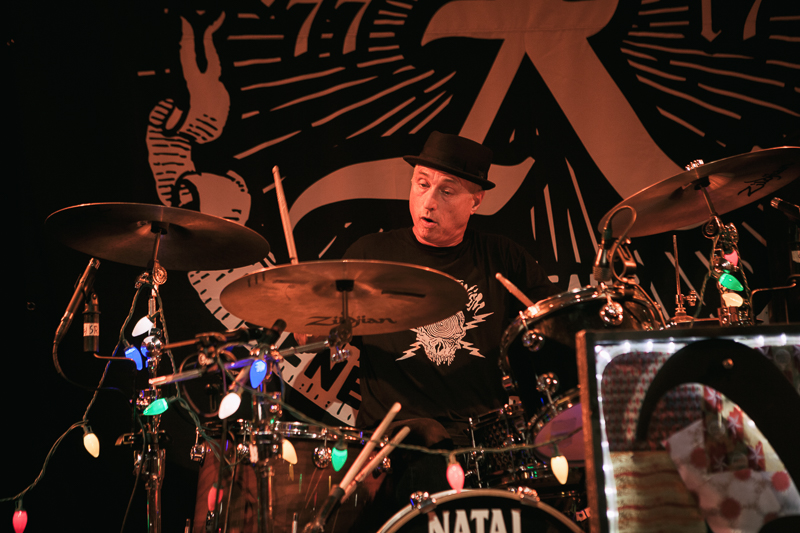 Now, to call the group a failure is not true at all. X was responsible for nurturing the American punk rock scene in the west coast and with their original sound the punk movement was able to grow in California at an alarming rate. The band was one of the first to do it in Los Angeles, a place where musical firsts are as abundant as ever. 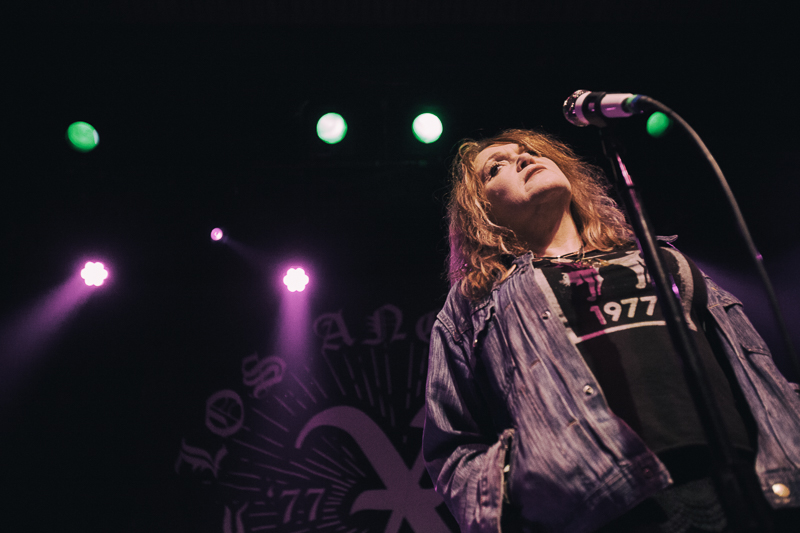 On December 8th at The Independent that night was the first of four. The setlist was a perfect mix of the greatest songs the band cooked up in the 80s. To my surprise, Exene’s voice hasn’t changed much at all. Her voice and John Doe’s vocals were left intact and it made for a more authentic X experience. The two harmonized over songs like “In This House I Call Home”, “Beyond and Back”, and my favorite “Los Angeles” as well as many other classics. Many were rocking though one person behind me claimed it was the best night of their life. So, you know they were doing it right. 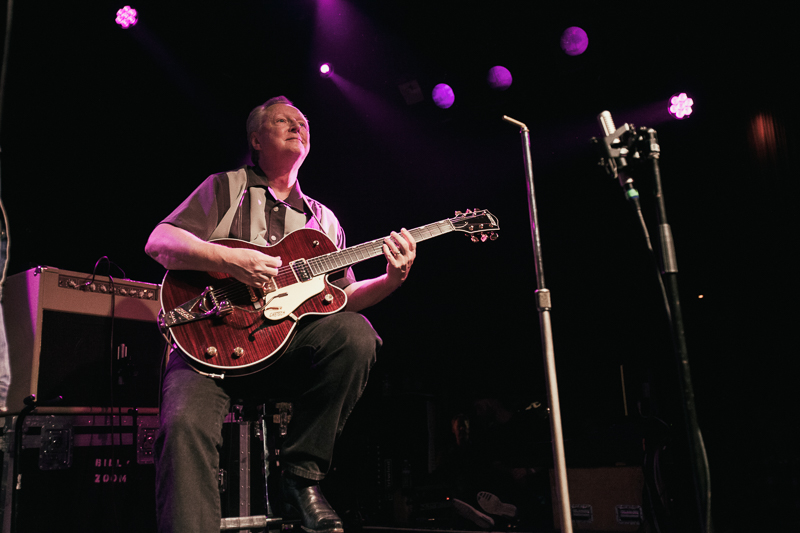 During the slower cuts, Billy Zoom stepped away from his guitar to play excellent saxophones solos. Zoom seemed to be having the most fun with his night. When he was on the guitar he would unleash extravagant guitar solos with a smile on his face. Exene, on the other hand, was quietly grooving by herself when she wasn’t on the mic. 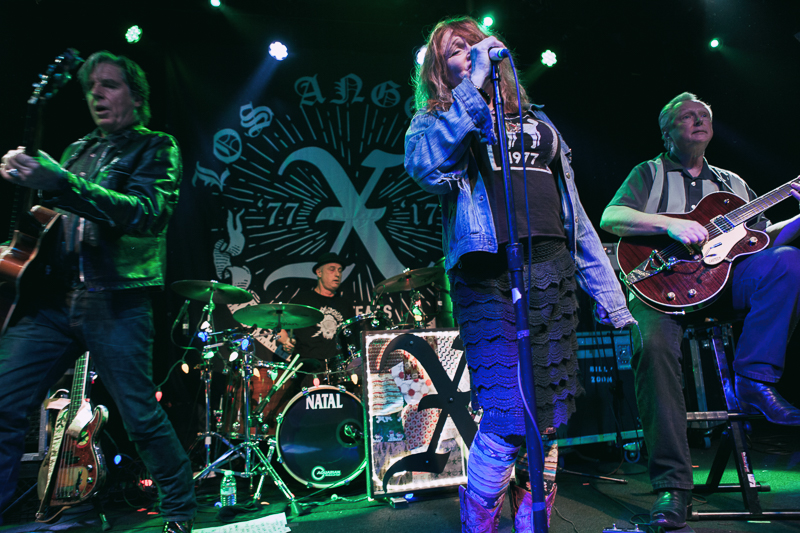 Overall, it was a great opportunity to see a band that is responsible for so much. My hope is that X enjoys this tour as much as possible. 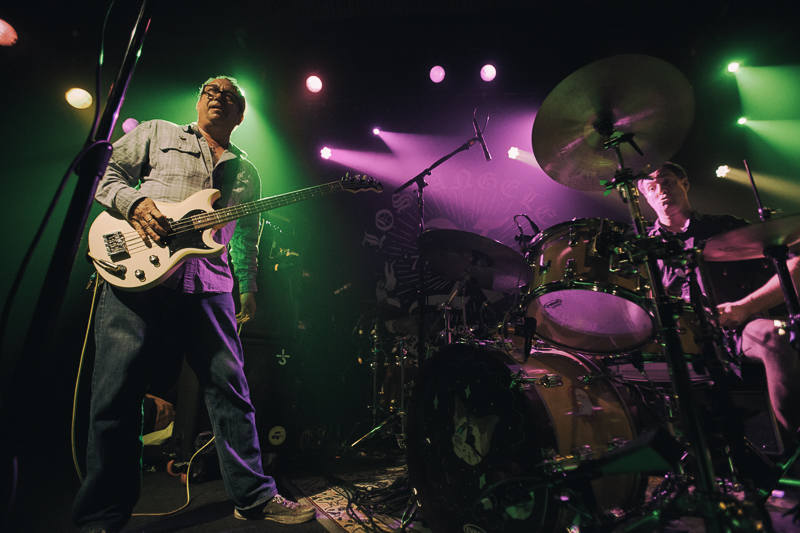 Mike Watt and The Secondmen

The band supporting X that night was Mike Watt & The Secondmen. Another punk band out of California. It was a three piece group free of any electric guitars. Only a bass guitar, keyboard, and a drum set were present on stage and it worked very well. The band worked in these math rock rhythms with fierce precision. The band would start and stop at odd places and change time signatures whenever the song called for it. It was quite an opener.

Here’s a slideshow with more photos of X by Bobby Cochran: