Photos of Whitechapel and Cattle Decapitation by Pollen Heath. Photos of Goatwhore by Raymond Ahner.

The Metal Blade Records 35th anniversary tour came to San Francisco on Friday night, with some of the labels most well-known bands delivering powerful and captivating sets to a packed audience. 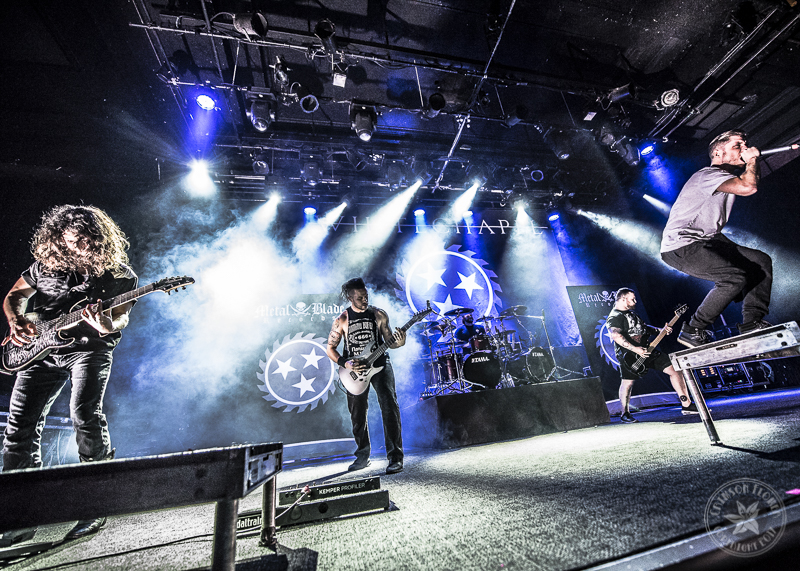 Whitechapel headlined the proceedings, bringing their devastating triple guitar attack to the Fillmore, pummeling the audience into submission. The band achieves their sound via the interlocking riffs of their three guitarists: Ben Savage, Alex Wade, and Zach Householder, who create a dense web of interlocking instrumentation that sonically assaults the ears when played at full speed. Underneath this, bassist Gabe Crisp and drummer Ben Harclerode play in lockstep, blending supercharged metal with booming hardcore-inspired breakdowns. Vocalist Phil Bozeman was in fine form on this evening too, with his caustic growl perfectly melding with the crushing instrumentation. 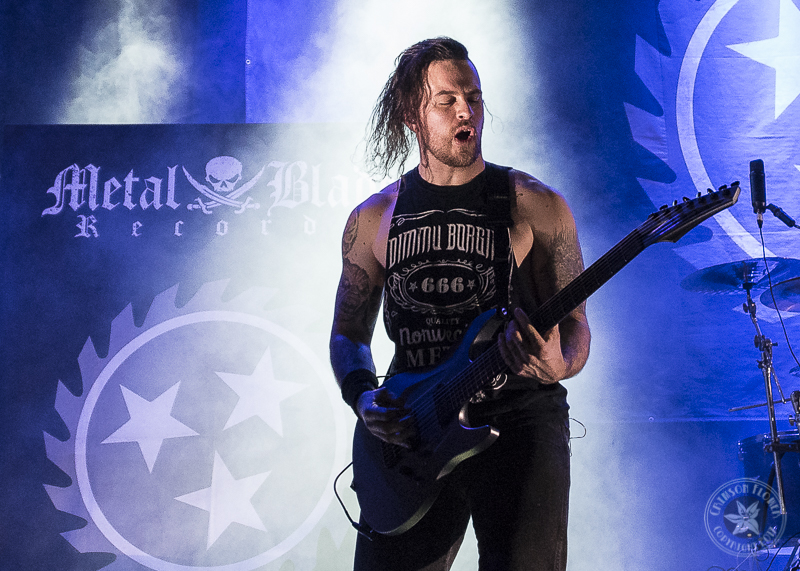 The group opened up with the pounding “The Saw Is the Law” from their 2014 release Our Endless War. The track begins with a flurry of hyper-precise guitar work all while being anchored by a complex and frenetic drum figure from Harclerode. By the time Bozeman came in to deliver the vocals the audience had already exploded into an all-out fury, with his guttural shrieks chiding the crowd to mosh harder and faster. Due to the speed at which the band played, their thirteen-song set seemed to blur by, melding into one massive blast of overwhelming sonic power. 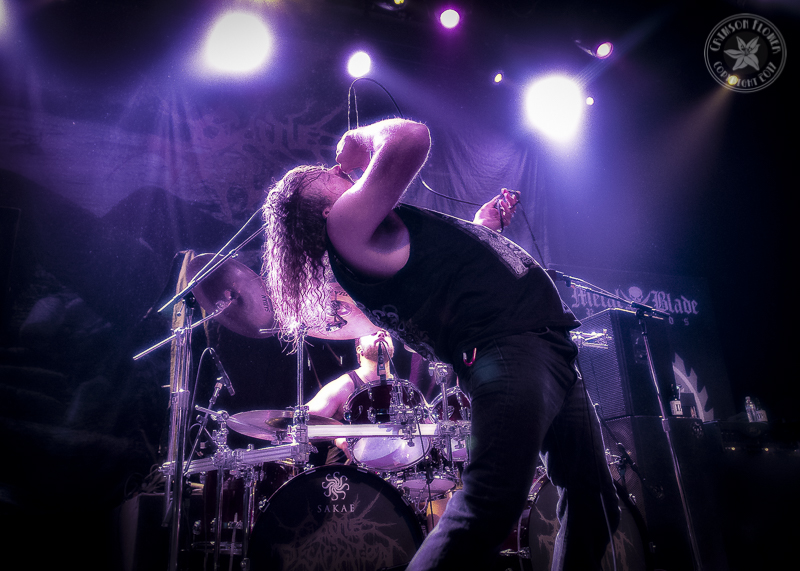 Cattle Decapitation put forth an inspired set which showcased their heavy take on grindcore and also drummer Dave McGraw’s impeccable rhythmic chops. McGraw seemed to play each and every song with a serene look on his face, even when performing some of the most inhuman drumming of the entire evening, combining fierce cymbal work with thrashing drum work. Frontman Travis Ryan performed with similar intensity, melding abrasive screams with low atonal howls. What really made the night a special one for fans was the band’s combination of supremely technical metal to go along with solid metal grooves. This approach was particularly evident on the mid-set scorcher “Circo Inhumanitas,” a song that combined all of these elements into one rampaging monster of a song. 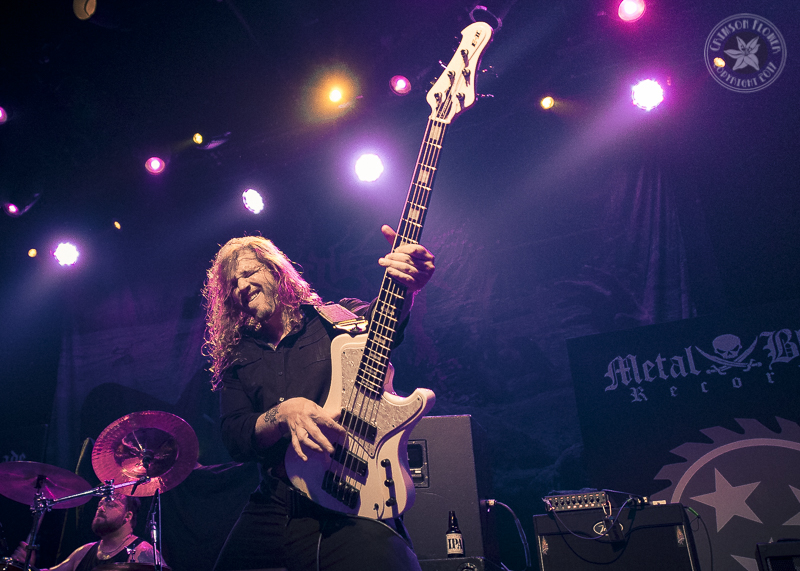 Alternating between complex interwoven guitar/bass passages and loose breakdowns, the song managed to hold the listeners interest for the entirety of its runtime. Bassist Derek Engemann really impressed on this song, effortlessly matching his speed and intensity with that of guitarists Josh Elmore and Belisario Dimuzio. The band closed out their set with the fan favorite “Kingdom of Tyrants,” which surprisingly contained some mild elements of harmony and melody: which only served to accentuate the atonal breakdowns present in the song. 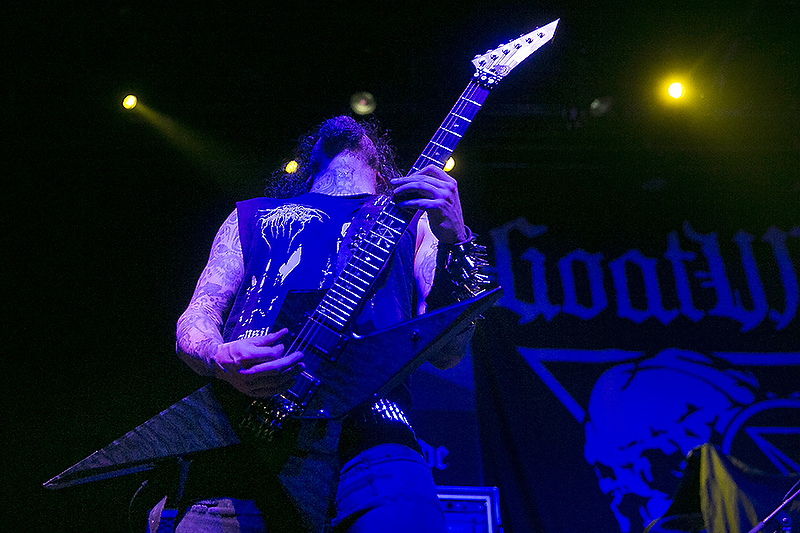 Goatwhore brought their powerful blend of thrash and black metal to open the show up, rousing the crowd into a fury with their fast paced attack. Guitarist Sammy Duet unleashed a torrent of guitar riffs over which vocalist Louis Benjamin Falgoust II howled over in his trademark rasp. Goatwhore’s songs are based around this dynamic between the two of them, making for an enthralling listen. Drummer Zach Simmons and bassist Rob “Trans Am” Coleman held things together, both demonstrating their immense musical dexterity and endurance. A particular highlight came in the form of the scorching mid-set performance of “Externalize This Hidden Savagery.”

Check out this slideshow of photos by Pollen Heath (Whitechapel, Cattle Decapitation) and Raymond Ahner (Goatwhore):

Setlist: The Saw Is the Law | Faces | I, Dementia | Our Endless War | Mark of the Blade | Elitist Ones | Prostatic Fluid Asphyxiation | Eternal Refuge | Vicer Exciser | Let Me Burn | Section 8 | Possibilities of an Impossible Existence || Encore || This Is Exile

For more information about Whitechapel, check out their website.

Setlist: An End to Nothing | Alchemy of the Black Sun Cult | Collapse in Eternal Worth | Cold Earth Consumed in Dying Flesh| Externalize This Hidden Savagery | Reanimated Sacrifice | The All-Destroying | FBS | In Deathless Tradition | Baring Teeth For Revolt | Apocalyptic Havoc

Everything you want to know about Goatwhore can be found here.