Valerie June arrived on stage literally sparkling. A sequined skirt, metal-studded cowboy boots, glitter eye shadow, and a shiny hair clip. Her appearance matched her show in every way, as she regaled the audience with stories and played her unique music. The effervescent personality, the shiny appearance, and the mostly upbeat songs kept a packed Fillmore entranced the whole evening. 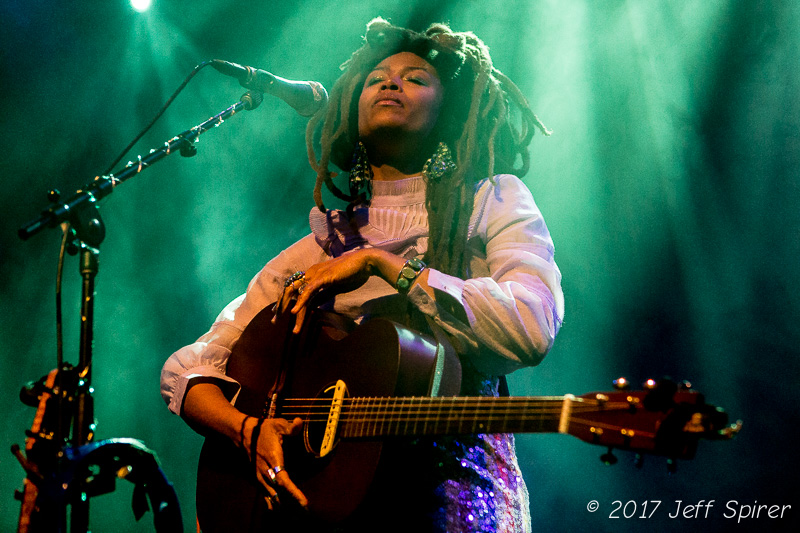 A concert with Valerie June feels like a night sitting around the kitchen table with an old friend. June chats, tells stories, and moves in and out of songs transparently. Even when singing and playing one of her stringed instruments – guitars, banjo, banjo ukulele, and sometimes her fingers, which evoke spirits as she stands at the mic – June brings comfort to the audience. 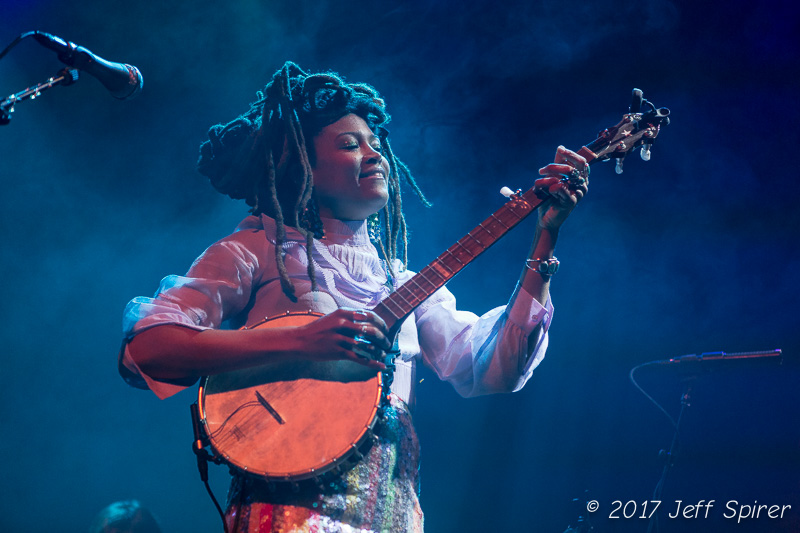 The centerpieces of any June show are “Raindance” and “Somebody to Love.” The two songs share their deep American, southern even, roots. While “Raindance” is country blues and “Somebody to Love” is blues-y country, June’s instantly recognizable voice blurs the difference in origin; every song wins the battle against being stuffed into a genre. Instead, every song inhabits the genre known as Valerie June. And the crowd clapped, sang, and stomped along. 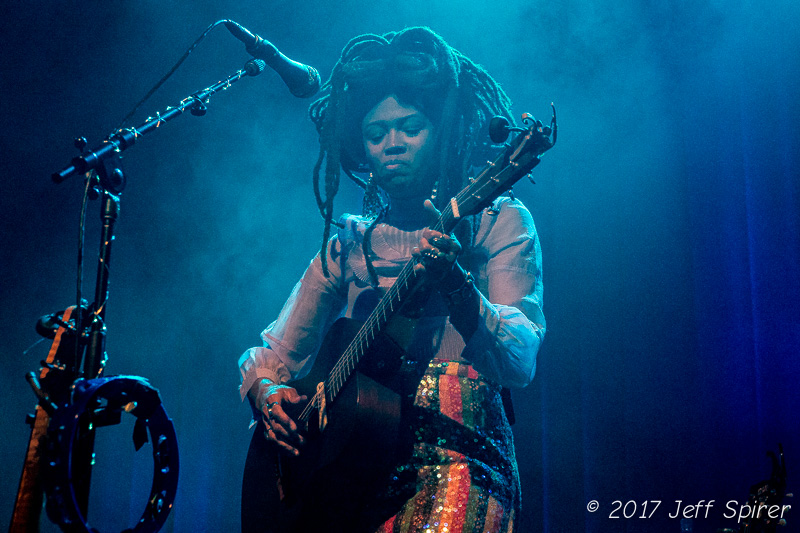 June played songs from her latest album, The Order of Time, which received as warm a welcome from the audience as the most well-known in her repertoire. “Astral Plane,” the first song of the three-song encore, brought out the more spiritual side, with a slow tempo and keyboards taking on a big role. June introduced the song with a meditative moment, bringing a Buddha statue to the front of the stage and kneeling with her hands out towards the audience. She finished the show with the rousing “Got Soul,” another song from the new album, one which leaves such a strong taste afterwards that June can’t be forgotten, even while riding home on the 22 bus.

All night, June’s band accompanied her perfectly, with just the right amount of intensity or quiet whenever it was called for. Of special note, Matt Marinelli, who co-produced The Order of Time, played bass beautifully while providing a visual counterpoint with his long beard, shades, and generally scruffy looks. 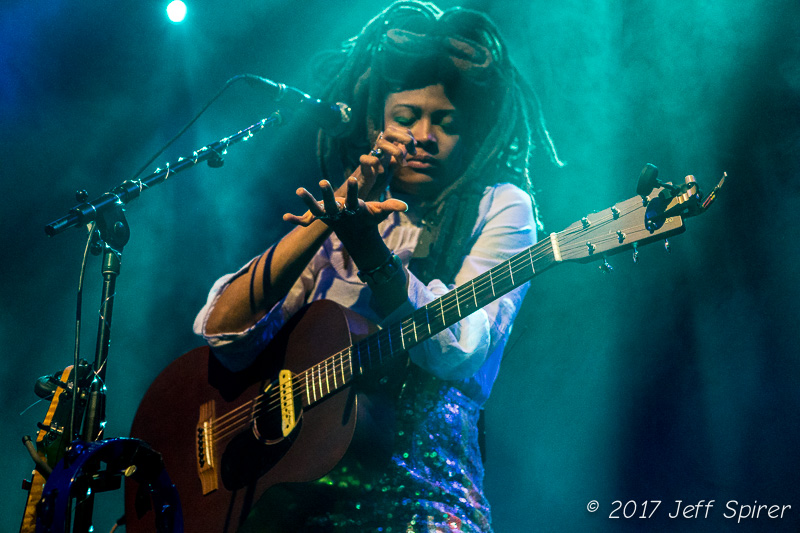 There was a moment, maybe 2/3 of the way through the show, when June cried. Apparently one of the last artists Lou Reed listened to before dying was June. She told the story of going to the bookstore to find out about it, with Reed’s posthumous biography by Anthony DeCurtis recounting the moment. June could barely get through the story. 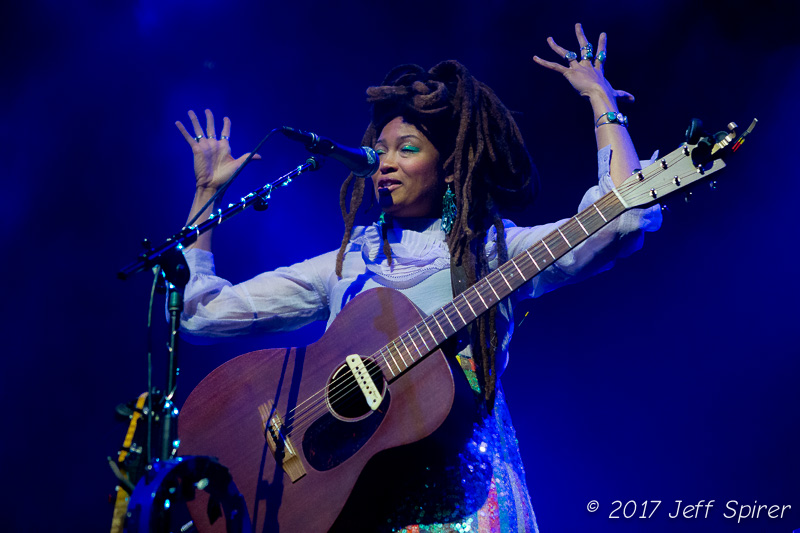 But still, there was that sparkle. All night. Her clothes, her dancing around the stage, her voice, her banjo ukulele, it all made for a shining night.

Opener Gill Landry performed with just an acoustic guitar, a harmonica, and his voice. Landry, who hails from Louisiana and has been touring with June, plays bluesy country songs of his own that echo the south in his own way. It was tough, the Fillmore feels cavernous without a full band on stage, but Landy upped the energy when he sensed he wasn’t reaching everyone.

Find out more about Valerie June on her website.