Guitarist Uli Jon Roth, known for his trailblazing work as a member of the Scorpions during the 1970s, came to Slim’s on a Wednesday evening to perform a setlist comprising mainly Scorpions classics. Roth was on tour promoting his newest live release, Tokyo Tapes Revisited, which saw him performing at the same Tokyo concert hall where the Scorpions recorded their legendary live album Tokyo Tapes. Roth and his stellar backing band also included some fiery material from his solo work and a few jaw dropping covers during the night; however, the main focus was on Scorpions songs, which showcased Roth’s innovative and technically proficient playing. Roth was one of the first rock guitarists to incorporate neo-classical styles into the genre: breaking away from rock’s blues based origins. 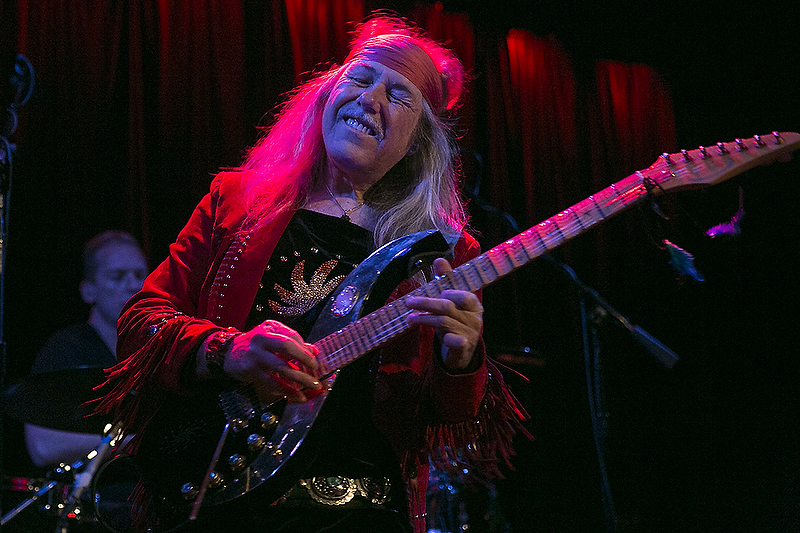 The band opened the set up with the straight forward rocker “All Night Long” before tearing into the exceptional “Longing for Fire.” The song is punctuated by a speedy and tight bassline from Nicklas Turmann (who also doubled on vocals) over which Roth played some of the most impressive guitar work of the night. In less than three minutes. the song twists and turns through two notable guitar solos wherein Roth manages to pack in plenty of screaming notes on his Sky Guitar. The instrument was customized specially for Roth amd features an extended number of frets, giving the guitar a violin-like sound at times. Following this was yet another impressive track, “The Sails of Charon” from the Taken by Force Album. This might be Roth’s most well known composition because it contains several innovative musical turns, starting out with a memorable riff that conjures up ancient Middle Eastern tones before Roth rips into a dazzling solo that manages to combine impossibly fast atonal runs with blistering harmonies. Guitarist David Klosinki also demonstrated his own technical feats on this track, managing to hold his own against Roth with some incredibly precise lead playing. 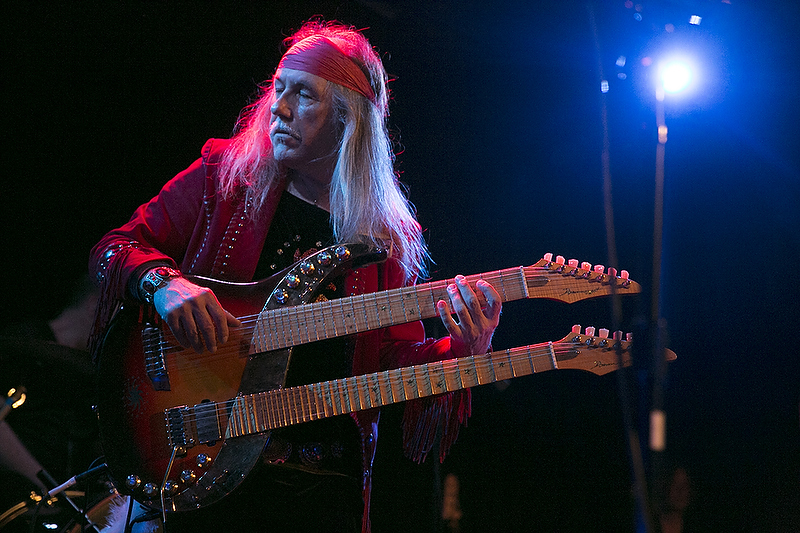 A few songs later fans were treated to an incredibly captivating piece of classical guitar playing from Roth, who brought out his mammoth double-necked Sky Guitar to play a series of harmonically dense passages while Turnmann showed off his own guitar virtuosity. The whole thing appeared to unfold organically as both musicians fed off of each other towards a captivating climax where Turnmann nailed a beautiful series of ascending runs across the whole range of his guitar. 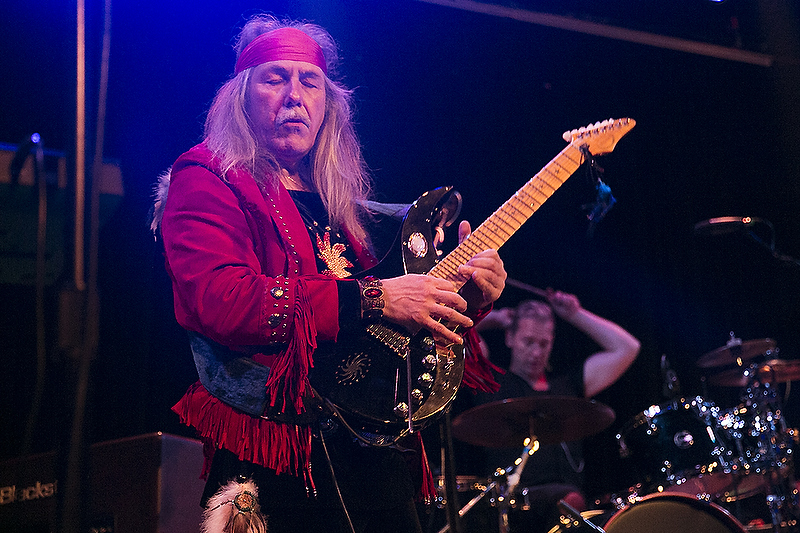 This lead into the perfect introduction to the Scorpions epic “Fly to the Rainbow.” The song is the title track on the Scorpions second release and is one of the first instances of twin guitar harmonies being used in rock music. After an acoustic intro, the song begins this harmonic pattern, with Roth and Klosinki harmonizing their parts over a galloping bassline. 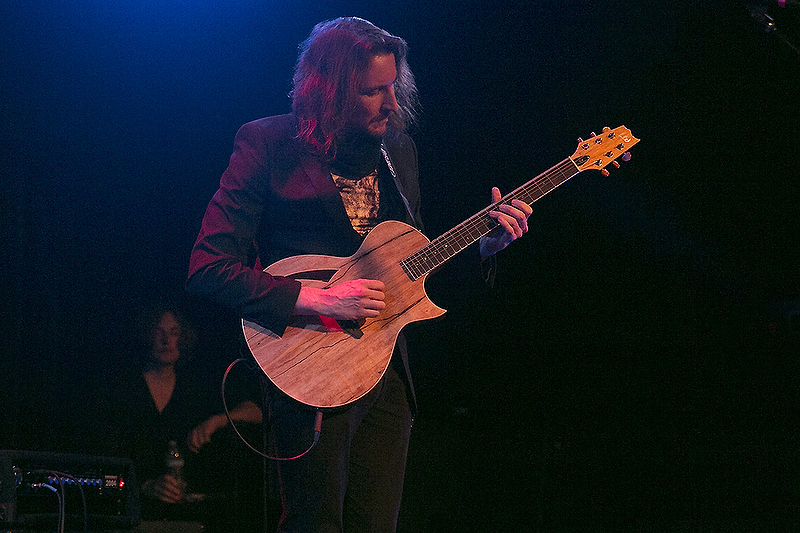 Roth and company continued to roll out Scorpions classics, adding on some more extended solos to the songs, adding a sense of wonder and intrigue that separated them from their studio counterparts. The band closed out the Scorpions set with a scorching rendition of “Catch Your Train.” The song alternates between straightforward rocking and insane guitar work from Roth, who absolutely unleashed some of his most interesting playing of the whole night. 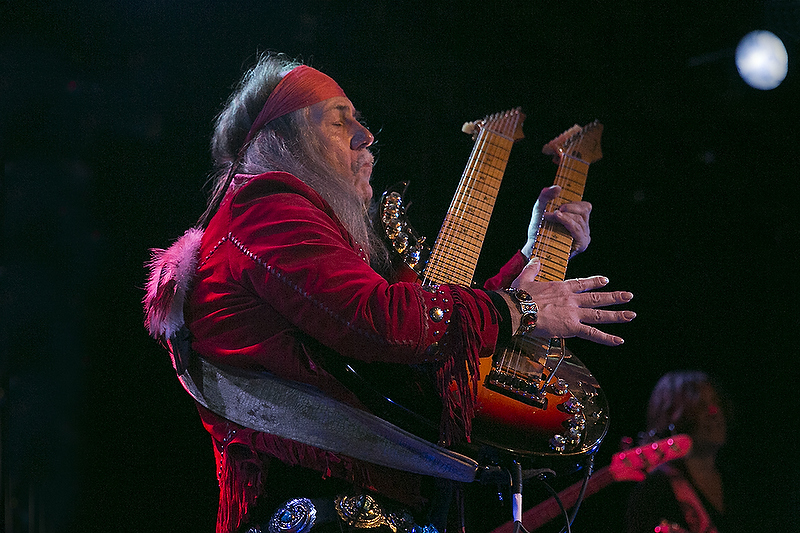 To close out the show, Roth pulled out two inspiring covers, “All Along the Watchtower” and “Little Wing.” As Roth is a noted Hendrix disciple, it was fitting for him to finish his performance by playing tribute to one of his main influences. While All Along the Watchtower is originally a Bob Dylan song, Roth performed it in the style of the Hendrix version, channeling his own sense of style into the piece while still retaining the blistering leads in the vein of Hendrix. 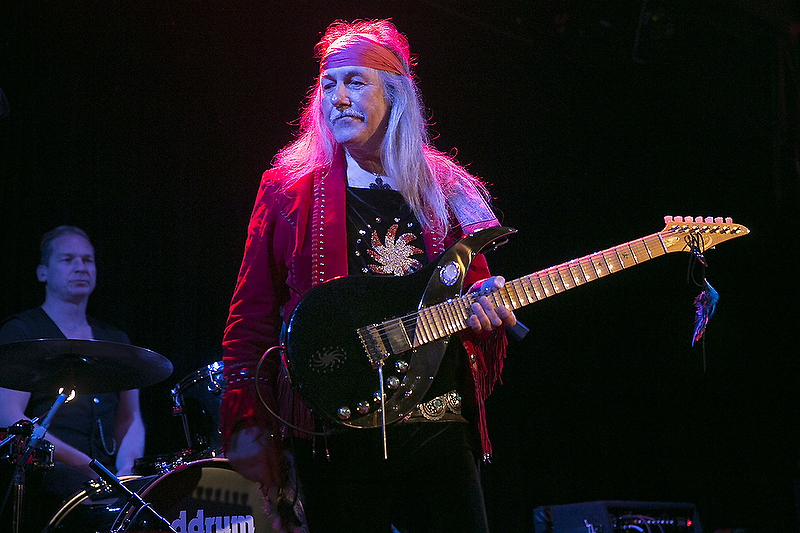 It was a fitting end to an excellent night of music from Roth, who continues to find new ways to innovate as a musician in his fifth decade of his professional career.

For more information about Uli John Roth, see his website.