Two decades and four years had passed since Udo Dirkschneider graced a San Francisco stage prior to last Saturday’s Dirkschneider show at Slim’s. That last appearance in 1993 saw Udo accompanied by his German mates in Accept. He had never played San Francisco with his post-Accept band U.D.O. either. Although U.D.O. is very-much an active band, the band is touring as Dirkschneider to mark Udo’s swan song performances of Accept-era material. He is forever (word used loosely by musicians) closing the door on that chapter of his career and has vowed to not perform the Accept classics again live, focusing purely on his U.D.O. material. Needless to say, the Bay Area metal crowd was hungry to say the least to both see Udo live as well as hear some of their favorite 80’s metal hits. This would be evident by the overwhelming crowd that braved another La Niña storm to pack the venue. As the intro wails over the PA, the band storms the stage to a raucous welcome and immediately dives into 1981’s “Starlight” from Accept’s third studio album, “Breaker.” Although there was a “No Moshing” policy enforced by the venue at the band’s request, there was still palpable energy with fists pumping on the main floor. This energy kicked up a few notches when Udo graced the stage and belted out the first line “Know the bright lights of Hollywood.” Although some of the purists may have grumbled about not seeing the Accept tunes played by the original band, it’s a safe bet the majority were blown away by how well the songs were executed. The band was sharper than Ashley Judd’s “nasty” tongue! 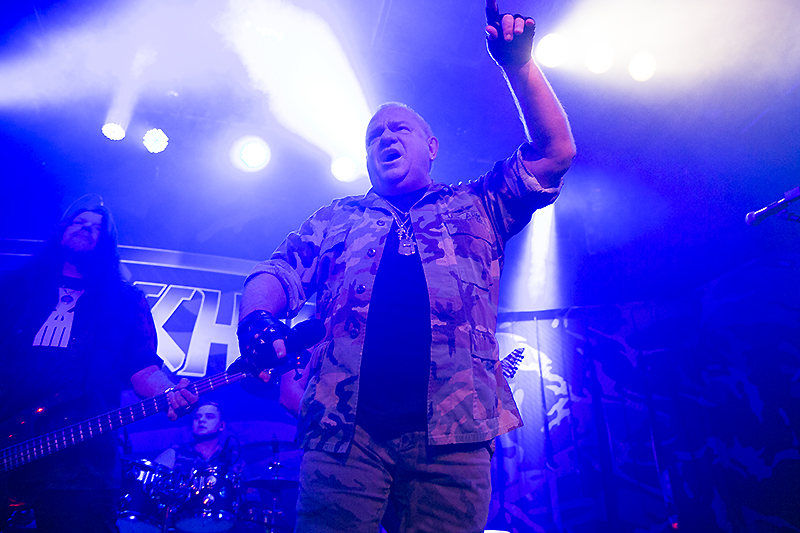 U.D.O. guitarists Andrey Smirnov and Kasperi Heikkinen were absolutely flawless and owned the Accept tunes as if they were their own. Very similar to the mold made by original Accept guitarist Wolf Hoffman, both axemen exuded confidence and perfection while flashing plenty of smiles mixed with the typical metal facial expressions accompanied by whammy-bar dive bombs and impromptu solos. They paraded about and took center-stage quite often like a couple of metal Euro-studs. Tearing through classics like “London Leatherboys,” “Midnight Mover,” and “Princess of the Dawn,” the hits just kept coming like a freight train full steam ahead. 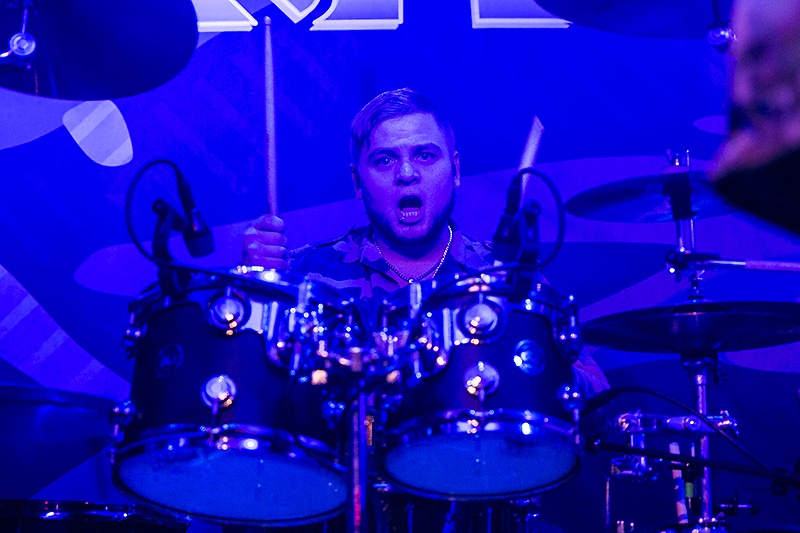 Carrying the torch of the Dirkschneider namesake, son Sven turned in a monster performance behind the drum kit. Having proved he’s big stage ready by filling-in for Saxon previously, he did a fantastic job and provides the band with a solid backbone. Almost as signature to the Accept tunes as Udo’s gravelly vocal delivery, the bass tone was stellar as laid down by longtime U.D.O. member Fitty Weinhold celebrating his twenty-first year with Udo. Weinhold has great stage presence and attacks his role with many similarities to Iron Maiden’s Steve Harris. 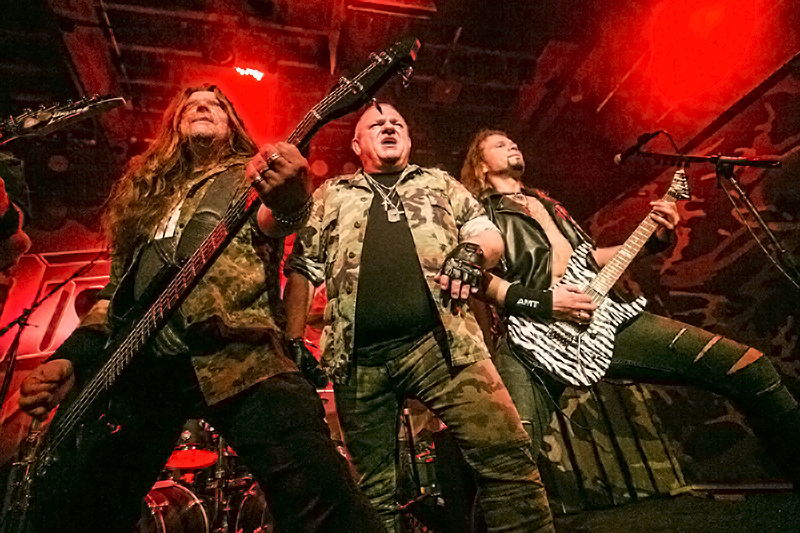 While these are all great ingredients which made for a terrific live show, none shined more this night than Udo, just three months shy of his sixty-fifth birthday. Draped in his signature camouflage army apparel, he was on fire! Holding his age well (must be all of that relaxing on his Spanish island), he sounded timeless while delivering hits “Son of a Bitch,” “Midnight Highway,” and “Monsterman.” Nailing the highs and lows with perfect vibrato, Udo sounded as if he was in his prime. After a brief exit from stage to build up the inevitable encore, Udo and crew returned to deliver a blistering five more songs! After blazing through “Metal Heart” complete with crowd chanting along like a powerful capacity English soccer stadium, “I’m a Rebel,” and “Balls to the Wall,” he asked the crowd “So you want some more?” It was plain to see neither Udo nor the Slim’s crowd was ready to bid adieu after such a stellar stroll down metal memory lane. With enough Red Bulls, I am sure the band and crowd could’ve endured their balls to the barricade for another sixty minutes. But as all good things must come to an end, the band churned out a great rendition of “Burning” also from 1981’s “Breaker” album before the final bow.