Early during his band’s set at Montbleu Resort and Casino in South Lake Tahoe, Troy “Trombone Shorty” Andrews introduced the song “On Your Way Down” by explaining to the audience that it was penned by the late New Orleans musician and songwriting titan Allen Toussaint. Andrews, who turned 31 this year, recorded the song with the legendary Toussaint when he was only in his early 20s. By that time the young native of the Treme neighborhood in New Orleans had already been gigging with some big names for a couple of decades. In fact, Andrews first played the New Orleans Jazz and Heritage Festival when he joined Bo Diddley onstage at the age of four. Over time, he has shared the stage with many musical icons. 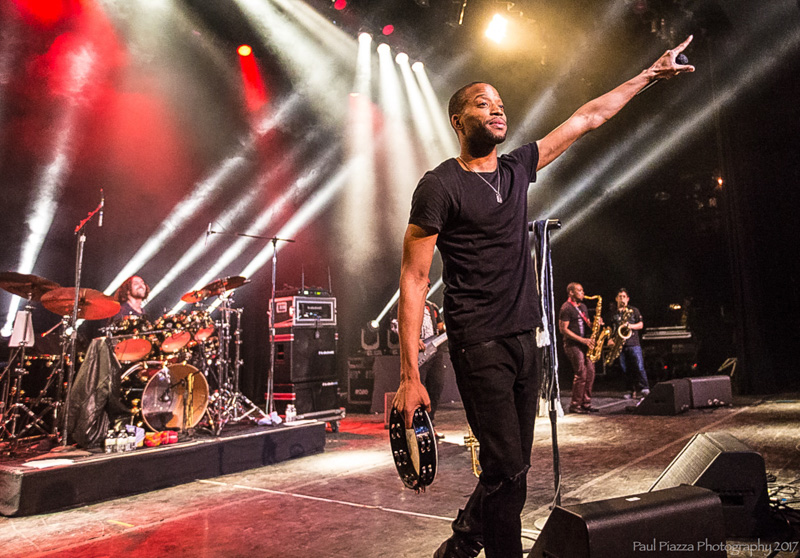 Most recently, Trombone Shorty and Orleans Avenue have been on the road opening for the Red Hot Chili Peppers on the North American leg of their tour. On this rare night off, rather than relax after playing three big shows at the Staples Center in Los Angeles, they headed for the mountains where they headlined at Montbleu. Naturally, they made the most of it, treating a sold-out house to an extended set that had the crowd dancing from start to finish. 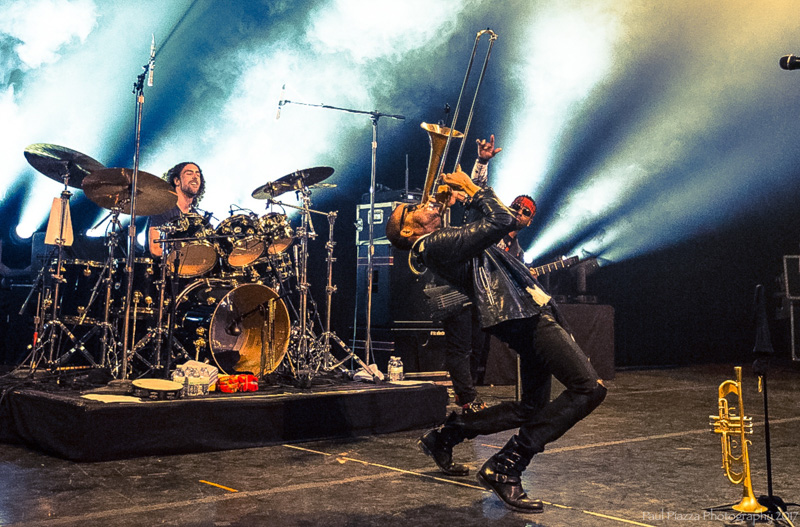 The venue, inside what was formerly known as Caesar’s Tahoe, has hosted legends like Tony Bennett, Cher, and Dean Martin in the past. Since undergoing a remodel in 2015, it’s become a cozy room with an old school feel. It has ample seating, featuring big tables and comfortable booths as well as an open dance floor up front. On this night, Shorty and the band had the floor packed and people dancing in their seats. 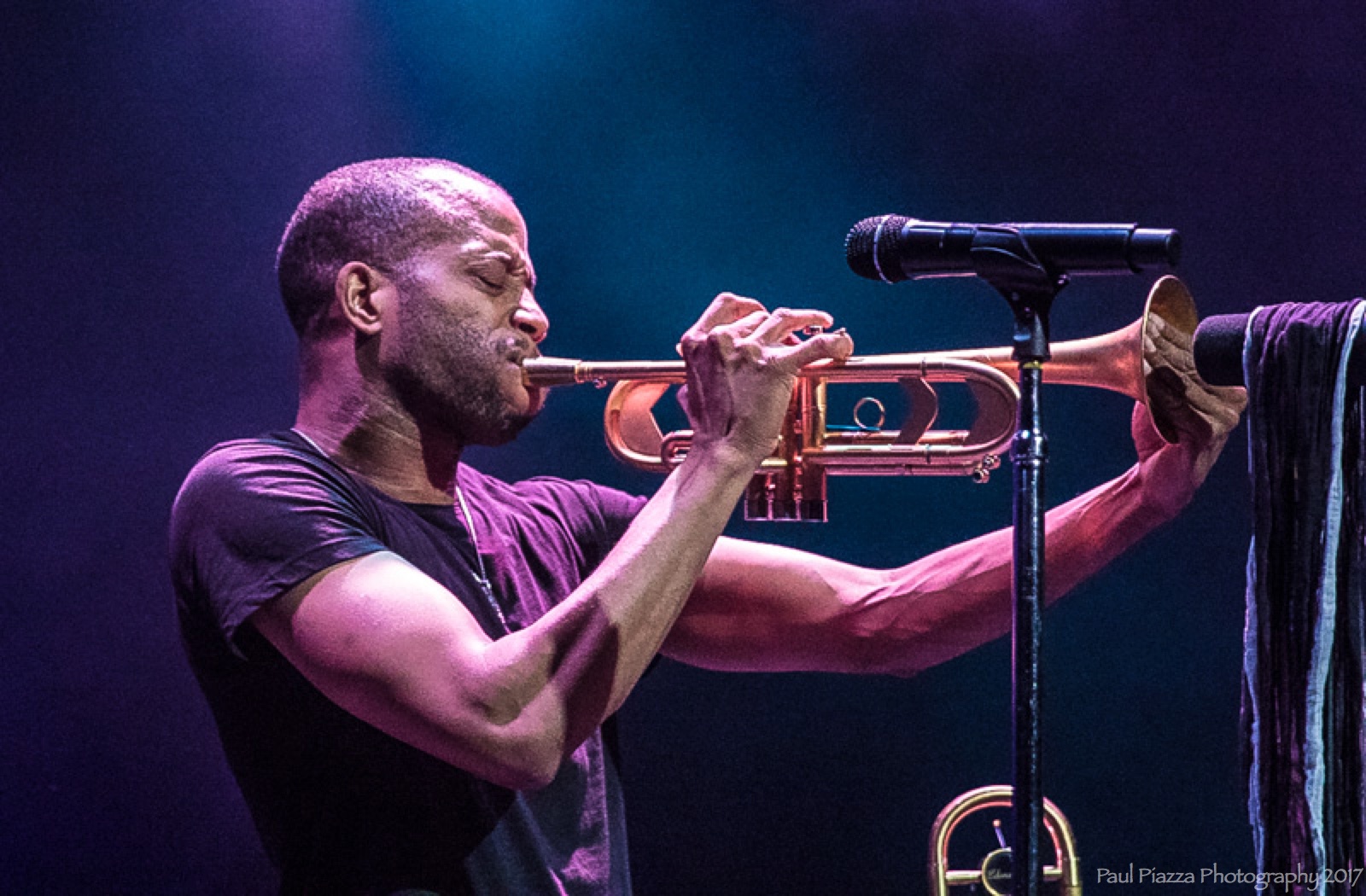 They exploded onto the stage with “Backatown” and never eased up during the entire set that ran over 100 minutes. Andrews, who began as a child prodigy, has mastered both the trombone and the trumpet and throughout the set he alternated between the two instruments. Some songs were instrumentals and on others Andrews displayed his smooth vocals. During one impressive interval, he held a note on the trumpet for what seemed like almost five minutes. Later, he took a turn on the drum kit. 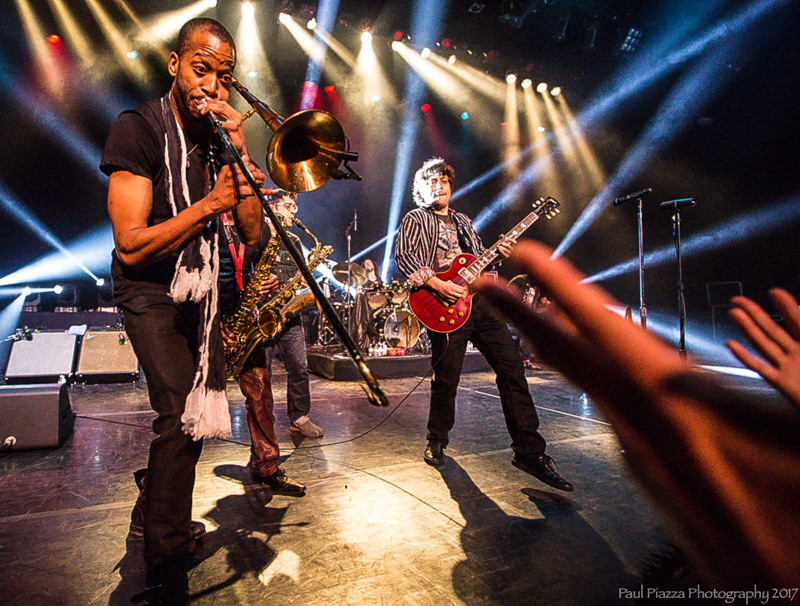 Andrews has described his band’s music as “superfunk rock” in interviews. He characterizes it as “a high energy of New Orleans music-funk, rock, soul, a little hip-hop, some jazz, everything that you can hear walking down the street. Everything you can hear from what Mr. Toussaint did in the studio. It’s just our level of sound. It’s just our interpretation of what we grew up doing.”

Orleans Avenue is comprised of Pete Murano on guitar, Joey Peebles on drums, Michael Ballard on bass, Dan Oestreicher on baritone saxophone and B.K. Jackson on tenor saxophone. They are an assembly of high-level musicians who can play a wide variety of styles. All but Jackson have been longtime band members. 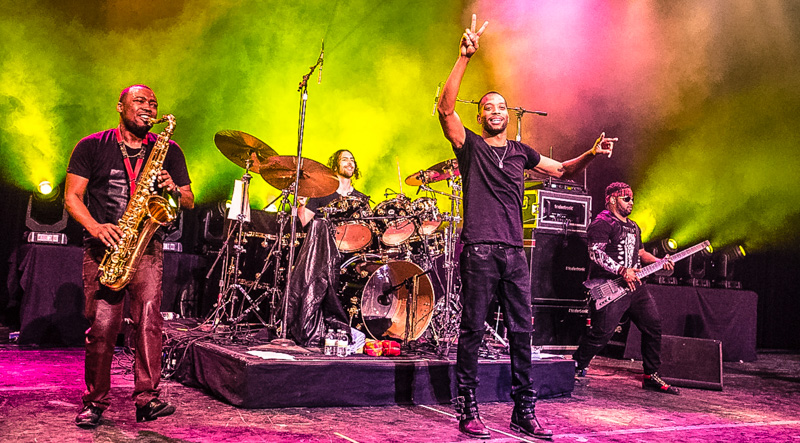 Murano rips on his Gibson, while Peebles attacks the drums like a beast with funky finesse. Ballard, also known as “Mike Bass” is a gifted bassist who plays with dynamic emotional flair. Oestreicher is a solid baritone, who has a sly sense of humor onstage. 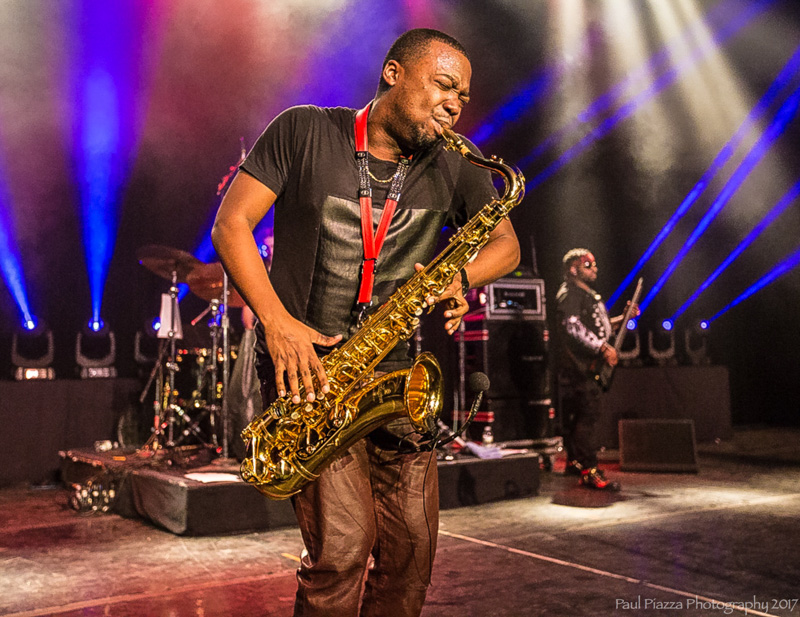 Jackson, the band’s newest member, came in with a solid resume, having played with Prince’s NPG horns from 2012-2015. He brings sharp playing and blazing energy to an already highly energized group of top-notch players. While the band is capable of fine subtleties, they generally keep their performance at high throttle. 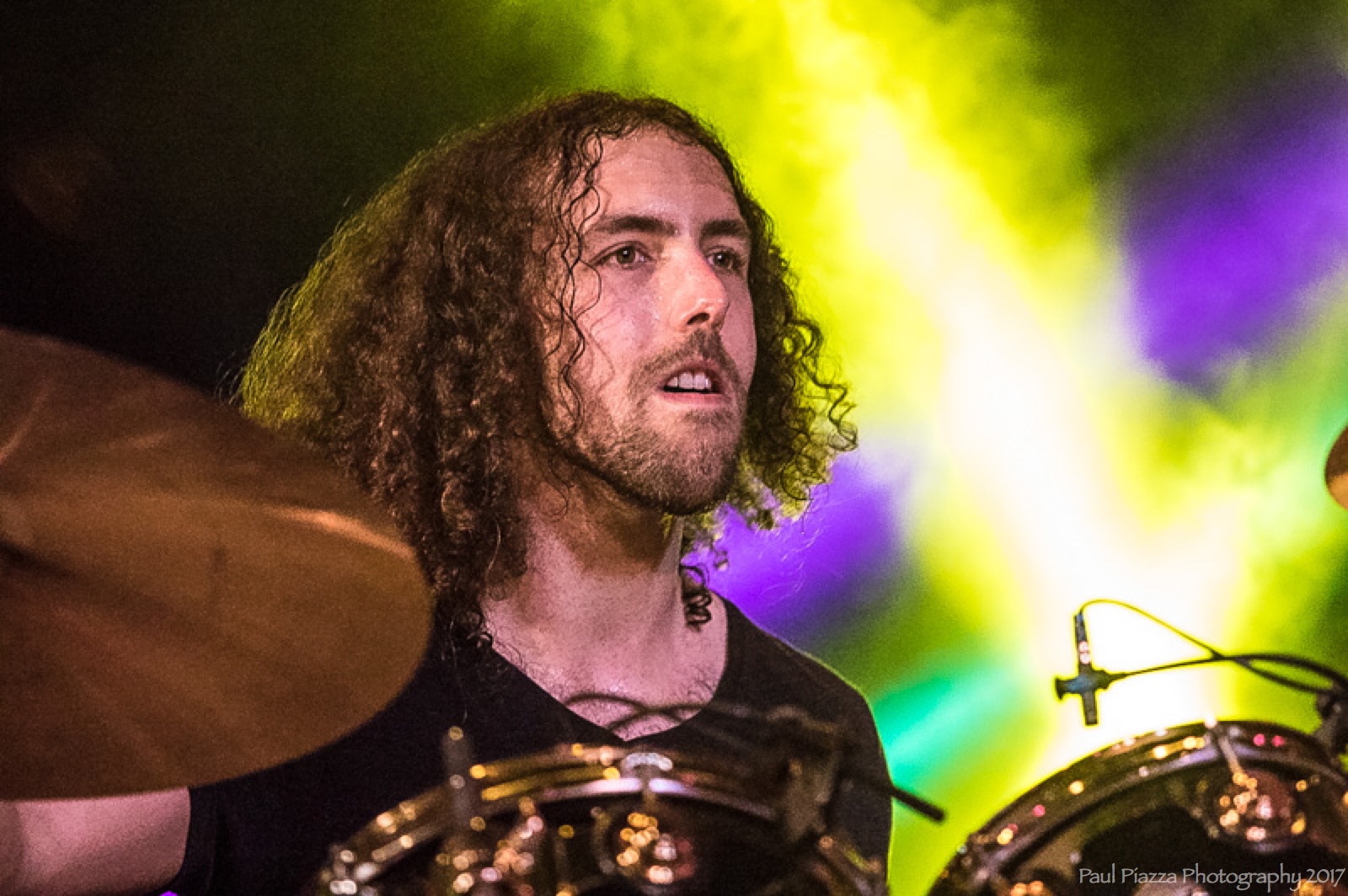 Recently, the group was signed to the prestigious Blue Note label. On this night, they debuted a new cut from their forthcoming record, “Parking Lot Symphony,” which will be released in late April during Jazz Fest. The song, “Here Come the Girls,” is characterized by a super tight horn line, a swinging, marching rhythm that makes the listener want to clap and dance, a catchy chorus, and a big, but elegant trombone solo. Good stuff – most definitely in that superfunk rock vein. Later, they funked up a montage of Green Day’s “Brain Stew” and Rage Against the Machine’s “Bulls on Parade.” 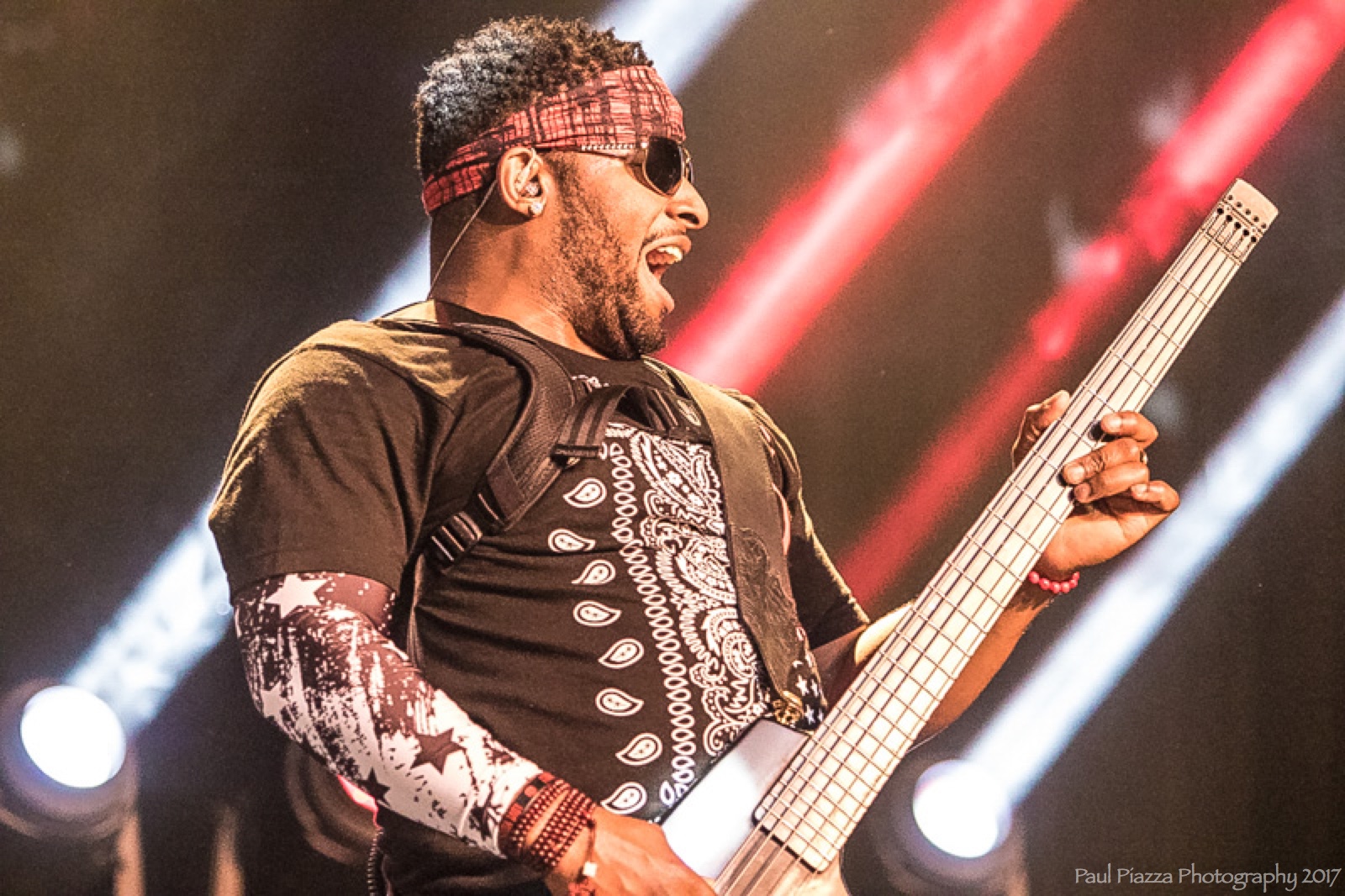 After setting Montbleu afire for over 90 minutes, the band were poised to close with the big number “Hurricane Season” according to their setlist. However their intuitive nature took over and they scaled-down to just percussion and horns and brought it to the edge of the stage. The sextet then proceeded to take the crowd to the streets of New Orleans with a mini-Mardi Gras party. This started with a traditional second line jam and ended with “When the Saints Go Marching In.” The crowd went mad for it and danced even harder until the finish. Of course, Andrews managed to slip in a few notes of “Hurricane Season” during the jam. 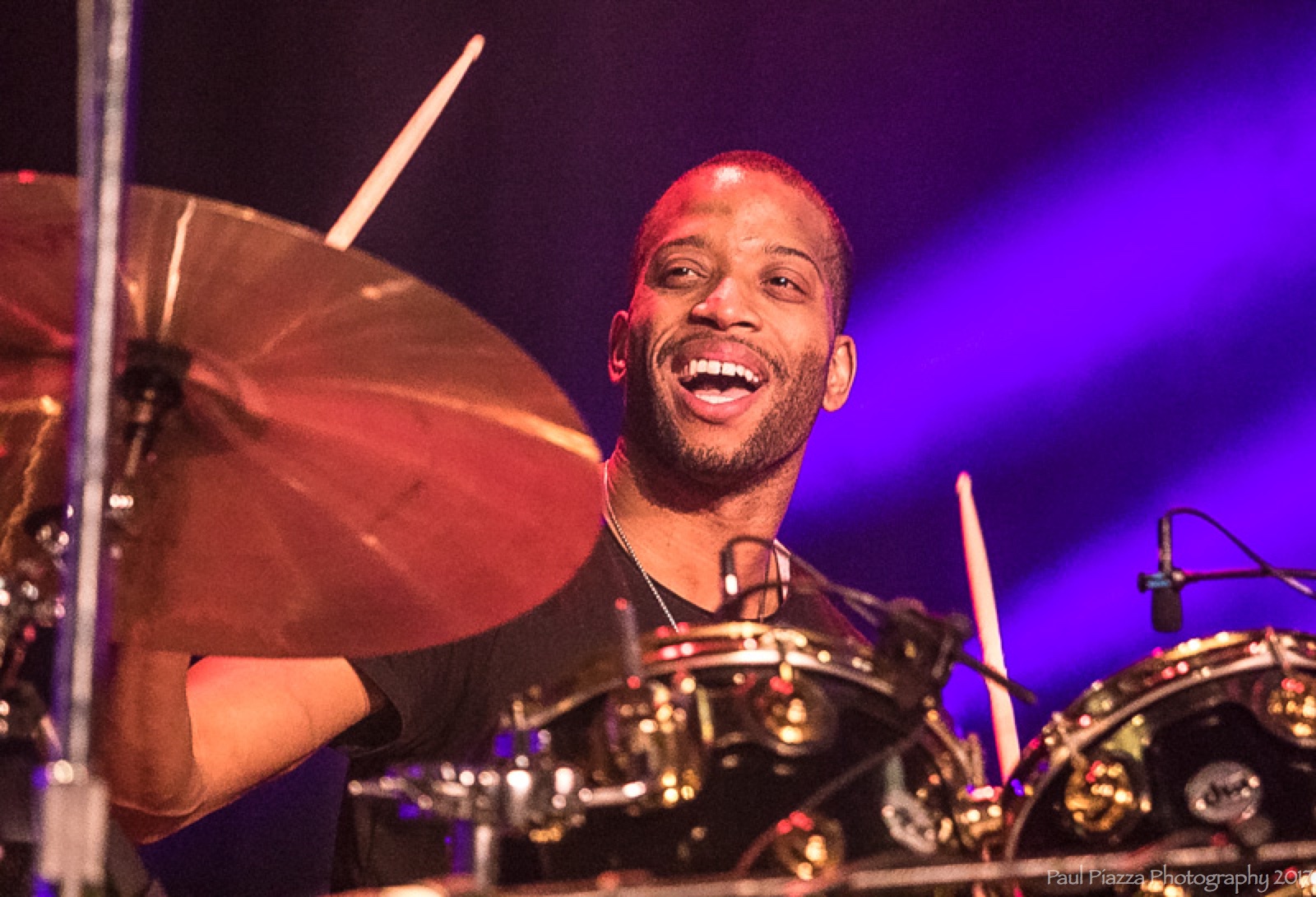 It was a great night to witness this incredibly adroit group of musicians in South Lake Tahoe on what was ironically the warmest day of the year thus far. They definitely brought the heat. 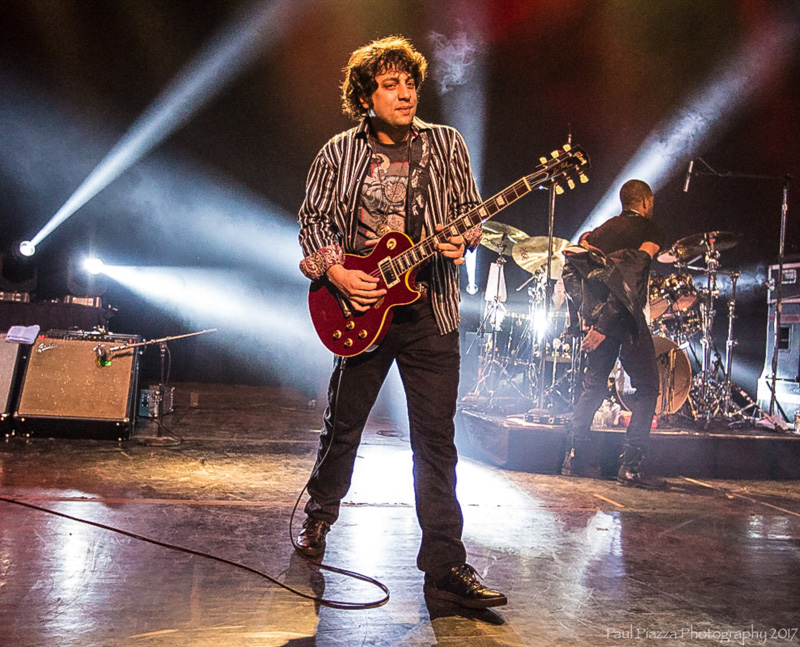 It will be interesting to see what the future holds for Trombone Shorty and Orleans Avenue. With their endless well of talent and willingness to work exhaustively, even on their night off, there will be no limit to what they can do.

For more information on Trombone Shorty, check out his website.