All photographs by Paul Piazza.

The Tran-Siberian Orchestra transformed Sacramento’s new Golden 1 Center into a magical world of laser lights, fire and symphonic metal sound when they played two sold-out shows in the impressive new arena over the Christmas break. 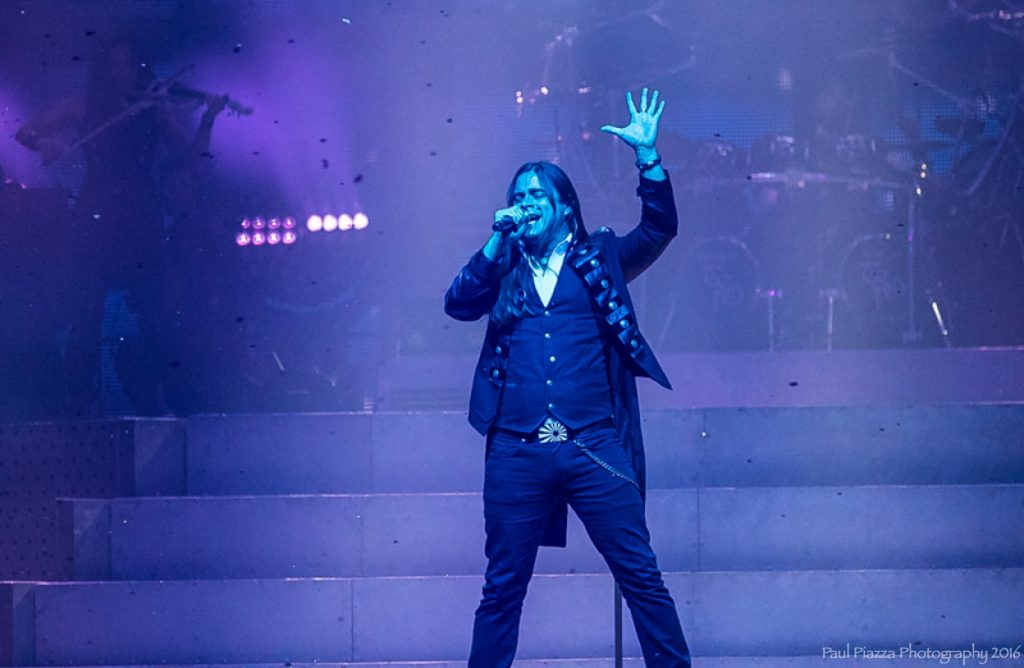 The group, known simply as TSO to their fans, has been touring for 20 years now. To celebrate this milestone, they reprised last year’s hugely successful “Ghost of Christmas Eve” show with a few added new twists. 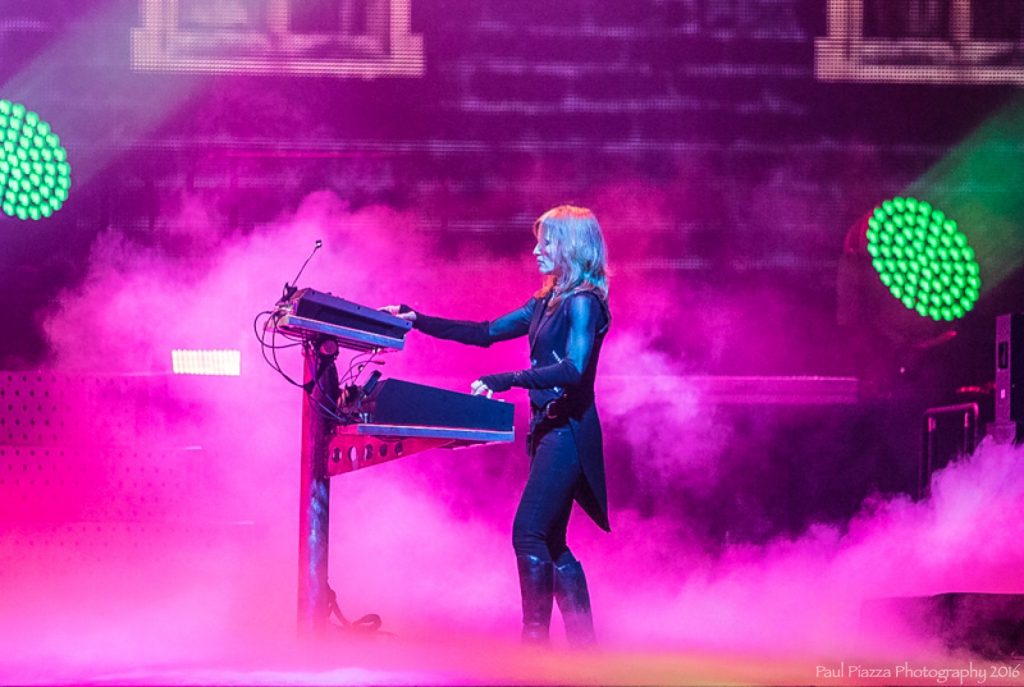 The story of this rock opera, which is told partly in video form, is about a runaway who breaks into an old Vaudeville Theatre and is discovered by the caretaker (Ossie Davis).The caretaker uses the spirits of the theater band to turn her life around. While this part is told on video, an onstage narrator (Phillip Brandon) connects the action with brief anecdotes that come alive with the dynamic staging. For this year’s version of the show there were many more hydraulic platforms lifting the performers high above the audience and a seemingly endless supply of laser and pyro were added to the spectacular. 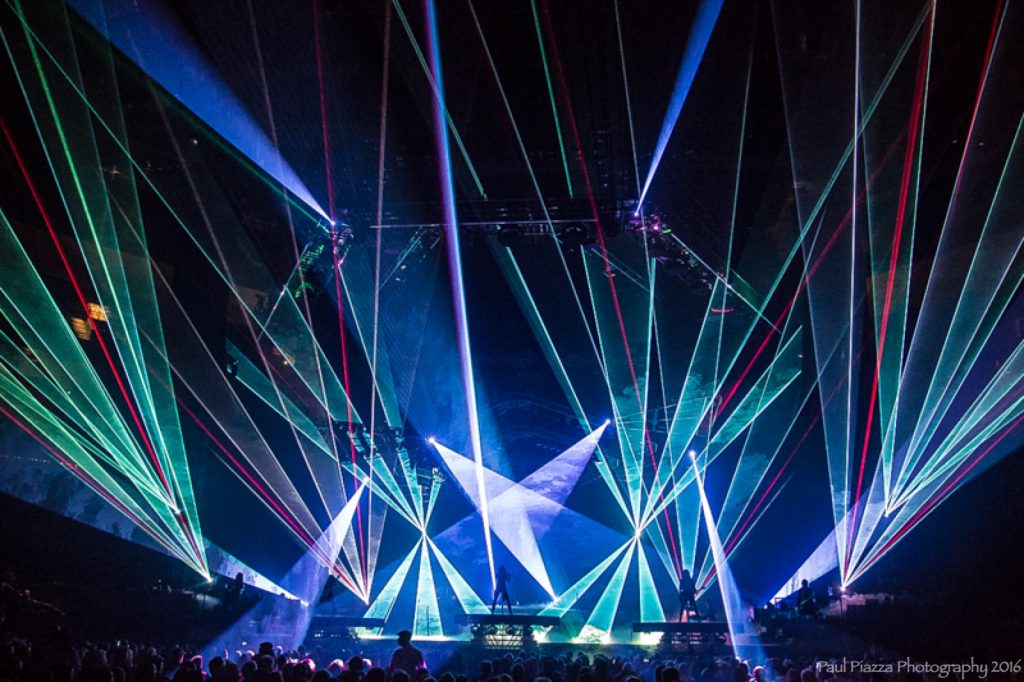 In their 20 year existence, TSO have become the world’s most successful holiday touring act. They have grown so big in fact, that they now have two huge touring companies – one on each coast. On this day in Sacramento, the West Coast edition sold out both the matinee and evening shows. And the demand for tickets was high on this night even though it was three days after Christmas. 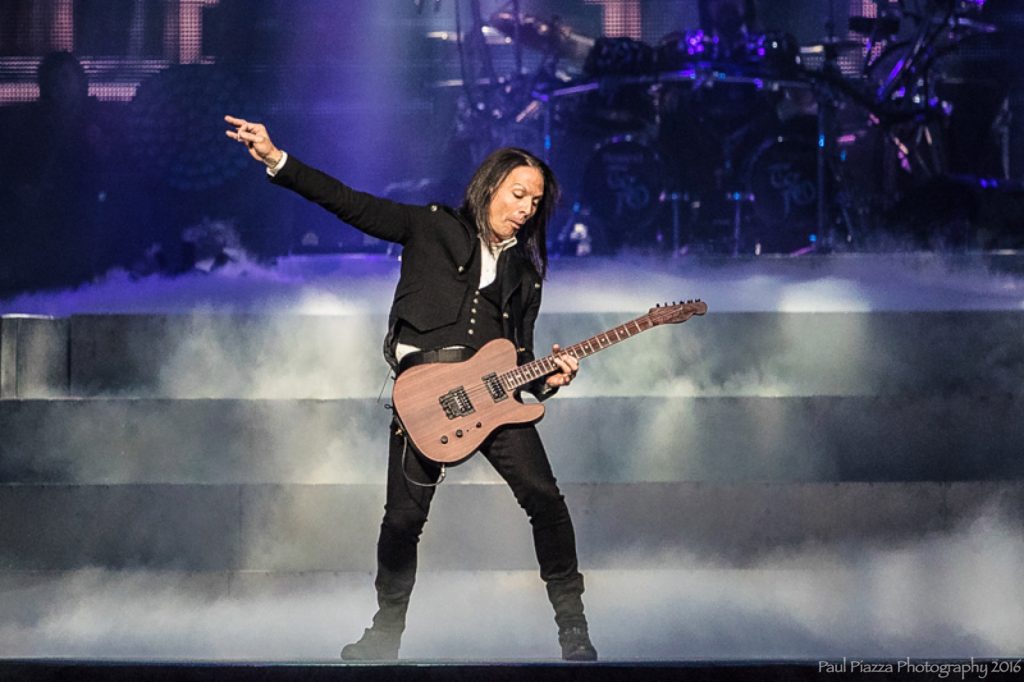 The band members were led by musical director and stellar guitarist Al Pitrelli (Alice Cooper, Megadeth, Savatage). Pitrelli shredded his way through many numbers on a stage that featured more than twenty musicians on the stage at any time. Bassist Johnny Lee Middleton, also a veteran of Savatage, stoutly held down the low end all night long. 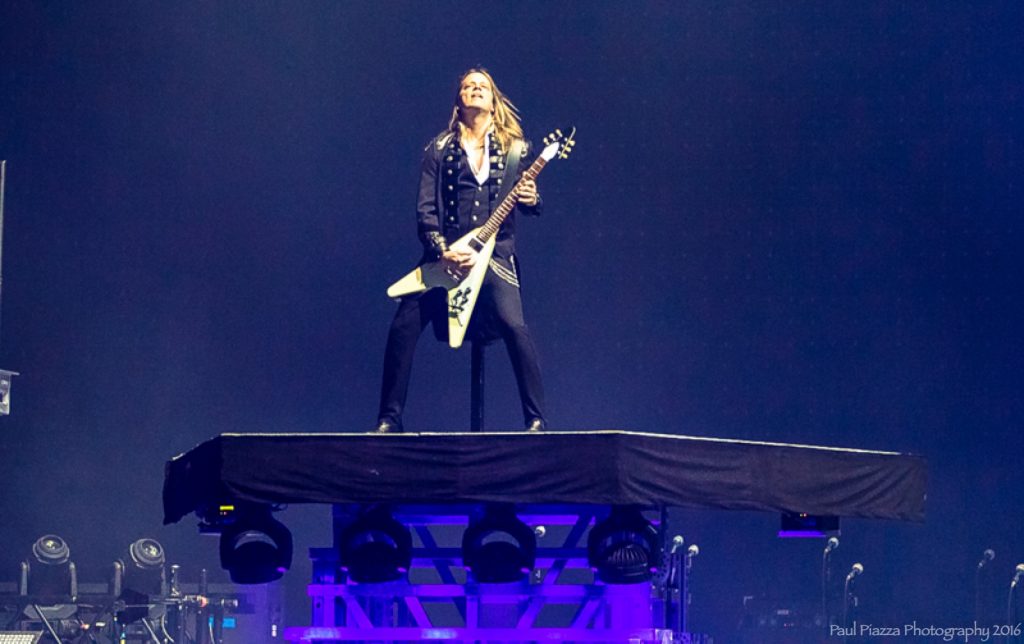 Of the shows’ many featured performers besides Pitrelli, the two that stood out were Angus Clark (guitar) and Asha Mevlana (violin). The pair hammed it up as they engaged the audience with virtuoso playing while demonstrating a playful chemistry that captivated the audience. It didn’t hurt that from time to time the audience was showered with artificial snow (some sort of bubbly substance), feeling the heat of flames (these were real), or being mesmerized by a constant and beautiful display of laser lighting. 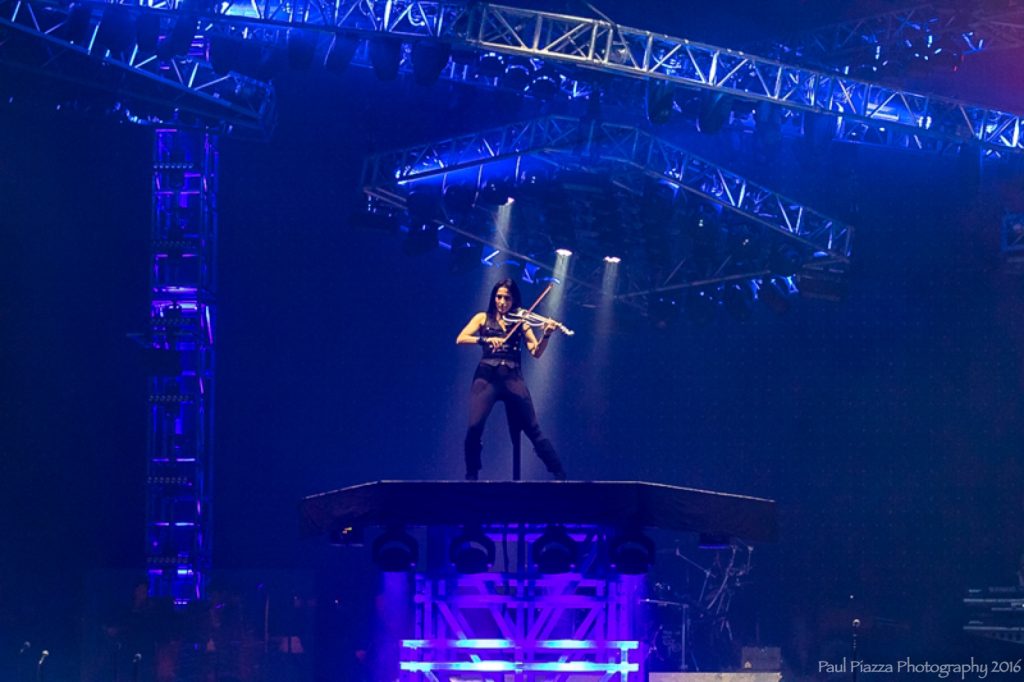 Based on the capacity crowd that was a mix of both new fans and returning diehards, chances are that this show will continue to be very successful for decades to come.

Find out more about the Trans-Siberian Orchestra here.