The Trans-Siberian Orchestra (TSO) put on a sensational pair of shows at Golden 1 Center in Sacramento recently. The group, which celebrated it’s 21st year, gave the audience a show full of lasers, lights, pyro, and all the majesty that has been come to be expected during their twenty one years as a band.

The show was an encore of their wildly popular Ghosts of Christmas Eve performance for the first half, and then continued with a second set that featured many of the group’s greatest hits.

The band, which has two separate touring groups that play in different cities each night, is led by guitarist Al Pitrelli on the west coast. Pitrelli, who has played with Savage, Megadeth and Alice Cooper among others, is a solid shredder and a humble frontman for the group, which features over twenty members onstage. Particularly impressive on this night were Angus Clark, an engaging flying-V guitarist, keyboardist Jane Mangini, and a super-tight string octet that backed up the band. Also engaging was storyteller Phillip Brandon, who narrated Ghosts of Christmas Eve.

Earlier this year, there was sad news in the Trans-Siberian family. Founder Paul O’ Neil passed away in April at the age of sixty. O’ Neil’s legacy as the visionary behind the TSO is has been acknowledged worldwide. He composed, produced and directed the majority of the band’s music.

Following the loss of O’Neil, the group suffered another great loss in July when bassist Dave Z.(Zablidowsky) was killed when an RV he was traveling in with the band Adrenaline Mob was struck by a tractor trailer. Dave Z was in the band for two stints that added up to over a decade. 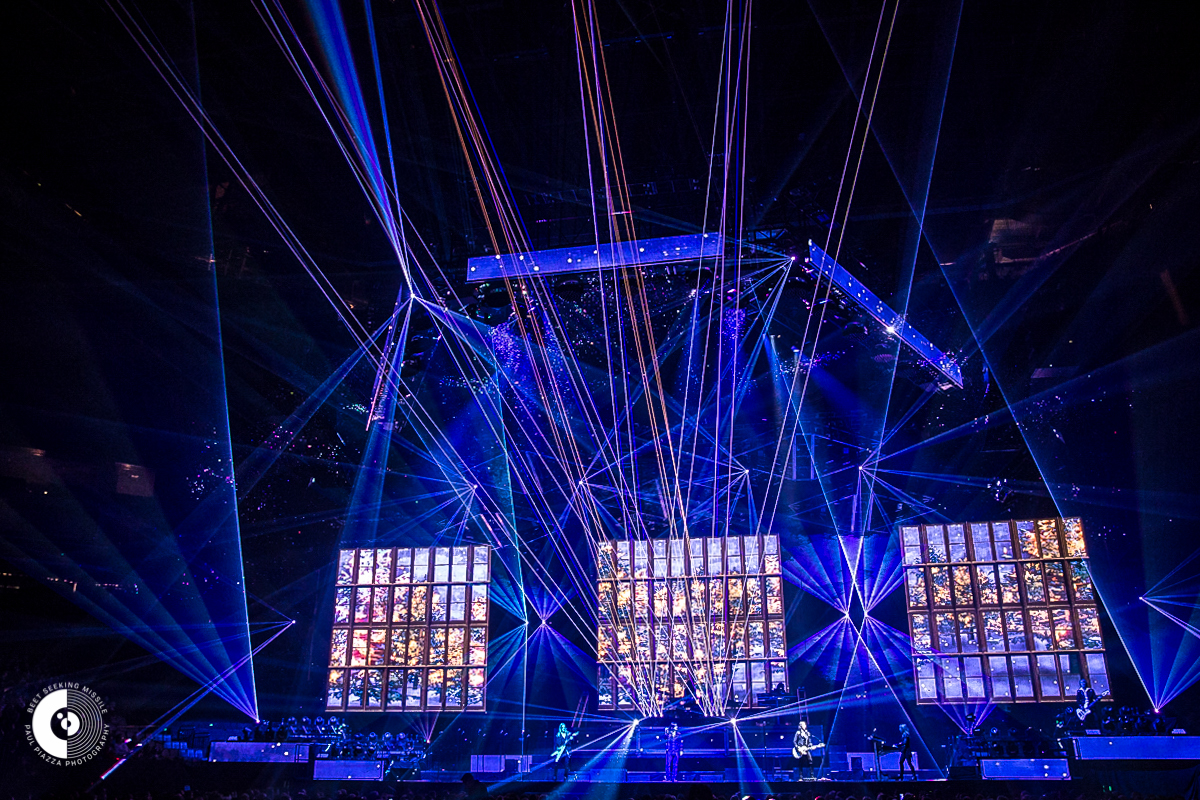 On this night, TSO honored both with an excellent performance that honored O’Neil, who strived for perfection with each performance. He would have been pleased.