The Fox Theater buzzed with excitement as they hosted two sold-out shows by Tower of Power, who celebrated their 50th anniversary in their hometown of Oakland and kicked off a North American tour. With queues lined down the block well before show time, local TV crews were on-site doing coverage for the evening news while longtime fans reunited with each other with handshakes and smiles in front of the venue. 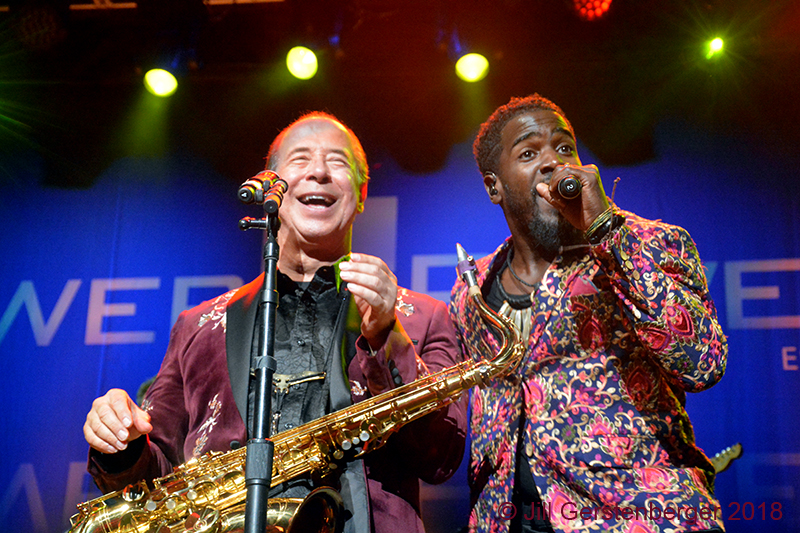 The day before, the R&B/Funk/soul/jazz band were celebrated at Oakland’s City Hall in a ceremony that declared May 31st as Tower of Power Day. Founded in 1968 by saxophonist/vocalist Emilio Castillo and baritone saxophonist Stephen “Doc” Kupka, the band was originally called The Motowns but changed their name to Tower of Power in 1970. They’ve had eight songs in the Billboard Hot 100 including “You’re Still a Young Man,” “So Very Hard to Go,” and “What is Hip?” Their highest chart topping album was Tower of Power, released in 1973, which featured Lenny Williams on vocals and peaked at #15 on Billboard’s Pop Albums. 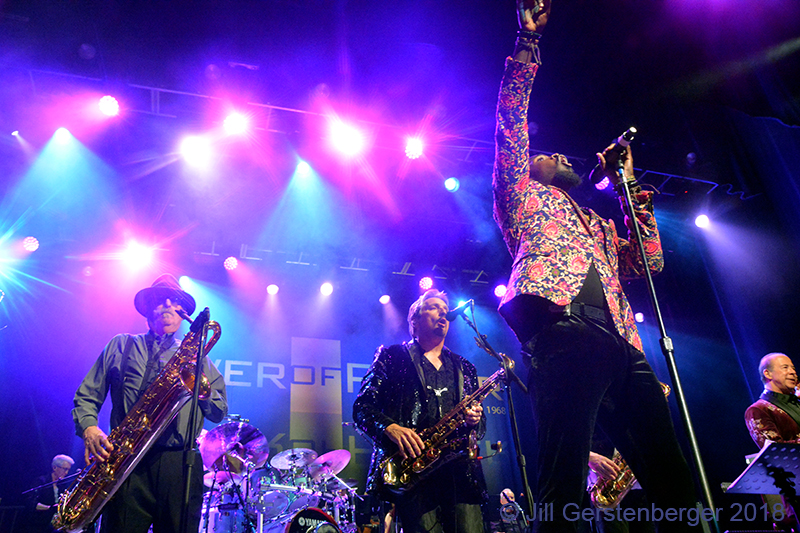 Tower of Power is most known for their horn section which has appeared on numerous artist’s recordings including Otis Redding, Aerosmith, Elton John, Huey Lewis, Rod Stewart, Rick James, Aaron Neville, and many more. Fans from all over the world traveled far and wide to celebrate this special anniversary show and it was an incredible event. 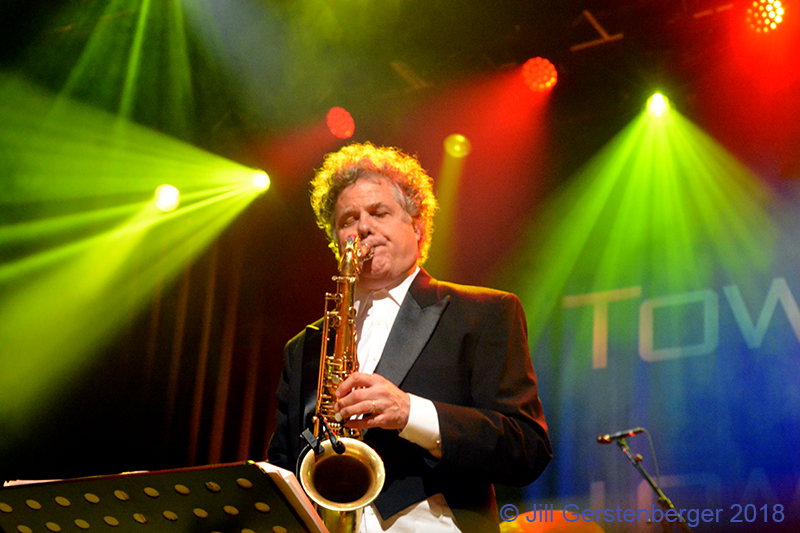 The band hit the stage with a full si-piece horn section, two organ players, a backing rhythm section, the Tower of Power strings, backing vocalists, and new lead vocalist Marcus Scott. Scott is loaded with charisma with a soulful Memphis sound to his voice, and is a wonderful addition to the band. The band opened their electrifying set with “Stroke ’75,” sounding super tight and funky and the energy just kept climbing throughout the show. They got the crowd doing some hip popping Soul Train style dancing during “Stop,” which had some groovy bass and the sizzling David Garibaldi on drums. Various former members sat in with the band throughout the show including Chester Thompson on the Hammond B-3, Lenny Pickett on Saxophone, Bruce Conti on guitar, and Francis ‘Rocco’ Prestia on bass guitar. 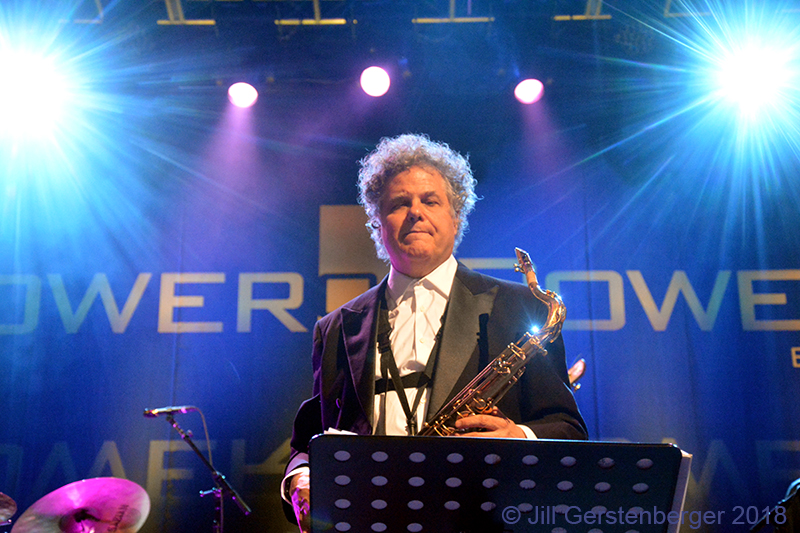 Tower of Power did an amazing version of “What is Hip/Soul Power,” featuring dueling tenor saxophone solos from Tom E Politzer and Lenny Pickett that were mind-blowingly good. They are both just unbelievably talented and they had the crowd roaring and on their feet before the band took a brief intermission between sets. 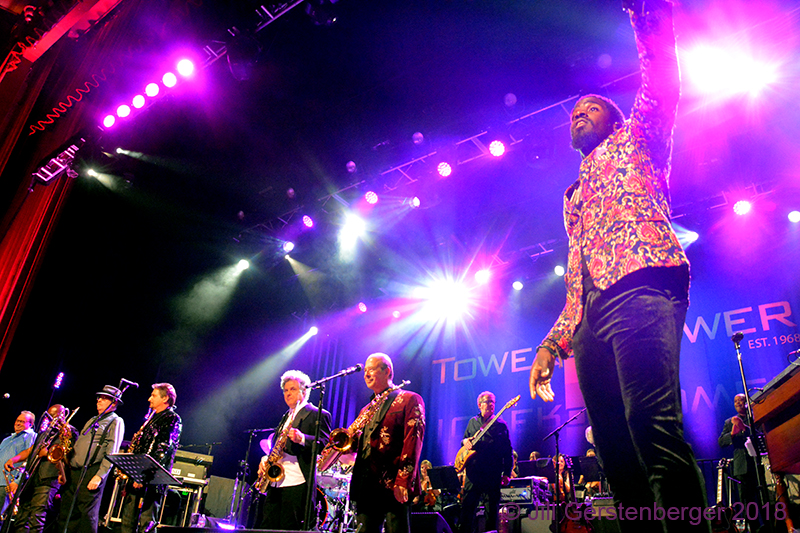 The second set was even funkier as the band started really getting into a groove. They were in a celebratory mood as they found out their new album Soul Side of Town, released that day, had debuted at the number one slot on the charts. Some highlights of the second set were “Don’t Change Horses (In the Middle of the Stream),” which had the crowd singing along, and a super groovy version of “Diggin’ on James Brown,” which had Marcus Scott showing off his dancing skills while doing the James Brown shuffle. They did an incredible version of “Knock Yourself Out” which included solos by all the members and then had a challenge from Scott to the horns to show off their dancing skills which they did in hilarious fashion. For the encore, they finished with the hit “You’re Still a Young Man,” a crowd favorite. 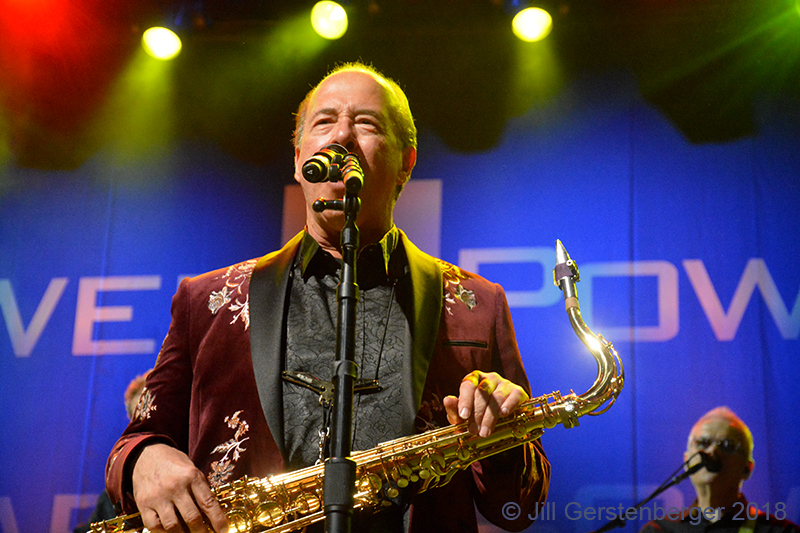 The band played two incredible sets of music that totaled around three hours and it just kept getting better as the night progressed. They were recording the show for a documentary and live CDs and we couldn’t imagine a better performance to watch again. We’re really looking forward to hearing those recordings. If you get the chance to catch Tower of Power on their 50th Anniversary tour do not hesitate. It’s some of the best funk and soul we’ve ever heard with some of the best musicians around.

Find out more about Tower of Power here.    :