All photos taken by Paul Piazza at Golden 1 Center show on June 23.

Armed with one of the most striking light shows in existence and a killer batch of songs, Tool put on a performance for the ages on Wednesday night at The SAP Center. The band remained cloaked in darkness throughout the night, allowing for their dazzling array of lights and a massive video screen to provide the visual accompaniment to their complex yet powerful music. 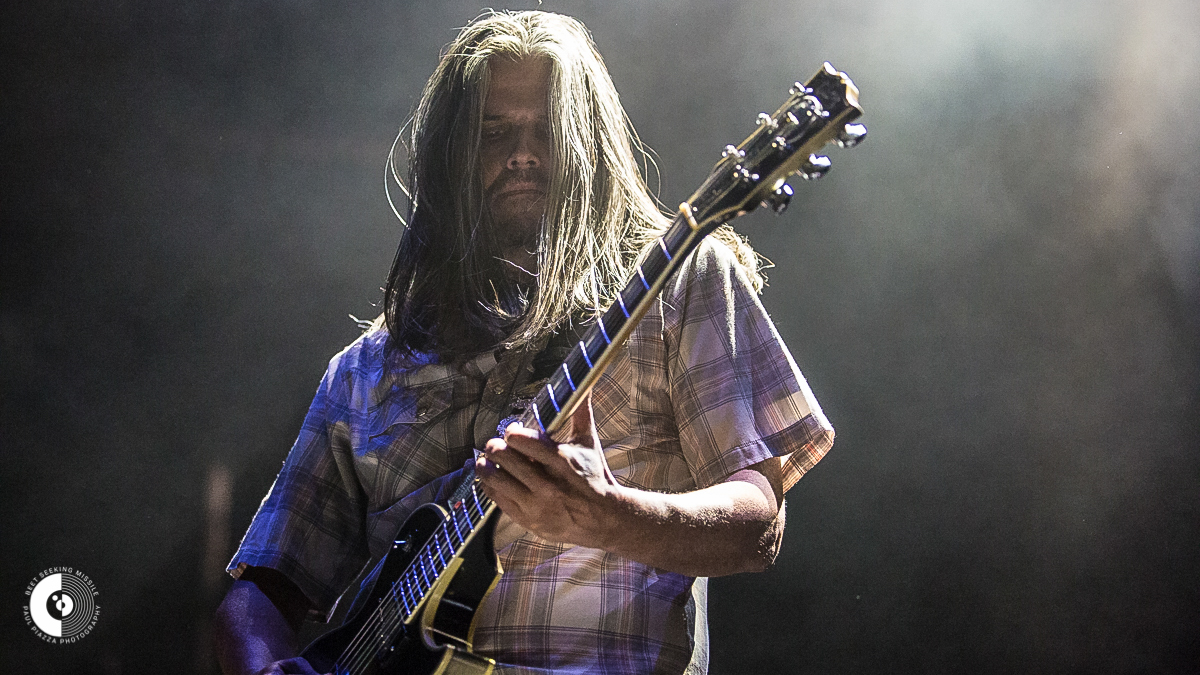 This became apparent during the opening song, “The Grudge.” As the song twisted and turned through a complex series of parts, the lights perfectly matched every drum hit and every breakdown, enhancing the song dramatically. As usual, the instrumental trio of Danny Carey, Justin Chancellor, and Adam Jones was impeccable, working through all the changes effortlessly, with Chancellor’s echo-drenched bass dominating most of the song. 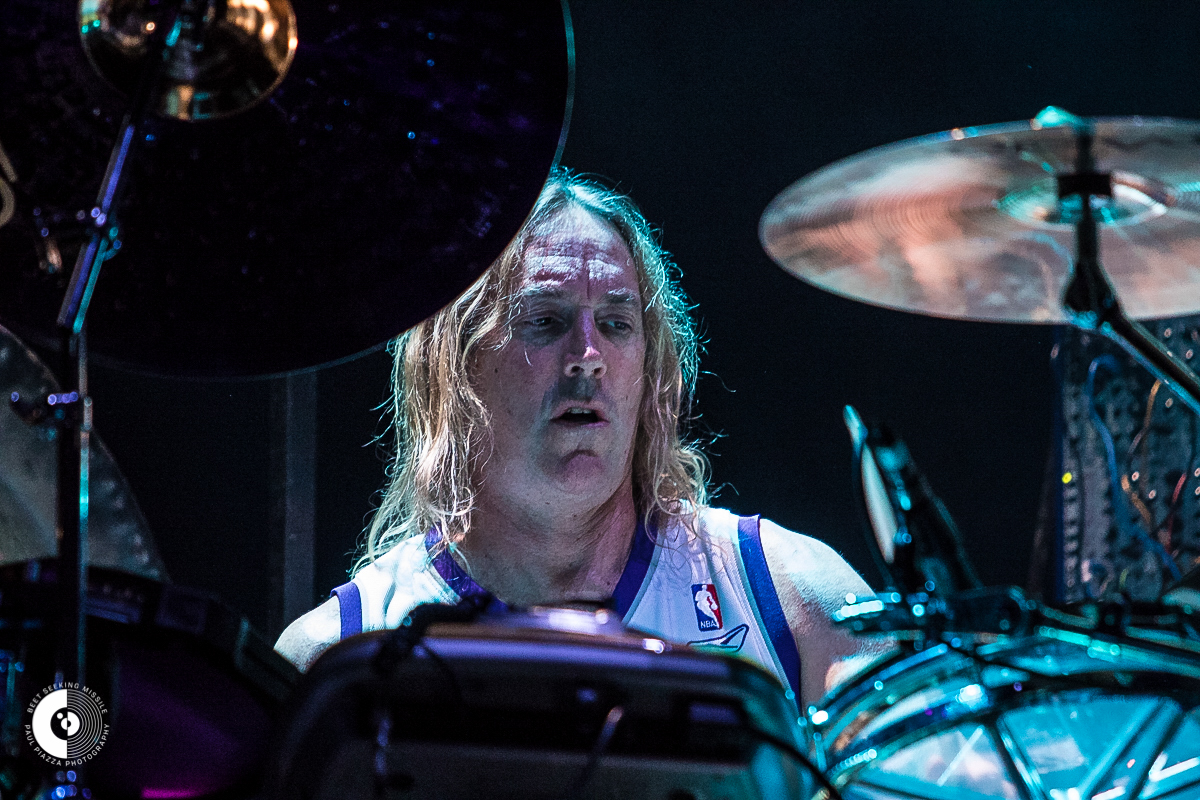 Following this Tool went into the monolithic “Parabol/Parabola,” with the former serving as the intro to the latter. Building from a set of evocative vocals from Maynard James Keenan, “Parabol” slowly grew in intensity before exploding into the opening of “Parabola.” At this point, the massive video screen was unveiled for the first time of the night, displaying the haunting visual accompaniment from the “Parabola” music video. The video used stop motion Claymation along with other intricate effects and served to enhance the stunning musical performance of the band.

A few songs later Tool pulled out the first big surprise of the night: an extended version of the grinding “Opiate,” from their first ever EP. Again, backed by an impressive array of lights the new version of the song upped the intensity level and made Keenan’s harsh vocals even more powerful. While Keenan remained cloaked in the darkness next to the drum riser, his presence was felt throughout the entire night, especially during the blistering “Ænema.” 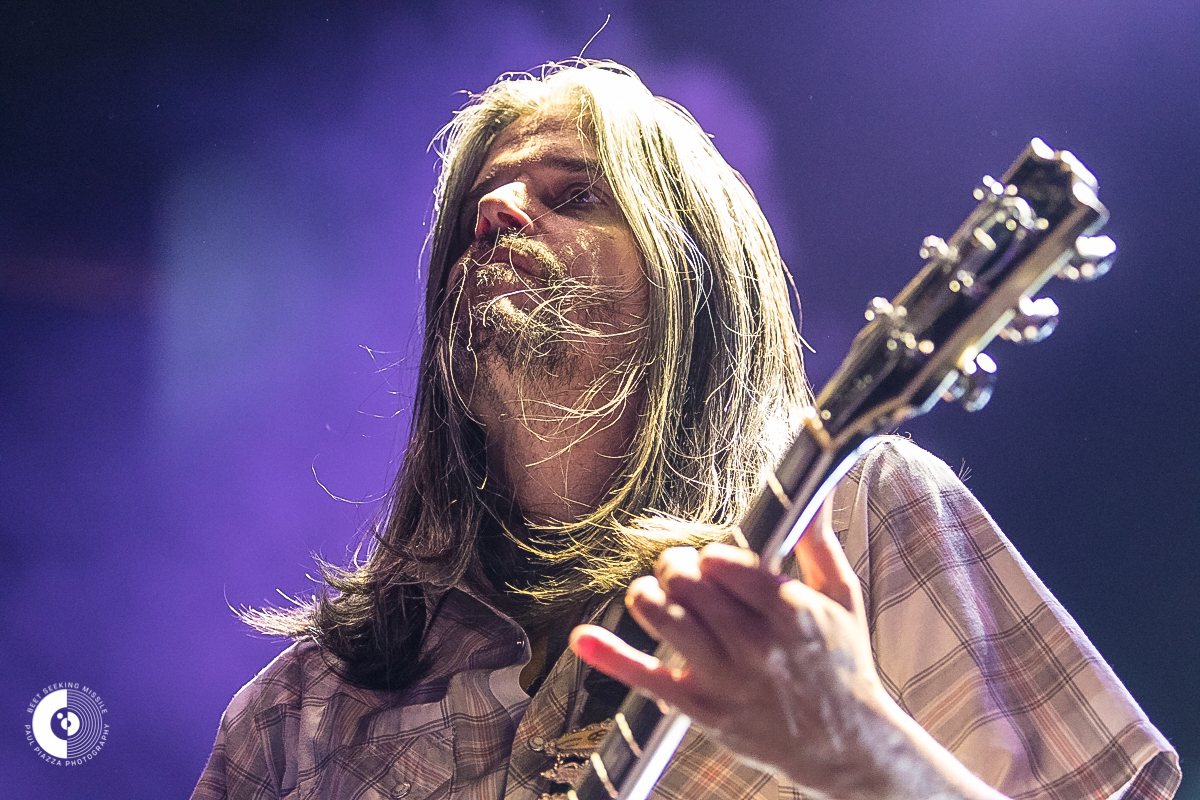 Tool pulled out all the stops visually and musically on this track, with dense smoke filling the front of the arena allowing for a stunning set of lasers to blanket the audience while the music video played on the screen. Musically speaking, the song sees Tool at their heaviest, with Jones providing some particularly aggressive guitar playing. 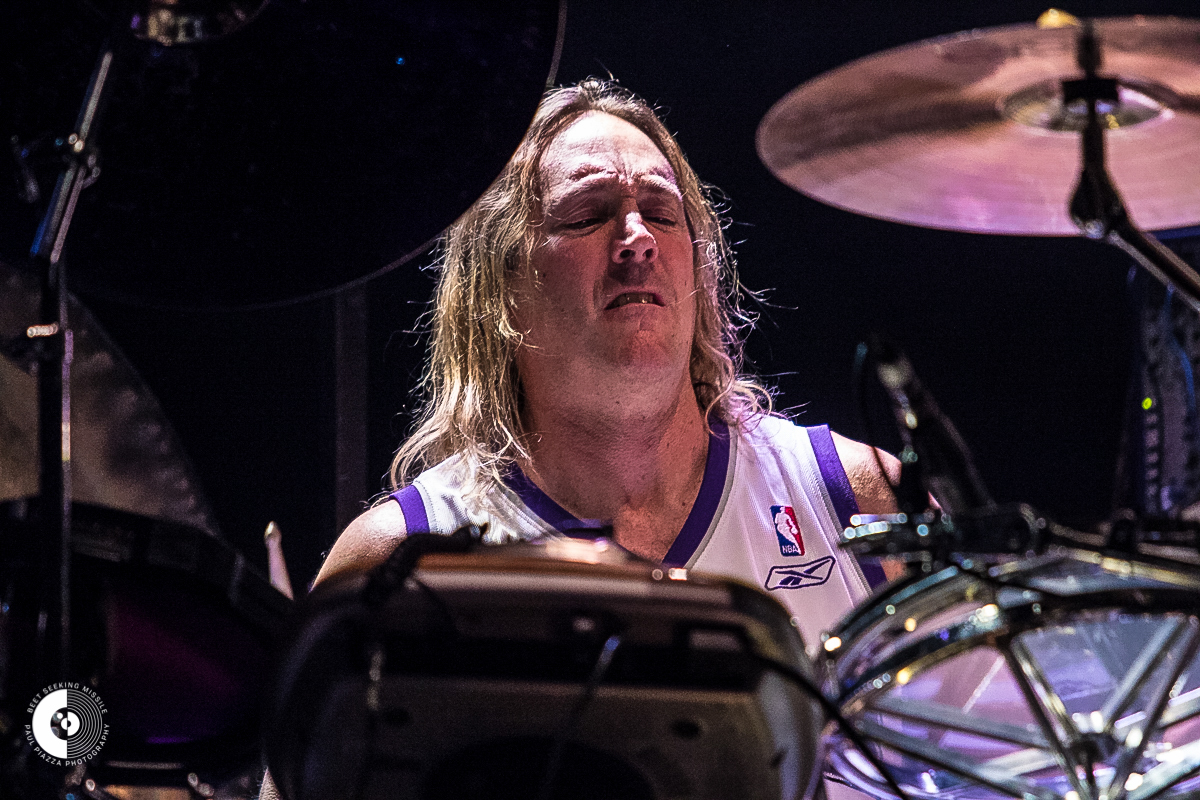 Next up the band unveiled a new track, “Descending,” from their upcoming album. The instrumental piece is a collection of different songs from the new album, arranged much like a movie trailer, arranged much like a movie trailer. Sonically speaking, “Descending” featured an interesting twist on the classic Tool sound and had plenty of spacey parts. A few songs later Tool unleashed another deep cut, the sprawling epic “Third Eye.” Beginning with a clip of Timothy Leary speaking on resisting authority, the song twists and turns through 13+ minuets of dense psychedelia, harsh electronics, and crushing metal. Instead of a music video, there was a dense series of psychedelic images coming through the screens, pulsating with each drum hit or guitar riff. 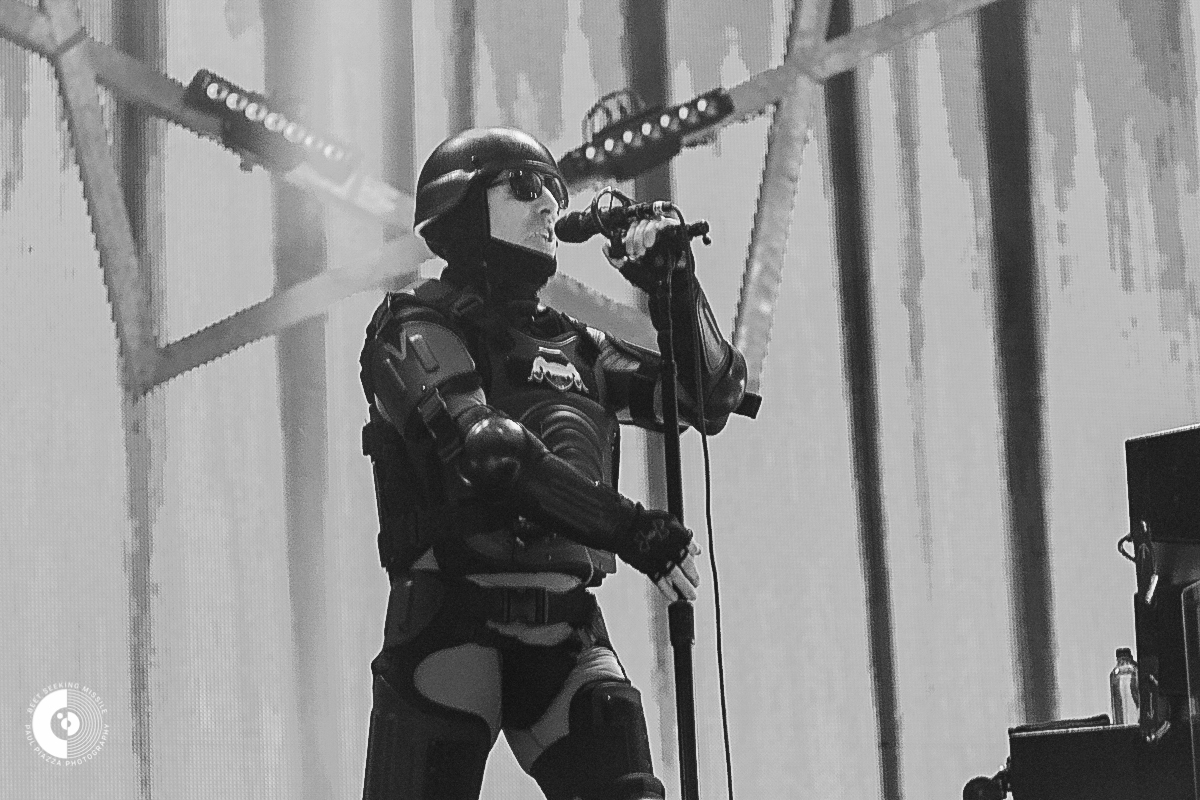 After a rousing version of the fan favorite “Forty-six & 2,” Tool left the stage for a brief intermission before Danny Carey returned to perform an inspired drum solo that made use of plenty of electronic effects to enhance its appeal. A few seconds after Carey had finished his solo the rest of the band returned to play “The Pot,” a deep cut off the 10,000 Days album. The seldom-played track had not been part of the live set in over six years and features some of Keenan’s most evocative and challenging vocals. Riding a propulsive drum/bass grove, the song varies its musical attack over the course of 6 minutes. The song also featured what appeared to be a new music video that played on the screens.

Then, Tool dusted off another old track from their first EP, the fast-paced Sweat, before closing out the night with the grinding “Stinkfist.” The entire night was a testament to the evocative power that Tool brings to the live stage, both musically and visually. While it has been over eleven years since the band has released a new album, time has not dulled their ambitions or playing abilities. Tool have put together one of the most impressive live shows on the planet and based on the reactions of the sold-out audience at the SAP Center, they will continue to do so for many years to come.

For more information about Tool, check out their website.