Mudcrutch formed in 1970 as a Southern rock project out of Gainesville, Florida. With Tom Petty on bass, (now legendary) Mike Campbell on guitar, and Benmont Tench on keyboards, they would form the youngest contingent in the group; Randall Marsh (drums) and Tom Leadon (guitar) were in their early 20’s, Tom Petty was 16, Mike Campbell a mere 14, and Benmont was 17. The Heartbreaker trio had played as The Sundowners in 1964, Mudcrutch was mildly successful, and was opening for bands such as Lynyrd Skynyrd when Benmont quit school to join them in 1970. Mudcrutch recorded some singles at that time, but never put out a full album until 2008. Tom, Mike and Belmont would later travel the great wide open as Tom Petty & The Heartbreakers, releasing their self-titled album in 1978. 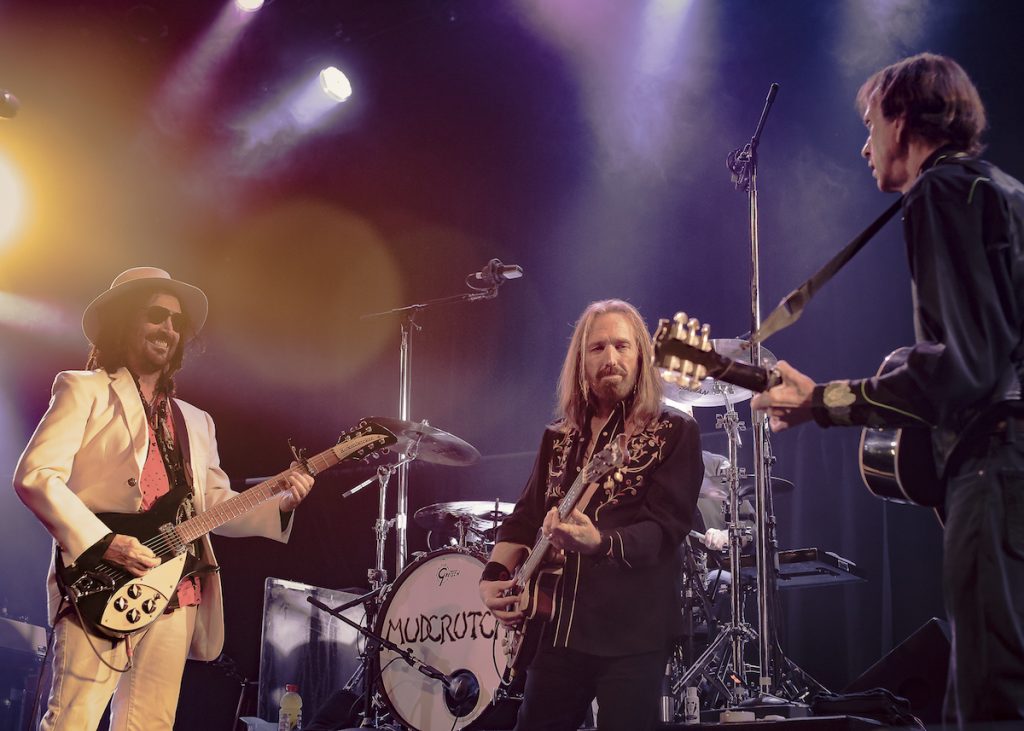 In a fairly unprecedented rock, blues, and bluegrass set, the line up of Tom Petty’s band Mudcrutch played an original set of their own tunes and one cover song at San Francisco’s Fillmore in June, selling out two nights. There were no Heartbreaker songs to be heard, but fans didn’t come to hear those. 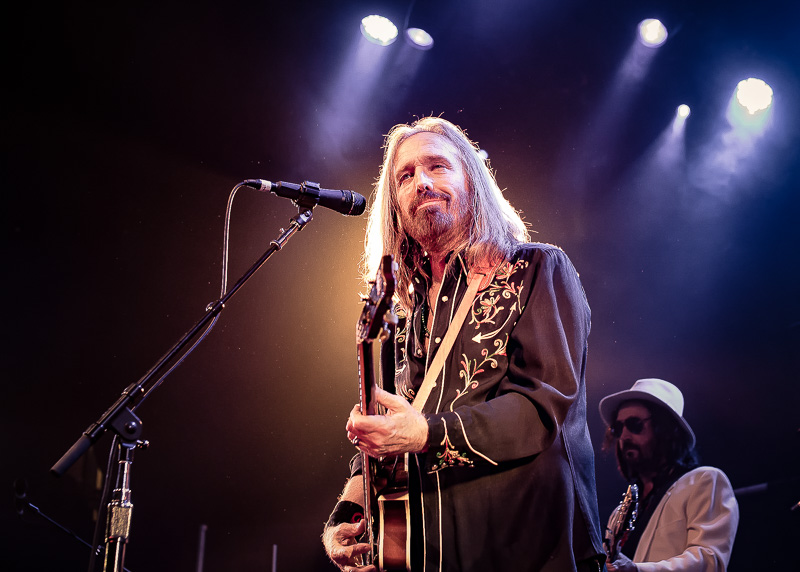 The audience sang aloud to an amazing set of new and old Mudcrutch material and a few covers, their passion growing with each song. Their new album “2” was released in May, 2016, to an incredible amount of praise, and is only their second full length album. According to Tom, each of the original Mudcrutch members wrote a song for this new album and it was apparent as they were all different stylistically. 66 year-old Petty and his cohorts played their hearts out to an audience of young and old, all of them tried and true fans. 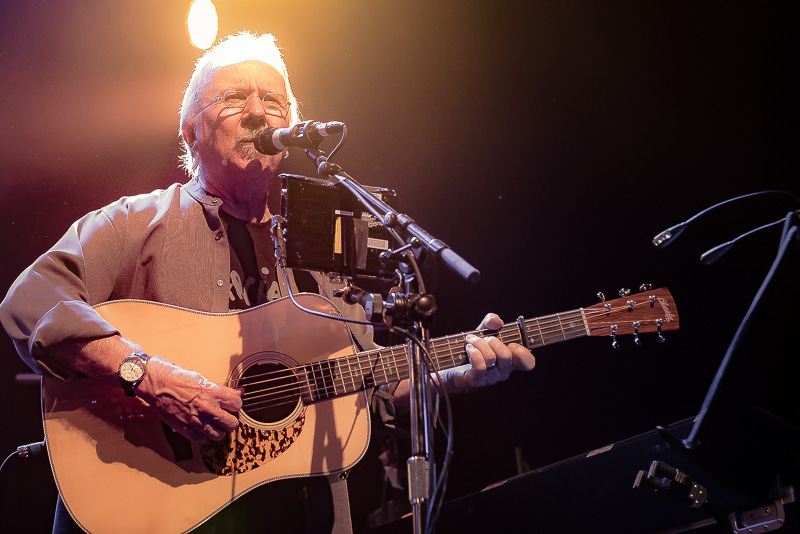 Not surprisingly, each musician on stage this night was superb. Tom himself strummed nonchalant bass chords, and his bandmates added to it with a seamless, soulful set. Mike Campbell’s old blues Fender sang his leads, and the rhythm guitar of Tom Leadon, in addition to the acoustic played on stage gave each song an incredible “wholistic” sound. Being a classically trained pianist and astounding musician in his own right, Benmont’s keyboards added fill with flair that induced the audience into a sort of “muddy groove”. 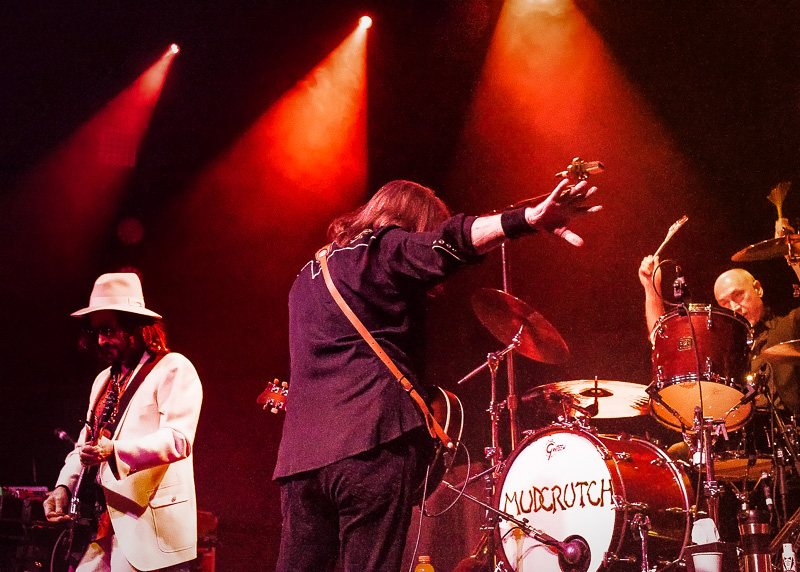 This trio of musicians, who comprise the core of Mudcrutch, span almost 50 years of playing music together, and have truly left their mark in music history. Tom Petty was the rebel who took on the record industry in an epic win against RCA records in 1979, filing for bankruptcy when ABC sold to RCA and wanted to take the rights to his songs away. Three grammies and eleveb nominations later, Tom, Mike Campbell, and Benmont Tench are still writing terrific music and entertaining a wider variety of music fans than most bands spanning as many years, with their Tom Petty & The Heartbreakers project, as well as the original line up of Mudcrutch. 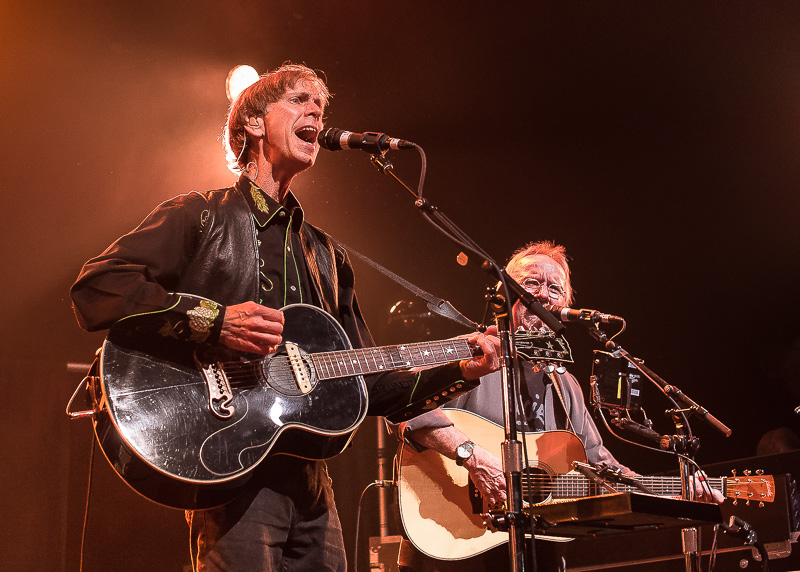 Meanwhile, the Tom Petty & The Heartbreakers legacy continues to release hit after hit, most recently with their album Hypnotic Eye in 2014, and now are re-releasing digital re-release of “playback’, aptly re-named “Through The Cracks” and “Nobody’s Children,” exclusively for the Pandora and Spotify markets. Petty has opened up his vault and discovered a second album of Wildflowers material. There’s talk of that being released soon along with a support tour with a Wildflowers-only set. 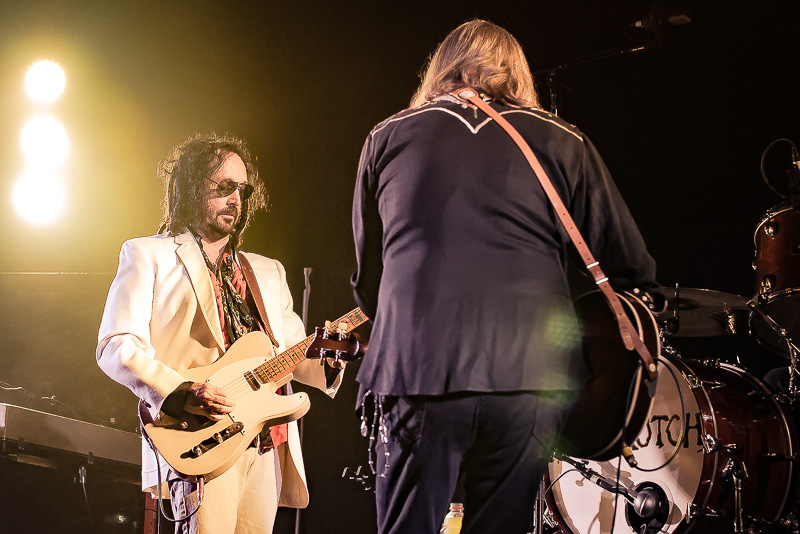 With as many projects as Tom Petty has going nowadays, it’s a wonder he keeps all his hair. Which, by the way, is surprisingly full and shiny at the ripe old age of 66!

Here’s a slideshow with more photos of Mudcrutch by Pollen Heath:

Set list: Shady Grove | Orphan of the Storm | Six Days on the Road (Dave Dudley cover) | Scare Easy | Trailer | This Is a Good Street | Lover of the Bayou (The Byrds cover) | Beautiful World | Dreams of Flying | Save Your Water | Hungry No More | I Forgive It All | Knockin’ on Heaven’s Door (Bob Dylan cover) | The Other Side of the Mountain | Hope | Welcome to Hell | Victim of Circumstance | The Wrong Thing to Do | Bootleg Flyer || Crystal River

For more information about Mudcrutch, check out their website.