Todd Rundgren brought his An Unpredictable Evening show to The Chapel in San Francisco recently and the show definitely lived up to its name. Rundgren has had an eclectic and prolific career as singer, songwriter, multi-instrumentalist, and record producer. In 1967 he formed the band The Nazz, which gained recognition for the hits, “Open My Eyes” and “Hello It’s Me.” In 1969 he left the band and relocated to New York where he was signed by Albert Grossman and Bearsville Records. He began working with other groups, producing their albums and became one of the top record producers in the early 70’s. 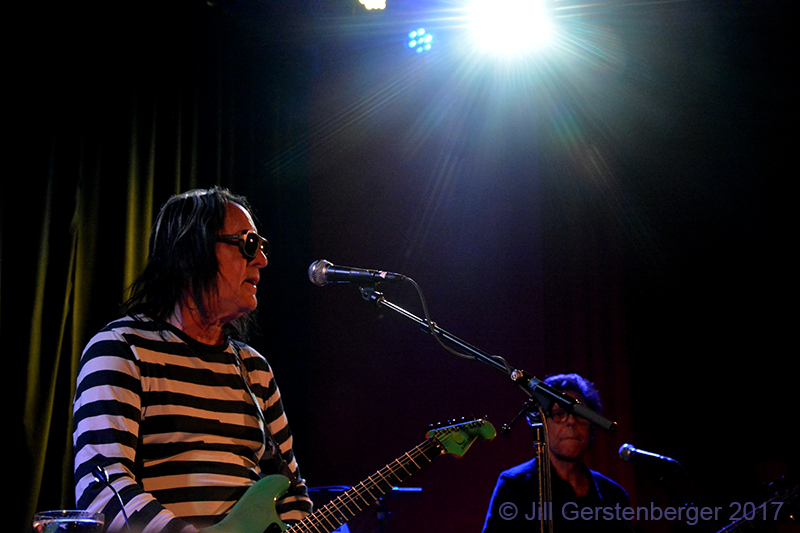 Some of notable artists he worked as a producer with included Janis Joplin, The Band, New York Dolls, Badfinger, Grand Funk Railroad, Meatloaf, Hall and Oates, Patti Smith, Cheap Trick, The Tubes and The Psychedelic Furs. Rundgren continued to produce his own material, including the band Runt from 1970-72, solo material, and the band Utopia from 1973 to the mid 80s. 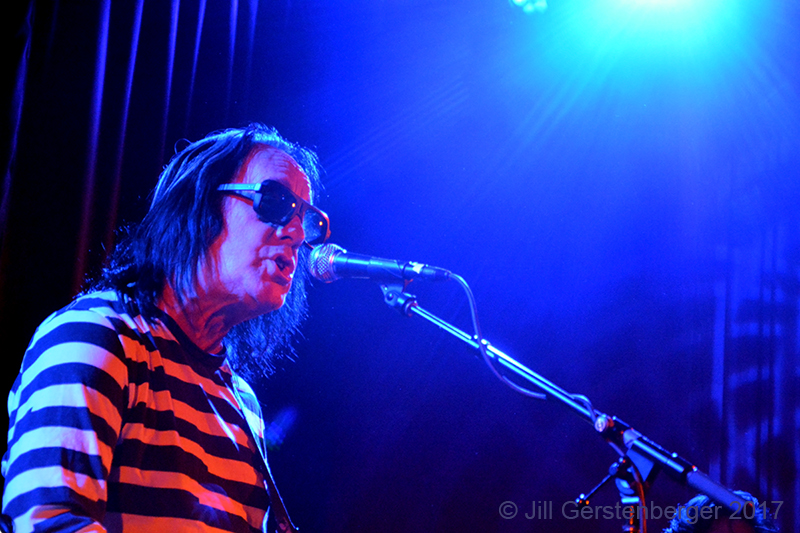 Since then he’s gone on to do a variety of eclectic things including composing music for the 80s TV show Pee-Wee’s Playhouse, and movies Undercover and Dumb and Dumber. He’s also hosted a syndicated radio show and toured with Joe Jackson and Ringo Starr. 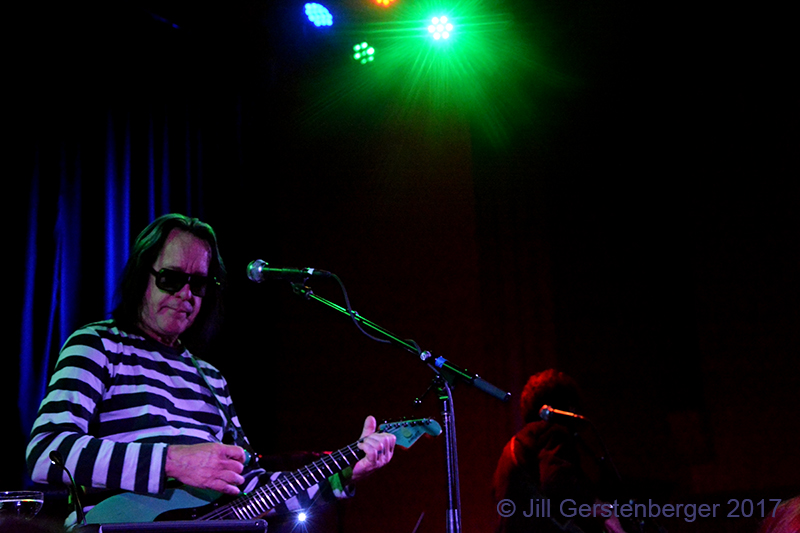 This evening at The Chapel Rundgren kept things interesting by playing a variety of cover songs and songs from his career in many genres including rock, swing, blues, jazz, and psychedelic rock. You could never tell what he was going to play next as he didn’t seem to have a set list and would just pull songs out of the air that he was feeling at the moment as he tapped on his iPad. This seemed to keep his band on edge as they didn’t know what was coming either but they caught on quickly as they all are seasoned professionals. His band included Prairie Prince on drums (The Tubes, Jefferson Starship, Journey), Jesse Gress on guitar (former music editor of Guitar Player Magazine), Kasim Sulton on bass (Utopia, Joan Jett, Blue Oyster Cult), and John Ferenzik on drums (Jefferson Starship). 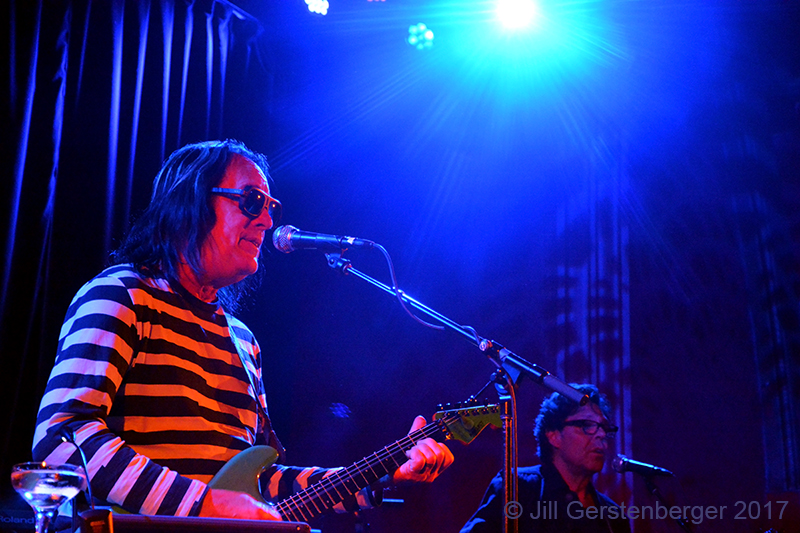 Rundgren made sure to tell the audience that he wouldn’t be taking any requests although they still tried to make them anyway. The crowd, which included professorial types, old hippies, young rockers and a woman wearing a tinfoil hat, were as irreverent as Rundgren himself. They seemed to be longtime lining up on the street hours before the show began. The show had a cool, intimate, lounge-y feel as Rundgren made jokes between songs while sipping a cocktail, and he had a great rapport with the crowd. His voice sounded strong and confident as he went from doing the Utopia song “Lysistrata” to a powerful version of The Call’s “The Walls Came Down” to the Tony Bennett crooner “Are You Havin’ Any Fun?” He played a couple hilarious Lorne Greene covers, “Endless Prairie” and “I’m a Gun,” that were brilliant in their cowboy imagery and verse. 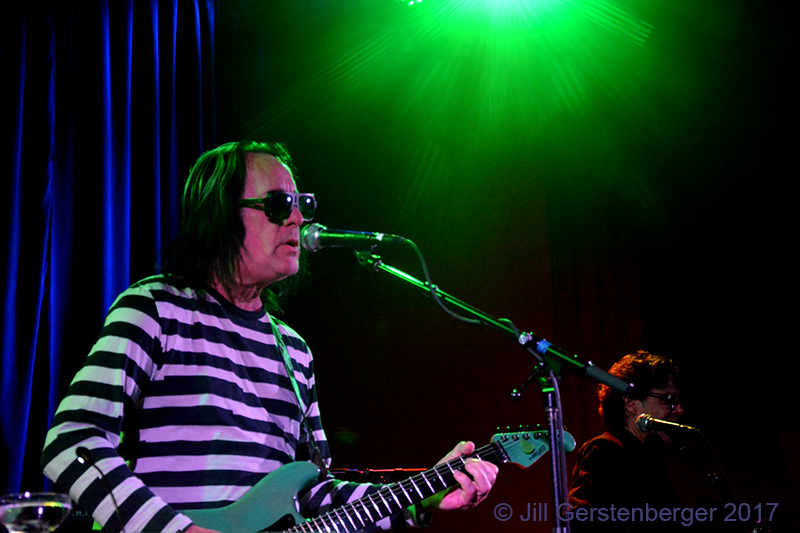 The show really got grooving when he played the song “Patches,” a Clarence Carter cover which seemed to be a fan favorite as they all sang along. He threw another oddball in there with the Monty Python cover of “The Meaning of Life” which he sang with a faux French accent. One great tune of the evening was “Born to Synthesize” which had the band throwing down some jazzy blues that had a fantastic groove. Rundgren started directing the band during this song saying, “Somebody do a solo.” until Prairie Prince laid down a shuffle beat and Jesse Gress accompanied him on guitar. It almost seemed like Rundgren was playing the producer role during the live set. 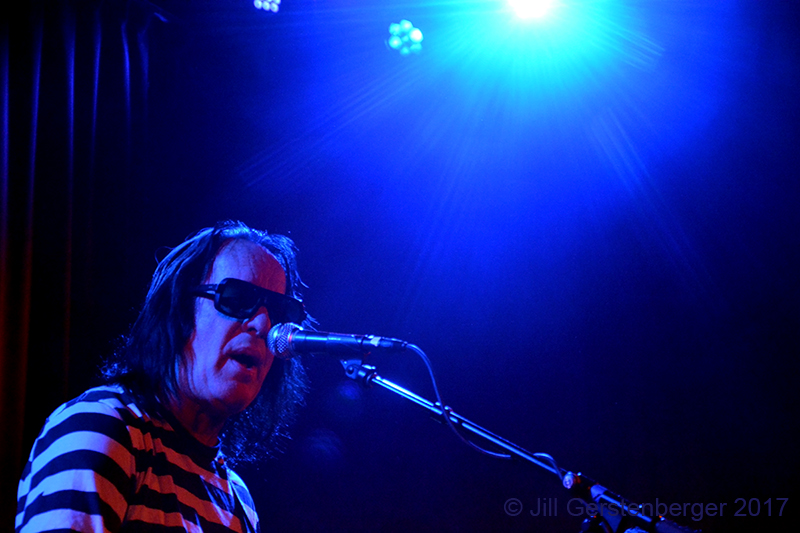 Rundgren and band played an upbeat version of The Strawberry Alarm Clock’s “Incense and Peppermints” and finished with The Utopia song, “One World.” Rundgren and his band left the audience begging for an encore but the band didn’t return which seemed to go along with the unpredictability of the evening. They had played for almost two hours and the entire evening was entertaining and not once boring. We really enjoyed seeing Todd Rundgren in action and could see his risk taking and genius sparkling throughout the set, genuine and notable. We’re hoping he comes through our town again sometime soon to show off his brilliance again for another evening.

Find out more about Todd Rundgren on his website.