While most modern bands with a heavy 80s influence tend to go the style of new wave, baroque pop, or fuzzy garage, artists associated with the synthwave genre have pointed themselves at the pulsing sounds of analog synths and dark melodies with minor chords, and the resultant enthusiasm for the scene has never been higher. In addition, popular TV shows like Stranger Things and Mr. Robot are also opting for the blinking, sparkling sounds of yesteryear, sparking an even wider interest in the modern approach that the synthwave movement drives. It’s thus little surprise that French electronic musician Carpenter Brut, now with two highly-acclaimed full-length releases under his belt, jumped from the small club setting of the Great American Music Hall in ‘07 to a fully-packed house at the Regency Ballroom this year, and cranked up the magnitude of the live show by a substantial amount. 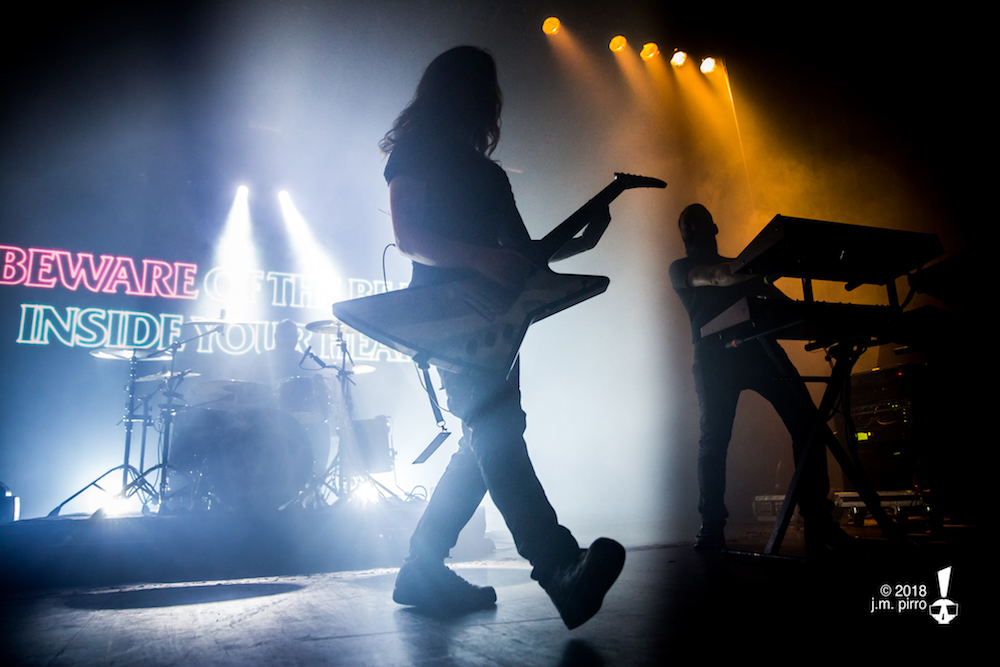 Infamous for preferring his identity to remain secret, Carpenter Brut — who lends his pseudonym to the name of his touring live band — spent nearly the entire set entirely in shadow, along with touring drummer Florent Marcadet (of Hacride/Klone), and guitarist Adrien Grousset (also of Hacride). This is not to say, however, that the show itself was dark; the amount of lights, as well as their constant speed, movement, and dances through numerous color scales, was positively astonishing. They swept back and forth, casting speeding spotlights across the ecstatic crowd; they strobed off and on in time to the thundering drums and piercing synths; there were even moments when the lights framed the massive screens behind the band, which lit up with over-the-top, wonderfully trashy clips from 80s slasher flicks. 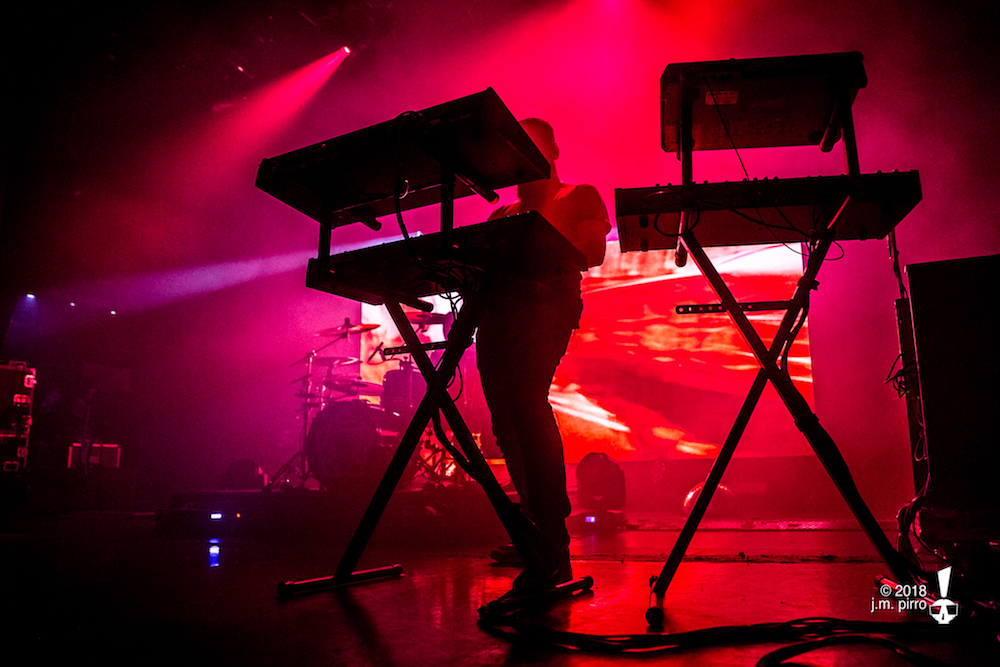 With the record Leather Teeth freshly released in February of this year, Carpenter Brut’s set was full of surprises, and the songs spread fairly evenly between the new album and EP collection Trilogy. Rounding things out was “Chew BubbleGum And Kick Ass,” a hearty nod to the cult classic They Live — whose director, John Carpenter, has been rumored to be the biggest influence for the musician, both in name and in sonic pedigree — and a roaring, stomping cover of Michael Sembello’s “Maniac”, which finally gave the audience a chance to sing along. Despite hiding in the shadows for most of their set, the men of Carpenter Brut turned on the house lights at the end of their set, exchanging waves and bows to their fervent onlookers. 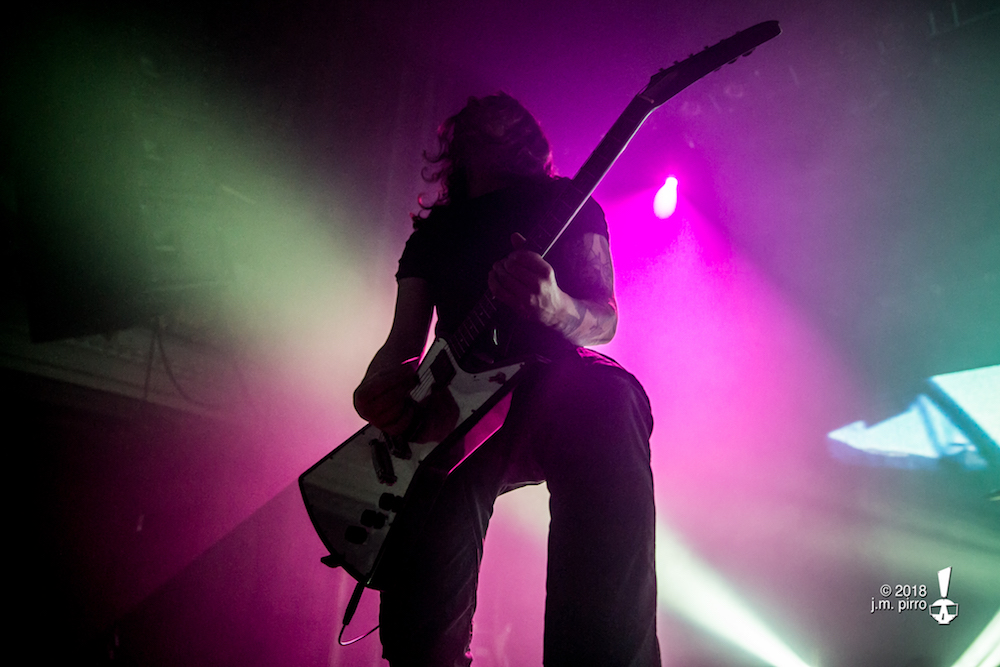 Unlike their last appearance in the Bay Area, Carpenter Brut were joined this time by colleagues from the French music scene — a mindblowing instrumental-rock trio known as Jean Jean. One only needed to watch the warmup routine of drummer Edouard Lebrun to know that the band had been saving every ounce of the day’s energy for their set, and as the first song of their set kicked into gear, jaws dropped and eyes widened. Though a vast departure from the retro sounds and dancy stylings of their tour mates, the men of Jean Jean never ceased moving, hurtling into each song as if it was their last act on earth. If the audience was thrown off by the spacey feel or extended times of the group’s songs, they hid it marvelously; the room was cheering with newfound wonder by the time the three had finished their set.

With such a positive response to both acts, it hopefully won’t be too long before Carpenter Brut, Jean Jean, and other French artists of their caliber tour again in the US. Their sets — or, more accurately, the individual songs within them — are fully-formed experiences for all senses; the melodies are expertly crafted, the visuals dazzling in their intensity, and the charisma of the musicians avidly palpable. For all of the dozens of concerts happening this night in the Bay Area — the Saturday night sandwiched between two Coachella weekends, heralding the arrival of the festival’s acts to local clubs — this one was definitely the home of the biggest party.

To find out more about Carpenter Brut, see his website.