Having just released Avé, their first official record as Venom Inc., Tony “Demolition Man” Dolan, Jeff “Mantas” Dunn, and Tony “Abaddon” Bray are out on the road in support of their new album, and if their recent stop at Slim’s San Francisco is any indication, this incarnation of the band is not only the real deal but is also what the fans want to see. 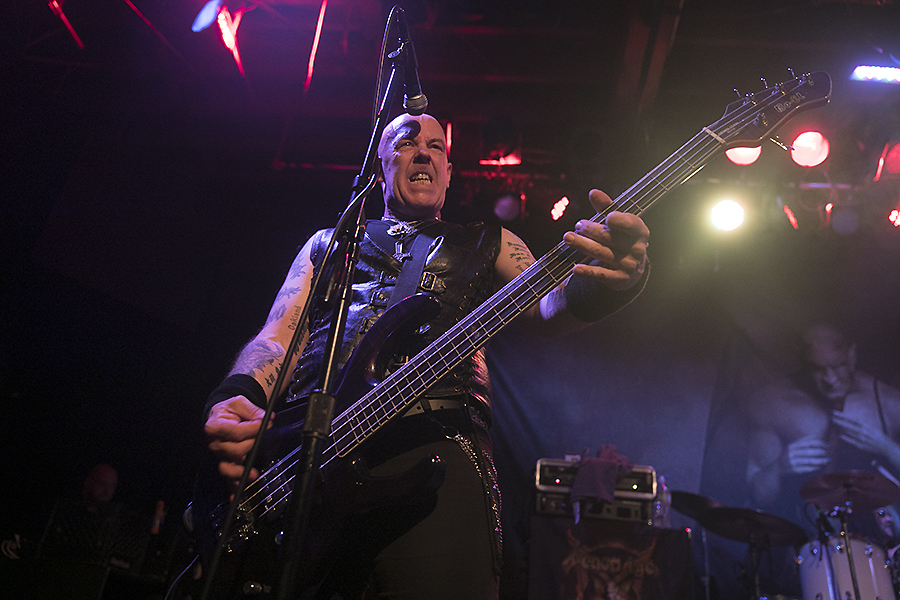 As the lights dimmed and the shadows of Mantas, Abaddon, and Demolition Man took their place at the stage with the intro to “Ave Satanas” playing, the near-capacity crowd was more than ready for the band to rip into their set. 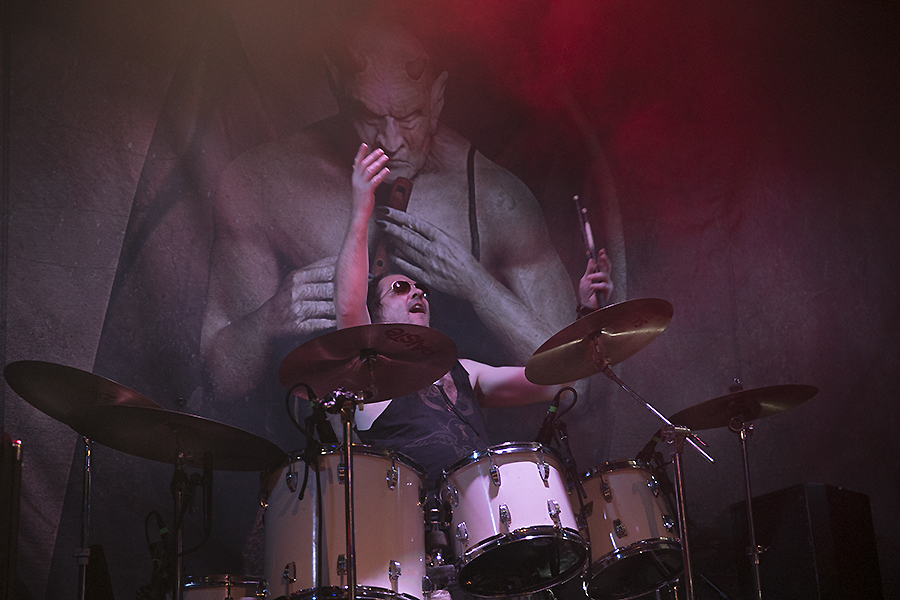 From the opening notes, the guitar tone of Mantas was already crushing, while the pounding of the drums from Abaddon combined with the thundering bass and growling vocals of the Demolition Man gave the song even more heaviness than when it was recorded. 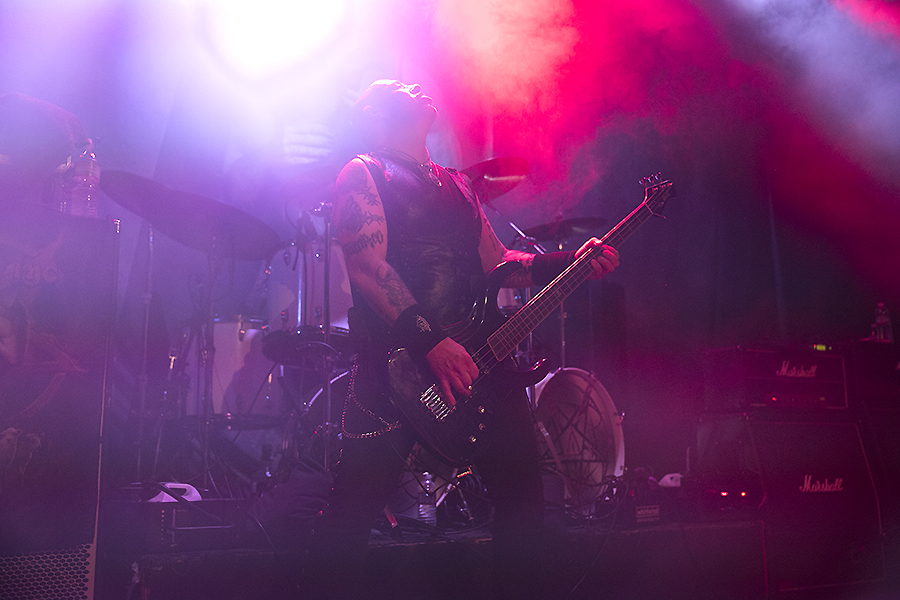 Next up was the Venom classic “Welcome to Hell,” and it had the fans headbanging, throwing their fists in the air, and moshing in a giant circle pit at the center of the venue. The band is clearly feeding off the energy, and as they launch into “Die Hard,” they were already firing on all cylinders. 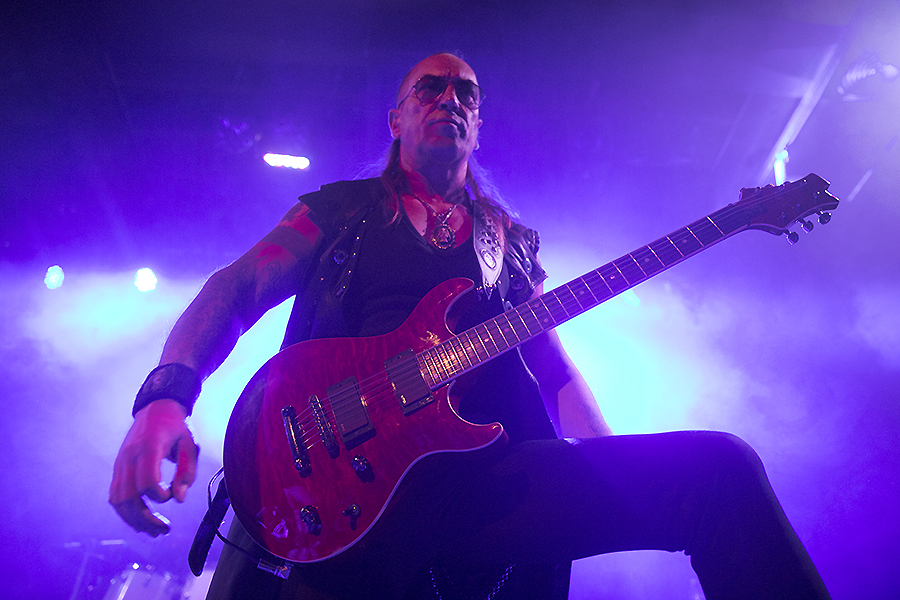 Highlights of the setlist included “Warhead,” “Black Metal,” and “Don’t Burn the Witch,” and as they closed their set with “Countess Bathory,” it was obvious that this is the real Venom.

Supporting Venom Inc. on this tour were both Goatwhore and Toxic Holocaust, who both put on heavy sets that brought the crowd to the venue early.

Goatwhore has been a particular Bay Area favorite, having made a stop at The Fillmore in March supporting Whitechapel. Fans were energized by their quick return this year.

For more information about Venom, Inc., check out their website.

Find out more about Goatwhore here.

Everything you ever wanted to know about Toxic Holocaust can be found on their Facebook page.