The Struts
The Fillmore
November 2, 2016

The Struts put on a sizzling performance at San Francisco’s classic Fillmore venue. Singer Luke Spiller was a crackling fireball of energy from the minute they hit the stage until the end of their hour-long set. The English band, formed in 2009 in Derby, Derbyshire, is heavily influenced by 70’s glam rock bands and you can hear subtle hints of The Rolling Stones, Queen, and T-Rex in their catchy songs. 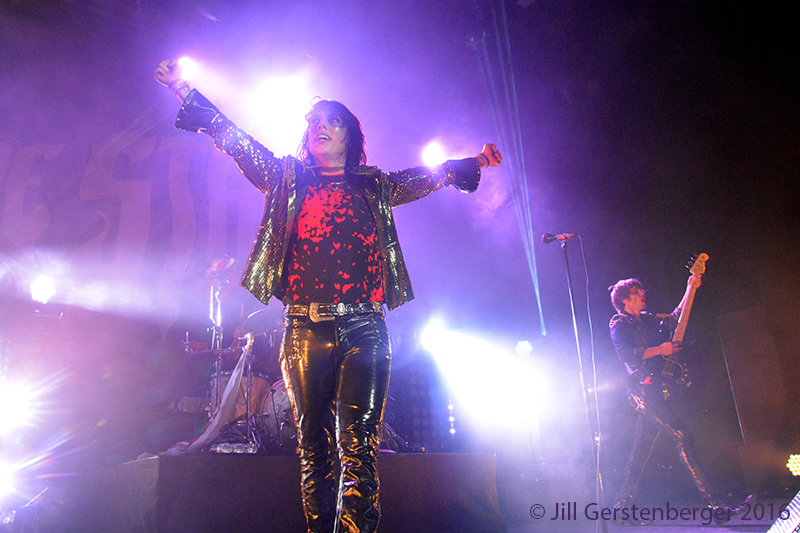 Spiller, who resembles young Freddie Mercury but with the dance moves of Mick Jagger and Michael Jackson, wearing a gold sequined jacket, black patent leather pants, and gold pointy-toed alligator shoes in true rock star style fashion. He quickly had the packed house clapping and swinging their arms in the air after the first few bars of the opener “Put Your Hands Up.” The crowd went wild during the anthemic hit “Could Have Been Me,” which had them singing “I can’t hear you!” so loudly you could hardly hear the band from the back of the room. 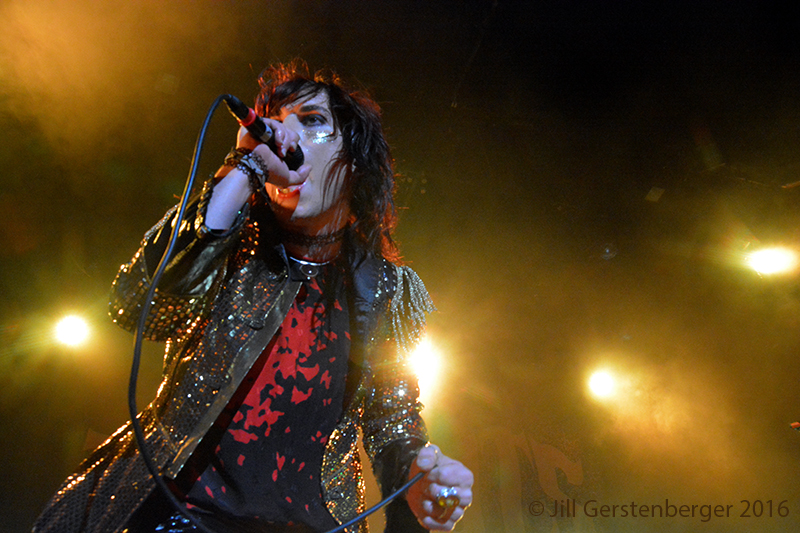 The band is a powerhouse though and showed off their talents during the riff heavy “Kiss This” which had guitarist Adam Slack rocking while bassist Jed Elliott and drummer Gethin Davies killed it on the rhythm section, all the while floors literally thumping. Another fan favorite was the slower “Mary Go Round” which everyone in the audience seemed to know the words to and sang along. Spiller led the crowd in a call and response before telling the crowd of their frustrations of not getting any airplay for the new album in England even though the American audiences have been very receptive. We do love our English bands. 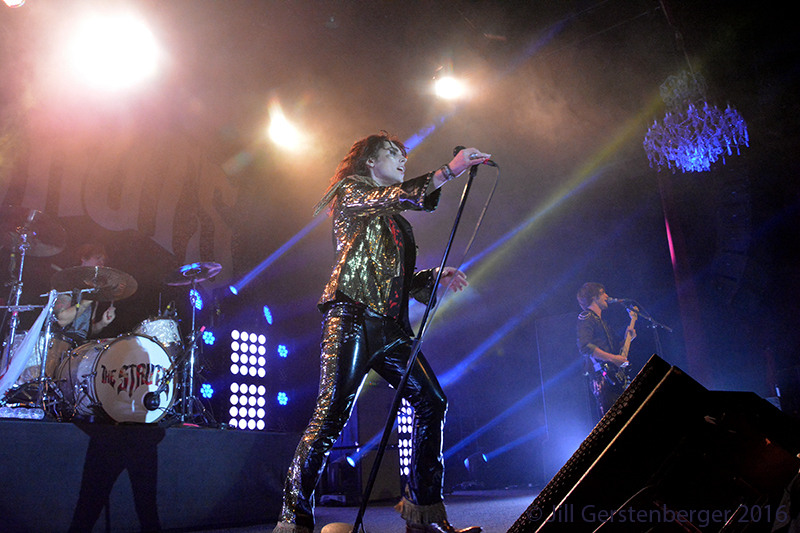 From there the band went on to play their latest single, “Put Your Money On Me,” and Spiller got the entire floor of the Fillmore hopping up and down in unison. It was electrifying and everyone seemed to be having the time of their lives. 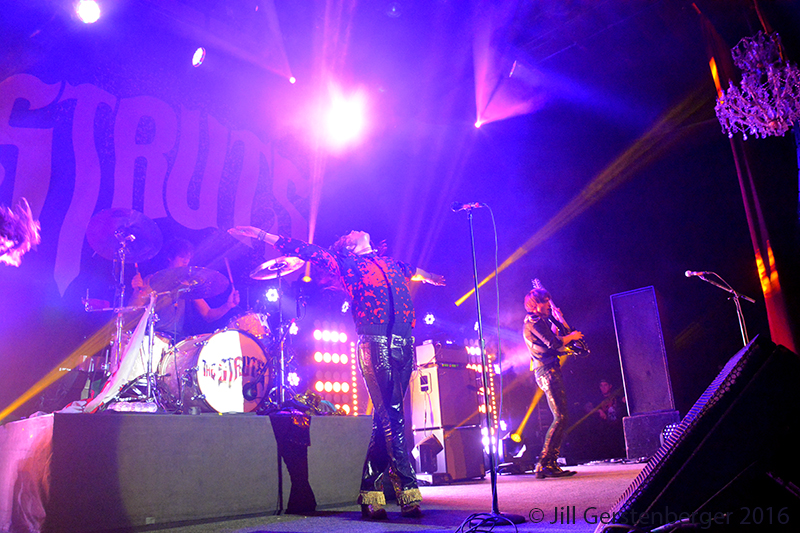 They came back for an encore and played an acoustic version of “She Makes Me Feel Like” with an audience sing-along. Then, The Struts finished the set with the rhythmic “Where Did She Go” with Adam Slack doing a call and response with his guitar and the crowd. Spiller sported a silver sequined top hat and he orchestrated the crowd in to swinging their arms back and forth while singing “Oh, oh, oh, where did she go?” before getting the entire crowd to kneel and then hop up and start dancing at the same time. They put on a totally dynamic show and made it easy to see why bands like The Rolling Stones and Guns N’ Roses have brought them as an opener. We’re looking forward to hearing more great music from The Struts and we can’t wait for them to come through town again. 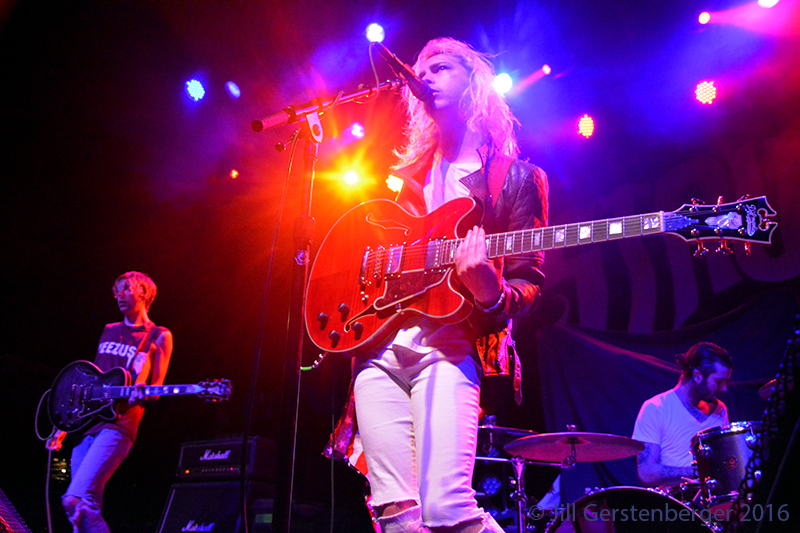 Opening for The Struts was The Hunna, an English rock band from Hertfordshire. The band members are singer/guitarist Ryan Potter, lead guitarist Dan Dorney, bassist Jermaine Angin, and drummer Jack Metcalfe. They had a sound that was crossed Styx with Soundgarden. A few of the fan favorites were “She’s Casual” and “Bonfire.” The singer had loads of charisma and the drummer was a powerhouse on the skins. When they went in for the harder stuff, the crowd really loved them. They announced that they were coming back to the states for six months next year to tour and would be a great band to catch on their next go-round. 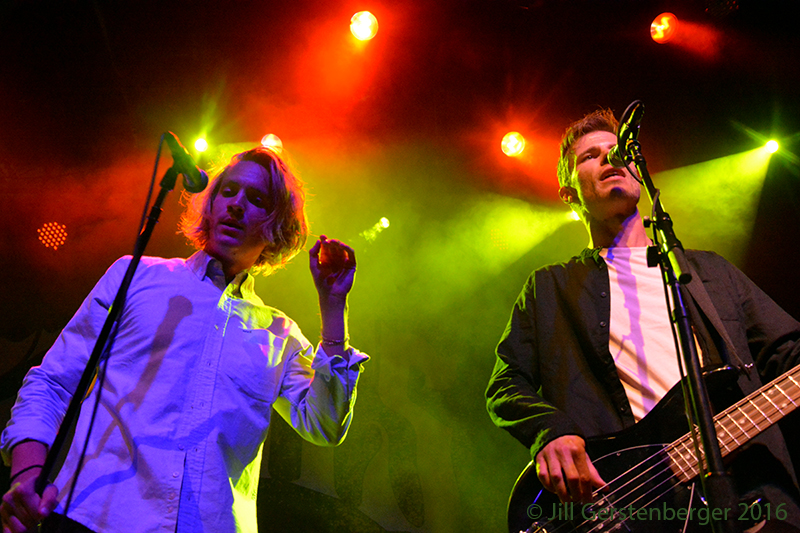 Kicking off the show was Bleeker from Canada. This was one of those rare occasions where the first band who usually plays to a handful of people was killing it and drawing the crowd away from getting drinks at the bar. The band sounds like a happier version of Nirvana with fuzz guitars and a powerful rhythm section. It was like the early Seattle scene had returned to San Francisco for a night and the crowd was loving it. Vocalist Taylor Perkins has a great voice and good looks to match, and his brother Cole Perkins does a terrific job on guitar. Their song “Highway” got a great response from the crowd. These guys don’t have a huge following yet but they’re definitely worth watching out for.

Setlist: Put Your Hands Up | These Times Are Changing | Could Have Been Me | The Ol’ Switcheroo | Kiss This | Mary Go Round | Roll Up | Dirty Sexy Money | Put Your Money on Me | Only Just a Call Away | She Makes Me Feel Like | Where Did She Go

Find out more about The Struts on their website. “http://thestruts.rtouring.com/”