One of the most influential musicians of the 21st century, Amy Winehouse was also one of its most troubled souls. A recent presentation of Amy Winehouse by San Francisco-based UnderCover Presents gave both sides of her life through both a documentary movie and live performances. The show began with 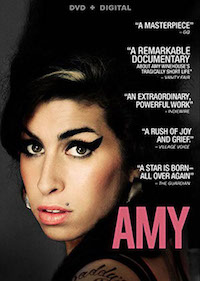 a screening of “Amy,” a documentary about Winehouse, chronicling her life from teenage years through her early death. For over two hours, the film captivated the audience.

Following the film, there were three performances. UnderCover puts on shows that give local musicians the opportunity to focus on covering well-known songs. Past performances have included tributes to Green Day, Bob Marley, Sly and the Family Stone, Radiohead, and Black Sabbath. Well-known songs and albums are brought to life not through slavish recreation but rather through interpretation, often providing new insights into the original music.

The most obvious tribute to Winehouse in the show was to her songwriting. Because these were interpretations, there was no effort to mimic Winehouse’s voice, or the well-known arrangements of her recorded music and performances. A wide variety of genres were crossed, and even when the R&B and jazz roots were evident, the results were different. The ability to make this work showed how strong the songwriting was. If one had never heard Winehouse, the songs still hit the emotional chords that lay within the words and melodies. 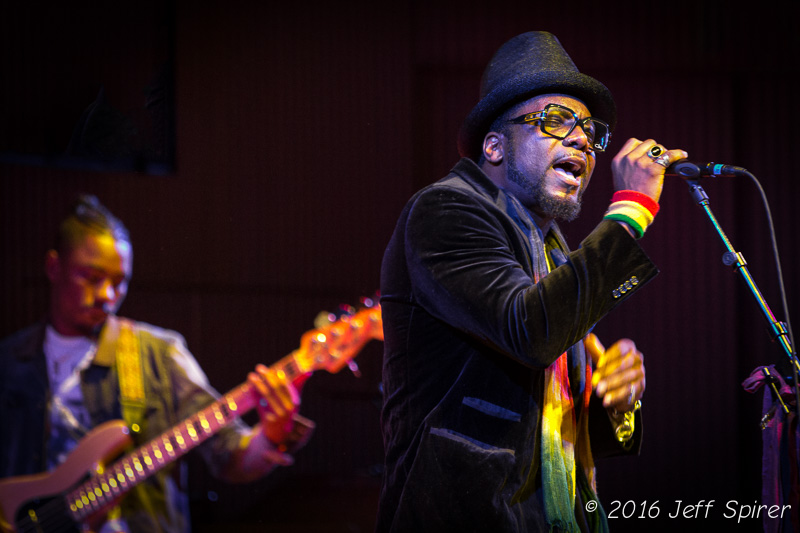 Martin Luther McCoy kicked off the live segment. McCoy, often performing as Martin Luther, brought his retro-soul and funk presence to the show. Smiling constantly (a prelude to the surprise at the end of his set), McCoy sang four Winehouse numbers to the backing of Oakland’s Kev Choice Trio. Despite uptempo numbers like “Valerie” and “Rehab,” McCoy was most affecting with the slower tunes, the 60s soul vibe strong, his admiration for Sam Cooke obvious in his interpretations of Winehouse’s music, particularly on “Love is a Losing Game.” 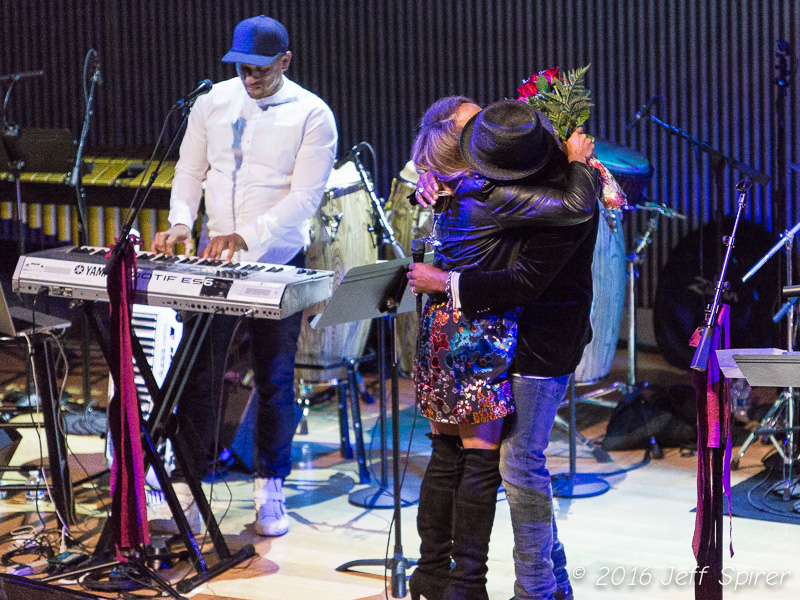 And then there was the surprise. Performing his original composition “Finally,” the screen behind McCoy starting flashing messages to a member of the audience. The crowd went wild as it became clear that he was proposing to his girlfriend, who came up on stage and hugged. Although there was no mic on her, the body language to his proposal said “Yes!” 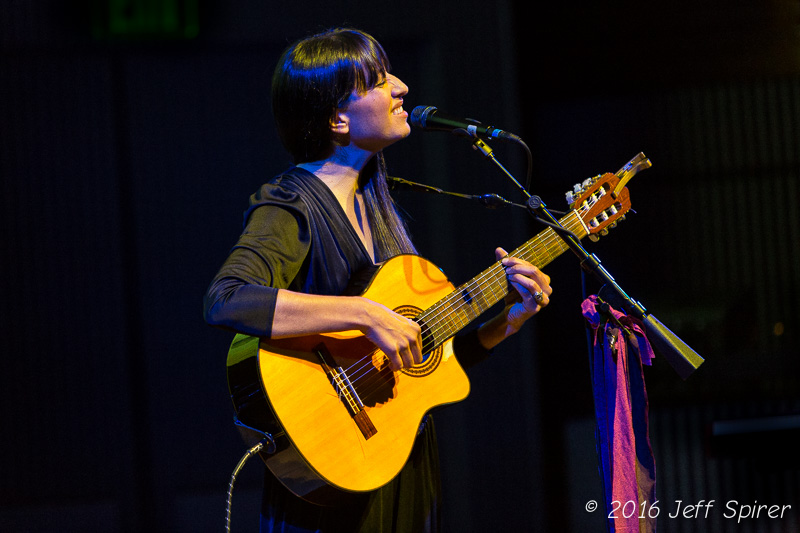 Diana Gameros followed Martin Luther with a complete changeup that showed just how universal Winehouse’s songs are. Playing an acoustic guitar and singing in a bright, clear voice, Gameros brought her Mexican heritage to the music, with echoes of both traditional and jazzy Latin music. Opening with “October Song,” and accompanied solely by Patrick Wolff on xylophone (which he played with both mallets and a bow), the minimal sound accentuated Gameros’ voice. 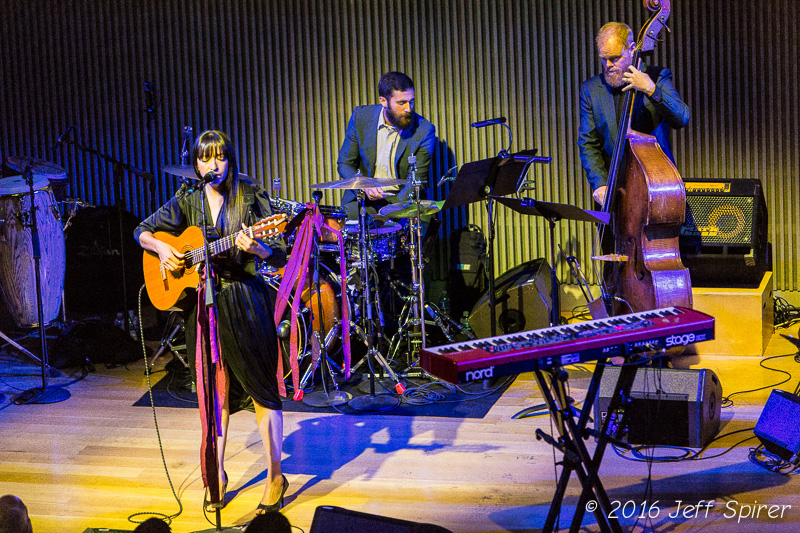 For the rest of her set, Gameros played guitar and sang in front of a trio (sax, standup bass, and drums), bringing out the jazz and swing. While Winehouse often brought jazz to her arrangements (and Tony Bennett says in the documentary that she was born with the spirit of a jazz singer), the Latin feel lightened the sound, away from the often dense arrangements behind Winehouse. 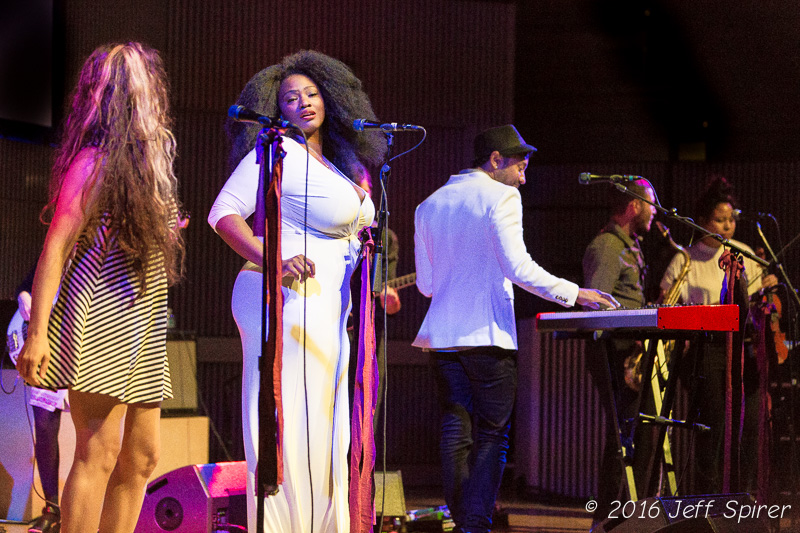 Introducing Oakland’s Midtown Social, UnderCover’s Lyz Luke suggested the crowd get ready to get up and dance. SFJazz’s Miner Auditorium isn’t set up well for dancing, but some audience members did get up out of their seats and walk to the more open rear of the venue to let loose; others moved in their seats to the upbeat funky vibes of the band. 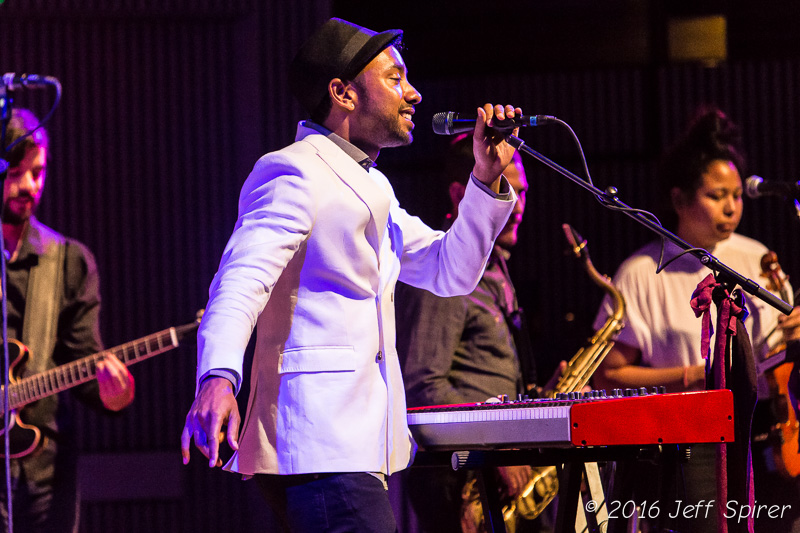 With nine performers on stage, Midtown Social came the closest to the kind of lineup Winehouse would use, and use it they did. The big sound with three vocalists, congas, sax, and a violin in addition to the guitar/bass/keys/drums filled Miner Hall. Still, Winehouse’s songs were, once again, interpretations, most notably “Back to Black.” It started fairly minimal and reggae-like, with that dub guitar sound. When the fiery guitar solo hit, the sound morphed into Latin funk, and one of Winehouse’s “signature” songs took on a second life within one masterful performance. The band went on to play one additional Winehouse song, a bit of icing on the cake.

Find out more about Martin Luther McCoy on Bandcamp.

Check out Diane Gameros on this site.

Setlist: Me and Mr. Jones | Know You Now | Detachment |Back to Black | Tears Dry on Their Own

Get all the scoop on Midtown Social here.