Influenced by the likes of jazz, rhythm & blues, and dance hall music, reggae preaches love, the communal connection to each other, and a deep connection to the cannabis culture, as well as Mother Earth. Reggae reaches out and grabs its listeners with grooving bass lines and an easy-to-dance-to musical format.  Some would say a “hippie fest” of melody. Born in the heart of Jamaica in the 60s, but noted early on as far reaching as the rock-steady and ska beats in the UK in the 50s, reggae also has its roots firmly planted in the religion of the Rastafari.  However, much like other roots of musical genres, the reggae root system has expanded, and dug deeper into the heart of a more contemporary audience world wide.  This extremely popular progression of dance hall music fused with reggae can be traced as far back as the 70s with artists like Third World and the short-lived glory of a band called Pass The Dootchie. UB40 and Sublime were also very prominent with this reggae fusion-style in the 80’s. Fusion reggae typically blends more traditional reggae with hip-hop, pop, and alternative musical styles, but lyrically remains loyal to the message of social strife, political adversity and uplifting positive messages. 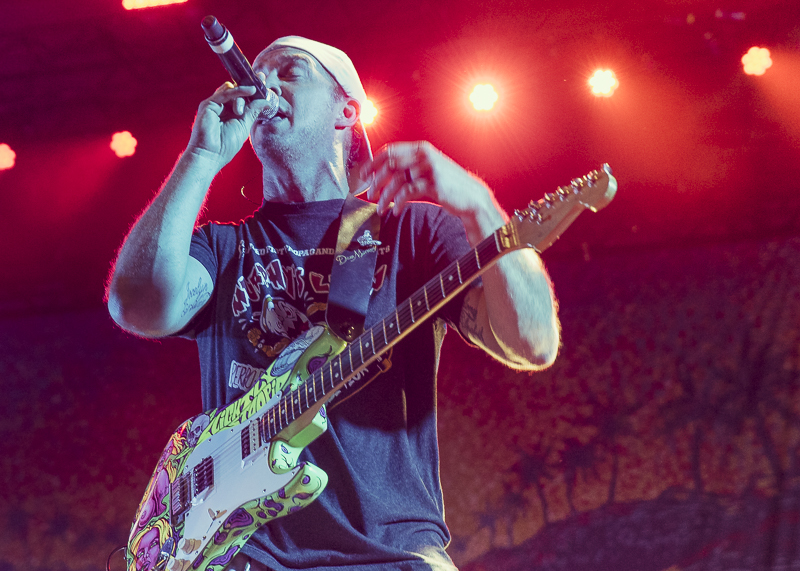 On a beautiful warm, arid summer evening in Berkeley, fusion reggae artists Slightly Stoopid featuring Iration, and J Boog soaked in the evening and shared a few joints with about 7,000 of their closest friends. 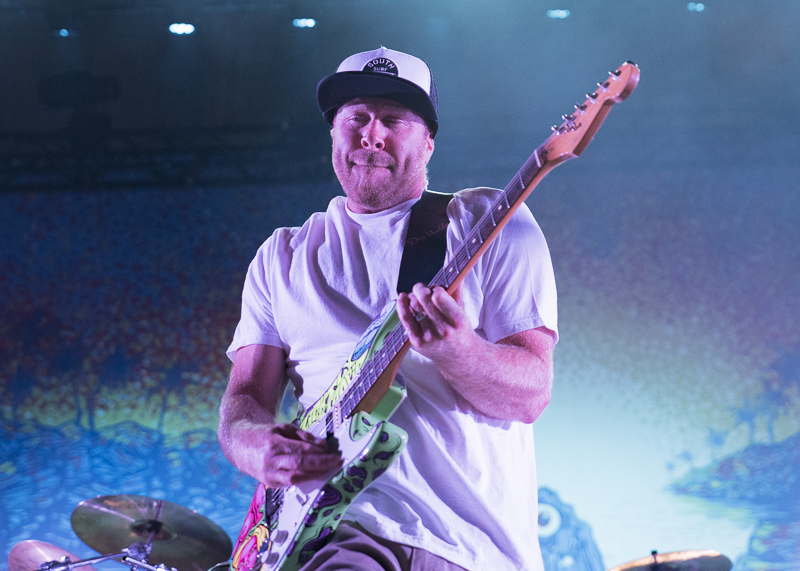 Headliner Slightly Stoopid took the reggae genre to the edge this night, with additional influence from funk, punk and ska genresFounded by childhood friends Miles Doughty and Kyle McDonald in Ocean Beach, California, Slightly Stoopid has been touring relentlessly with few breaks since their inception in 1994, and it’s no mistake that Bradley Nowell of Sublime fame was the first to sign this hard working band to his Skunk Records label soon after High School. Stylistically, Sublime and Slightly Stoopid are very similar, both hailing from the surf culture of Southern California’s beach scene, although Slightly Stoopid’s style is a bit more relaxed than the fast-paced guitar work featured on most of Sublime’s tracks. Not coincidentally, Slightly Stoopid’s song “Prophet,” which features Bradley Nowell’s vocals, was also later covered on Sublime’s Everything Under the Sun box set. 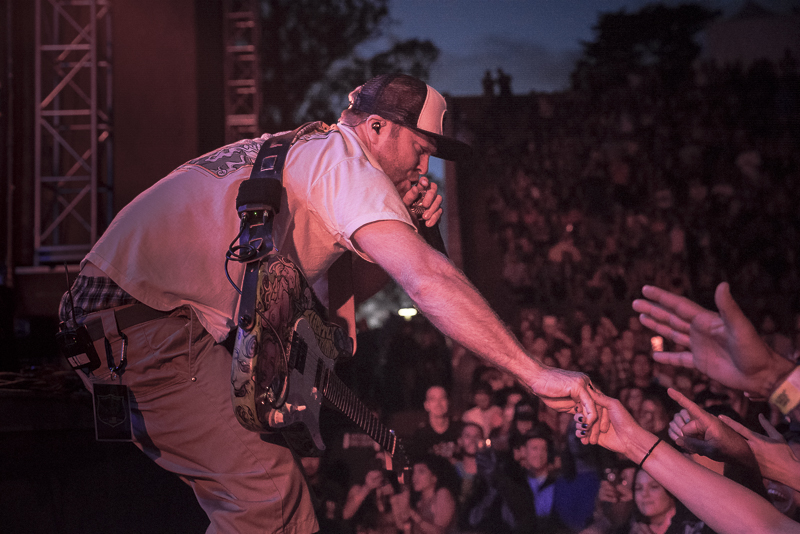 Doughty and McDonald also share a unique cohesion on stage, splitting duties in vocals, guitar and bass. Mid-way through their set, they switched their bass and guitar over each other’s heads and swayed into their next song. Logistically, they made it look so seamless, yet it still had a subtle WOW factor! Slightly Stoopid’s set was a smooth ride through their favorites of their four album collection, with a few added covers such as “Legalize It,” written by Peter Tosh, and “Franklin’s Tower,” written by The Grateful Dead, but the real treat of the night came when Scott Woodruff from the band Stick Figure pulled in from backstage to sing during a jam session based loosely on the Slightly Stoopid hit “No Cocaine.” 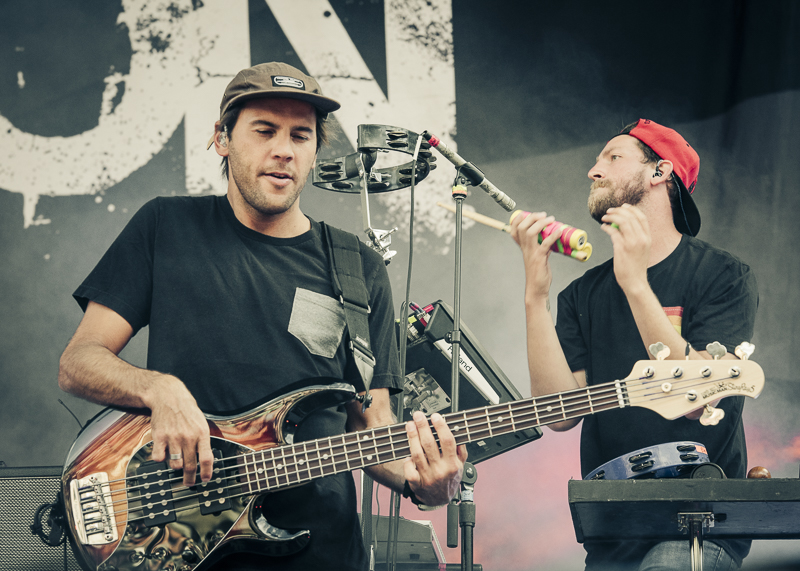 Taking the stage before Slightly Stoopid, Hawaii’s own Iration sang out tunes of cool breezes and chill vibes with huge smiles on their faces. Iration swayed their way through their set of Billboard topping hits, amongst the shenanigans of keyboardist Cayson Peterson and bass player Adam Taylor, and finished off their set alongside vocalist Kyle McDonald of Slightly Stoopid with a flashback to UB40’s “The Way You Do The Things You Do.” 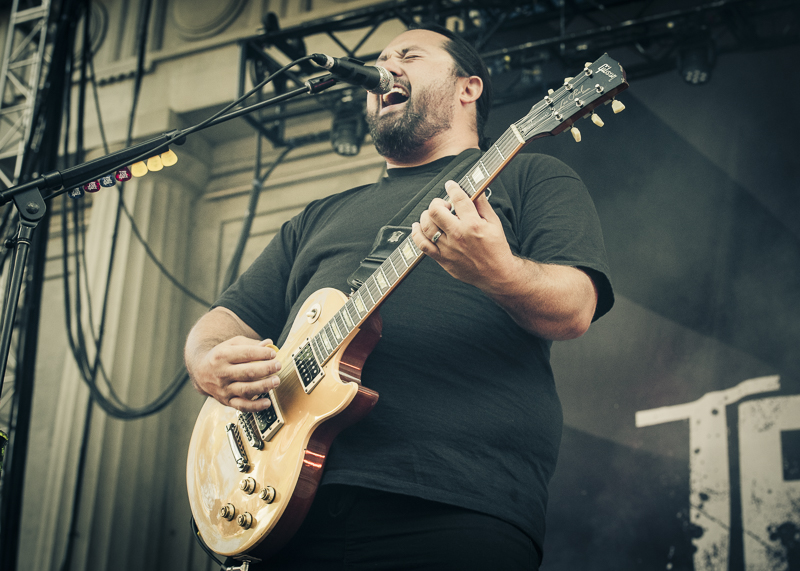 Although the band originated in Hawaii, members of Iration now reside in the Santa Barbara area, where they relocated in 2006 to play the college circuit. Iration has hit the Billboard reggae charts regularly with their albums Fresh Grounds (EP-2011), Automatic (2013) and Hotting Up (2015); an impressive feat, given the band started off as a Poly Tech / UC Santa Barbara party band. 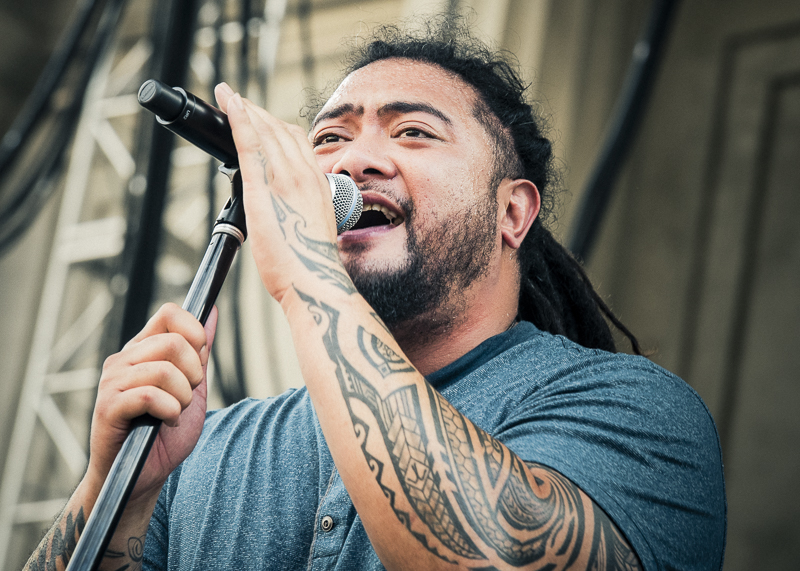 J Boog and the Hot Rain band were up before Iration. Boog’s smooth, gentle swagger and hip-hop/ R&B style vocals swept the Greek. His set was chock full of popular originals that had the audience jumping and hooting a solid “Ha Chaaaa” at every opportunity. A term that defines the process of breathing, as in a strong cardio work out. 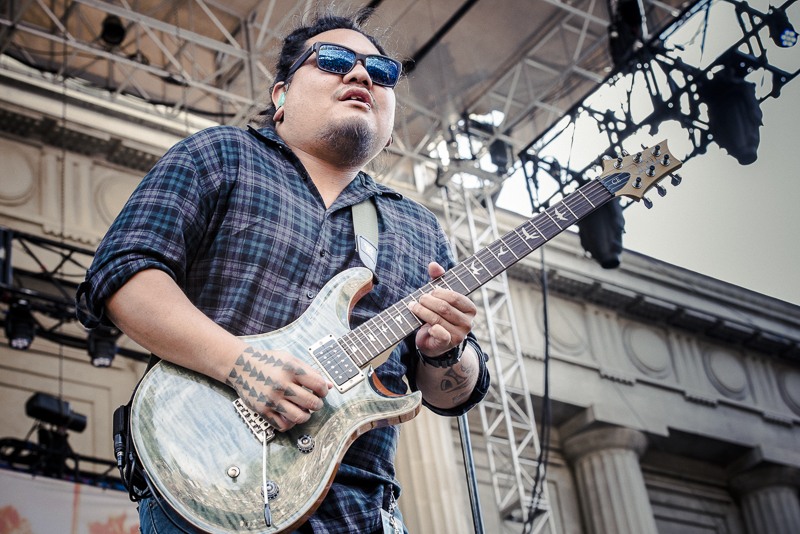 From his hits off his freshman EP Hear Me Roar (2007) – “Sunshine Girl” and Let’s Do It Again – to the newer, silkier beats of Boog’s third full-length album, Wash House Ting (2016), J Boog is a performer who delivers hook, line, and sinker. His tunes are extremely heart-felt and danceable; an enticing combo of velvet vocals enhanced by his two incredible back up singers, along with exciting rap dialogue. It’s also worthwhile to note that one of his back up singers, Siaosi, has a quite a following as a solo vocalist in the Island music genre as well. 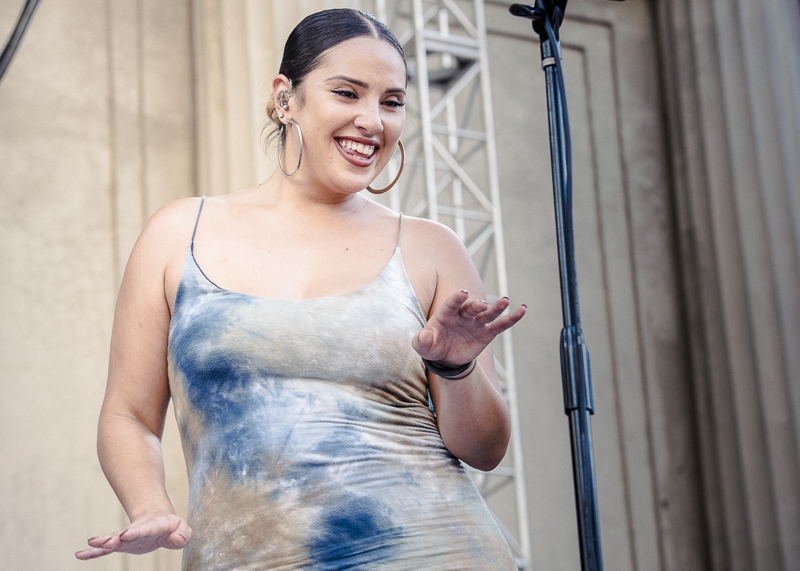 Hailing from Long Beach, and growing up in Compton, Jerry “J Boog” Afemata is of Samoan descent and has his roots engrained deeply in the hip-hop and R & B cultures. In 2005, Boog teamed up with Island Records artist and manager George “Fiji” Veikoso, who helped him refine his style and paved the way for other Polynesian artists as well. But it was his collaboration with Hawaii/ San Francisco’s Wash House Inc that has solidified his music as a reggae powerhouse touring band for generations to come. J Boog has topped Billboard’s reggae charts, recorded in Jamaica, and toured relentlessly in the short twelve years he’s been making music. Accomplishments that very few Polynesian artists can claim.

Funky, soothing, and dance-ready reggae tunes were the theme of the night, and all bands brought their each elemental vibe.

Setlist: 2 AM | No Cocaine | Just Thinking | Officer | Legalize It

For more information about Slightly Stoopid, check out their website.   http://slightlystoopid.com/