When it was announced that after years of speculation that founding guitarist James Iha would be reuniting with Billy Corgan and Jimmy Chamberlin and going on a tour that consisted of classic songs from their first five albums, Smashing Pumpkins fans were undoubtedly excited at the prospect. On a Monday night at Oracle Arena, the group, plus bassist Jack Bates and lead guitarist Jeff Schroeder, played a masterful thirty-song set that lasted for an astounding three hours. Armed with one of the most impressive stage sets in recent memory, the band was on fire throughout. The stage rotated video screens and lights, with each song having its own unique lighting/video combination. 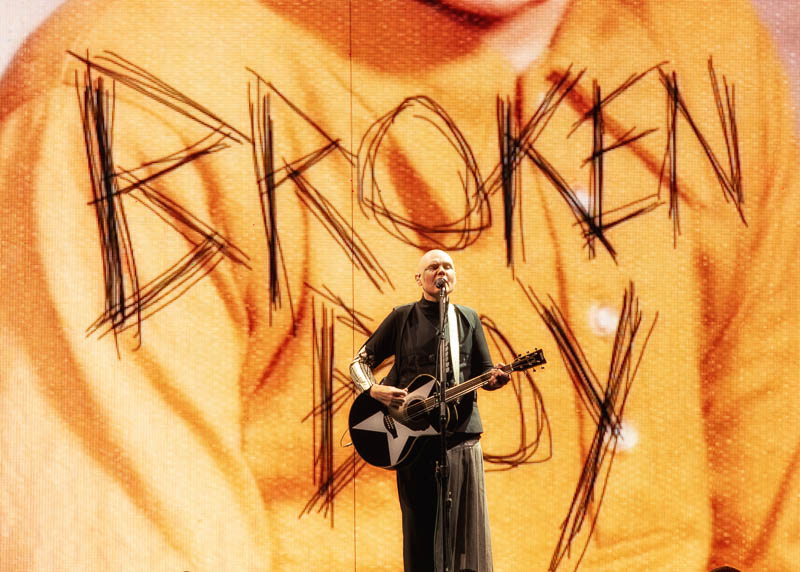 Corgan took to the stage for the first song armed only with an acoustic guitar to play a sizzling version of the classic song “Disarm.” The driving ballad was punctuated with a strong vocal line from Corgan, who seemed intent on proving all of the doubters wrong about this comeback tour. 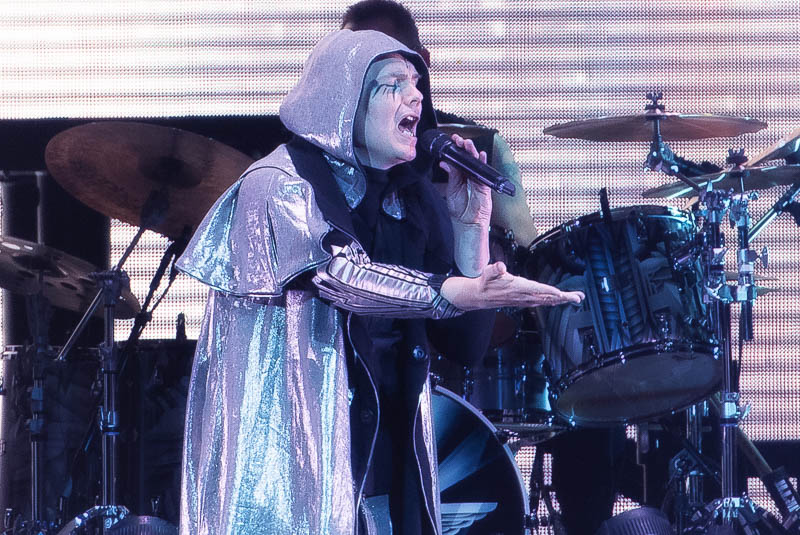 The rest of the band came out on stage and ripped through an inspired version of “Rocket,” and so began an extravaganza of impressive performances for the next three or so hours. Corgan and the rest of the band were not content just to play old songs, as they had a few impressive covers to throw into the mix as well. 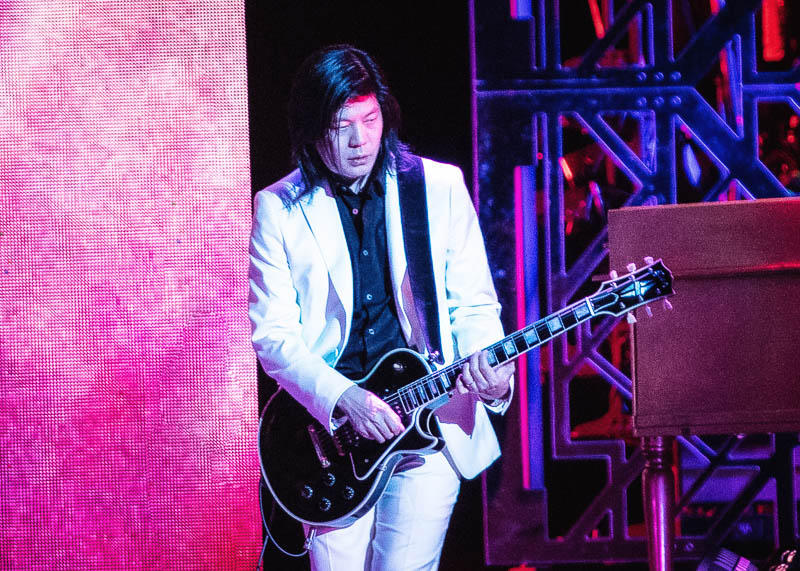 After a brief costume stage, Corgan took the mic and stepped up onto a platform as the rest of the band played the David Bowie classic “Space Oddity.” In this new three-guitar lineup, Corgan can take on the normal duties as frontman as he did on this song. With a breathtaking set of visuals behind him, the song was a stunning display of the band’s supreme talents. 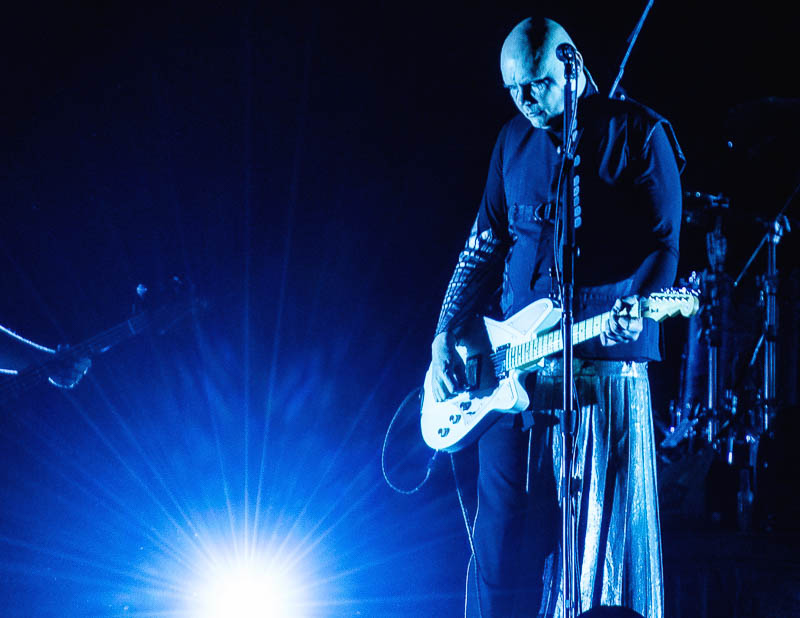 A few songs later the band rolled through the surging “Zero,” which featured plenty of ferocious guitar playing and another inspired vocal performance from Corgan. Another big highlight from the night came in the form of the gorgeous ballad “Thirty-Three,” which weaved beautiful acoustic guitar strumming with uplifting lead guitar work. 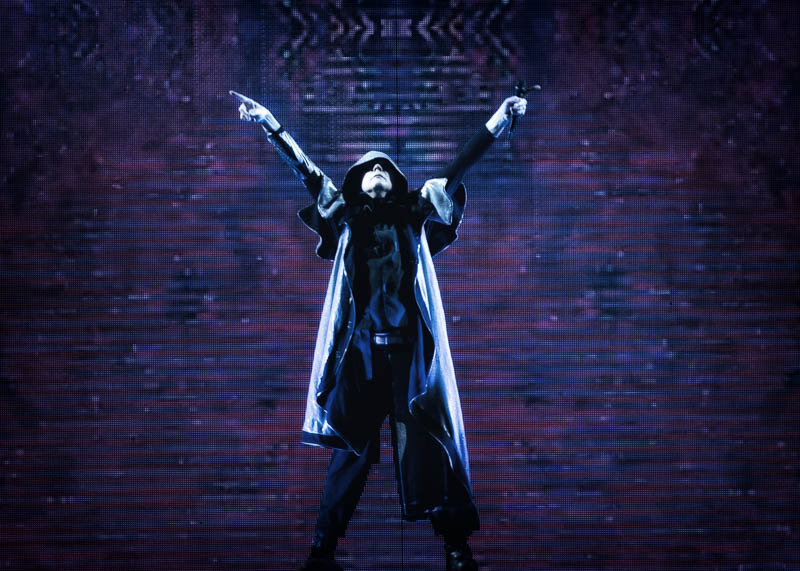 Iha took on the lead vocals during a beautiful version of “Blew Away,” but aside from that, this was clearly Corgan’s masterpiece. 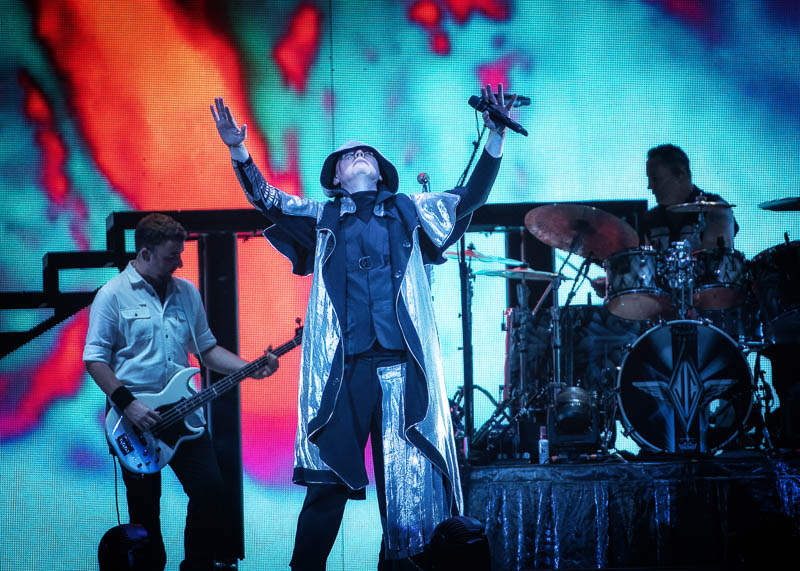 Later in the night, the Smashing Pumpkins rolled through the Led Zeppelin staple “Stairway to Heaven,” with Corgan rearranging the majority of the song for piano. Schroeder really shined on this, effortlessly playing the legendary guitar solo. While there was the occasional banter from Iha or Corgan on the mic, most of the show was dedicated to the songs, which was just fine for the thousands of people that turned out to see the concert. 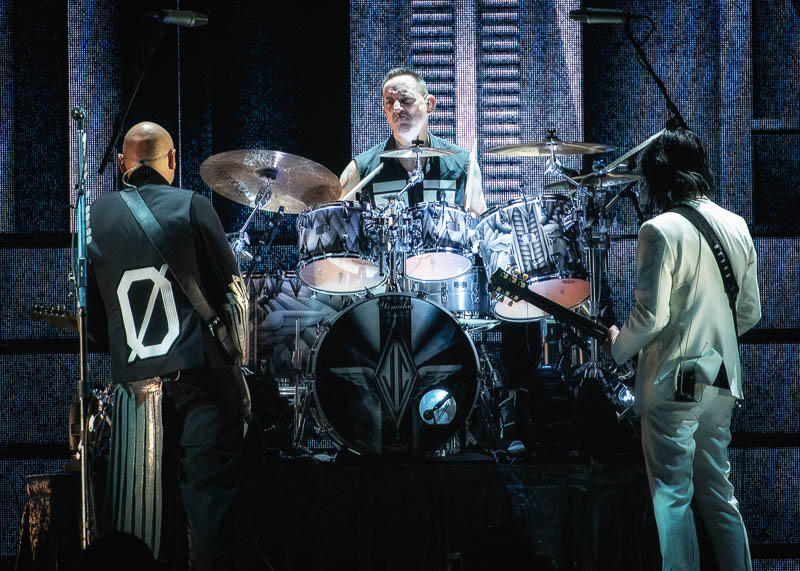 Before the final song Corgan admitted that he was feeling under the weather and that he was not sure at the start of the night if he would be able to finish the show. However, he remarked that the crowd really lifted him up at the beginning, so much so that he felt he had to finish things out. So, the band rolled through another classic song, “Muzzle,” and then triumphantly left the stage to a standing ovation. 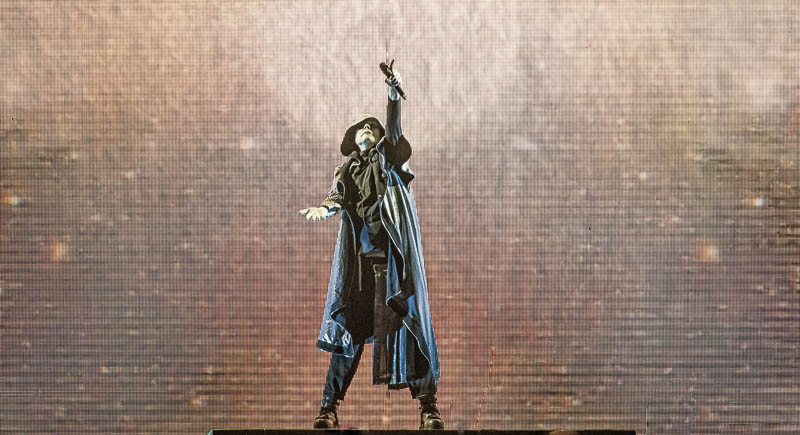 Few large-scale arena shows can match the level of grandiosity and the power that were on display during the Smashing Pumpkin’s set. With this new lineup and stage show, Billy Corgan has shown once again that this music is just as vital and important as ever.