While the early roots of Irish music stem from religious hymns and traditional folk songs of woe and strife, music from the nation of Ireland has certainly come a long way. Like the music progression from their British neighbors, the prolific spread of rock in the 60’s and 70’s paved the way for many Irish rock bands. Acts such as Them (and later the solo Van Morrison), Thin Lizzy, The Pogues, and U2 have brought the world to their inspirational brands of Irish rock. Flash forward to modern day and all of these influential styles, as well as traditional Irish Folk music, can be found right here in the San Francisco Bay Area. 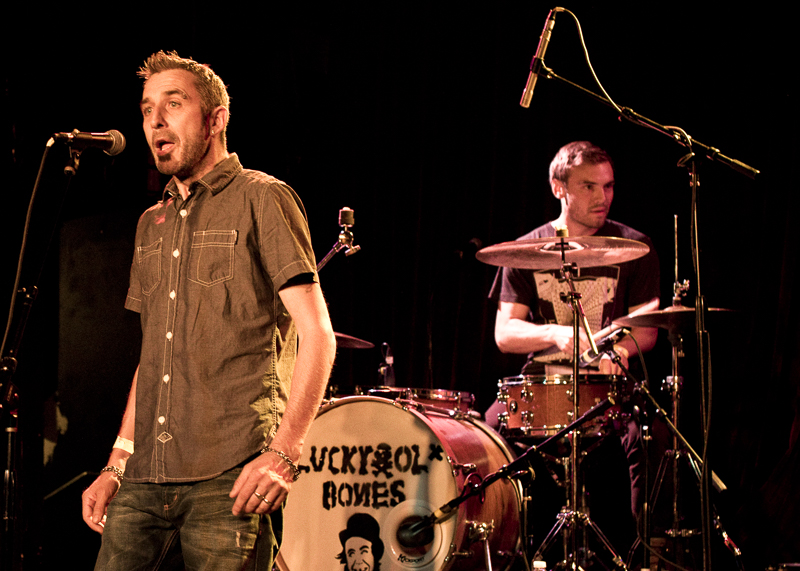 If there is one thing Irish musicians clearly do well, it’s sing anthems of revolution and unity, oh, and drink, right? We can’t forget the latter! While I can’t comment on the sobriety of the bands this night, this bill delivered exactly what the audience wanted – classic Irish tunes fused with punk, a little bit of bluegrass, and nostalgic rock ‘n’ roll. On a late summer August Saturday evening, The Shams, Culhann’s Hounds and Lucky Ol’ Bones provided a high energy, toe-tapping good time at Annie-O’s Night Club in Santa Rosa. 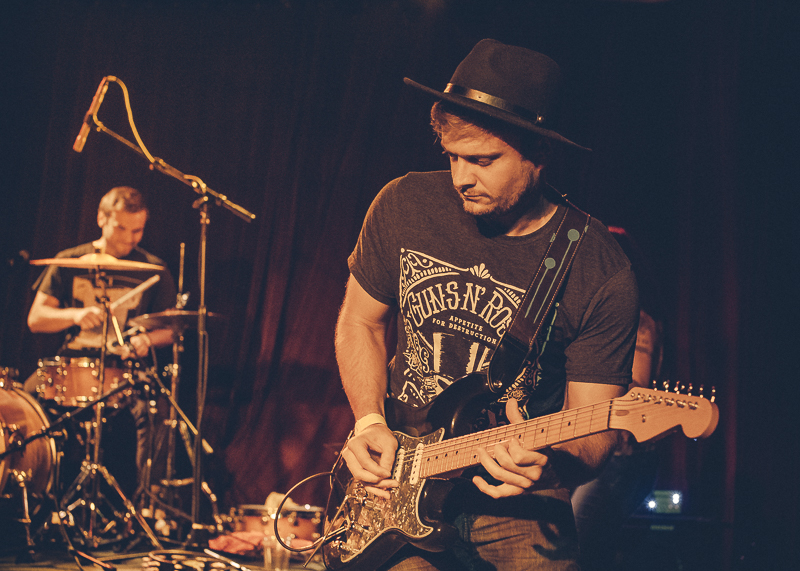 Carrying forward the tradition of the traveling Celts of 2,000 years prior, San Francisco’s The Shams play a combination of rock, Irish-Celt Folk and alternative music. An incredible mix of genres, thrown into a pot, with a dash of spice to get you moving. The set list for this evening was proudly proclaimed for a “Cool Audience,” as The Shams’ singer Sean Daly led a specially requested rendition of the classic Irish Folk tune Provo’s Lullaby and moved the band seamlessly through a few other different styles, from the popular rock influence on Sunset Paddy’s to Throwing Shapes, a tune reminiscent of The Cure. The Shams bring to life the whole reason music like theirs has been popular for so many years – to bring light into the darkness of life and the worst situations, and have a bit of fun along the way. 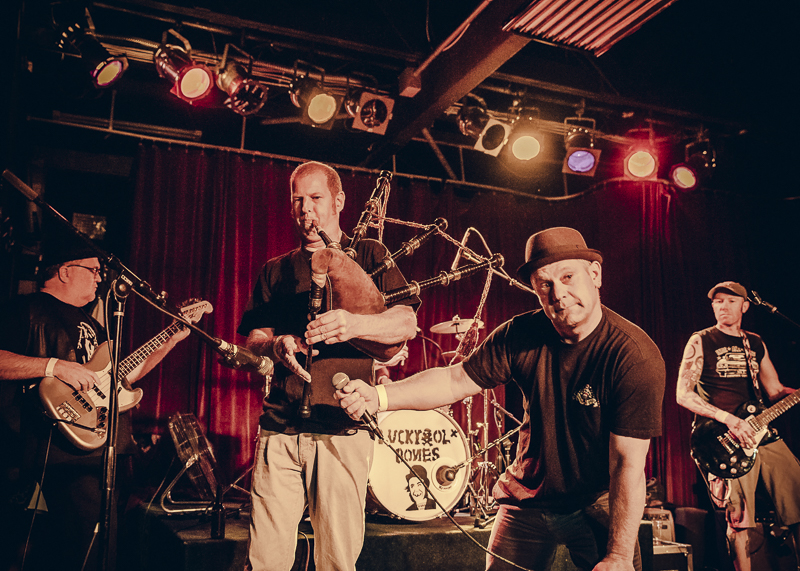 A dynamic set played by a local favorite Lucky Ol’ Bones was a particular treat this night, as they delivered ancestral Irish and rock tunes with a bit of Irish punk-ska mixed in. This seven-piece band brought out the tin whistle, the accordion, the bagpipes, and the mandolin, and sang out old favorites from bands such as Flogging Molly and The Pogues, with a little “Happy Ending.”

Set List: Sick to Death | Sunny Side of the Street | Sunset Paddy’s | Wheel of Life | The Grind | Complicated | Go On Home Boys | Provo’s Lullaby | Throwing Shapes | Muirseen Darken | Fisherman Blues | Not Bothered | One and All | Who Cares | Carry On | Drinks Are On Me

Find out more about The Shams here.

For more information on Lucky Ol’ Bones, check out their Facebook page.