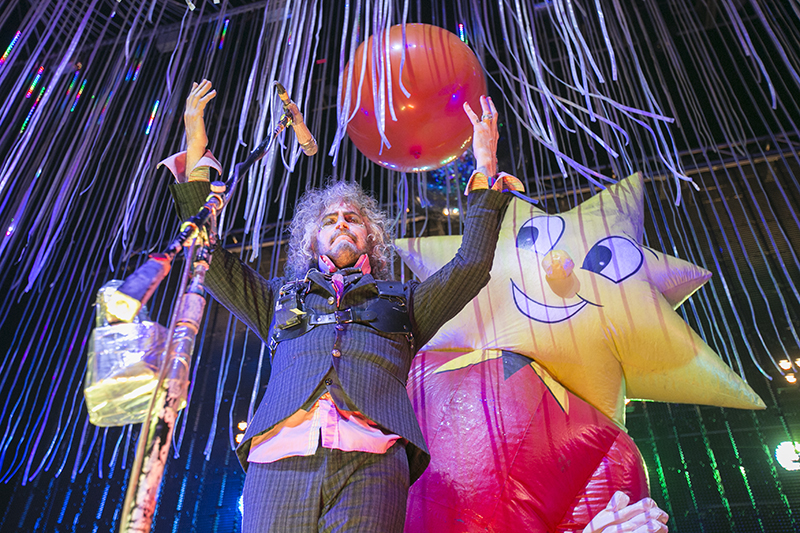 Kicking the evening off with “Race for the Prize,” it took all of about two minutes before the stage (and the front row) was covered in confetti and gigantic balloons, which continuously bounced back and forth between the band and the audience members. Most bands would save this for the encore, but the Flaming Lips were just getting started. 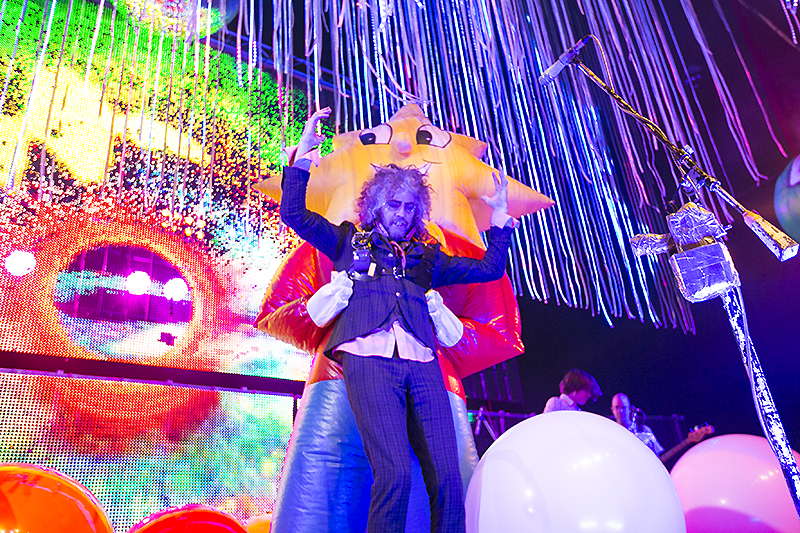 With a costumed fish, a frog, and a starman surrounding him, Wayne led the band through “Yoshimi Battles the Pink Robot, Part 1,” while a psychedelic explosions of colors were projected on the background behind him, as the balloons continued to float around the stage. 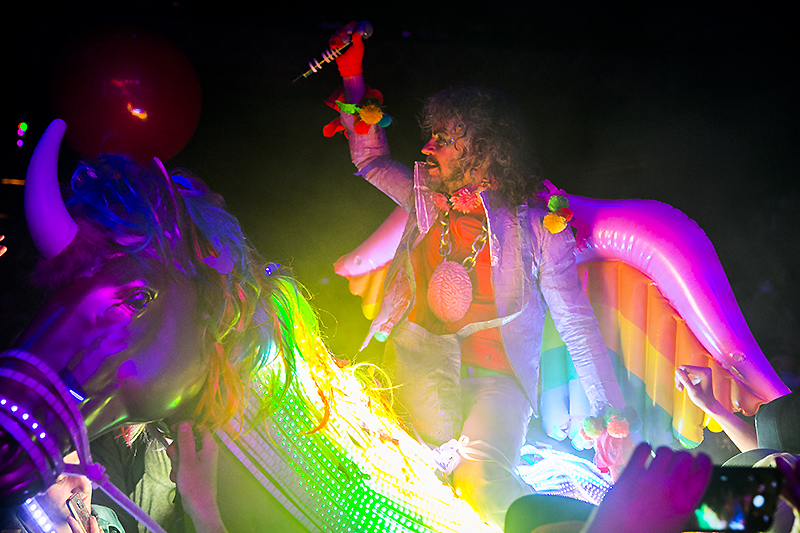 As the band started to play “There Should be Unicorns,” the lights dimmed and Coyne was nowhere to be found, at least not until he appeared in the crowd riding atop a  glowing unicorn, throwing even more confetti at the smiling faces that surrounded him. 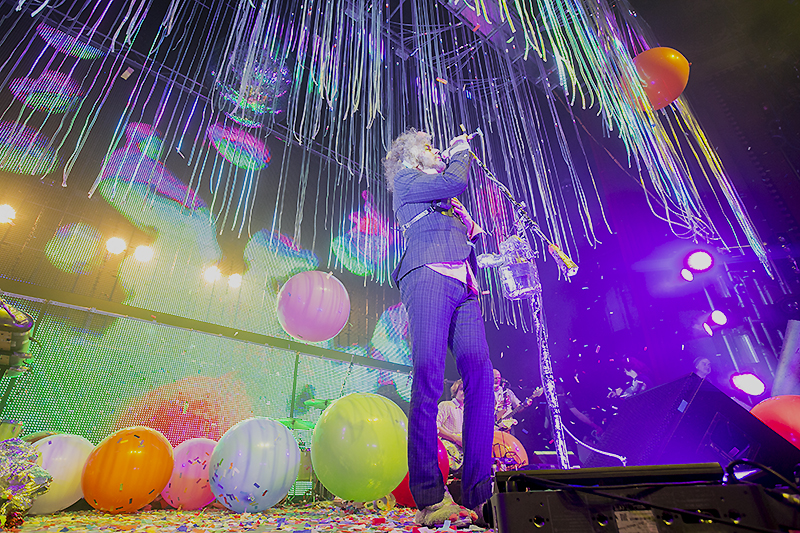 Although it’s always a daunting task determining the highlights of a Flaming Lip show, on this evening they included “The Observer,” “What is the Light,” and a spectacular cover of David Bowie’s “Space Oddity,” complete with Wayne singing the song while inside a giant inflatable ball. It was showmanship at it’s finest.

Support for the Flaming Lips on this tour is Klangstof, the Dutch band who had just played Coachella a couple of weeks earlier. Their energetic electronic yet ambient music was the perfect way to start off the evening. Klangstof is the work of Koen van de Wardt, who started as a solo project but now travels as a band.

See more photos of The Flaming Lips and Klangstof by Raymond Ahner in this slideshow:

Setlist: Race for the Prize | Yoshimi Battles the Pink Robots, Pt. 1 | There Should Be Unicorns | Pompeii Am Götterdämmerung | The Yeah Yeah Yeah Song (With All Your Power) | What Is the Light? | The Observer | How?? | Space Oddity (David Bowie cover) | Feeling Yourself Disintegrate | The Castle | Are You a Hypnotist?? | The W.A.N.D. | A Spoonful Weighs a Ton | | She Don’t Use Jelly | Waitin’ for a Superman | Do You Realize??

For more information about The Flaming Lips, check out their website.

Find out more about Klangstof here.

Check out the SF Sonic interview with Klangstof.