All photos by Robert Lyons.

The legendary Buzzcocks took over The Ritz in San Jose on Thursday, some 40 years after their debut album helped usher in the dawn of punk rock. It was their second Bay Area show in as many months – a treat for fans who typically only get to see them once every few years. 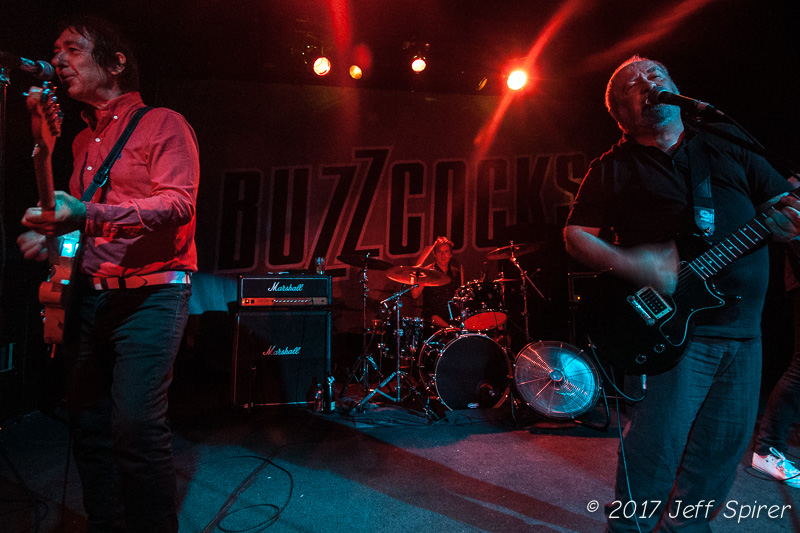 The band gave a stellar performance, obviously pleased to play the nearly sold-out show, and carrying the same youthful energy they have since 1977. The two original members, Pete Shelley and Steve Diggle, shared singing and guitar duties, opening with their first-ever single, “Boredom,” and ripping through favorites like “Orgasm Addict” and “I Don’t Mind.” Diggle, the consummate performer, amused and riled the crowd with his infectious smile and energetic jumps, and displayed such superb showmanship that when you learn that he has said, “I still feel as enthusiastic as ever. I know you’re supposed to get older and a bit more conservative about things, but I still feel like I want to throw a brick through a window” – you believe him. 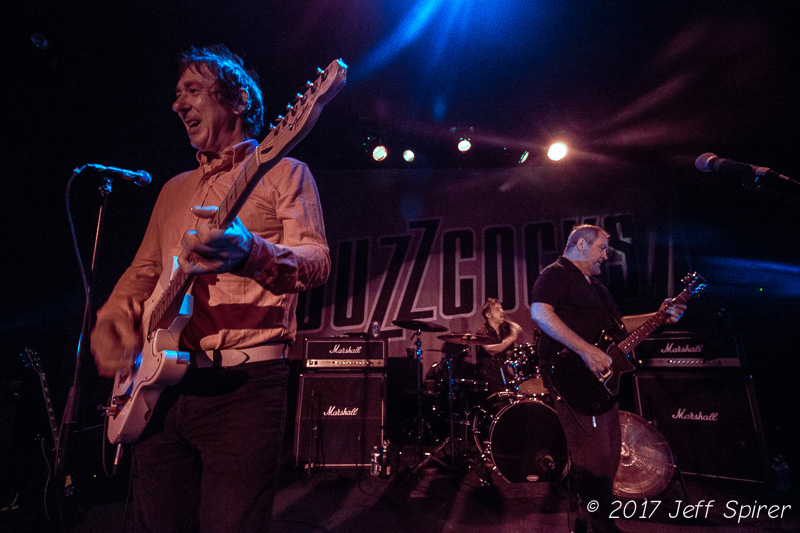 The pit at the Ritz was in full effect, and the crowd sang along gleefully to most every song. Several in the audience had flown or driven in from far-flung parts of the West Coast just for this show, and it’s easy to see why. The Buzzcocks are no ordinary punk band, and the term “legendary” is not applied to them lightly. Not only are they one of the most influential bands in punk; not only were they the first British “indie” band, self-releasing their music on their own label at a time when that concept was unheard of; they were also a part of what is widely considered one of the most influential gigs in rock history. 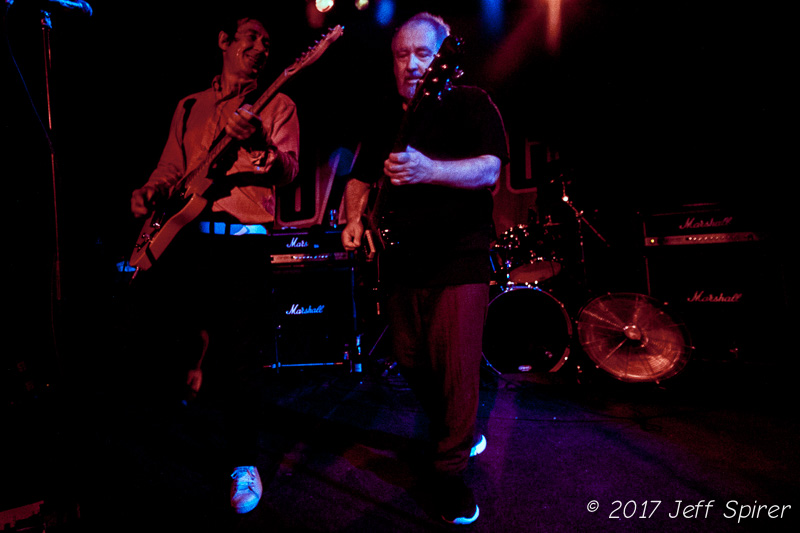 In 1976, Shelley, along with founding former Buzzcock Howard Devoto, were in the audience for an early Sex Pistols show in London. The soon-to-be Buzzcocks front man offered to organize a gig for the Pistols in Manchester, which a nascent version of the Buzzcocks would open for. Even though only about 50 people showed up, Morrissey, who later co-founded The Smiths, was among them, and so was Peter Hook, who went on to form Joy Division the very next day. Future members of The Fall were also in attendance, and that gig not only inspired the bands that put the Manchester music scene on the map, it changed rock forever. 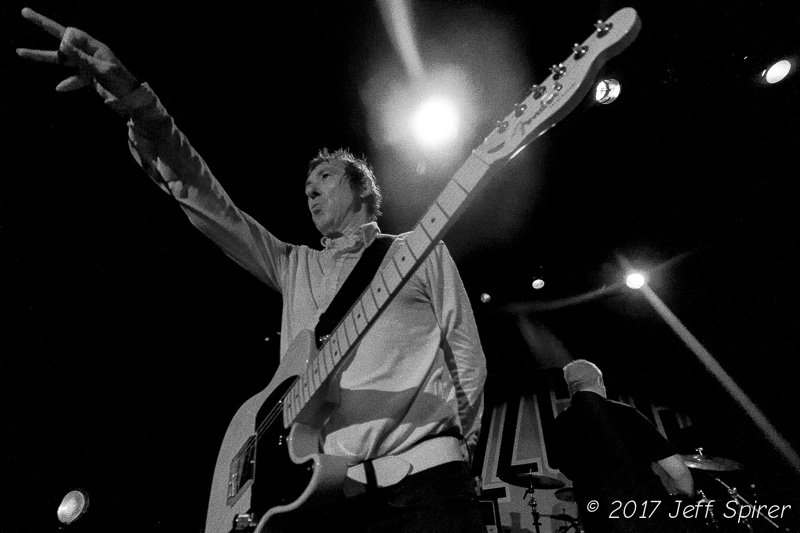 That show was also where Shelley and Devoto would have a fortuitous meeting with Steve Diggle and solidify the earliest Buzzcocks line-up. Almost instantly the band became part of the holy punk rock trinity of the Buzzcocks, the Sex Pistols, and the Clash. But their brand of punk was different from the others in ways that forever set them apart. The Buzzcocks’ lyrics were personal, only rarely political, and mostly revolved around love – unrequited, unrepentant, and unattainable. It’s not just punk rock, it’s punk rock romantica, built around melodies more reminiscent of the Beatles than the Pistols, and more in accordance with melancholy than anarchy. 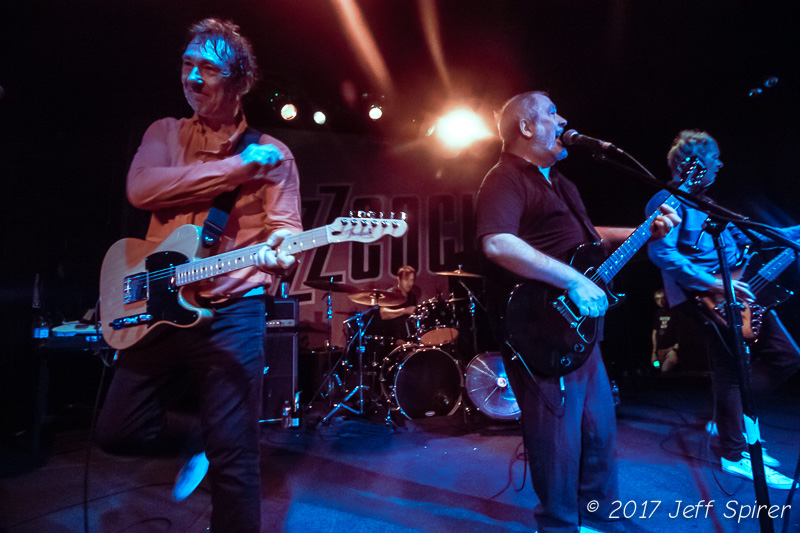 While the blue-collar Pistols famously stated, “We’re not into music. We’re into chaos,” Diggle has described the Buzzcocks as “punks with library cards,” and Shelley was studying philosophy and comparative European literature when the Buzzcocks formed. The Sex Pistols sang about having “no future,” while the Buzzcocks sang, “I’m in distress, I need a caress.” Their best known single opens with, “You disturb my natural emotions. You make feel like dirt, and I’m hurt.” Another begins, “You say you don’t love me. Well, that’s alright with me ’cause I’m in love with you, and I wouldn’t want you doin’ things you don’t want to do.” Adding to his legendary status, Shelley was openly bisexual early in his career, at a time when any form of sexuality that deviated from the heteronormative was culturally repressed. 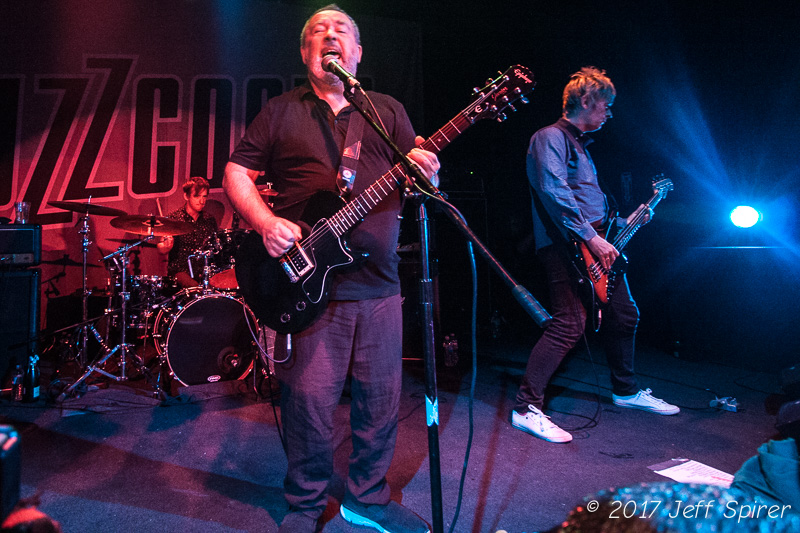 The band played one encore that started with Diggle’s signature “Harmony in My Head” and finished with “Ever Fallen In Love (With Someone You Shouldn’t’ve),” to raucous applause. Rumor has it that the Buzzcocks will be playing fewer club gigs in favor of more festival shows going forward, which makes packed, intimate performances like this one all the more exceptional. 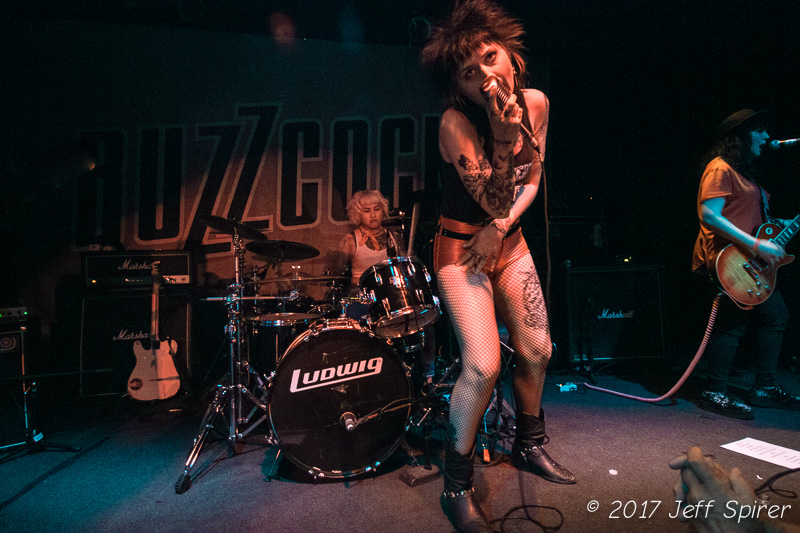 Mystery Actions, an all-girl band from Chicago, went on just before the Buzzcocks. Featuring vintage ’70s riffs and a style evocative of the Runaways, the band captivated the crowd with a spellbinding performance and glam-punk aesthetic. The singer, Nikki Beller, whose face is artfully framed by neck and chest tattoos, gave a fittingly spastic performance that included frequent eye rolls to the back of her head as if in the throes of ecstatic death. She effortlessly commanded attention and respect with jerky movements reminiscent of Joy Division’s Ian Curtis.

Mystery Actions opened hard and finished harder, plowing through 11 songs and closing with crowd-pleaser “No Luck” (“We just wanna fight, you just wanna fuck: ain’t no luck!”), and garnering the kinds of shouts usually reserved for the headliner. It was the band’s first California show, and judging by audience reaction, they would be welcome back anytime.

Setlist: Boredom | Fast Cars | Love Battery | Orgasm Addict | Whatever Happened To? | Autonomy | Get on Our Own | Girl From the Chain Store | Soul Survivor | Why Can’t I Touch It? | I Don’t Mind | Mad Mad Judy | Sick City | Nothing Left | Noise Annoys | You Say You Don’t Love Me |

Love You More | Promises| What Do I Get? || encore || Harmony in My Head | Ever Fallen in Love (With Someone You Shouldn’t’ve)?

Find out more about the Buzzcocks on their website.     http://www.buzzcocks.com/site/index.html

Setlist: Never Needed You | Count Me Out | Drive | Screaming Sneakers | Train | Victim | Fire in My Eyes | Line in the Sand | Jet Boy | Live Your Life | No Luck

Check out Mystery Actions on their Facebook page.   https://www.facebook.com/MysteryActions/