Perhaps the most important thing about being a rock star is knowing your audience. And if that’s the case, then The 1975 have rock stardom covered. Their crowd, which leans toward teenage girls who have a clashing clean cut/alternative look, were enthralled with the band when they played the Oakland Fox. But being a rock star isn’t the same as being a great rock band. During one of their new songs, “Sounds,” due to be released on their upcoming album, the lead singer Matthew Healy told the crowd to jump “for the best guitar solo ever;” a claim he must have known was extreme hyperbole as the guitarist played off a basic scale. But the crowd didn’t seem to care or notice, jumping as requested. 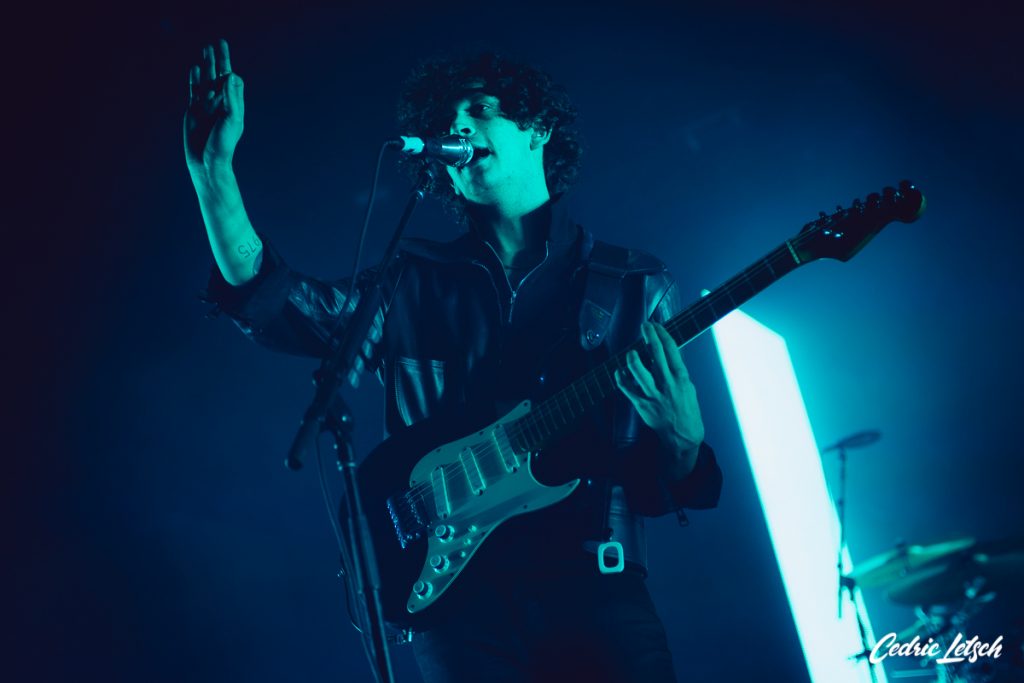 During “Robbers,” a slow synth song, the audience sang along, hands in the air, faces aglow with the ever changing lights that created a band in silhouette, which at this point is what The 1975 is, a glimmer of what they will be in a few years. Their songs have enough hooks and melodies to create a large fan base, enough to easily pack the Fox. However, The 1975 are likely to become one of those bands that their audience remembers fondly when they reach their 20s but doesn’t listen to anymore. Their appeal is solidly rooted in the current demographic that comes out to see them. 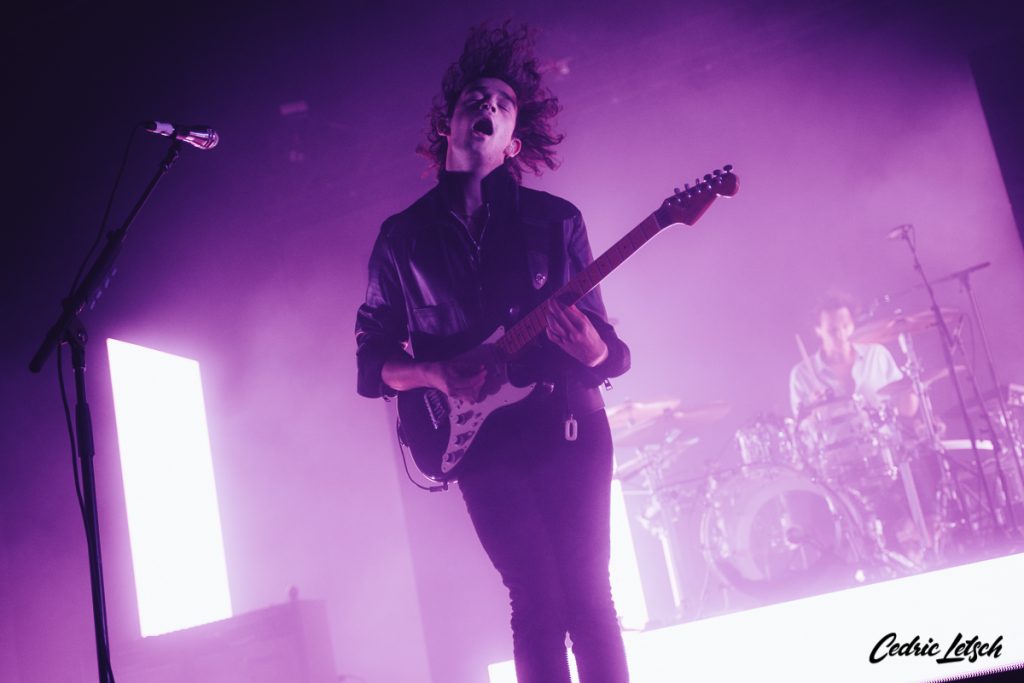 The 1975 have claimed influences from bands that changed the sound of popular rock, ones that pushed beyond the comfort zone classic structures but remained catchy enough for radio and YouTube hits: The Clash and The Arctic Monkeys, for example. But beyond black skinny jeans, various degrees of shaved heads, and leather jackets, there is little punk and post-punk in The 1975. During their encore the band gained the addition of a saxophone to accompany crashing cymbals and the smooth harmonies, solidifying their 80s pop rock vibe, whether they want to or not. 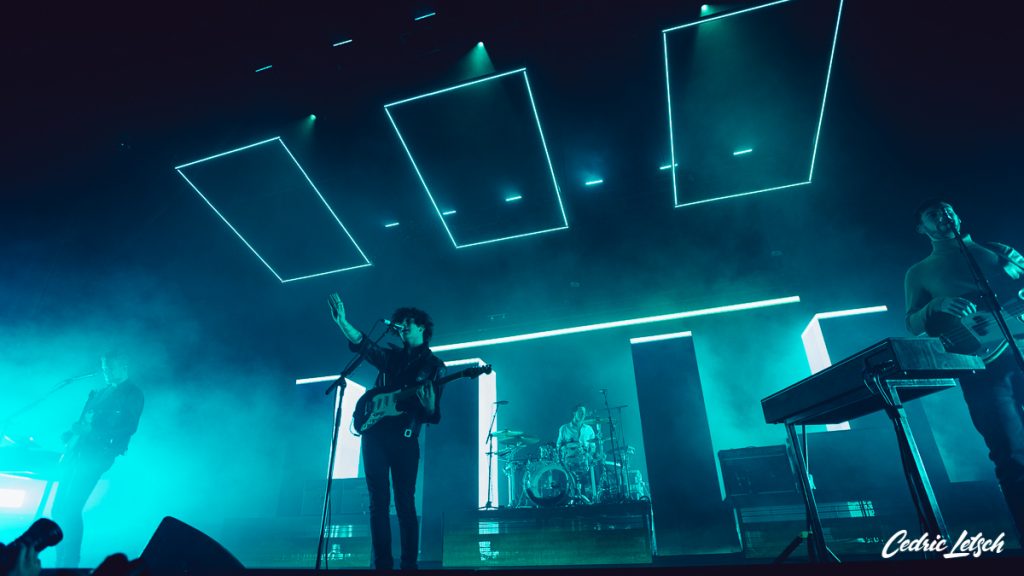 The 1975 don’t play songs that miss their aim, but that’s exactly what they need to push to grow. There are no chances being taken with this band. You can’t help feel as though they have more in common with Aha than the alternative bands they might wish to be in company, yet they are lacking a “Take Me On” that kills with its expulsive vocal climax. They have some growing to do. It’s not that it will be difficult but they need to take on the challenge. 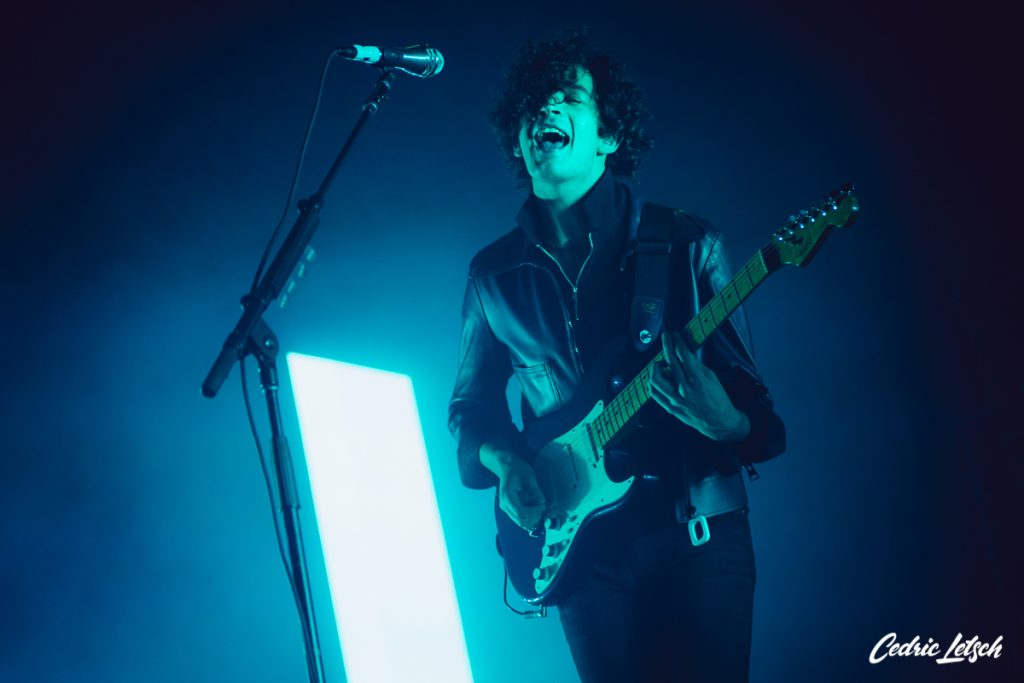 The 1975 know their audience. They are clearly rock stars at the moment. But it remains to be seen how long that will last.