Multi-instrumentalist Tal Wilkenfeld came to the Great American Music Hall on a Saturday night, rolling through a dazzling setlist comprised mainly of new material from her upcoming solo album, along with a couple of fiery and inspired covers. Wilkenfeld is known primarily for her jazz-influenced bass playing, having developed her signature style through years and years of playing with legends such as Jeff Beck, Jackson Browne, and Herbie Hancock. However on this night she showed an altogether different side of her musical personality, taking on the role as bandleader, singer, bassist, and guitarist. 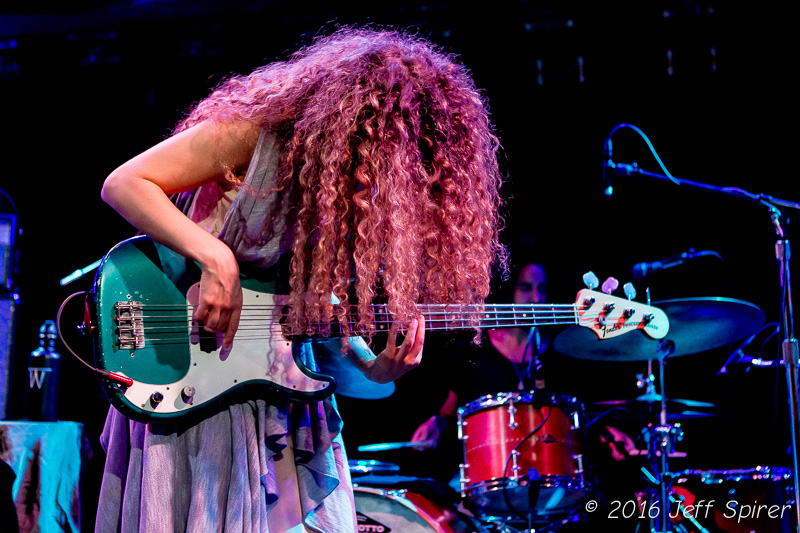 She opened up the show with the spacy and jazzy song “Killing Me, “which featured some incredibly busy and syncopated drumming from Tamir Barzilay as the song shifted between dreamy and serene jamming into hard hitting rock. It became apparent from this early point in the show that this was to be a showcase for Wilkenfeld’s compositional skills, not merely a demonstration of her impeccable technical chops; while there were plenty of incredible bass runs throughout the song, they all served to enhance and hold up the entire piece as a whole. 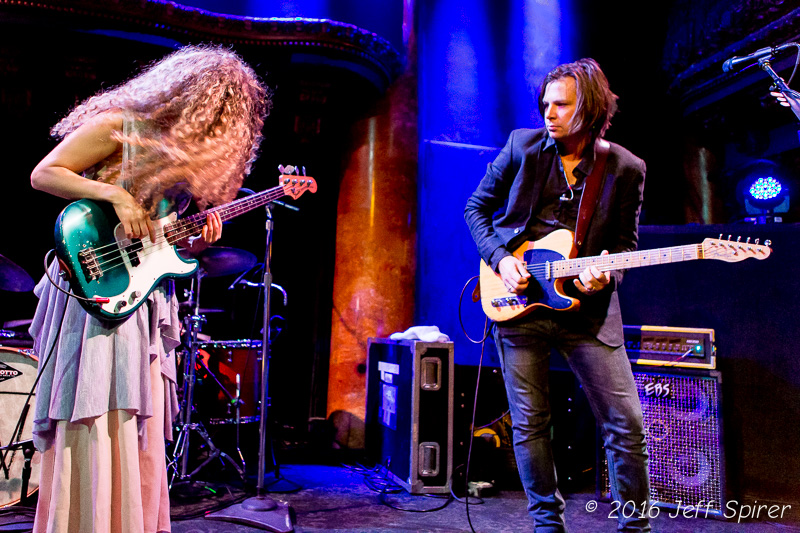 Following this was the powerful “Under the Sun,” which began with a gentle guitar arpeggio from Owen Barry, setting the stage for Wilkenfeld to deliver a weighty and evocative vocal line as the track picked up momentum. The piece twisted through a series of interesting sections, each layering upon the previous one until Barry delivered a stunning slide guitar solo, managing to capture the emotion and intensity of Wilkenfeld’s vocals before turning back into another strong verse, with a lyrical bass solo to close out the song in grand fashion. 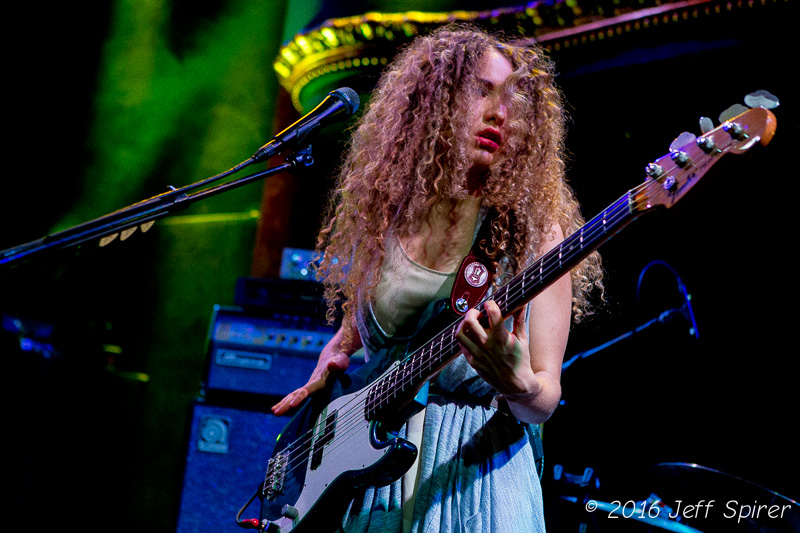 “Fistful of Glass” was next up, and it surged with an almost punk-like tempo and intensity, yet still packed a lot of musical brilliance into its short running time. Barry’s guitar tore through the song, providing a perfect counterpoint to Wilkenfeld’s busy basslines. 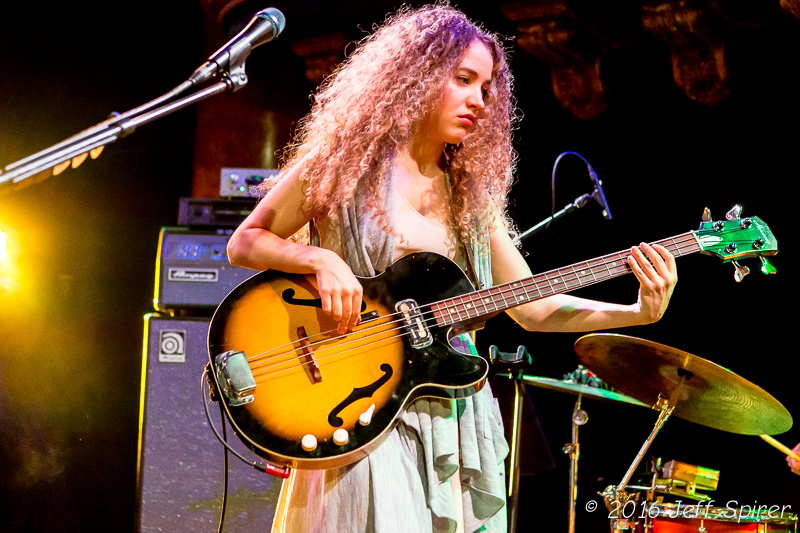 One of the biggest highlights of the evening came next in the form of the beautiful ballad, “Haunted Love.” The song begins with a delicately plucked bassline which set up one of the most powerful and moving vocal performances of the night, with the rest of the band giving subtle flourishes throughout. While one may not think of the bass as the type of instrument that can carry the musical and emotional center of a song, Wilkenfeld showed emphatically that it certainly has the sonic capability to do so. 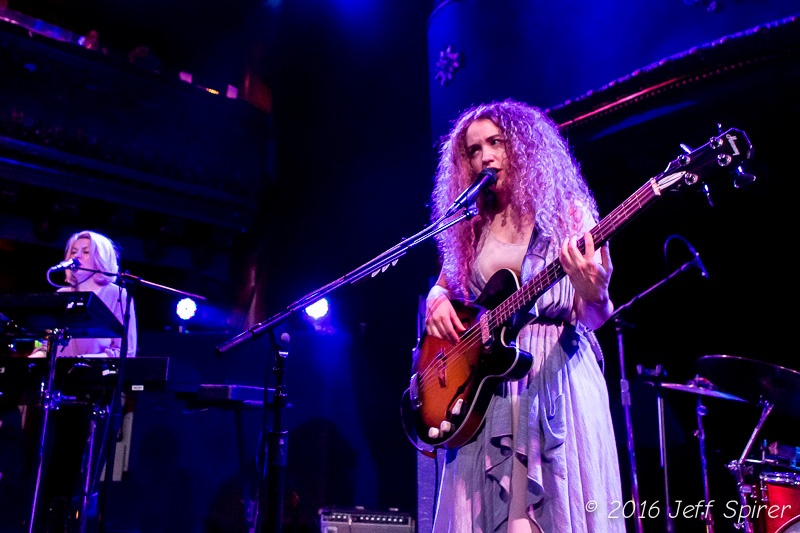 After that the band breezed through a couple of inspired cover songs that took on a new dimension from the originals, with the David Bowie classic “Rock n Roll Suicide” standing out the most. By adding additional blues/western influences, the group added an altogether different sonic sensibility than the original version, making for an interesting listening experience. 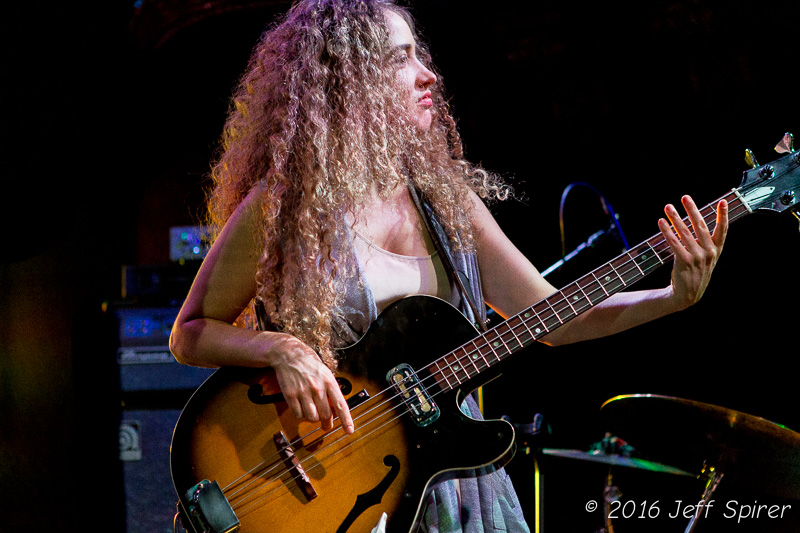 Next up was the recently released single, “Corner Painter,” which begins with some heavily folk-influenced acoustic guitar strumming from Wilkenfeld, with Barry locking into a solid groove with Barzilay as he dished out some crunchy guitar parts that played off of the vocal line. The song does an excellent job of balancing quiet and loud dynamics: dialing things back in the chorus only to pick up steam in the verses. 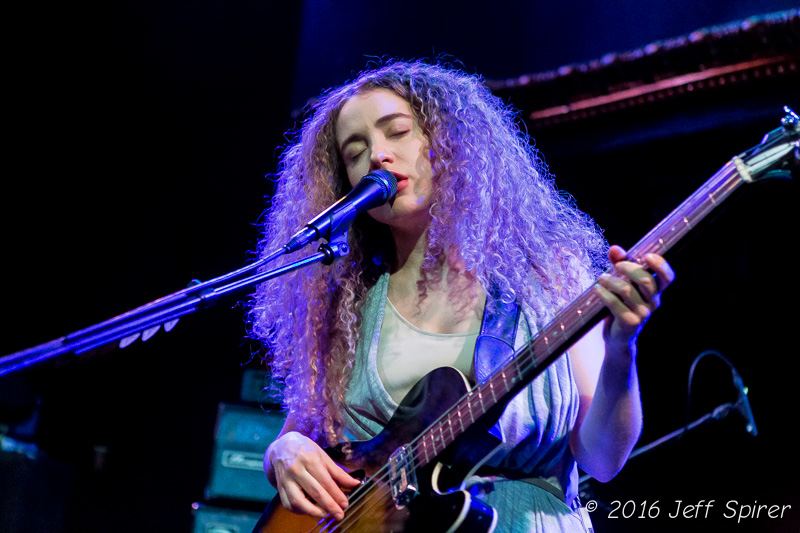 A few songs later the group left the stage only to return a brief time later to play a solid 3 song encore which featured the most impressive cover song of the night: an inspiring take on the Elliott Smith song “Bled White.” The band took the song in a more post-rock, post punk-direction, allowing for plenty of shimmering guitar and piano to take the lead. 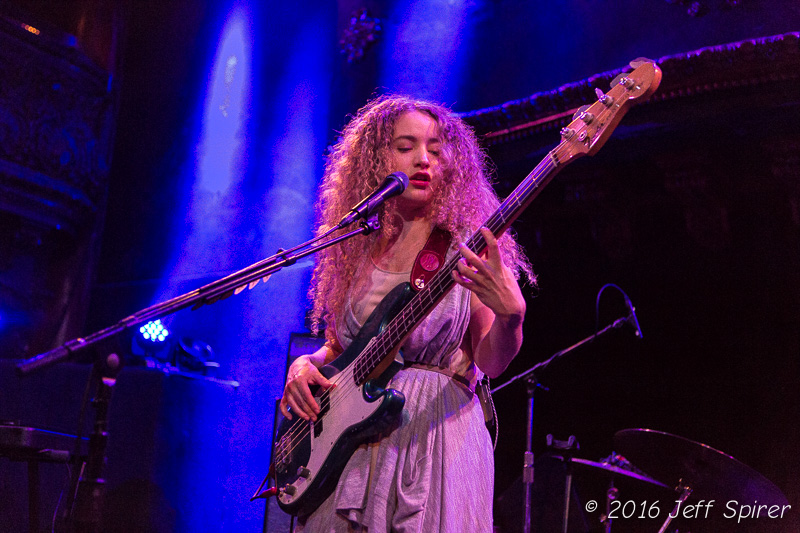 Finally the band closed out the night with the psychedelic rocker “Hard to be Alone,” which featured a great deal of booming drums, slippery guitar, and bass acrobatics. Over the course of about 5 minutes the song twisted through heavy, in-your-face passages, with serene and breezy passages, leading into a furious guitar solo from Barry before fading out one last time. 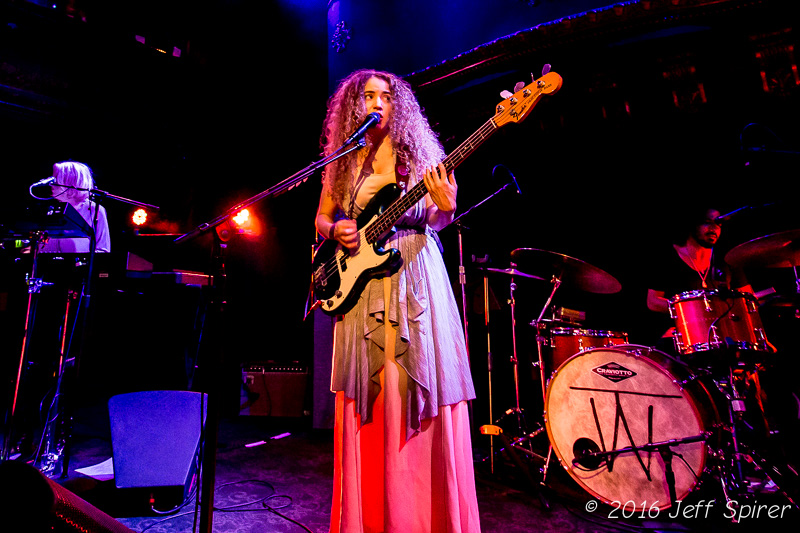 What was most profound about the whole show was Wilkenfeld’s focus on the songs, letting the compositions speak for themselves and demonstrating her incredible talents at songwriting. While there were plenty of technically impressive bass parts, the songs were not vehicles for her or the rest of the band to show off. By focusing on the power of a tightly composed song, Wilkenfeld demonstrated to all those in attendance that she is more than just a virtuosic bass player, but a songwriter of serious merit. 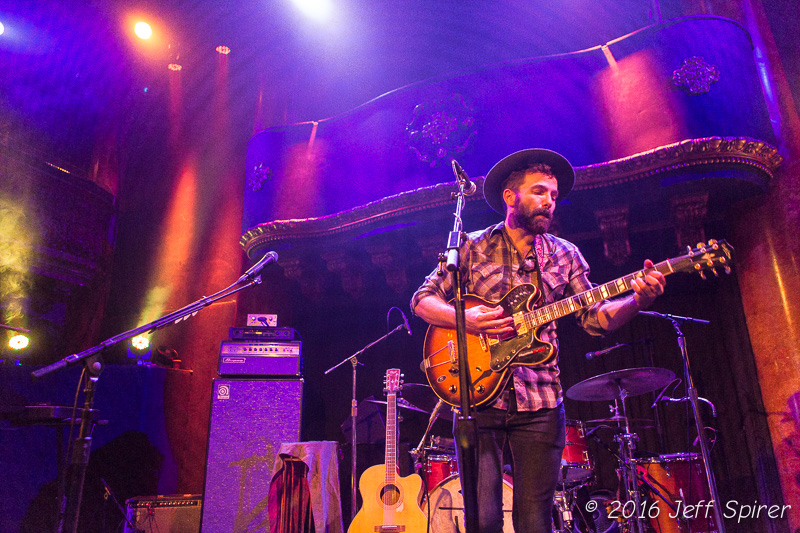 Steve Taylor and His Guitorgan

Opener Steve Taylor served up a tasty solo set of songs with an appealing crystalline voice, sometimes ranging into falsetto. For most of his set, he accompanied himself on an acoustic guitar and appearing to be quite traditional in his music-making. However…about 2/3 of the way through his set, Taylor picked up his Guitorgan, a fascinating instrument with multiple pickups that puts out both organ and traditional guitar sounds. The sound is certainly unique and captivating, and the audience was rapt throughout.

Setlist: Killing me | Under the Sun | Fistful of Glass | Love Remains | Haunted Love | Counterfeit | I Know There’s an Answer (Beach Boys Cover) | Rock n Roll Suicide (David Bowie Cover)          | Pieces of Me | Happiness is a Warm Gun (The Beatles Cover) | Corner Painter | How Soon is Now (The Smiths Cover) || Encore || One Thing after Another | Bled White (Elliott Smith Cover) | Hard to be Alone

For more information about Tal Wilkenfeld, check out her website.

Find out more about Steve Taylor on his website.