All photos by Raymond Ahner. Photos were taken at the Fillmore show the previous night to the show reviewed.

After nearly four decades, Social Distortion is proving itself to be a force to be reckoned with if their recent show at The UC Theatre Taube Music Hall in Berkeley is any proof. Formed in 1978 in Fullerton, California the punk band seems to be defying the odds by not only riding the waves of the constantly changing music industry but also by consistently sticking with their vision of roots based rock with an outlaw sensibility. In 1983 they released their debut album Mommy’s Little Monster which gained them notoriety in the punk rock circles. The band then took a hiatus for a few years while singer and frontman Mike Ness overcame a drug addiction and troubles with the law. 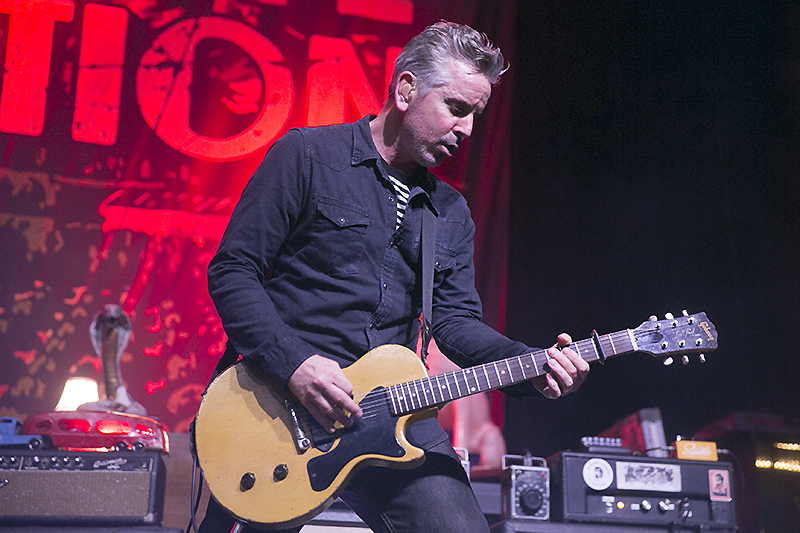 Their second album Prison Bound was released in 1986 and had a more country “cow-punk” flair. In 1990 they released a self-titled album, which was a huge commercial success and contained the hit singles, “Ball and Chain,” “Story of My Life,” and a cover of the Johnny Cash song “Ring of Fire.” The band has released several more albums since then and had numerous lineup changes but the one constant since the beginning is Mike Ness who seems to live and breathe rock n roll. 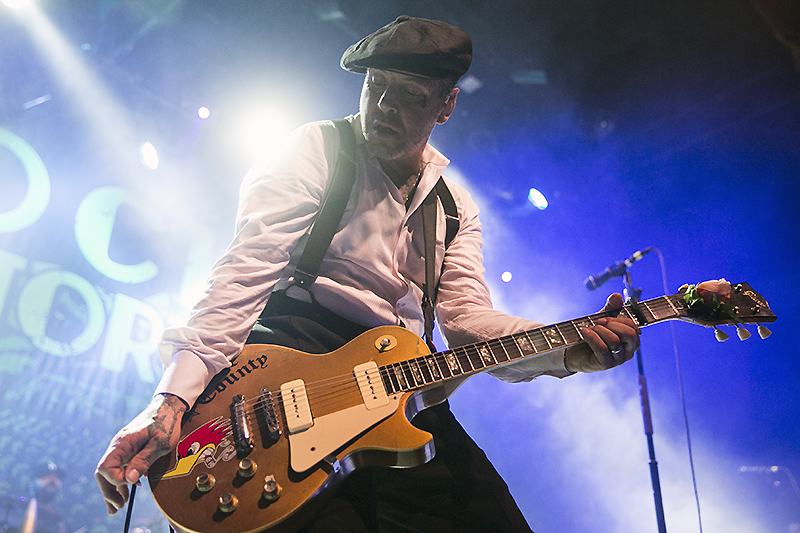 The band consistently tours and played two nights at San Francisco’s Fillmore auditorium before playing the sold out show at the UC Theatre on St Patrick’s Day weekend. The loyal fans of the band were queued down the block an hour before show time hoping to gain the best spots, which are usually on the floor at a Social D show. Gentlemen wearing newsboy caps, Ben Davis pants, and wallet chains were surrounded by ladies with Betty Page bangs, winged eyeliner, and full sleeve tattoos. The band hit the stage with a taped version of Screamin’ Jay Hawkins’ “I Put A Spell On You” before hitting the first notes of grinding guitars in their fast paced hit “Bye Bye Baby.” 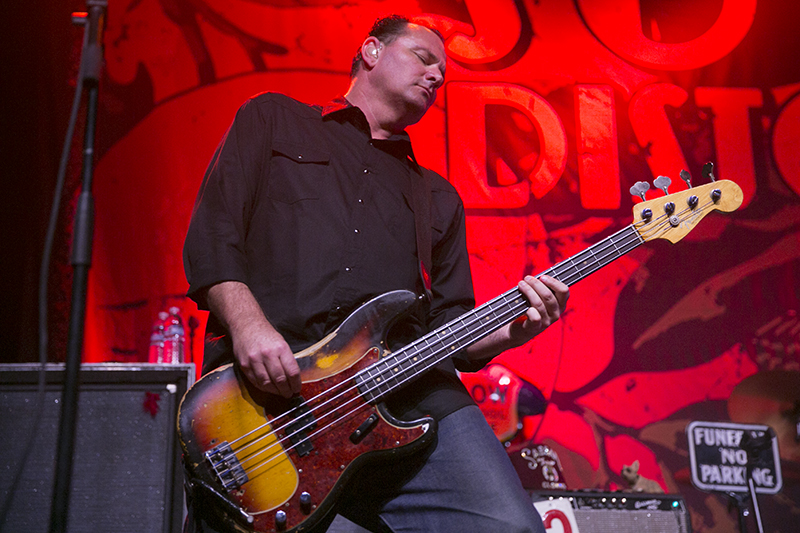 They played a couple short melodic tunes “Bad Bad Luck” and “Don’t Drag Me Down” before Ness went into a dialogue about how he was enjoying the Bay Area and how San Francisco, Oakland, and Berkeley were some of the only places that Social D could play in the early days. He dedicated the next song “California (Hustle and Flow)” to Chuck Berry saying “There would be no Rolling Stones without Chuck Berry.” He brought out some female backup singers for the tune, which had a bluesy Stones vibe to it and he played one of his first signature guitar solos of the evening. Ness has probably one of the more distinctive guitar tones around which seems to combine blues, country and punk all in one with its crunchy high end and heavy bottom end that goes along with his voice really well which has a bit of a midrange gravelly sound.

The band went in to their hit “Ball and Chain” which the crowd loved and the pit, which had grown to about a hundred feet deep from the stage at this point, became increasingly active. They went into an instrumental jam which showcased the rhythm section of David Hidalgo, Jr on drums and Brent Harding on bass who were both solid and in the pocket the entire evening. Ness dedicated a second song to Chuck Berry, “When I Lay My Burden Down,” a blues tune that featured some slide guitar playing and had the backup singers return to the stage before ending the set with rousing version of “When She Begins.” 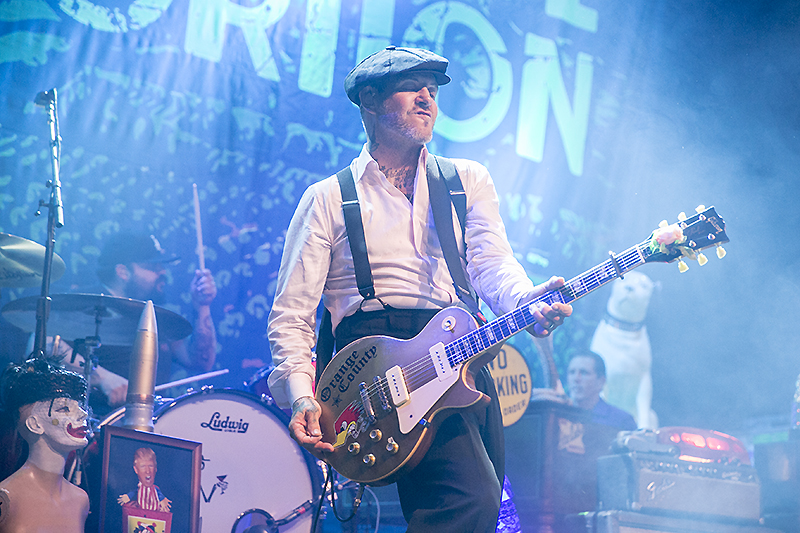 The band returned for an encore, playing “Gotta Know the Rules,” “Sometimes I Do,” and an exciting version of “Ring of Fire” which had the pit revelers giving it their all with their last chance of the evening to release that frenetic energy. Social Distortion always puts on a great solid show and we’re looking forward to them bringing their unique brand of kick ass punk rock to the Bay Area again soon.

Opener Jade Jackson put on a great performance setting the stage for Social Distortion. She has a really nice voice and was playing some poetic tunes on guitar that sounded like old style country music. The crowd really enjoyed her songs “Making Love For the First Time” and “Motorcycle.” Mike Ness joined her on stage during her set to make an announcement that her debut album that he is producing, “Gilded,” will be available May 19, 2017. Ness also co-wrote the song “Much Too Late” that Jackson performed that evening, a tune that the crowd really went wild for. We’re anticipating the release of this album as it looks to be a good one.

Find out more about Social Distortion on their website.