Cannabis culture mentor and OG rapper Snoop Dogg strolled through the Fox Theater, along with his Puff Puff Pass posse, in Oak-Town a few weeks ago. Billed as the second part of the icon’s initial 2004 Puff Puff Pass Tour, this ten-date U.S. bill brought the audience back to the days of bling, raw vocal stylin’ and dynamic beats. The intended bill on this night in Oakland, was tha Dogg Pound, DJ Qwik, Warren G, Bone Thugs-n-Harmony, and Snoop Dogg, but the first two acts dropped off at the last minute, and were replaced with local hip hop favorites The Luniz and Dru Down. 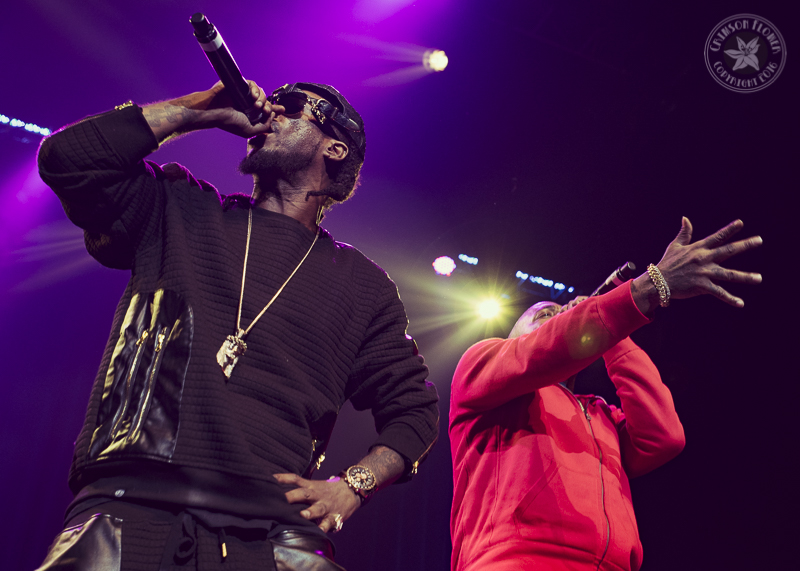 The Luniz brought their Oakland style to the stage with their 1995 hit “I Got 5 On It,” and squeezed in some poignant sexual responsibility messaging via a dancing Luniz condom to start the night off. Not to be outdone by their vocal counterpart Dru Down, who followed up with the next set of the night. 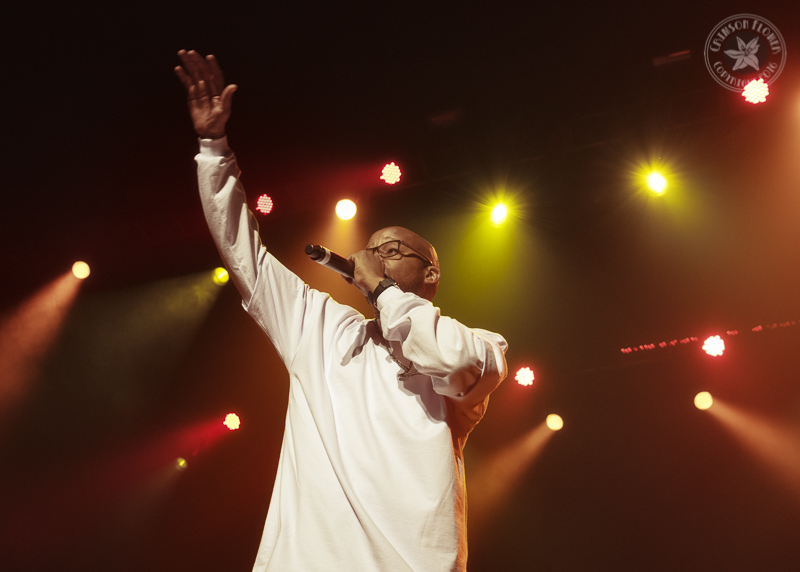 213 veteran Warren G took the stage with his cool, suave demeanor, singing his harmonies to an anxious crowd of swooning ex-teens. His set rolled out like a recap of 90’s hits, featuring the song “Regulators,” which was originally released with his good friend Nate Dogg (who passed in 2011), This D.J., and “Party We Will Throw Now!” 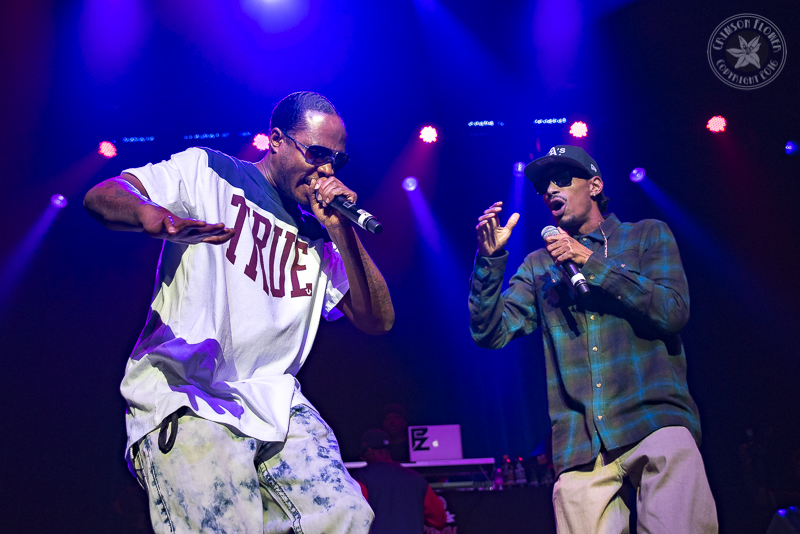 Direct support for ‘big Snoop was the larger than life, Bone Thugs-n-Harmony. The whole theater jumped and sang along to each Bone Thug hit, from “Mo’Murda” to “The Crossroads,” along with a few other tributes issued to the fallen heroes of yesteryear. The ‘Thugs rhymed their dedication to old school hip hop, with their versions of 2Pac’s “Thug Love,” and Eazy E’s “Fo Tha Love of $,” as their fans grooved to the consistently smooth, rolling vocal stylings of this OG crew from Cleveland, Ohio. 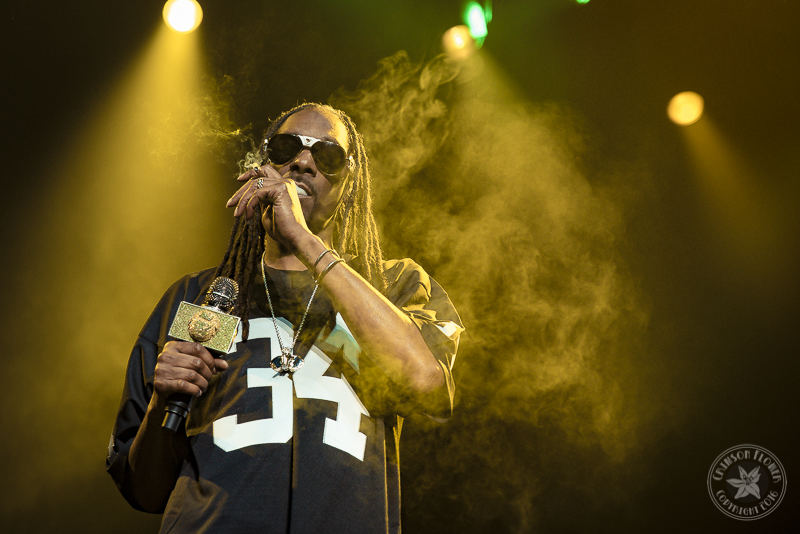 At this point, the whole theater was thick with blunt smoke, photographers down in front were feeling a little light headed, and it was time for the ‘big Dogg to officially grace the stage. Fans sprung to life urgently as a clean cut, Oakland Raider clad, dread-locked legend swayed his way upstage, the lighting took on a different hue of stony excellence, the hits continued to flow, and the blunts got progressively larger. 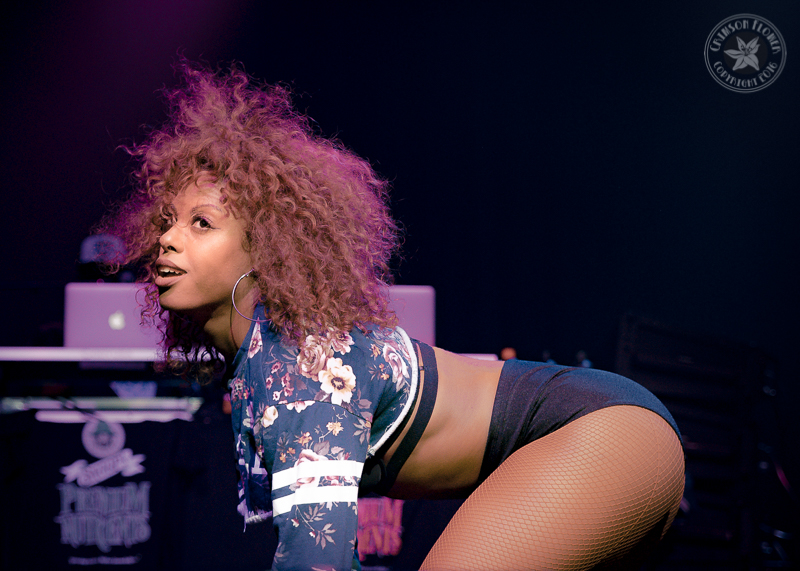 Snoop Dogg’s set spanned his discography of 25 years, including a couple of Dr. Dre originals – “Nuthin’ But A G-Thang” and its sequel, “The Next Episode.” Listening to any of his 14 solo albums, it’s not as easy to appreciate Snoop’s rough cut choir-ing skills. This ex-gangsta croons his hip-hop live with a certain harmonic flair, and it was made apparent that his audience heard each song at a deeper level as a result. It was party time with their ‘dogg Snoop, and suddenly everyone was very hungry! Too bad he didn’t bring along his pal Martha Stewart to feed them all.

For more information about Snoop Dogg, check out his website.

Find out more about Bone Thugs-N-Harmony on their Facebook page.

Everything you want to know about Warren G can be found here.

Here’s a slideshow of photos by Pollen Heath of Snoop and Bone Thugs-n-Harmony: