The only thing better than the temperatures at the 2nd Annual Dry Diggings Festival were the omnipresent good vibes shared between festivalgoers and the musicians. The event, held at the El Dorado County Fairgrounds in Placerville, drew a large, peaceful contingent of roots-reggae lovers who were treated to absolutely gorgeous California weather and a stellar lineup of top bands from the fast-growing genre. 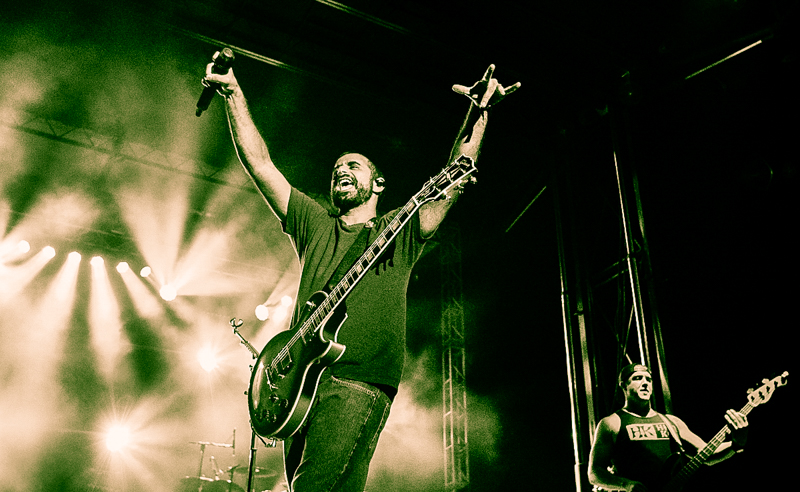 By the time Saturday night’s headliner, Rebelution, hit the stage, those in attendance had enjoyed a full day of excellent music in a comfortable, low-key environment. And for those who timed it right, there had been free beer tastings courtesy of three of Northern California’s best breweries-Altamont, Lagunitas and Sierra Nevada. The set-up for a perfect day was in full effect. 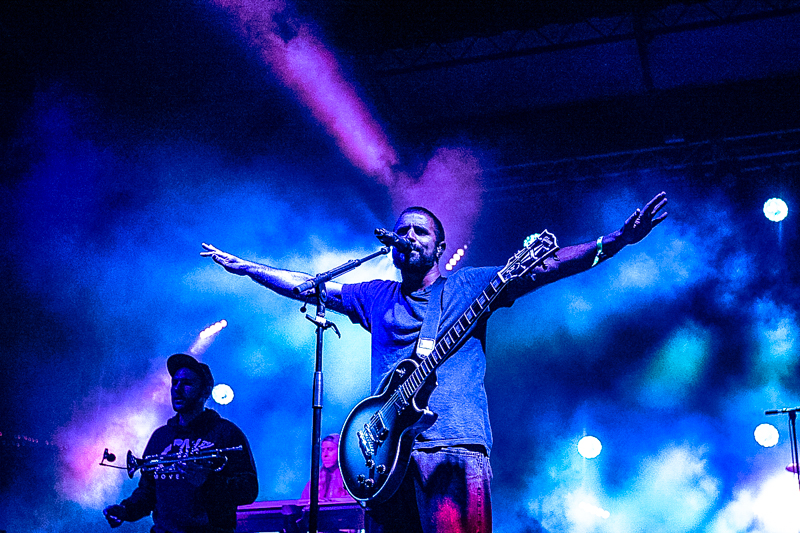 Rebelution, who hail from Santa Barbara, have been steadily ascending the pantheon of the new era of roots-reggae. A couple of the members of the seven-piece band could be seen wandering the fairgrounds earlier, stopping for a while to watch the majority of an energetic hip hop set by Bay Area greats Zion I, Grouch, and Eligh.

Perhaps that explained why Rebelution’s set began a little late, even though everything else was running on schedule all day long. Were they taken in by the same mellow vibe that seemed to enveloped the entire venue? Was it a prolonged contact high from Fortunate Youth’s smoke-heavy set? No one may ever know the exact answer, but once the band finally hit the stage, they played a fierce, fast-paced set that went later than expected. 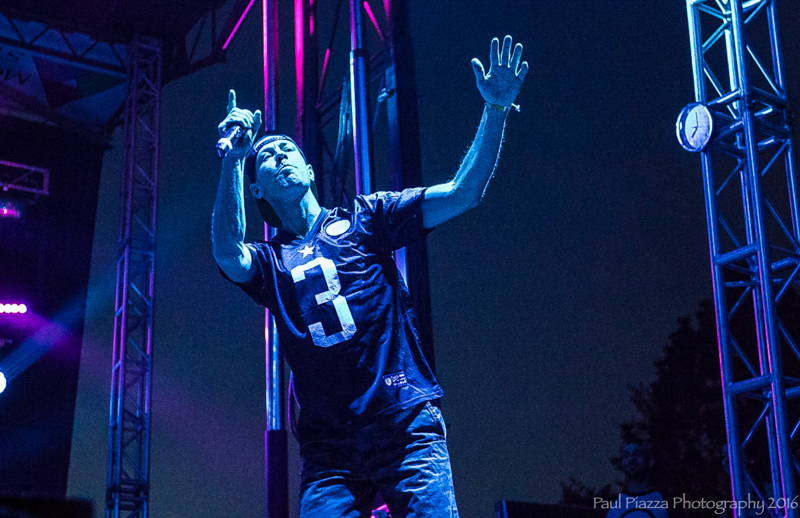 Led by vocalist/guitarist Eric Rachmany, Rebelution have ascended to become a top tier headliner in the roots-reggae universe. Rachmany has received accolades for developing into an excellent melodic songwriter, but he thrives as a performer. He roams the stage and exhorts the crowd, punching the air with his fist or busting out passionate guitar licks. His compositions are brought to life by a solid core of excellent musicians. Bassist Marley Williams stalks the stage with steady groovin’ authority while the horn section of Khris Royal and Zach Meyerowitz provide a stellar punch. Keyboardist Rory Carey and drummer Wesley Finley round out the talented group.

Rebelution played some tunes from their great new album Falling Into Place but the set relied heavily on cuts from their biggest album to date, Count Me In. That was evident when songs like that title track,”De-Stress” and “Roots Reggae Music” turned into writhing, dancing singalongs. 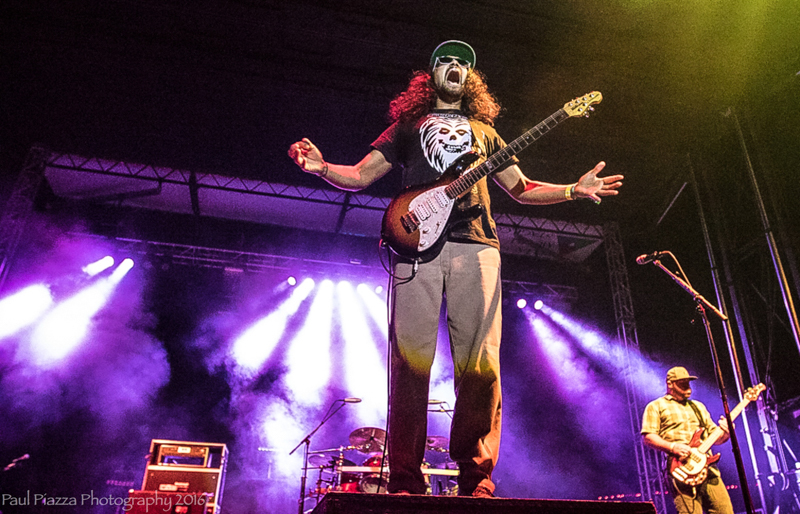 Raul Bianchi of The Expendables

Prior to the headliner, The Expendables, a surf rock reggae band from Santa Cruz, played a high-energy set with a rock bent. They are led by a pair of guitarists, Raul Bianchi and Geoff Weers, whose soloing ability wouldn’t be out of place in a progressive metal band. Meanwhile drummer Adam Patterson plays the host of the show, cracking wise and introducing and singing on many of the songs from behind the drum kit in between locking grooves with bassist Ryan DeMars. 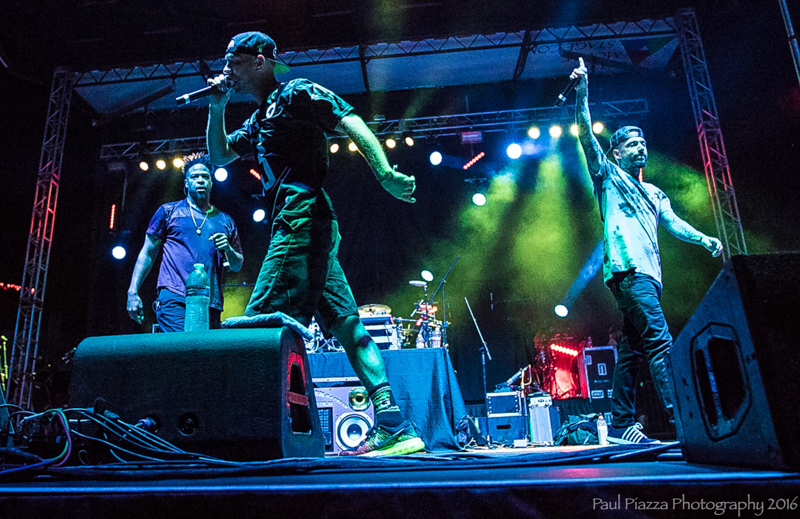 Zion I, The Grouch, Eligh

Before that, the trio of Grouch, Eligh, and Zion I wowed the crowd with their linguistic acrobatics. They took their brand of underground hip-hop to the highest levels, trading verses and moves all over the big stage. D.J. Fresh set the pace as dropped beats all over the place during this fantastic set. 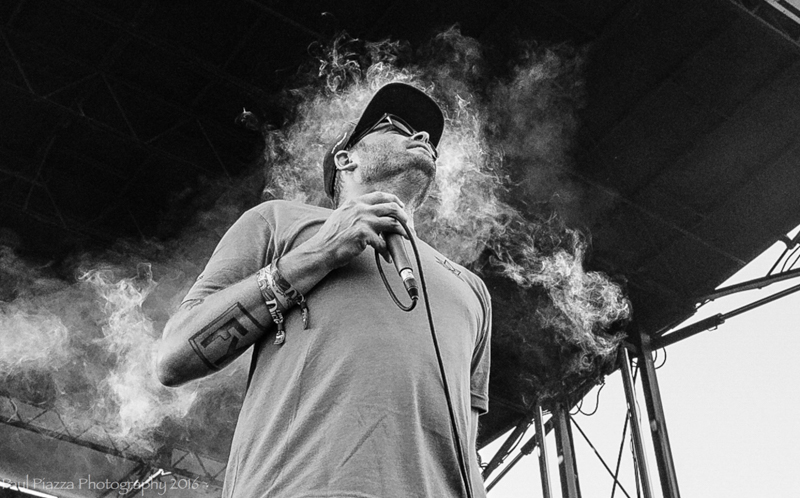 Earlier, Fortunate Youth had amazed the crowd with their ability to smoke and play with impressive lung capacity and dexterity. They seemed to have a never-ending supply of huge spliffs that were passed around continuously throughout their set. When the pace slowed a little late in their set, out came the bong. Not surprisingly, they are sponsored by Raw rolling papers. 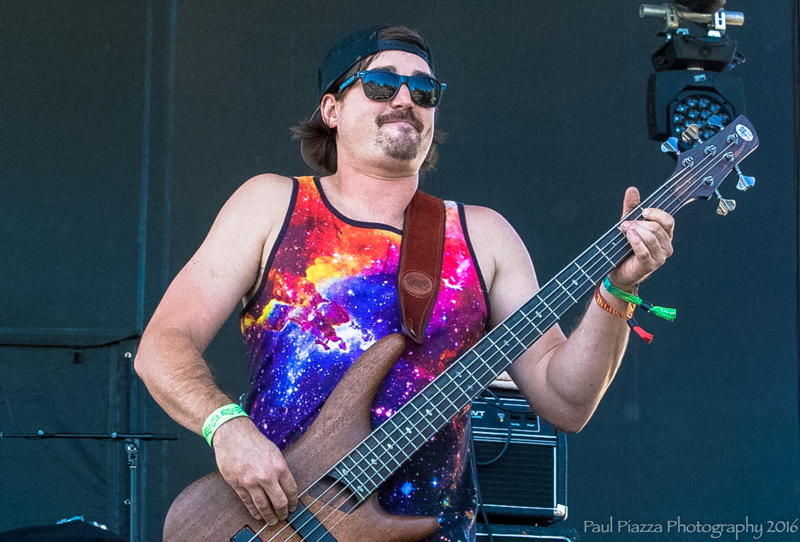 Other acts of note on this day were Ethan Tucker, who impressed many with a powerful blues guitar attack, and Sacramento’s Arden Park Roots, a surf/rock/reggae dynamo from the Capitol City. Needless to say, the music was good all day long. It had been excellent the night before as well, with headliners Tribal Seeds and Passafire stoking things with vigor.

Hopefully, this event will go forward after two years of blooming into an exceptionally pleasant end of summer celebration on the El Dorado County fairgrounds. There a few certainties– Rebelution will continue to thrive – they are booked to play huge non-reggae festivals like Voodoo Fest in New Orleans and Suwannee Hulaween in Florida this fall. The genre will continue to swell, with some of these acts, including Friday night’s headliner Tribal Seeds and Arden Park Roots booked to play Sonoma’s impressive Emerald Cup later this year. And naturally, and perhaps most obviously, Fortunate Youth will create significant clouds on whichever stage they may occupy in the future.

For more information on the Dry Diggings Festival, see their Facebook page.

Find out more about Rebelution here.

Check out The Expendables here.

To get more info on Zion I and the Grouch, check out their Facebook page.

Get all the info on Fortunate Youth here.