The love for shoegaze music has seen a resurgence in popularity across online forums. The boards of Reddit and 4chan all agree that the bands that constructed the genre in the 80s and 90s are My Bloody Valentine, Ride, and Slowdive. There are several others, but those three have badges pinned to their chests for creating the evocative sound. Originally, the term was coined by rock journalists that couldn’t find a word to describe this sound out of the UK. Shoegazers would often stare at their feet while playing, taking the listener’s attention away from the band and onto the music itself. Slowdive was no different. 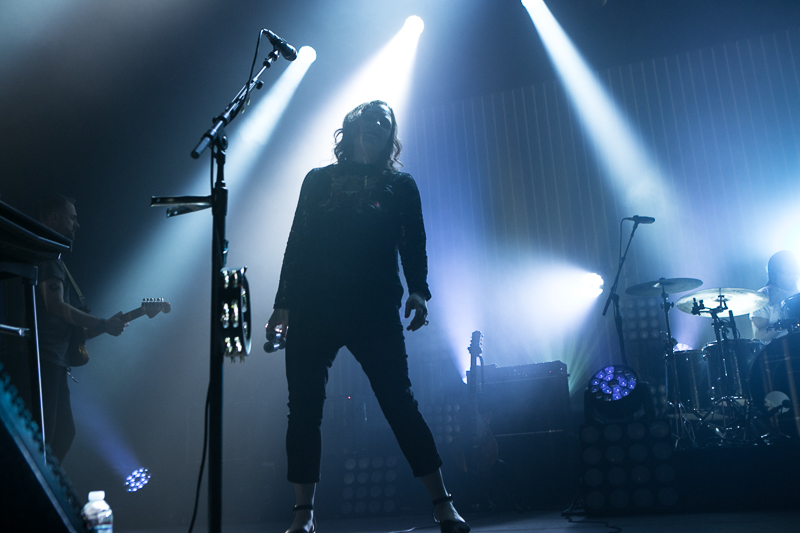 The band released three languid records in the 90s, each more breezy than the last. Slowdive’s second release Souvlaki is one of shoegaze’s crowned offerings. A testament to the genre’s engulfing sound and timeless beauty. Fans were gifted a new self-titled record after 22 long years. On Slowdive, the band dusts off the cobwebs for another ride into the night. It’s a haunting album of hypnotizing guitars and pillowy vocals. Slowdive founded this sound, and they know how to bend it to their will. 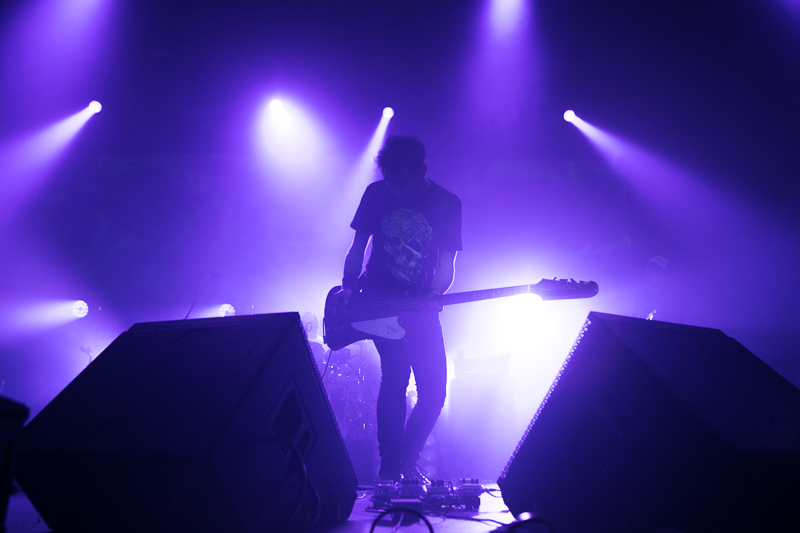 At the Fox Theatre, fans spanning decades were ready to hear the band’s woozy tunes. I suspect that a good chunk of the crowd wasn’t alive or couldn’t recall when Slowdive ruled the college radio scene (including myself). However, several lucky listeners caught the band in the 90s, praising their past performances as being some of the best live music they have ever heard. The floor was buzzing with anticipation. 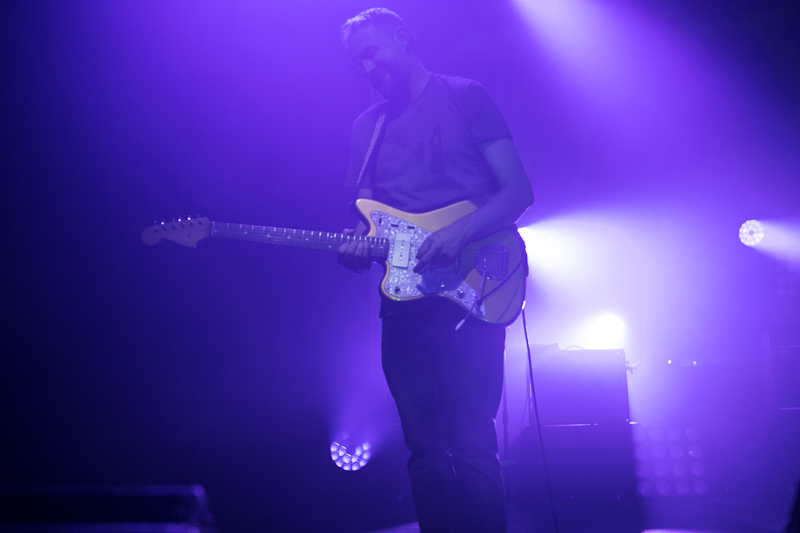 All original members of Slowdive came together for the reunion tour. They stepped onto the stage gracefully, among the sea of applause. After guitars were tuned and pedals were adjusted, the opening track for Slowdive swallowed the Fox. “Slomo” picks up where the band left off, in a bath of syrupy guitars. The night’s setlist, of course, covered classic shoegaze anthems across Slowdive’s entire catalog. 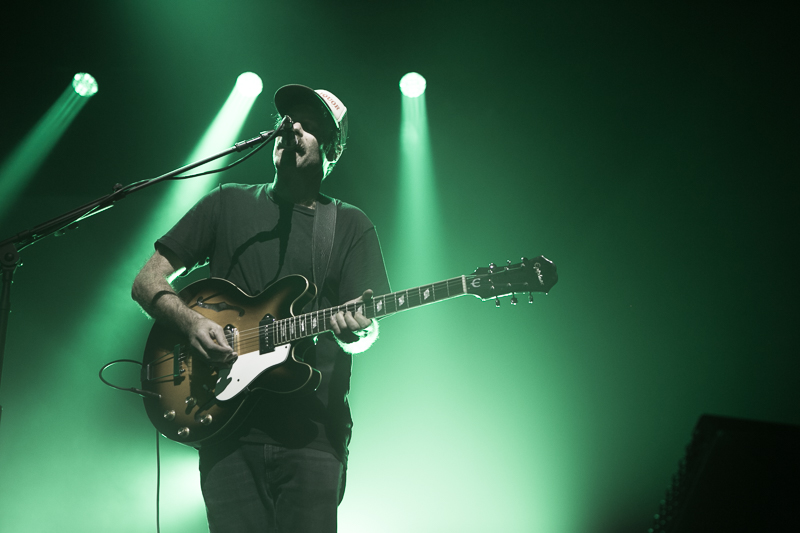 The thrilling “When the Sun Hits” still cuts like a knife after all these years. During “Crazy For You”, the crowd was left in a trance. “Blue Skied an’ Clear” off Pygmalion rippled in calculated beauty. Shoegaze milestone “Alison” made an appearance too. Vocalist Neil Halstead quietly whispered it’s lyrics: “I’ll be here in the morning / Cause I’m just floating.” The words dripped out of his mouth as if he were sleep talking. 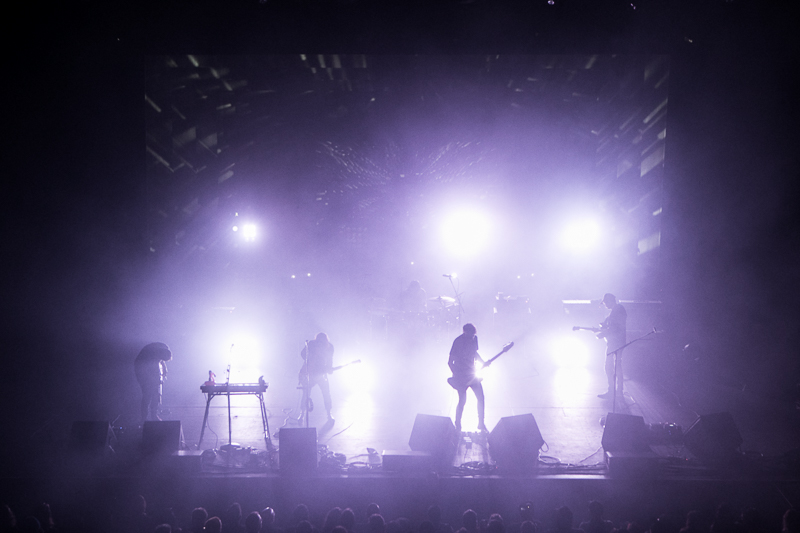 The new cuts off Slowdive were just as breathtaking to hear. Lead singles “Star Roving” and “Sugar for the Pill” are masterful exercises in restrained force. They beam you somewhere in the early 90s or the 2090s, though, it’s a place not made clear by a certain time but with a certain feeling. The sense of longing for a lost youth that will never come again. 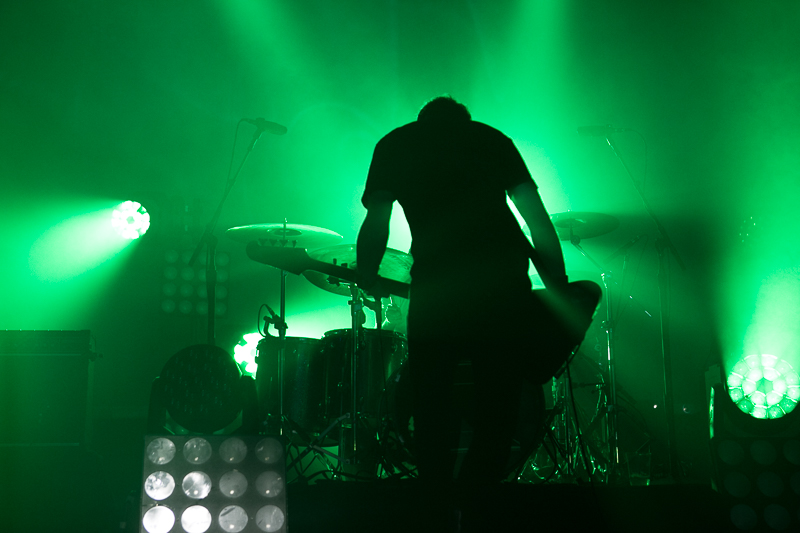 The band ended the night with a three-song encore: “No Longer Making Time” from Slowdive and two songs off Souvlaki, “Dagger,” and “40 Days.”

Opening band Cherry Glazerr have already been making a name for themselves in the indiesphere. Their recent album Apocalipstick was painted with a finer brush, though it’s bubbling with untamed angst. To get the crowd excited, lead singer Clementine Creevy unleashed the crushing “Nuclear Bomb” and tattered “Told You I’d Be With the Guys.” Other beloved Glazerr hits like “Grilled Cheese” and “Teenage Girl” were also on the menu.

Here’s a slideshow with more photos by Bobby Cochran of Slowdive and Cherry Glazerr:

Everything you need to know about Cherry Glazerr can be found here.