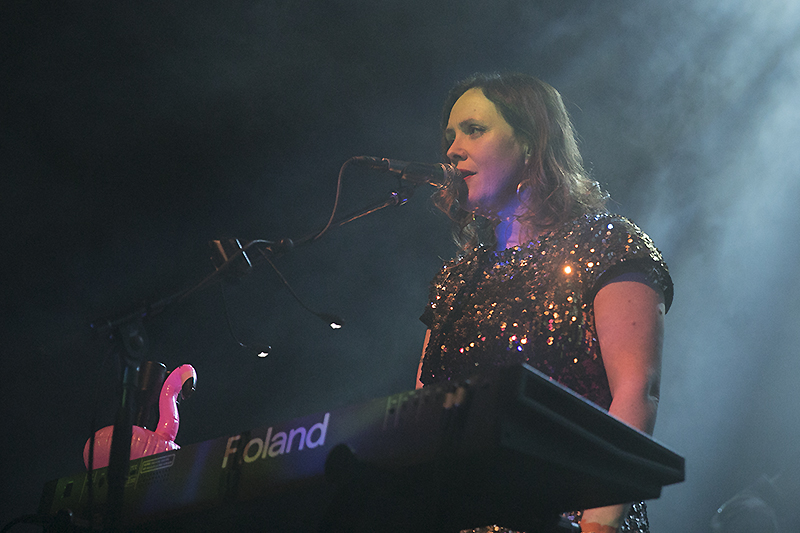 Slowdive surely delivered the incandescent guitar tones and beautiful, eerie melodies fans have craved for more than twenty years during their two-night stint at San Francisco’s legendary venue The Fillmore.

The shoegaze icons doused the crowd with dreamy introspective tunes — welcoming newbies and making old-timers proud. After 22-years out of the limelight, the cultishly beloved band returned to the Bay Area after kicking off their tour in Oakland late last year. 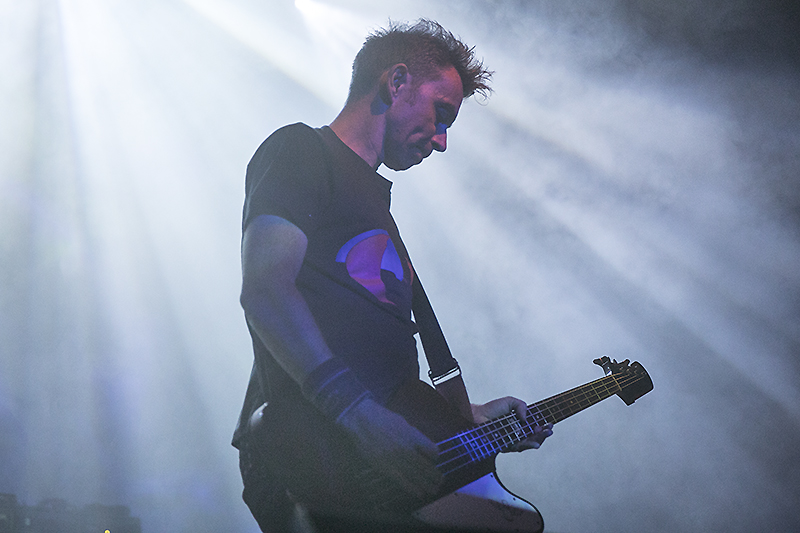 Green and blue swirls lit up the stage behind vocalists and guitarists Rachel Goswell and Neil Halstead, while bassist Nick Chaplin danced before the crowd and drummer Simon Scott acted as the anchor. Opening the evening with “Slomo” — a new track off their self-titled album — the room already felt melancholy and uplifting all at the same time.

It didn’t take long before they dipped into the old stuff, playing “Catch the Breeze” off their 1991 record, Just For A Day. An illuminated disco ball showered flecks of gold light, vibrant purple beams lit the backdrop, and strobes flashed upon the faces of 1,000 fans. The hardwood floor shook as people leaned back, absorbing the artistic concoction exploding before them. 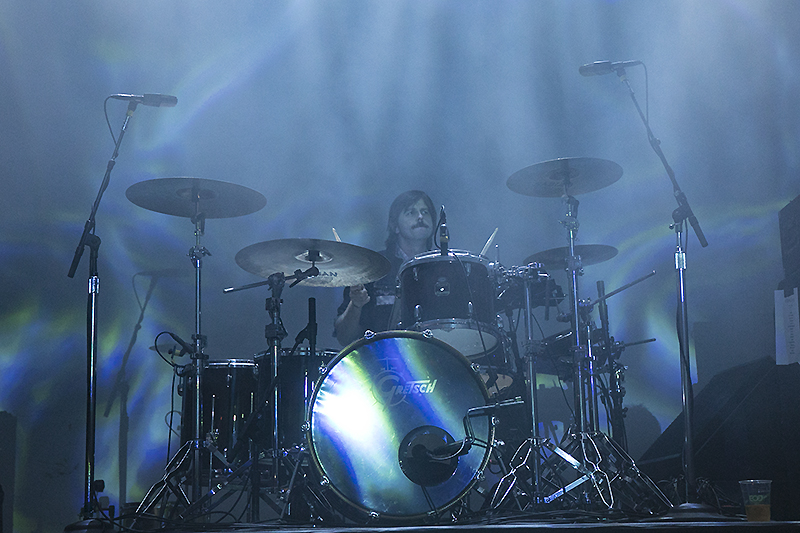 By the time the English band played “Crazy for You,” off their 1996 album Pygmalion, the crowd had already started melting together. People closed their eyes, danced by themselves, or held onto their partners. Others let the music seep in and take the place of whatever worries they’d been holding on to that day.

After more than twenty years, Slowdive has managed to pick up right where they left off. When the band got back together in 2014, it wasn’t with the intention of being a nostalgia act. They aimed at creating music they felt worthy of releasing. Their latest album’s ambient sound not only appealed to those who’ve always loved them — it also spawned a new generation of admirers. 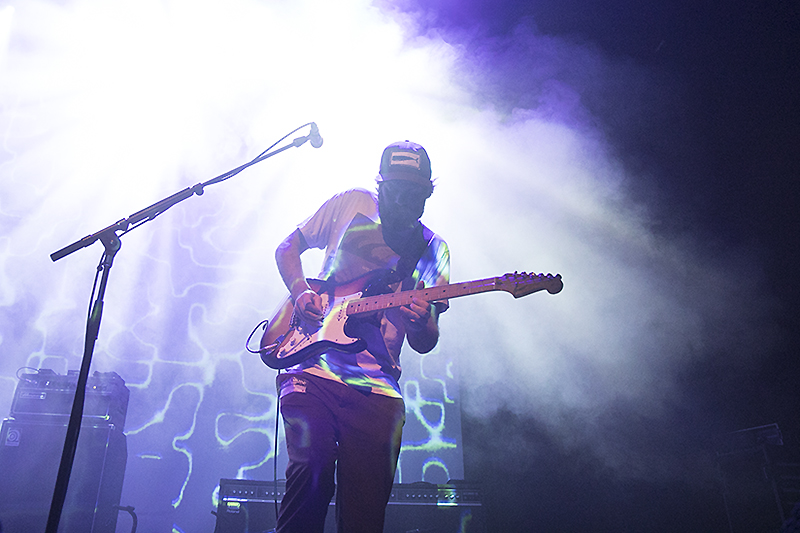 Hearing a song from the past is like sniffing a familiar smell. Sometimes you can’t remember what it is, or the memory it’s attached to, but you feel it. You know it meant something.

And sometimes you connect to a new song because it’s crafted with the same sentiment. Slowdive’s beautiful set showcased the band’s lifelong journey. It celebrated their start and validified their return. 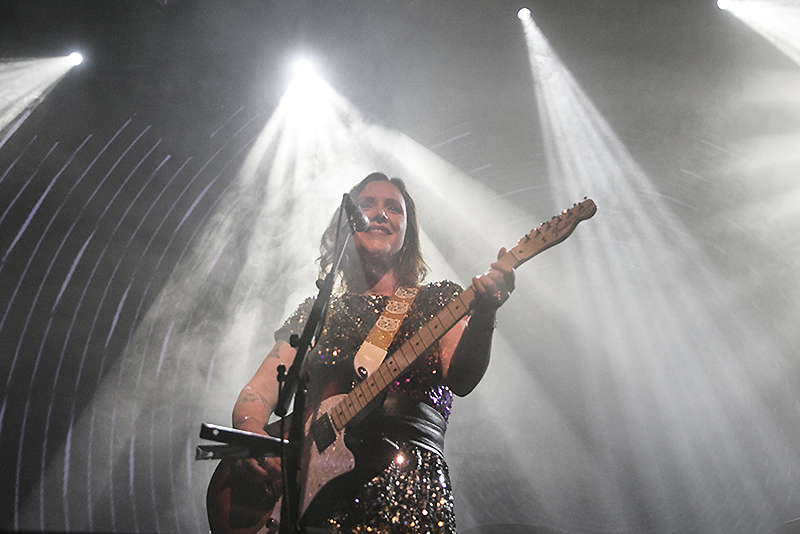 People grinned and swayed when they heard “Souvlaki Space Station,” “Machine Gun,” and “Alison” off Slowdive’s 1993 album Souvlaki. In fact, the band played a good portion of that record. They also played new tracks – “No Longer Making Time,” “Sugar for the Pill,” and “Star Roving.”

Fitted in a striking, gold sequin dress, Goswell took center stage and sang a rendition of Syd Barret’s “Golden Hair.” It was bold, yet delicate. And it left the room euphoric but hungry. After walking off stage, the crowd cheered until the band reemerged for a three-song encore. 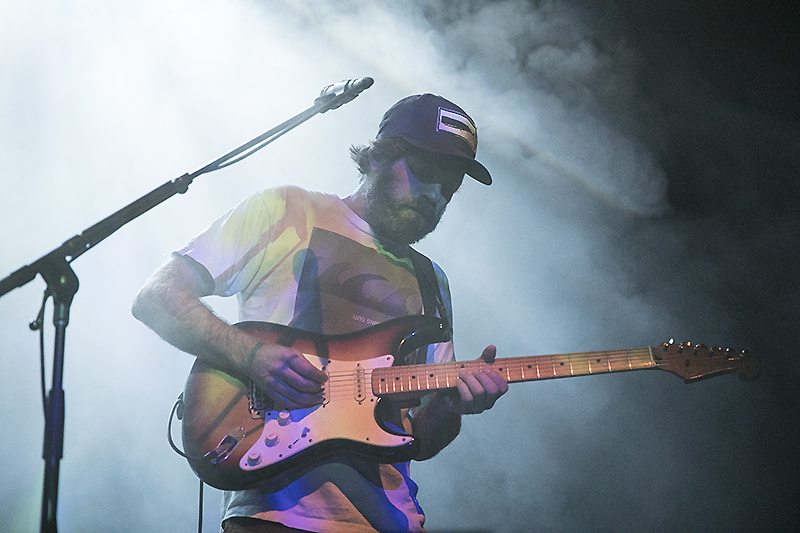 The night ended just as it began — fans indulged in the ebbs and flows, drenched in layers of sweet vocal melodies and deep reverb. Starting new with “No Longer Making Time,” the band closed with oldies “40 Days” and When the Sun Hits” before sending everyone home blissful and satisfied.

Husband-wife musical duo Dean & Britta opened the night. Both former members of Luna, Britta Phillips swept the crowd off their feet with her honey-sweet voice. She went back and forth with Dean Wareham, who both have obvious penchants for covers. They reminisced on the days of yesteryear — sharing memories of the last time they played with Slowdive in “1990-something.” They played one original track, “Knives from Bavaria,” and a slew of dreamy covers before saying goodnight.