Having just wrapped up the first leg of their current (and final) world tour, there is no doubt that Slayer can still pack a venue and deliver a blistering set of thrash metal, as evident by their recent show at the Bomb Factory in Dallas, Texas. With a capacity of 4300, The Bomb Factory was by far the smallest venue the band has played on this tour, but that most certainly didn’t stop them from delivering yet another epic set, even 37 years as a band. 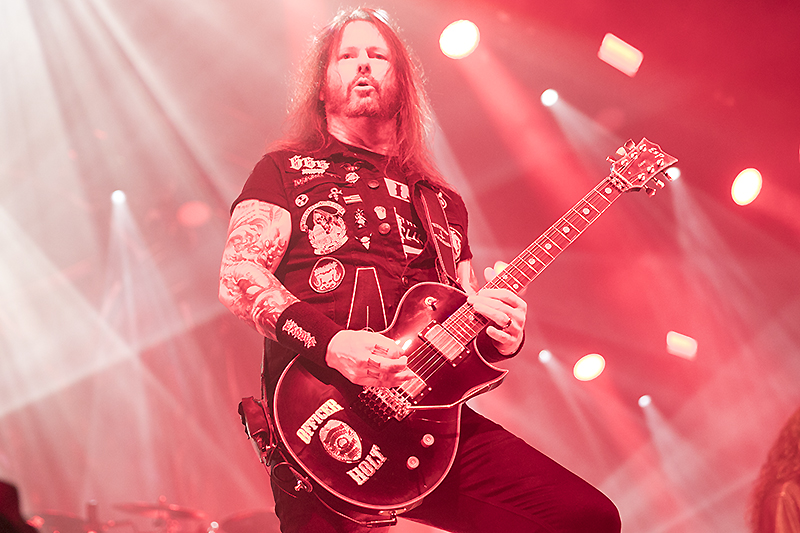 As the anticipation built and the stage curtain (which featured projected inverted crosses and pentagrams) dropped, Slayer opened their set with “Repentless,” the title track off of their latest record. The tag team guitars of Gary Holt and Kerry King were just as fast and furious as ever, while drummer Paul Bostaph pounded the drums behind them. Singer and bassist Tom Arya sounded strong as he was screaming out the lyrics to “Mandatory Suicide,” “War Ensemble,” and “Black Magic,” and he clearly seemed to be enjoying himself on stage, as evident by his smiling and banter with the fans between songs. 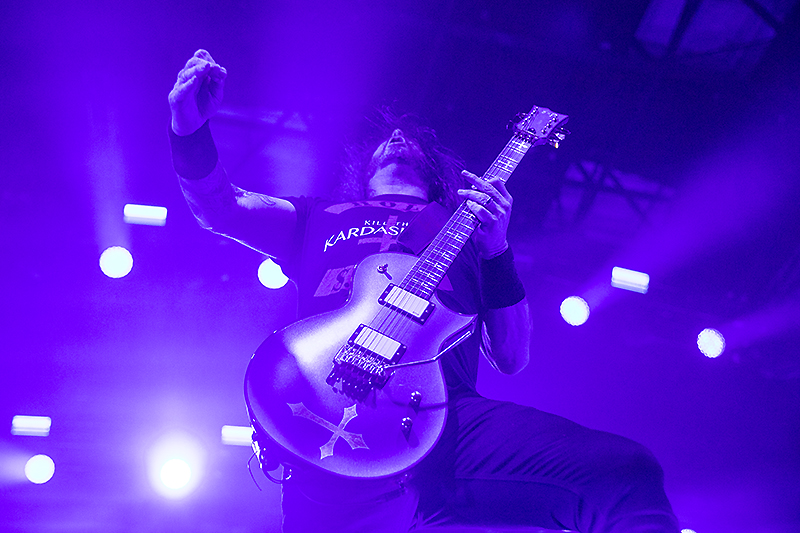 Although they were without their pyro for this particular show (due to venue size restrictions) Slayer let the music do the talking, and over the next 90 minutes, they ripped through a setlist that spanned their entire career. From “Dead Skin Mask” and “Hell Awaits” to “Dittohead” and “Payback” they were one hundred percent on top of their game. Closing their set with “Angel of Death,” and walking off the stage, Slayer left no doubt that if they are going out, they are going out on top. So be ready America, leg two of the tour starts soon, and you most certainly don’t want to miss out.

Support for this show (and the first leg of the tour) came from Lamb of God, Anthrax, Behemoth, and Testament, giving the evening an almost festival type vibe. Every band delivered the goods and more than primed the crowd for the headliners.

Check out this slideshow with photos of Slayer, Anthrax, Lamb of God, and Testament by Raymond Ahner: