Right from the beginning, with Ross Godfrey’s bell-like guitar twang and Skye Edwards’ luxuriant voice delivering Morcheeba’s first hit, “Trigger Hippie,” it’s obvious that this is a Morcheeba show. Edward’s voice and Godfrey’s guitar both curl around the melody and beat, at once familiar yet exotic, smooth yet energetic. This duality continued throughout the night, with the band able to move from down tempo dreams to upbeat dance numbers. 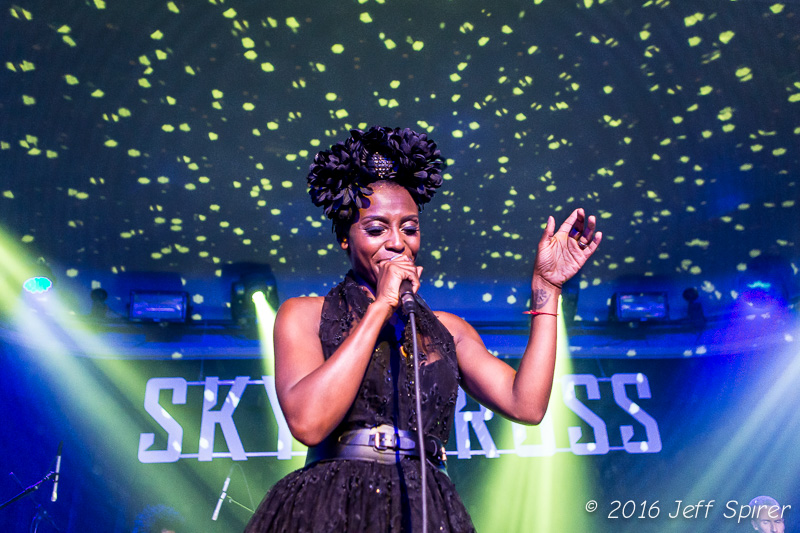 The band opened with a song from the Morcheeba catalog, and ended with one, but in between covered a lot of ground including songs from the new album, dubbed simply Skye & Ross, some well-chosen covers, and more Morcheeba. This being 2016, the band covered David Bowie with a lively version of “Let’s Dance.” And the final encore, the anthemic “Rome,” opened with “God Bless the Child.” A standout that has to be mentioned from the Morcheeba catalog, “Blood Like Lemonade,” takes a dark theme and marries it with a mid-tempo rhythm, using Edwards’ voice to make a vampire sound like love. Maybe that is what vampire stories are. 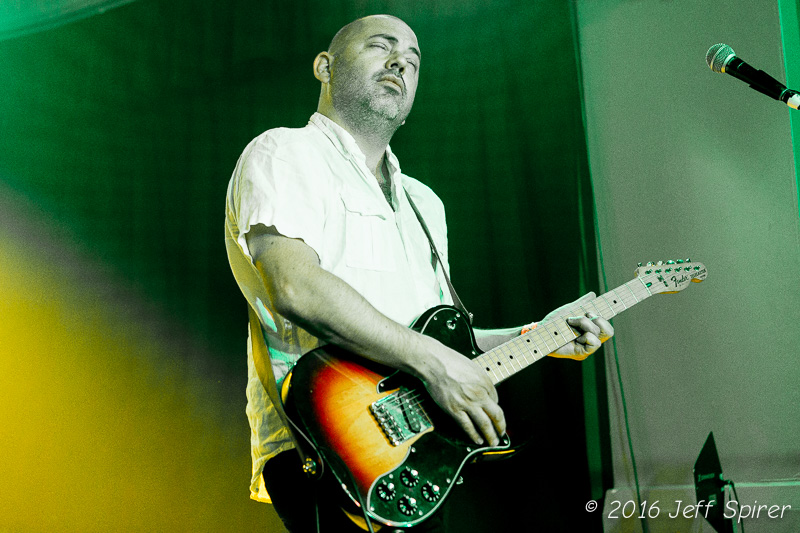 When the band made the transition from Morcheeba to Skye & Ross and back to Morcheeba, a lot of the electronics and samples faded into the background or just disappeared. The sound is a bit earthier, but what is most noticeable is just how good Godfrey’s guitar playing is. Because Godfrey doesn’t showboat – there’s no big run-out-front-and-solo moments, there’s a constant deference to the bigger picture, even when playing the solos – it wasn’t really evident. Now it is. He creates atmospheric sounds, fluid like running water, and choppy rhythms when required, such as in a song with reggae undertones. His solos show terrific skill and show an ability to weave them into the songs without overtaking anything. With a different personality, he might be a “big name” guitarist but that would be a shame as there wouldn’t be this band.

The band itself is a family affair. Edwards and Godfrey are joined by Edwards’ husband Steve Gordon on bass and Edwards’ twenty year old son Jaega Mckenna Gordon on drums. The final member is blank on the keys. The band is good, really good, and there’s no showboating from them either. 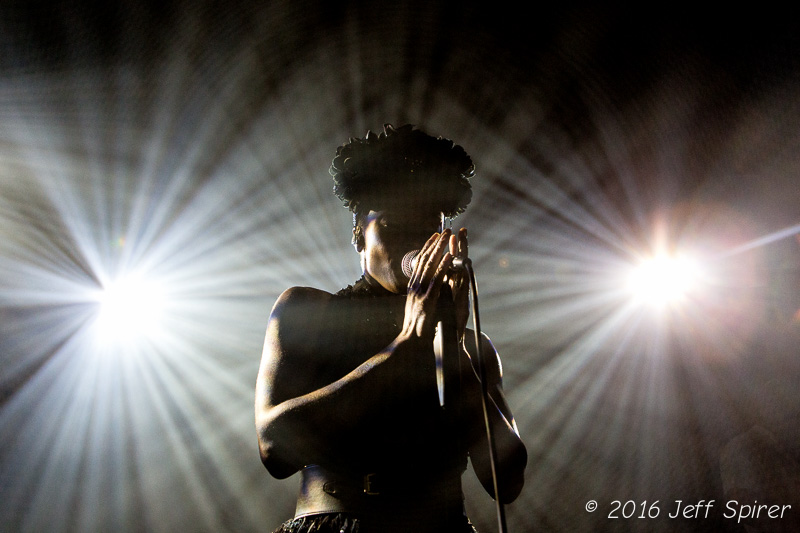 The first encore, “Clear My Mind” from the new album, demonstrated just how stripped down Skye & Ross can go. Godfrey fingerpicked on an acoustic guitar an Edwards sang. That was it, as simple as you can get and still call it a band. And it worked, the crowd hushed for it. And then “Rome” happened. Edwards, who had talked directly with members of the audience, taken selfies with them, videoed herself and the band with their phones, encouraged them to sing choruses (with the band on quiet mode), began bringing people up on stage to dance. The stage at Social Hall SF isn’t big enough to contain the whole audience, but Edwards probably would have if there was room. 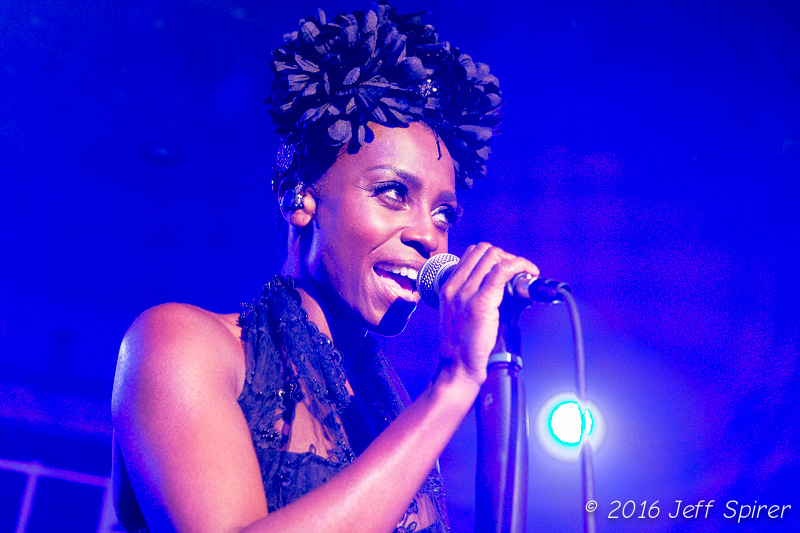 The mood established by Morcheeba lingered after the band left the stage. Instead of everyone getting up and leaving, groups lingered in the venue, talking about the show, enjoying the vibe. The merch table had a long line as people bought t-shirts and the vinyl version of the new album 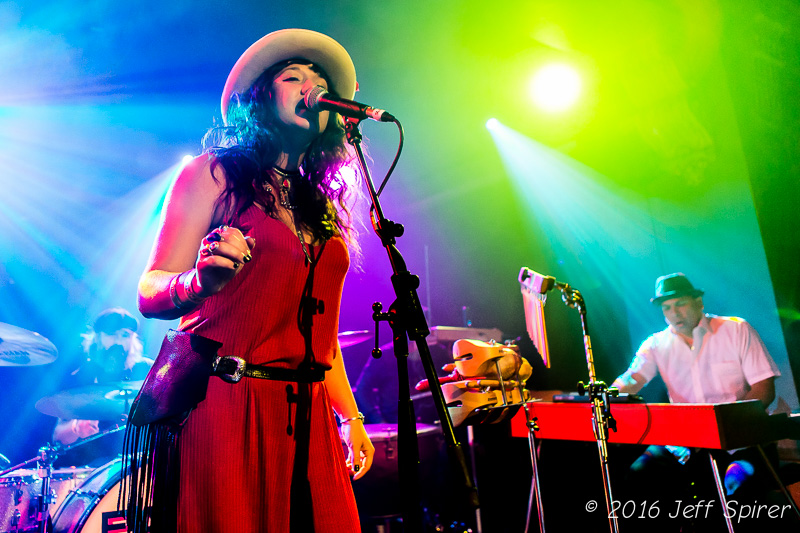 Earth Moon Earth opened for Skye & Ross. It was obvious this was a drummer’s band. Daniel Joeright, whose impressive resume includes David Byrne, Tom Waits, and most recently, The Rentals, puts out a big drum sound. Complementing Joeright is a band that includes two on keyboards, a bass player, and a hooded Theremin player. Gabriella Evora arrived after a brief instrumental intro, looking as if she wandered in from Woodstock. Or Burning Man. Listening to the band, it was a little surprising that they weren’t at Burning Man. 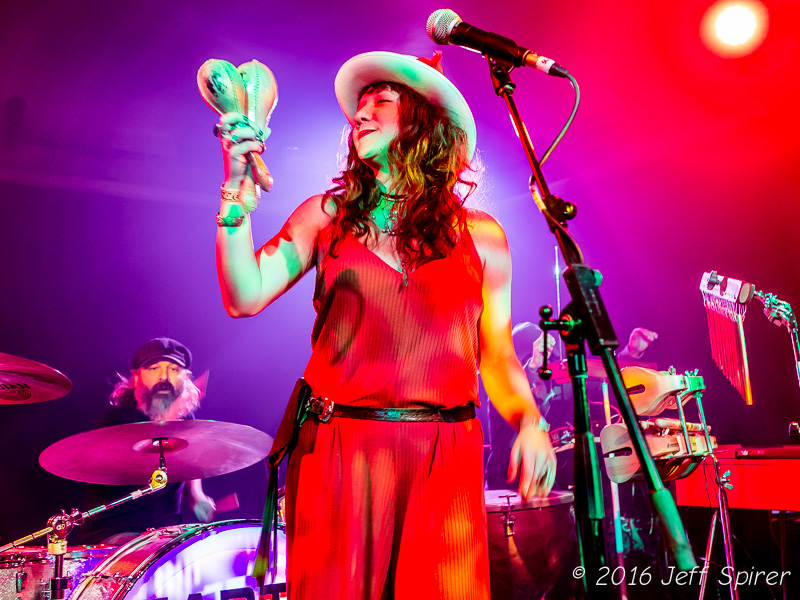 Evora has a rich voice and a beatific smile that makes for an enjoyable set. The music is layers of texture, always with the drums out front. Because the instrumentation is so unusual, there’s an otherworldly sound at times, particularly when the Theremin is present, lending an air of psychedelia. It all sounds like a big experiment gone right.

Setlist: Trigger Hippie | Friction | World Looking In | All My Days | Otherwise | The Sea | Light of Gold | Let’s Dance (David Bowie cover) | Hold On | Blood Like Lemonade | How to Fly | Blindfold | Let Me See || Clear My Mind | God Bless the Child/Rome Wasn’t Built in a Day

For more information about Skye and Ross, see their website.

Find out more about Earth Moon Earth on their Facebook page.