Of all the stars that shine in the rock music universe, the ones that burn brightest aren’t always the ones you would think. Quick, who currently has the longest streak of consecutive album releases to go to number 1 on the United States Billboard charts?  It’s not U2 or Taylor Swift or Jay Z or any of the other mega-stars that might initially jump to mind….it’s the Dave Matthews Band (DMB). 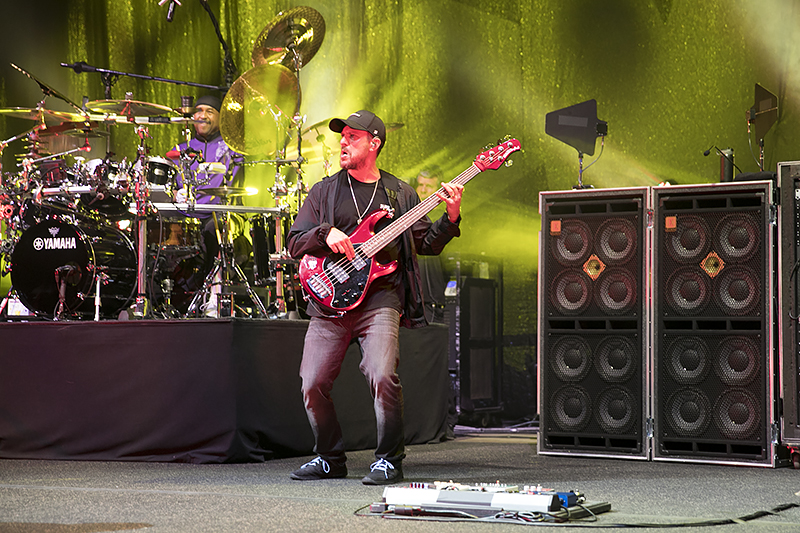 That fact might even be a surprise to the diehard fans that packed the Shoreline Amphitheater to see Dave Matthews and his excellent six-piece band – Tim Reynolds (guitar), Stefan Lessard (bass), Carter Beauford (drums), Rashawn Ross (trumpet), Jeff Coffin (sax), and Buddy Strong (keys) – charge through nearly three hours of hits while supporting the latest DMB offering Come Tomorrow, their first record since 2012. 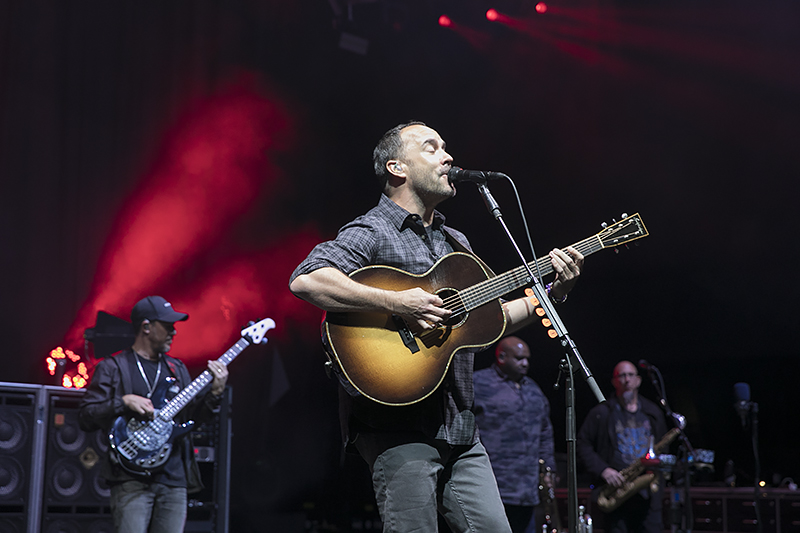 Matthews and his crew walked onstage in front of an impressive swirl of background projections, and he immediately greeted the crowd with a big smile and a wish, “I hope everyone has a good time tonight….I hope I have a good time tonight. I’ll let you know in a bit”. So began the evening’s flight of feel-good jams. Starting with the smoothed out ‘Do You Remember’ from the new album, DMB had the crowd swaying in their collective palm. 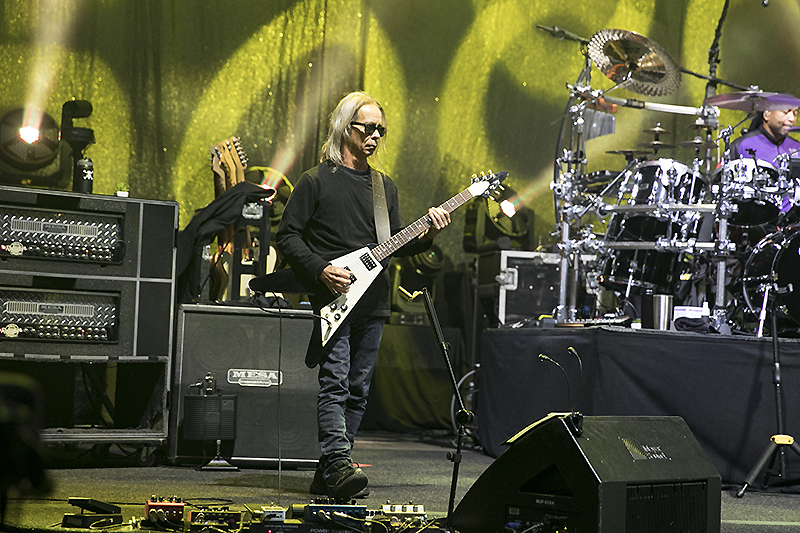 It is a treat to see a band of musicians that truly enjoys playing together, and you can tell that DMB is such a group. It is virtually unheard of these days to see a band steamroll a set as long as DMB did at Shoreline without taking a break. From all of the smiles and laughs of the players you get the sense that it is easy for them because they have so much fun doing it. 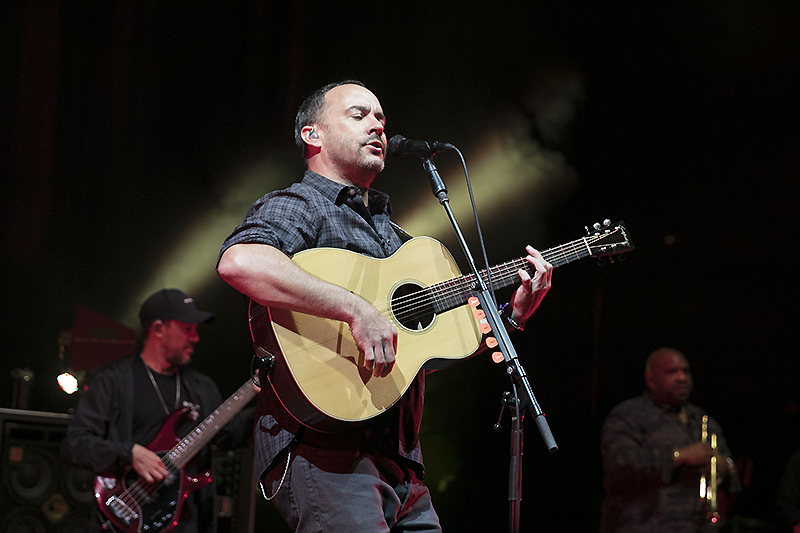 Blending afro-Caribbean rhythms with layers of soaring, folky, jam rock, and then splashing carefree horns over the top, DMB lifted their legion of fans, untwining a slinky ball of colorful free-form musical yarn. The crowd hung on every note, getting lost in the good vibrations and grooving with each song. 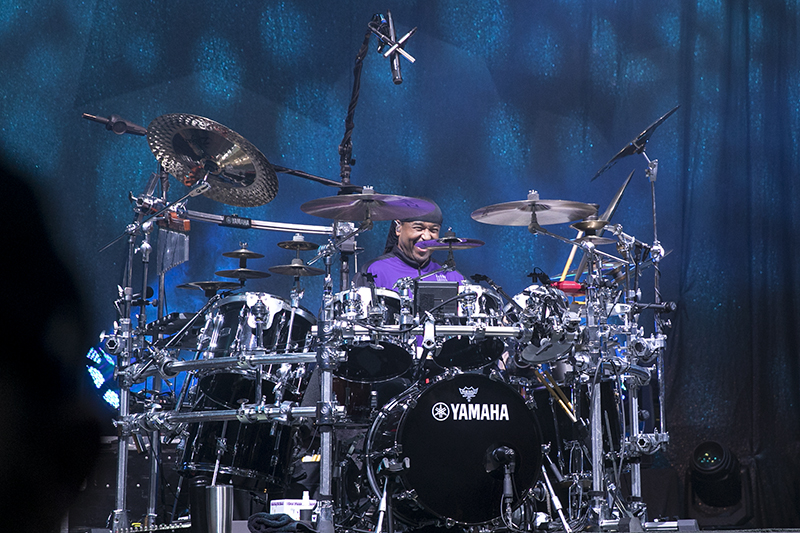 Actually, the way the set progressed, it seemed as if it were just one big song punctuated by spikes of energy emanating from the band and/or crowd. The night hit a high with a stunning campfire sing-a-long performance of “Everyday” from the 2001 number one album of the same name, which led into a cover of the sixties anthem ‘Time of the Season’ by The Zombies and sent the evening into a full-on sprint. 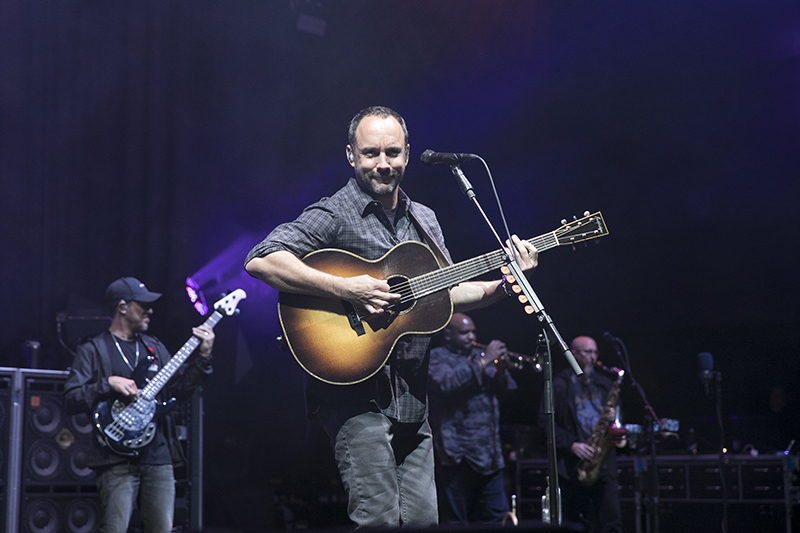 With the way the crowd bounced when the band swung into Peter Gabriel’s ‘Sledgehammer,’ it was as if DMB turned Shoreline into a 22,000 person trampoline. By the time they got to ‘Ants Marching,’ the second single from their debut album Under the Table and Dreaming (1994), the trampoline was dropped in the middle of a hootenanny, complete with folks square dancing and whooping at the top of their lungs for nearly eight minutes. The end of the song brought down the house with Ross, Coffin, Strong, and Reynolds each trading leads over Beauford’s rock solid beats to end the set. 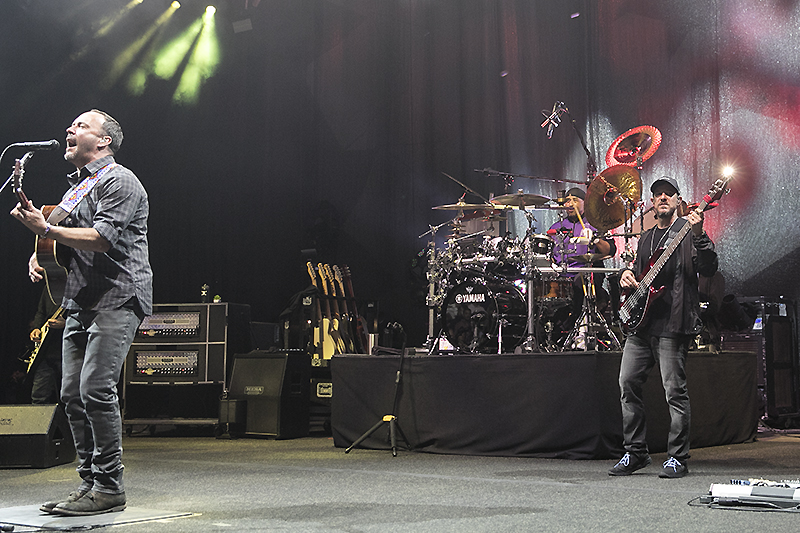 There was no way the crowd was going to let the band off the hook without playing more. So after a few minutes of uproarious applause DMB came out and rooted back down by dipping into the current album with the precision rock of ‘Samurai Cop (Oh Joy Begin)’. 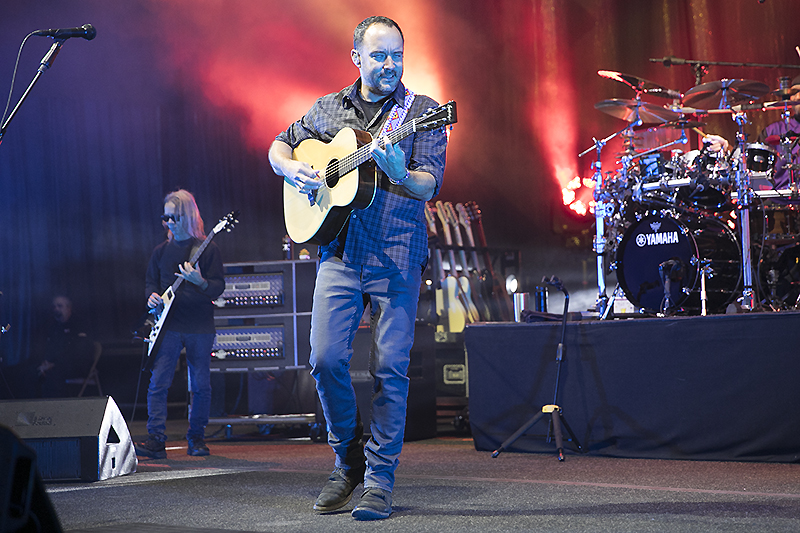 Like any good rock’n’roll rollercoaster the end of the ride has to be the most exciting part. This is where Dave Matthews and his partners amped it way up. Spinning the crowd and turning it upside down, DMB dialed up the 2009 album Big Whiskey & the GrooGrux King and tuned in the down and dirty funk/rock of ‘Shake Me Like a Monkey.. As the lyrics of the song say “make me lose my mind”…the crowd sang it, the band did it….everyone was happy.

Setlist: Do You Remember | Don’t Drink the Water | Satellite | That Girl Is You | Seek Up | Again and Again | Old Dirt Hill (Bring That Beat Back) | Everyday | Time of the Season (The Zombies cover) | Dancing Nancies | Warehouse | Come Tomorrow | Grey Street | Here on Out | Sledgehammer (Peter Gabriel cover) | Digging a Ditch | You Might Die Trying | Ants Marching || Samurai Cop (Oh Joy Begin) | Shake Me Like a Monkey

Find out more about the Dave Matthews Band here.