As one of the pioneers of the New Wave of Heavy Metal movement, England’s Saxon are still rolling strong, having just released their 22nd studio album, Thunderbolt, earlier this year. The band has also been out on the road supporting the record by providing direct support for fellow UK metal legends Judas Priest, and on the eve of their San Francisco show played a sold-out headlining show at Cornerstone Craft Beer and Live Music in Berkeley. 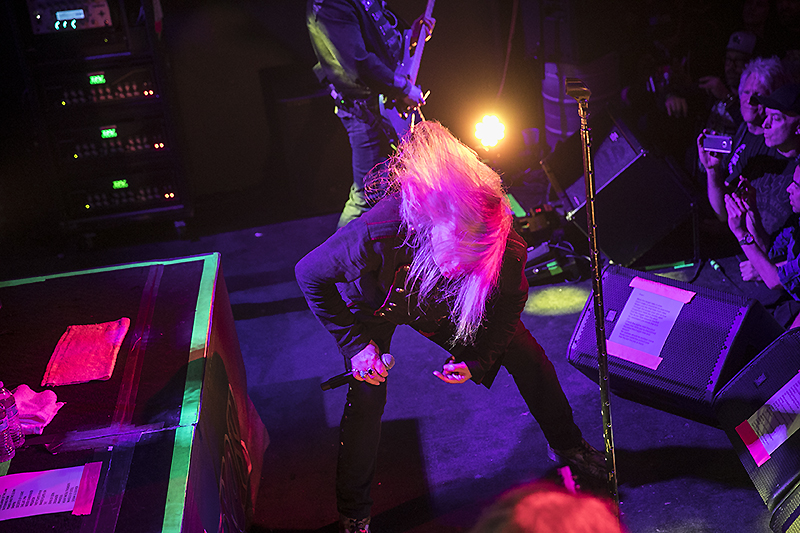 After local bands The Watchers and The Butlers got the crowd primed for an evening of metal, Saxon hit the stage with the “Thunderbolt,” the title track of the new record. Despite playing on a much smaller stage than they are on their tour dates with Judas Priest, they still somehow managed to fit Nigel Glocker’s drum riser on the stage; combined with the lighting. it was a full-scale show that brought the crowd up to the front and banging their heads in unison. 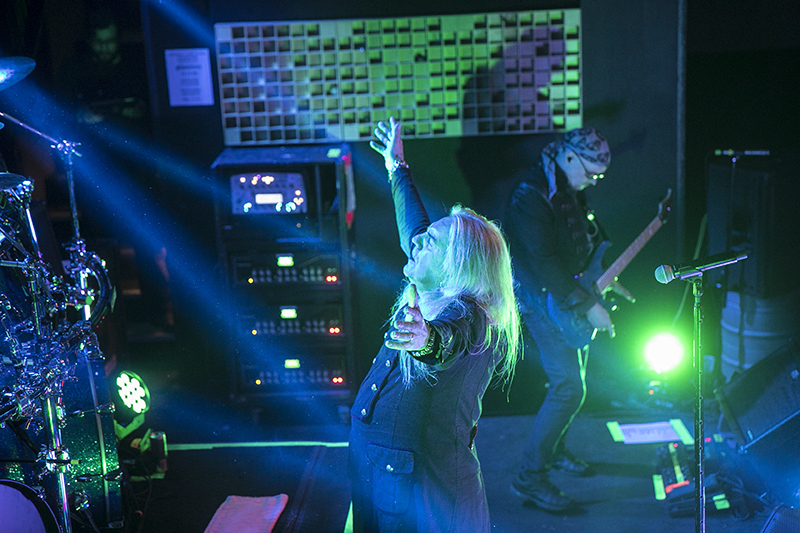 The band played with the same, if not more, intensity they always have, focusing on both newer material as well as their classics that the fans had come to hear. With the dueling guitars of original member Paul Quinn and longtime member Doug Scarrett, every song sounded just as heavy as when they were originally recorded. Songs from the new record, including “Sniper and “Nosferatu (The Vampires Waltz), fit in quite nicely with “747 (Strangers in the Night),” “Dallas 1PM,” and “Power and the Glory.” 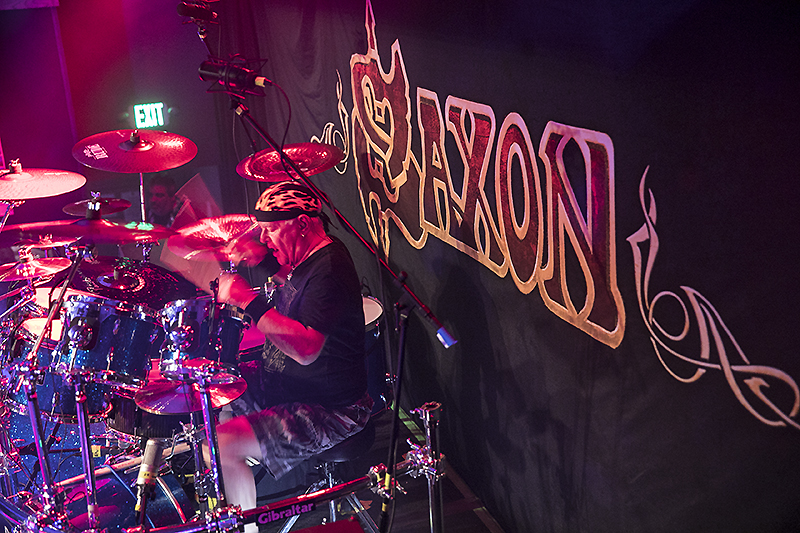 Thanking the crowd for coming out even though they were playing in San Franciso the next night, singer Biff Byford told the crowd it was time to go back to 1980, and he and the bad delivered the goods with “Motorcycle Man.” And of course, no Saxon set would be complete without “Denim and Leather,” and they did not disappoint as Biff put on a denim “battle vest” before closing out the evening with one of the truest heavy metal anthems ever.

Here is a slideshow with more photos of Saxon by Raymond Ahner:

Setlist: Thunderbolt | Sacrifice | Nosferatu (The Vampires Waltz) | Power and the Glory | Motorcycle Man | Dallas 1 PM | Strong Arm of the Law | Battering Ram | Sniper | The Secret of Flight | Never Surrender | And the Bands Played On | Predator | 747 (Strangers in the Night) | Sons of Odin | They Played Rock and Roll | Crusader | Princess of the Night | | Wheels of Steel | Heavy Metal Thunder | | 20,000 Ft | Denim and Leather

Find out more about Saxon here.