Blues guitarist Samantha Fish came to the Great American Music Hall on Wednesday night and delivered a blistering fifteen song set that ran the gamut from fast paced rock’n’roll to slow ballads. She was backed up by the talented duo of Chris Alexander on bass and Go-Go Ray on drums. Both of them were excellent at setting the foundation for Samantha Fish to showcase her stellar guitar playing and impressive singing. 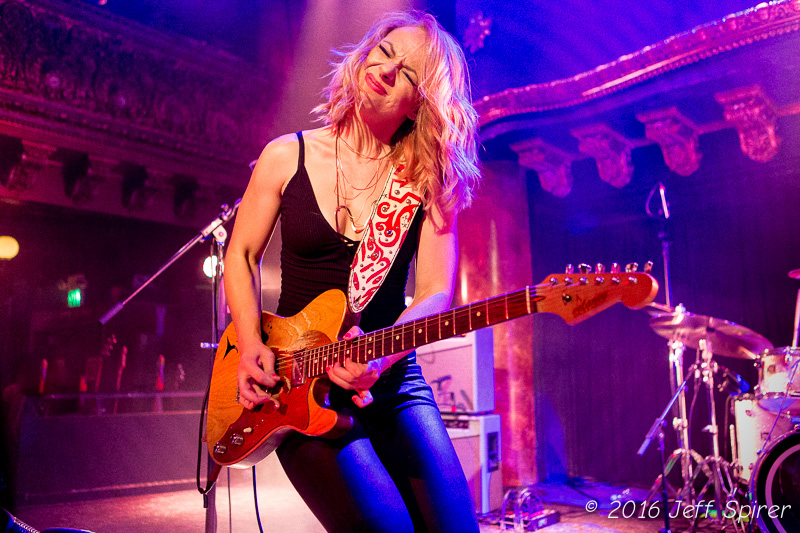 The set started off with a rendition of the title track off of her latest release, Wild Heart, which allowed for Fish to demonstrate why she is one of the most exciting blues guitarists around: effortlessly weaving between soulful vocal lines and powerful guitar solos that build on each other throughout the song. Roadrunner was the first song to showcase her impeccable slide playing, invoking the sound of countless great blues guitarists. The fascinating thing about the slide is that it allows the player to reach notes they would not normally be able to hit, giving the song a great deal of musical variety. One of the most interesting moments occurred during the song Gone for Good, in which Fish brought out a guitar made from a kerosene can, fitted with a Fender Telecaster neck. The instrument had a uniquely metallic sound to it, adding a great deal of menace and grit to the song, proving to be one of the highlights of the night. The interplay between guitar and drums in this song was particularly fascinating as Fish’s highly percussive playing (a cross between traditional picking, finger picking, and even the rarely seen pick-and-fingers) meshed with Ray’s grooving and explosive drumming. 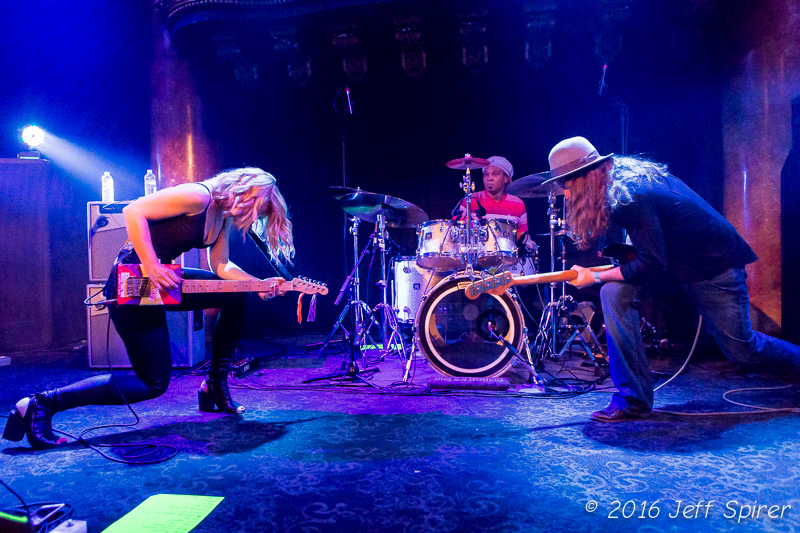 Another highlight was a cover of the classic Charley Patton song Jim Lee Blues Part 1, which featured some incredible acoustic guitar work. The tune begins with a delicate rhythm figure as it swings between haunting vocals and expressive lead guitar playing, culminating in an exquisite solo towards the end before gently concluding. 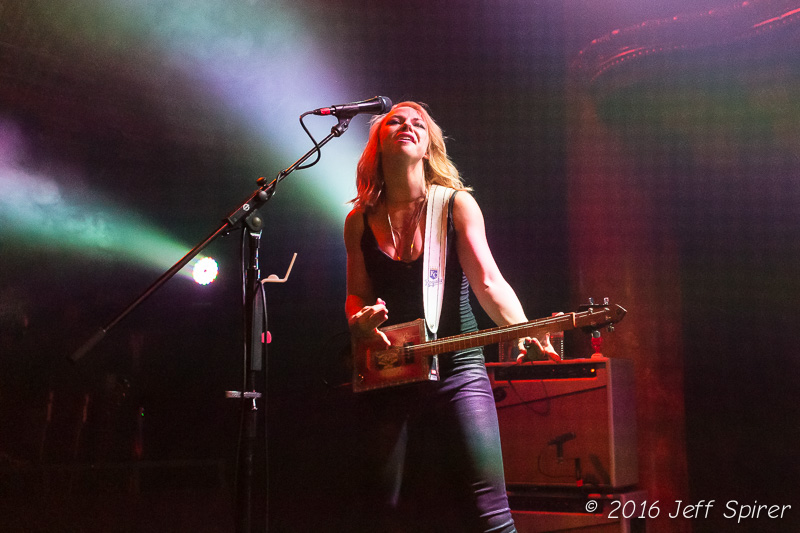 Around the half way point in the set, Fish pulled out peculiar looking guitar, this one made from an old cigar box and fitted with a tiny neck, looking more like some children’s toy than a musical instrument. However a few seconds into the song Turn it Up, it became apparent that this was no toy. There was a certain quality to the sound that made it stand out: a percussive and woody type of tone that was unlike a conventionally made guitar. Due to the short and small neck, the instrument lends itself to slide guitar playing, leading to some impossibly fast runs up and down the guitar. 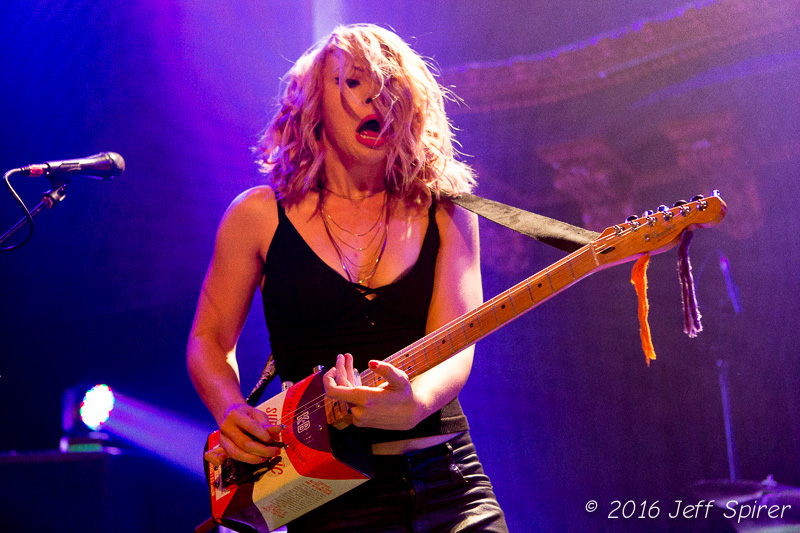 Samantha Fish with can guitar

Throughout the duration of the concert it became apparent just how expressive of an instrument a guitar can be. In the capable hands of Fish the guitar becomes another way to assert emotion, another way to articulate feeling. Her true mastery of the instrument allows a wide range of musical expression, particularly when paired with her powerful vocals. 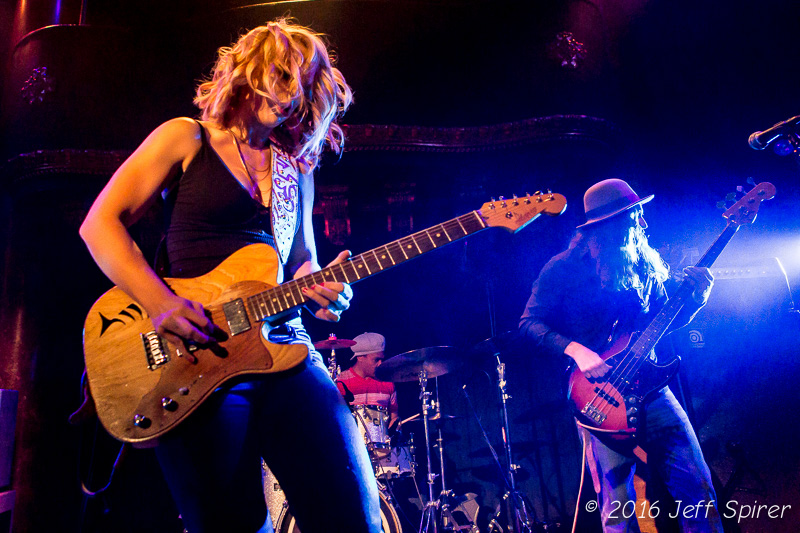 The band as a whole sounded comfortably loose, attacking each song with a sense of aplomb that was not lost on the receptive audience. It was a real treat to witness musicians of this caliber working together and pushing each other to even greater heights. 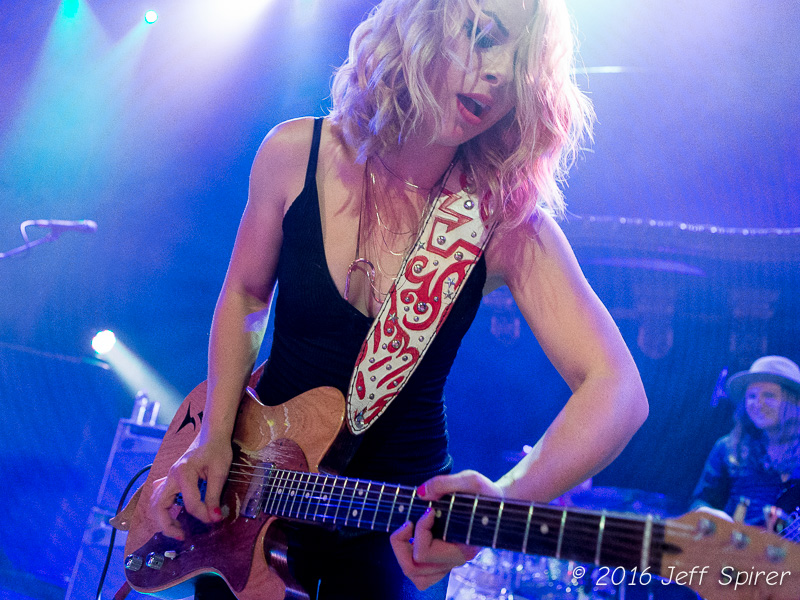 Summing it up, Samantha Fish delivered a fantastic show, and her incredible skill as both a singer and a guitarist made for a memorable evening and is proof that the blues is still alive and vital in the modern music scene. 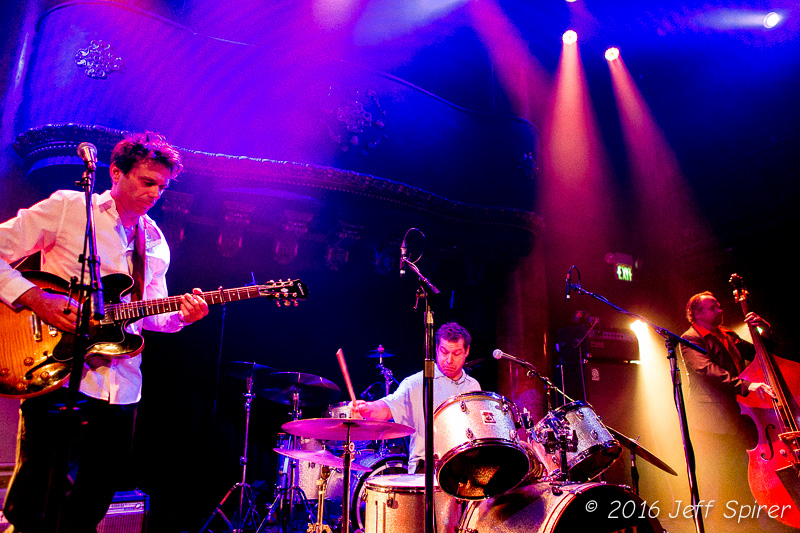 Opener HowellDevine served up a tamer version of the blues. Also a threesome, the music feels like sophisticated country blues, which sounds like a contradiction until you’re watching them play. The instrumentation has a lot to do with the feeling. Josh Howell occasionally puts down the guitar and just plays harmonica, and when that happens, the band feels like neighbors hanging out on the front porch. Pete Devine picks up a washboard and strums it rather than playing on his drum kit. And Joe Kyle foregoes the expected electric bass, playing standup bass through the entire show. The sound ends up being rootsy, making it no surprise the band’s debut CD appeared on Arhoolie, the label’s first new blues recording in 25 years. 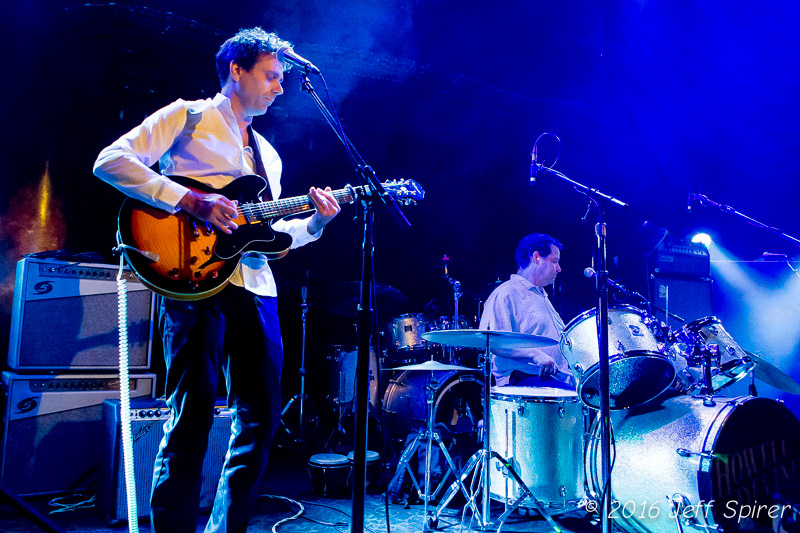 Howell sings as well as playing guitar, with a slight twang in his voice reinforcing the country roots. Guitar solos, often with a slide, blend with Devine’s lively drumming, often hitting the sticks on drum rims for a primitive sound, as if the front porch drum kit was the railing. Kyle’s bass is masterful, completing that old-time feel as the band ranges from covers, a staple of the blues, to some originals that fit right in.

For more information on Samantha Fish, see her website.