The Instrumental trio known as Russian Circles brought their unique sound to the Great American Music Hall last Friday night to the adulation and cheers of a sold out venue. The band’s sound is an intricate tapestry of raging heavy metal, serene post-rock, and spacey prog-rock. Armed with an assortment of amplifiers, pedals, and other electronics, the band sounds incredibly full and fleshed out, as if there were more than just three people on stage playing.

The group started out with the combo of “Asa” and “Vorel,” the first two tracks on their latest release Guidance. “Asa” began with a gently plucked guitar part from bassist Brian Cook while guitarist Mike Sullivan played a majestic melody over the top, until the piece began to pick up steam and erupt into a furious end that lead directly into the grimy dirge of “Vorel.” This song featured some harsh and dissonant synth playing from Cook which only served to add to the atmosphere. Next up was the crowd favorite “309,” a more straightforward track featuring some of drummer Dave Turncrantz’s best and most interesting beats. The band sounded especially tight and lively, appearing to really feed of off each other in addition to feeding off of the immense energy of the crowd. While there were no lyrics to sing along to, that did not prevent the packed house from intently listening to every single note that was played, making sure to go wild and crazy depending on what song was being played. 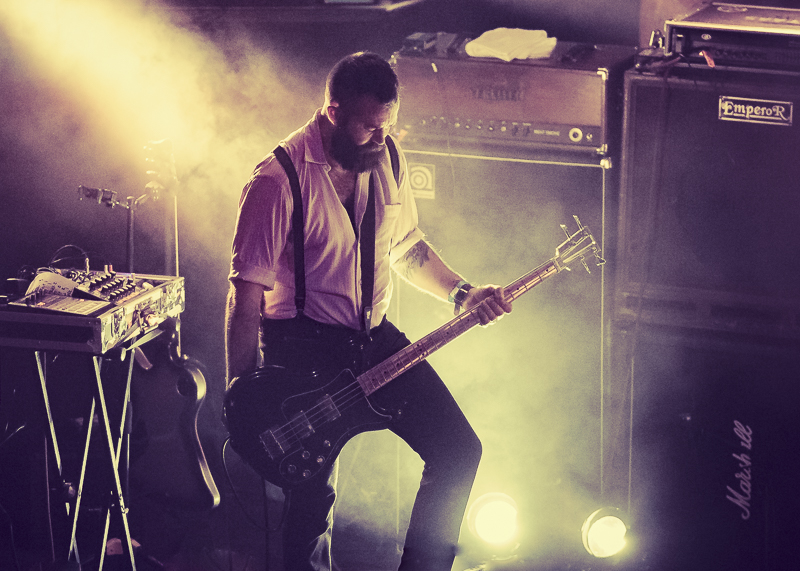 After this there was a brief intermission as Sullivan had to fix an issue with his amplifier before the band launched into another new song, “Afrika.” The piece begins with a series of cascading soundscapes, each one building upon the previous, creating a dynamic sense of tension. This tension continued until the band punctuated the ending of the song with another one of their intense outros. Next up, the group rolled out “Harper Lewis,” one of their most well-known songs. The track begins with a rollicking drum/bass groove over which Sullivan plays a simple yet evocative guitar figure before the song descends into a crushing and syncopated breakdown and finally settling into yet another straightforward and driving rhythm. 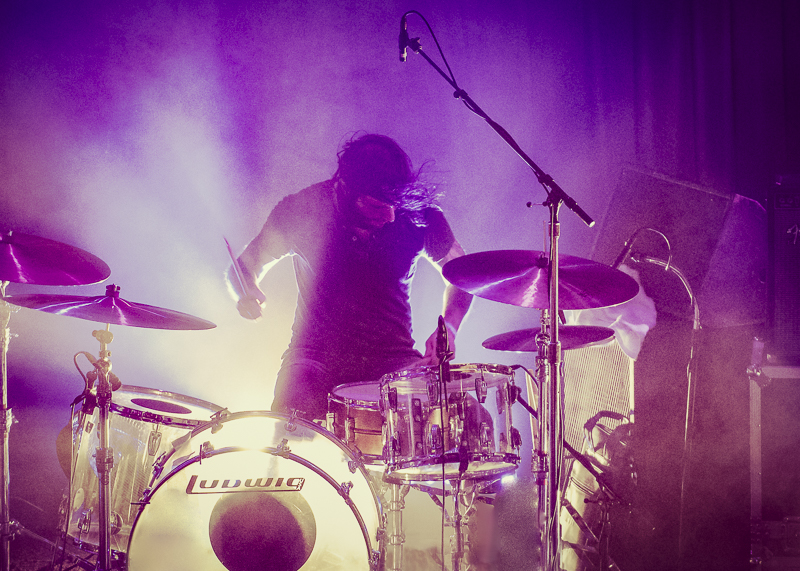 Following this, the band played another crowd favorite, the dark and brooding “1777.” The song starts off with a hi-hat heavy drum beat over which a spacey and trance inducing guitar line is played. As with most Russian Circle songs, “1777” builds in dynamics and tension before closing out with an epic and uplifting melody. This song was no different as its ending featured one of the best melodies of the night. The piece also featured an incredible drum performance from Turncrantz who absolutely ripped through a set of incredible drum fills and technical beats, pushing the rest of the band to even greater heights. 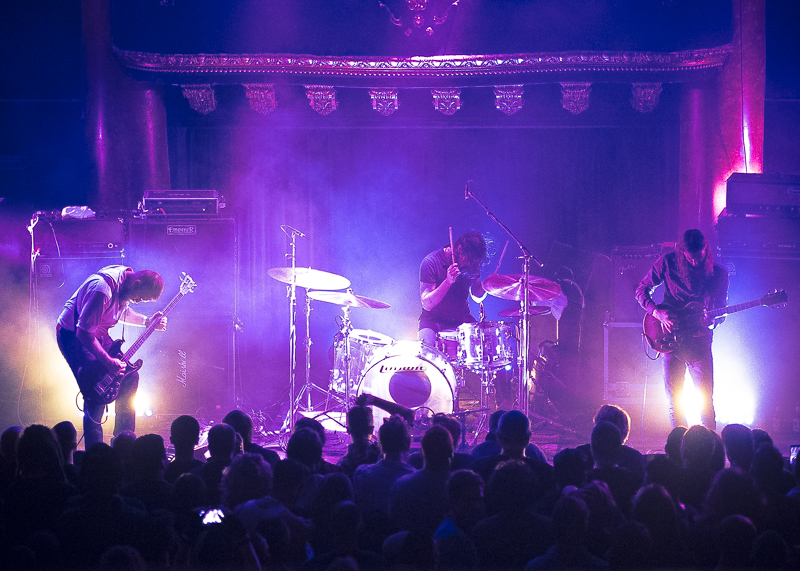 A few songs later the band concluded their set with the rampaging metal of Youngblood to an ecstatic crowd reaction. The track is one of Russian Circles’ most straightforward, relying on plenty of aggressive and distorted guitar playing along with an interesting use of a looper pedal to allow for Sullivan to layer multiple guitar parts over one another without the need for another guitarist. Mid way through the song the aggression drops out, leaving Sullivan to play a somber guitar part as the rest of the band slowly reintegrates, building ever so slowly to another fierce and epic conclusion.

This was a fitting end to a show that produced so many fantastic moments: showcasing how unique and interesting of a band Russian Circles has become. They have a knack for being able to create instrumental music that is just as evocative as music that features a singer, and it was certainly a great pleasure to hear these songs in a live setting.

For more information about Russian Circles, check out their website.