Russian Circles put on another one of their mind-blowing live shows to the delight of the sold-out crowd at the Great American Music Hall on a Thursday night. The trio of bassist Brian Cook, guitarist Mike Sullivan, and drummer Dave Turncrantz have developed into one of the most interesting and captivating live bands in the rock/metal underground: combining raging heavy metal, atmospheric post-rock, and deep electronic textures. 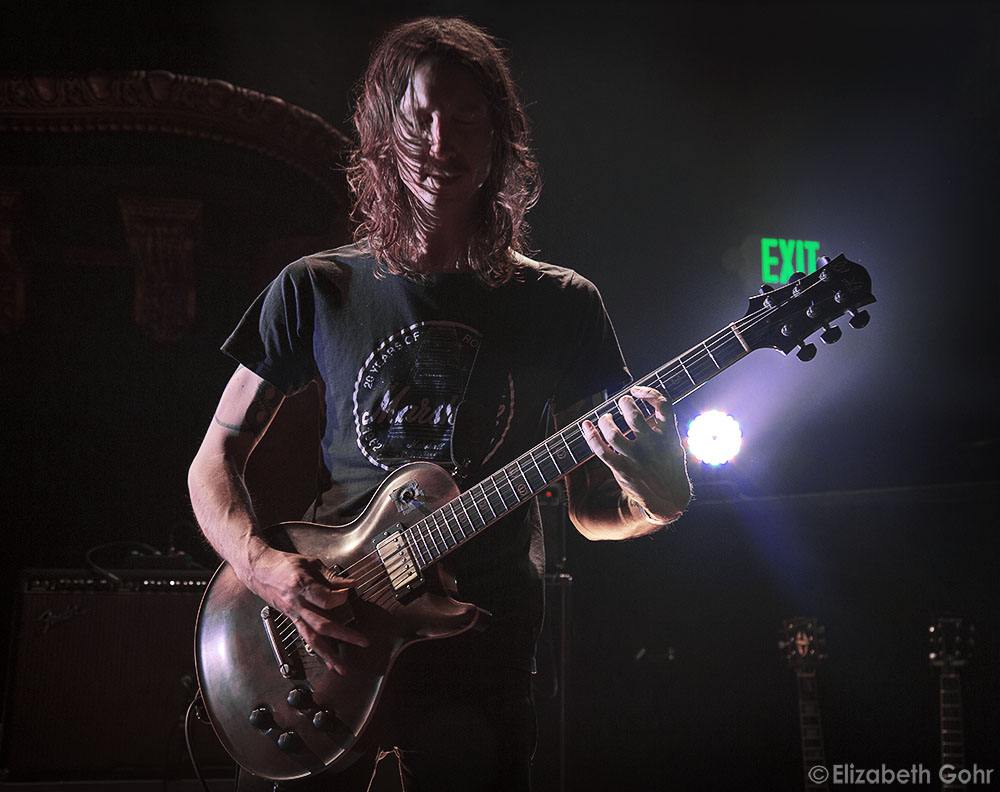 The stage was packed from side to side with amps, pedals, sequencers, synths, and whatever else was necessary for the band to rip through a powerful ten-song set. The sheer complexity and density of these songs was truly something to behold: if one closed their eyes they would swear there were more than three people on stage playing this music, and that the band had to be at least double the size. This was apparent from the opening song, the galloping “Station.” Utilizing a series of looper pedals, Sullivan created a massive wall of guitar sounds, slowly building the song’s intensity throughout. Next up the band raised the intensity even more with the pummeling metal of “Geneva,” a song that rode a tight drum groove from Turncrantz along with some precise basslines from Cook. 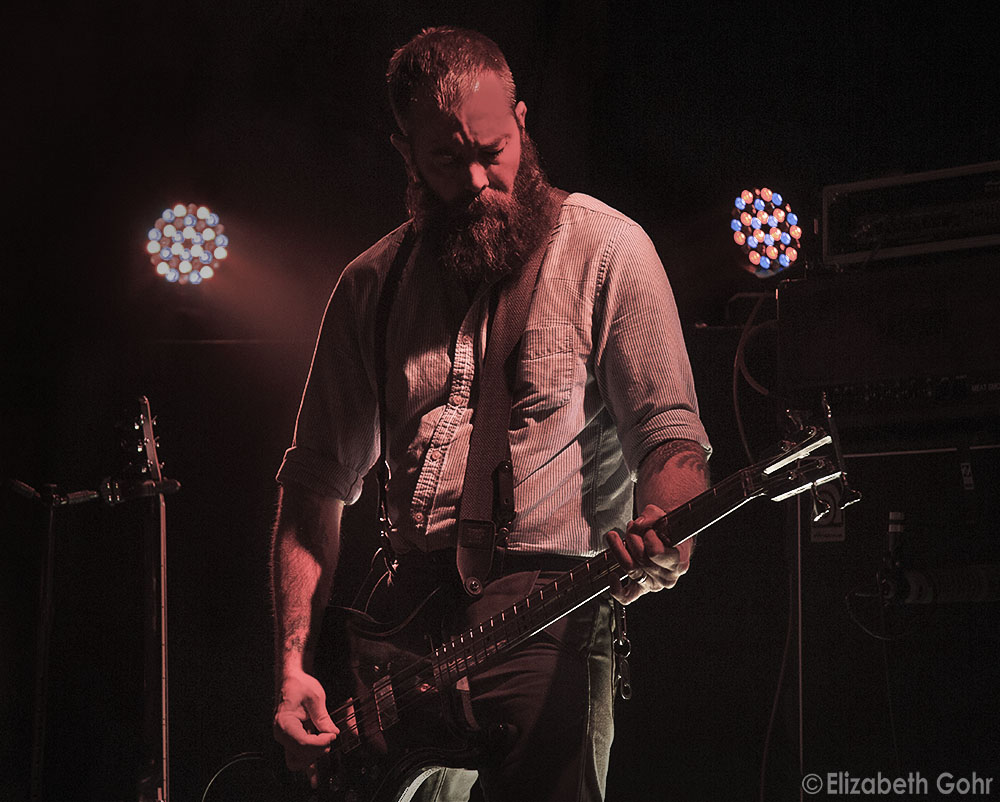 A few songs later Russian Circles tore through an inspired reading of the fan favorite “Harper Lewis,” a slithering piece of biting heavy metal that rides along to a complex bassline and some intricate guitar arpeggios. The band slowed things down a couple songs later, playing through the anthemic and happy-sounding “Ethel.” Driven by a gorgeous major key guitar lick, the song stood out due to its memorable melodic hooks and perfect compositional craft: slowly building and releasing tension. 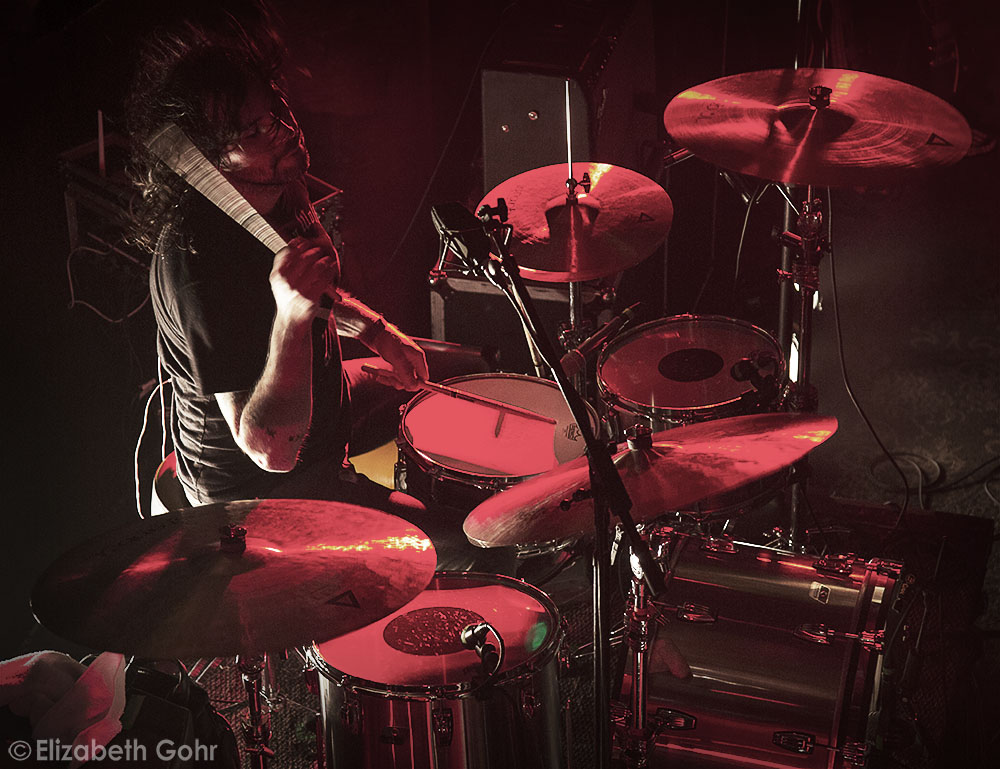 Another standout song was “Mota,” from the groups most recent record Guidance. The song relied on a sweet echo-drenched guitar line and some snappy drumming from Turncrantz to complement a technically proficient bassline from Cook, who had no trouble in covering every part of the fretboard and giving the song plenty of melodic headroom. 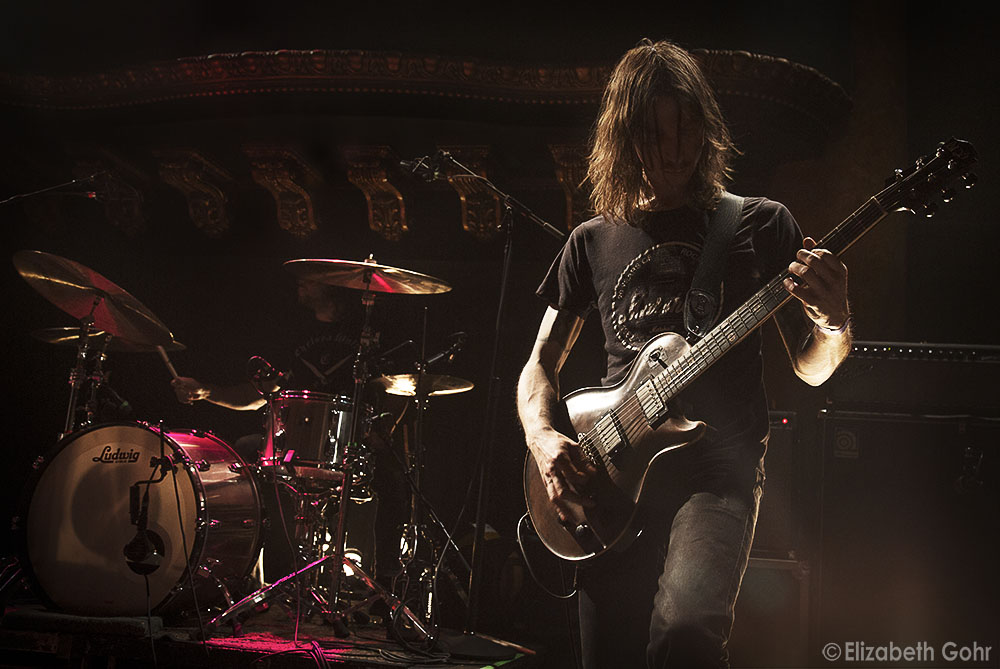 Russian Circles closed out the night with a storming version of the classic “Mlàdek,” a twisting piece of progressive songwriting that blends harsh dissonance with upbeat major key tonality. 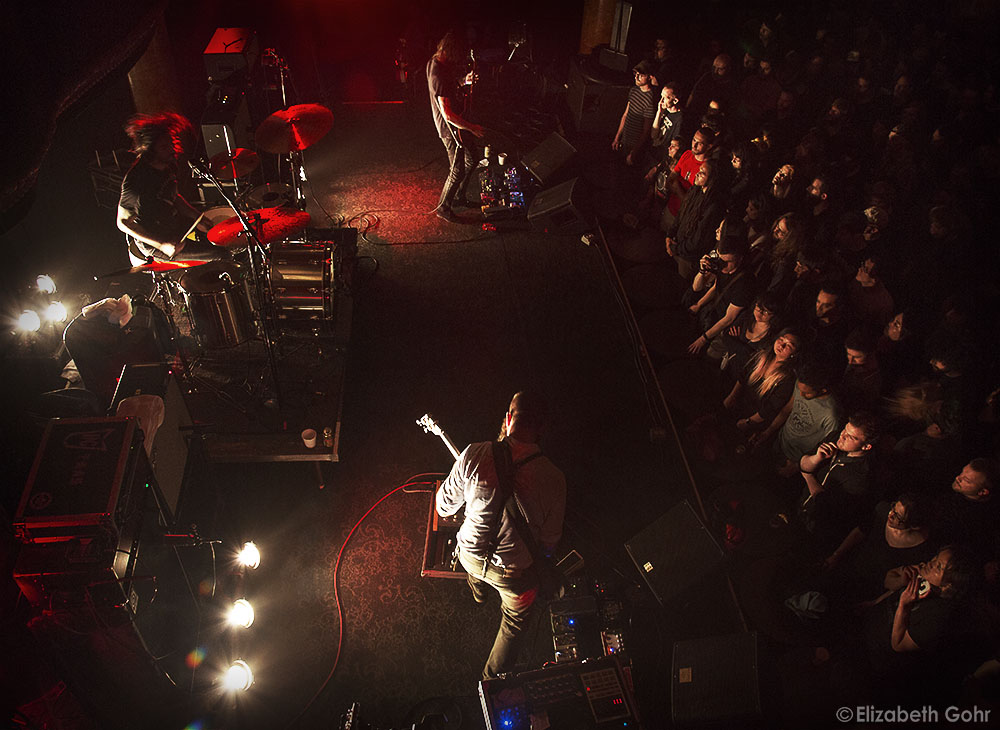 Russian Circles are one of the hottest bands in the rock/metal underground and for a good reason: their music captivates and holds the attention of the audience throughout each lengthy song. To keep fans so interested in the music, and so silent throughout the concert is an impressive feat.

For more information about Russian Circles, check out their website.