Killer Mike stood before the sold out Bill Graham Civic Auditorium the night of July 22nd. Adoring fans clapped and yelled, others were making the iconic “snatching the chain” logo that’s on all three of their excellent albums. He revealed that their show held the largest audience the duo has ever played to. In 2013, rappers Michael Render (Killer Mike) and Jaime Meline (El-P) played to only 500 people in that same venue. The July 22nd show held 7,000. Quite impressive for a group only three records in. 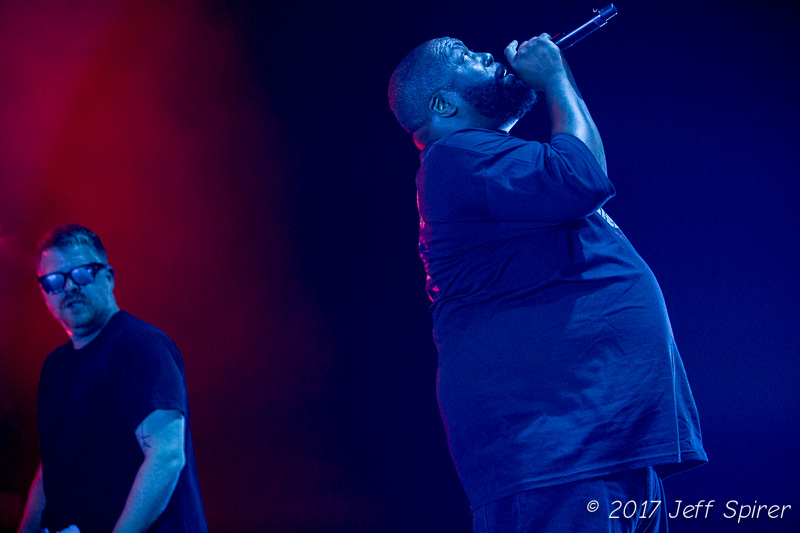 Run The Jewels, hitherto referred to as RTJ in this review, was originally a side project for each rapper. Really, an extracurricular project for Killer Mike to spit some bars and for El-P to flex his producing arm. The results: each rapper’s energy distilled over ten tracks, 33-minutes in length on their self-titled debut. The group, thankfully, stuck together for two more exceptional records. 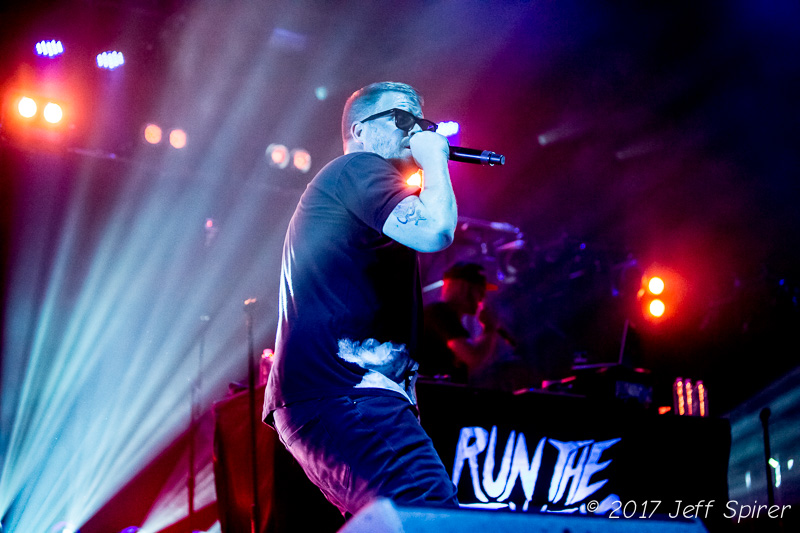 For RTJ fans, the winter of 2016 was “a Christmas fucking miracle” – the duo released the highly anticipated Run the Jewels 3 across all streaming services. The physical release followed shortly after. On RTJ3, both rappers were as fiery as ever, effortlessly trading bars and exchanging anger over the oppressors. “Fear’s been law for so long rage feels like therapy” raps El-P on “Thieves! (Screamed the Ghost).” 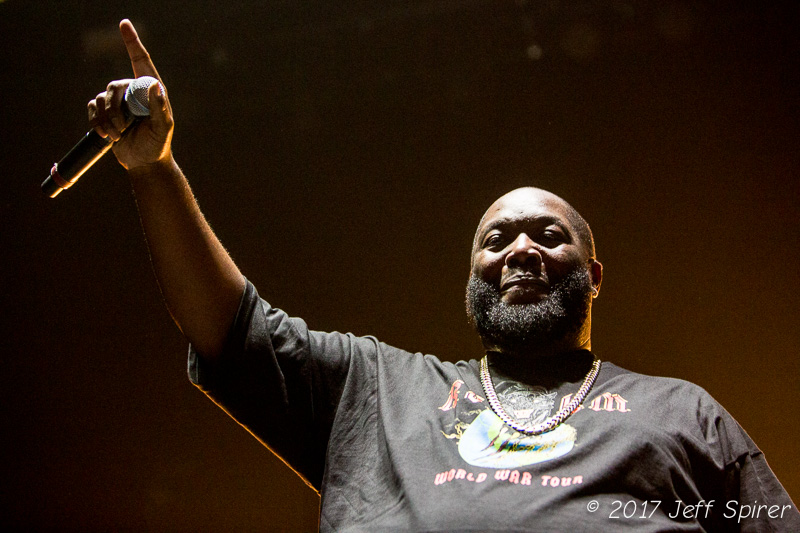 At the Bill Graham Civic Auditorium, the duo were introduced by Queen’s “We Are The Champions,” which is in line with RTJ’s attitudes towards self-love found on tracks like “Panther Like a Panther (Miracle Mix)” with the line “I’m the shit, bitch!” Quickly after, the thumping drums of “Talk To Me” filled the whole room like war drums. Surely, it felt like a battle was about to ensue. Mosh pits quickly formed like hurricanes. As soon as Killer Mike’s lips hit the mic, bodies slammed against each other. The swagger of “Legend Has It” with A-grad RTJ braggadocios cool followed after. “RT&J, we are the new PB&J” said Killer Mike. 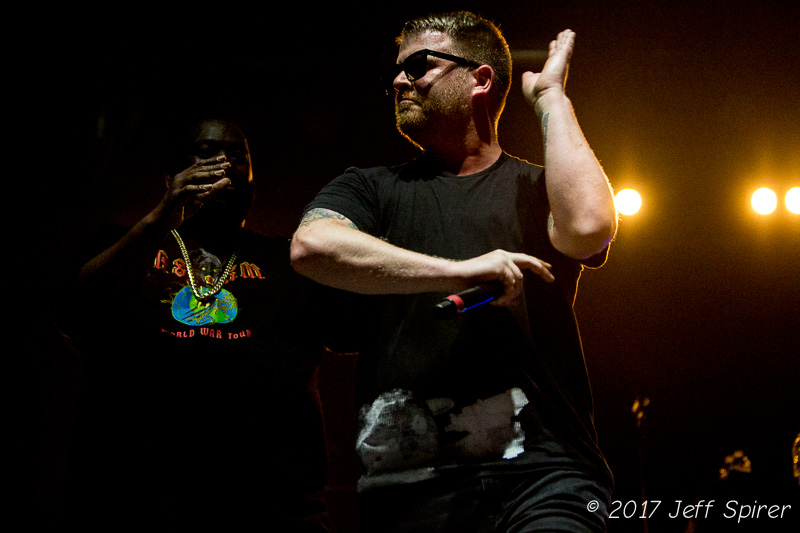 Back-to-back RTJ3 tracks filled their setlist. The pulsating “Call Ticketron” and “Stay Gold” showcased El-P’s finest instrumentals to date. The duo paid homage to the late Chester Bennington of Linkin Park on “Down”, the opener to RTJ3. RTJ1 and RTJ2 were given room as well, “Blockbuster Night Part 1” ignited several more mosh pits and the eponymous hype track “Run The Jewels” was the night’s encore. 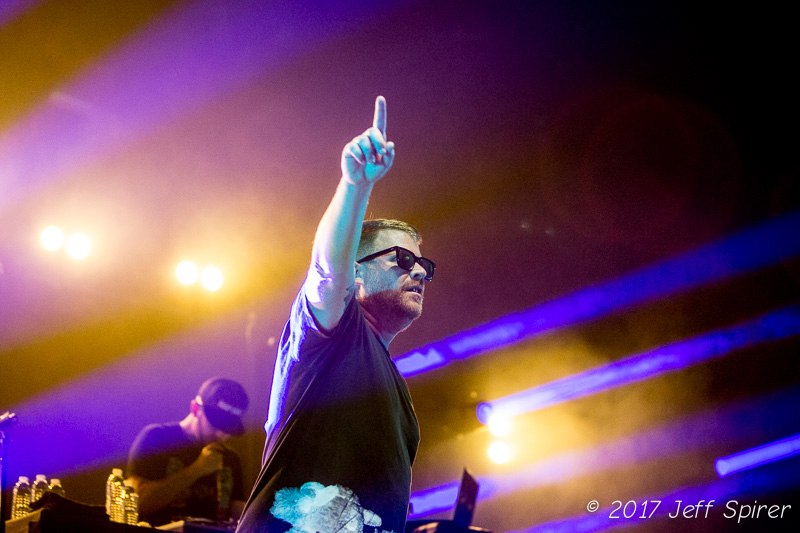 Never was there a dull moment that night. The energy and noticeable affection Killer Mike and El-P have for eachother stands out on record and on stage. They play off each other, finish each other’s sentences even with razor sharp wordplay. 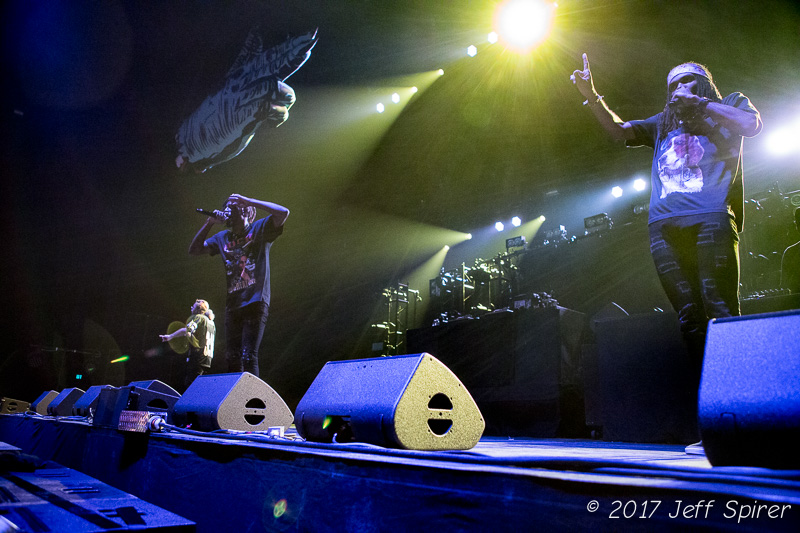 Flatbush Zombies came out from Brookly to open for RTJ with a wild set. With three talented and energetic rappers and a collection of tracks the audience mostly knew, including the “new stuff” they talked about, the Zombies set Bill Graham Civic on fire. The group’s dynamism resulted in a mosh pit breaking out in the middle of the floor, and they quickly encouraged the crowd to get more mosh pits going, which the crowd took to heart. In addition to the pits, there was stage diving and body surfing from the Zombies. On top of all this, the rapping was crisp and exact, with three distinct voices pushing out over the throbbing crowd. 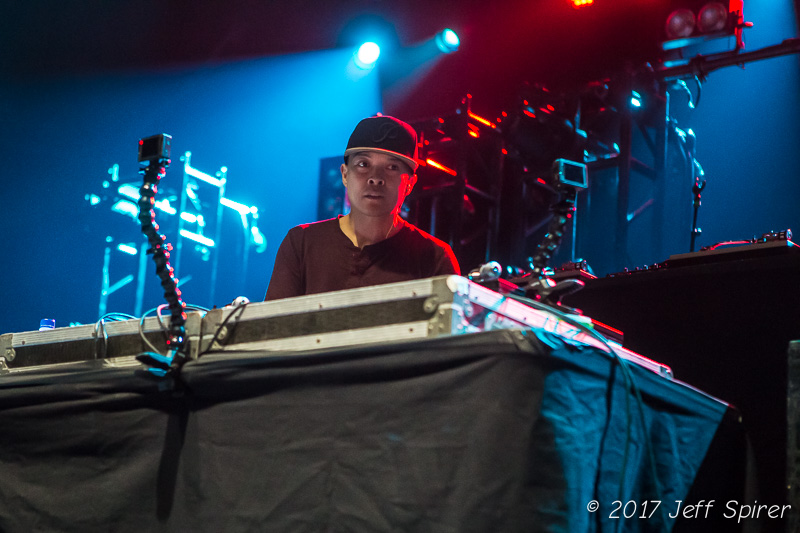 Local legend and turntablist pioneer DJ QBert kicked off the night with a set that showed off scratching skills that defy belief. Qbert can squeeze out sounds off the turntable that sound like an invasion of some giant alien bugs. Ever since he launched with The Invisibl Skratch Piklz in the late 1980s, QBert has been at the top of the DJ game, and his opening set demonstrated that once again.

For more information about Run The Jewels, check out their website.

Check out DJ Qbert on this site.