Fresh off the release of RTJ3, Run the Jewels, wowed a sold out Fox Theatre with firepower chemistry. Their tour is dubbed Run the World and that appears to be the goal. The duo is made up of MC/producer El-P and rapper Killer Mike, both of whom have enjoyed underground success as solo artists. Killer Mike helped uplift Atlanta rap as part of Outkast’s Dungeon Family while El-P was a staple in the New York Indie scene as part of the crew, Company Flow. But their electrifying stage show is due primarily to joining forces. They first met in 2013, collaborated on a couple tracks, and later toured together. Their bromance burgeoned out of a desire to keep it lit while remaining true to their shared, not so status quo roots. 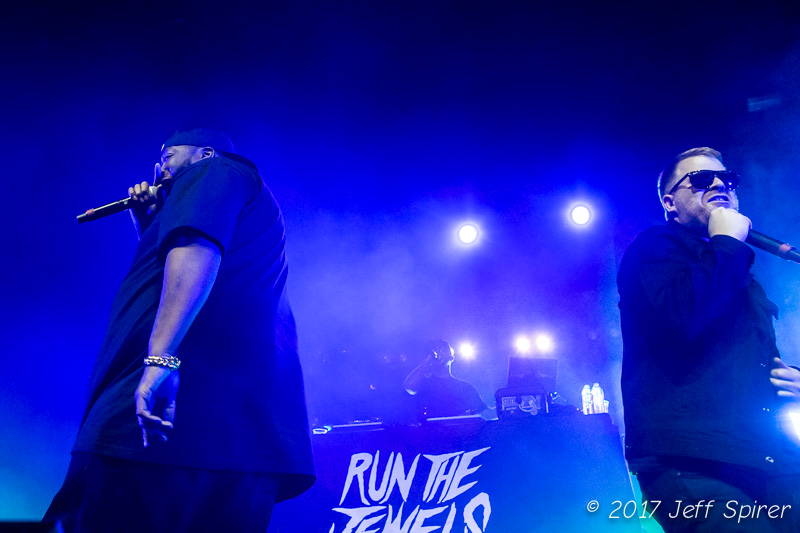 The Fox Theatre audience certainly felt the synchronicity as the two interplayed verses, with lyrical content ranging from middle finger to the system to sex, drugs and sci-fi escapades. El-P’s industrial-sounding instrumentals with frenzied percussion add to the party atmosphere, which made listeners feel willingly caught in an Adult Swim episode. The crowd, made up of mostly late twenty to mid-thirty year olds, knew RTJ’s songs by heart. Whenever DJ Shadow dropped the beat, the sea of fans picked up exactly where the beat left off, screaming a response to the call to the best of their drunken abilities. There’s no denying that RTJ keeps the party going; they literally stole the show and their tour continues to catapult them into mainstream success. 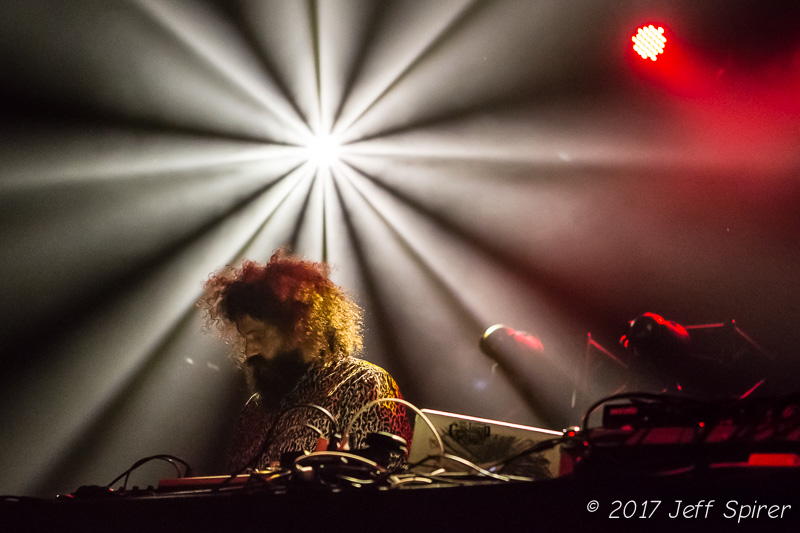 The Gaslamp Killer set the stage for RTJs and DJ Shadow, with his mad scientist style on the ones and twos. Like Killer Mike and El-P, Gaslamp is an example of an out the box hip-hop artist with both talent and longevity. At one point, Gaslamp weaved a bass heavy hip-hop track with traditional Lebanese music, which he dedicated to his grandma. 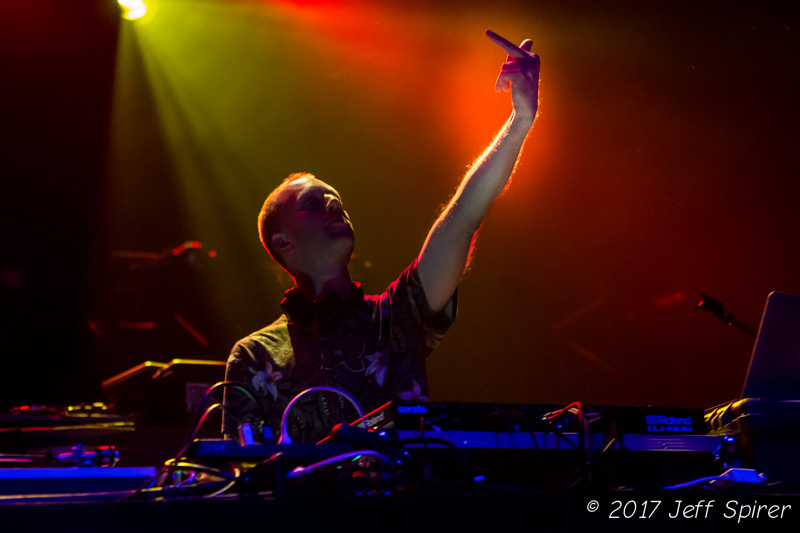 Prior to Gaslamp, Gangsta Boo strode up and down stage in booty shorts, busting about making money and making men bust via her sultry Memphis flow. Cuz opened the entire night. He’s a talented youngin from Atlanta who showed off his lyrical dexterity with a couple a capella verses. DJ Hook, who played “F-Donald Trump” as throngs of RTJ fans filled up the Fox Theatre, backed Cuz. At one point DJ Hook asked a visibly ecstatic audience member to get on stage and make a live beat from scratch. The night was truly turnt!

Here’s a slideshow of photos of RTJ, Gangsta Boo, Cuz, and DJ Hook by Jeff Spirer:

Setlist: We Are the Champions (Queen cover) | Talk To Me | Legend Has It | Call Ticketron | Blockbuster Night, Part 1 | Oh My Darling Don’t Cry | Nobody Speak (DJ Shadow cover) (with DJ Shadow) | Hey Kids (Bumaye) | Stay Gold | Don’t Get Captured | Panther Like a Panther | Everybody Stay Calm | Love Again (Akinyele Back) (with Gangsta Boo) | Lie, Cheat, Steal | Early | Run the Jewels | A Report to the Shareholders | Down | | Close Your Eyes (And Count to Fuck)

Find out more about Run The Jewels here.

Learn all about Gangsta Boo on her Facebook page.