“It feels good to be home,” remarked Rancid frontman Tim Armstrong as the band took the stage Sunday night at Berkeley’s Greek Theater. The legendary punk rock band, originally from the East Bay, made a triumphant return on their From Boston to Berkeley Tour with Dropkick Murphys. 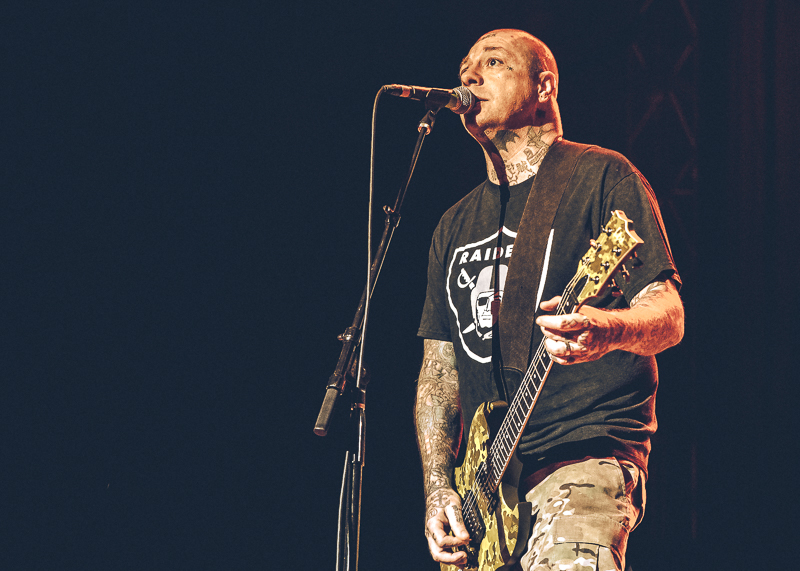 Rancid brought the raw power of their thrashy punk rock for the duration of their set, urging the crowd to slam around in the circle pit and take to the air to crowd surf. Beginning with the surging “Radio,” Rancid ripped through a warp speed twenty song set. In the environment of Berkeley, many of these songs took on a different level of meaning, with songs such as “East Bay Night,” “Telegraph Avenue,” and “Journey to the End of the East Bay” crackling with upbeat energy. The band is anchored by the aggressive instrumental interplay between bassist Matt Freeman and drummer Branden Steineckert, who add in a loose, swing element into the group’s punk attack. The set alternated between new songs and old songs, with Rancid managing to surprise the crowd with a couple of hidden gems from their early period such as the rocking “Salvation.” Driven by the dual guitar chugs of Armstrong and Lars Frederiksen, the song is an instant sing-along. 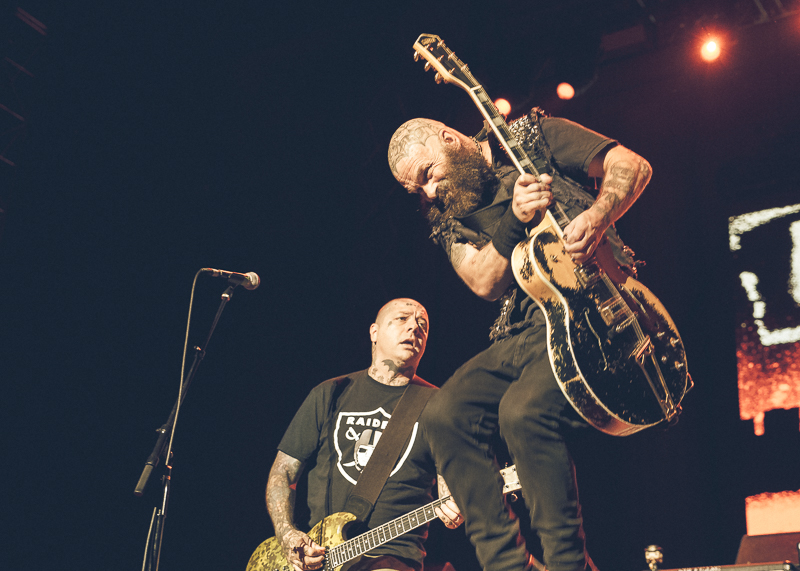 A few songs later Frederiksen recounted a story about how he and Armstrong wrote a song together while they were broke and destitute in New York City in the early 1990’s before launching into the opening riff of “Olympia WA,” one of their most well-known anthems. With a limber bassline from Freeman, the song’s sing-along qualities was amplified by the crowd as they eagerly sang along to every single line. 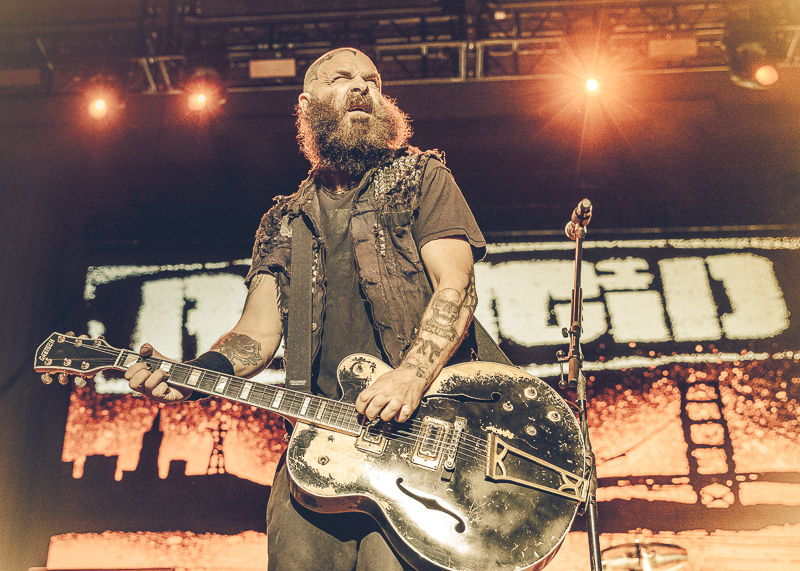 To close out the regular portion of their set, Rancid played an inspired version of “Ruby Soho” from their legendary …And Out Come the Wolves album. The song is based around a catchy and anthemic chord progression and a powerful sing-along chorus which crackled with energy as the packed crowd sang along to every word. It was a fitting way to close out a tight set of rampaging punk, but the night was not over just yet. 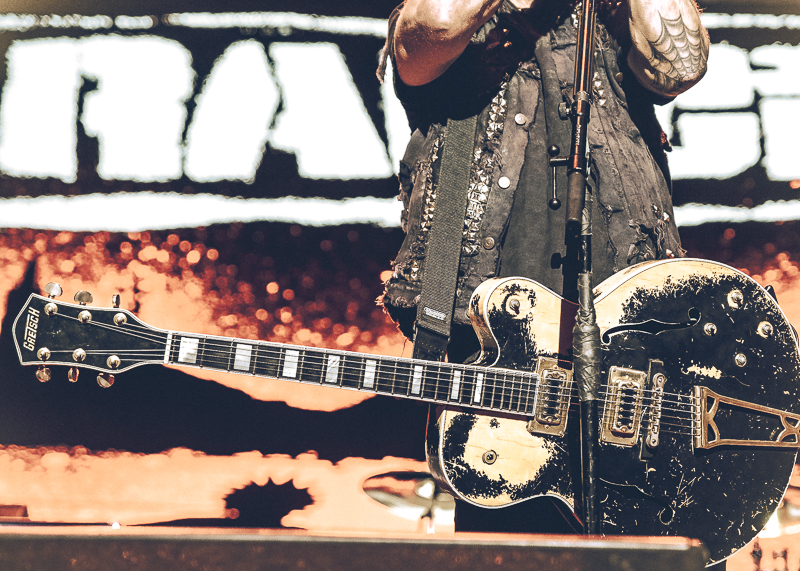 For the encore, Armstrong came on stage with his acoustic guitar to play a rendition of the Johnny Cash staple “Folsom Prison Blues” only to have the rest of Rancid and Dropkick Murphys come on stage to push the song into full-on rock mode. As the song ended, Frederiksen shouted “Who wants to hear some Ramones?” as everyone on stage launched into a furious rendition of “Cretin Hop.” The bands then finished with two more inspired covers, one of Sham 69’s upbeat “If the Kids Are United” and the snarled “Take ‘em All” by Cock Sparrer.

It was a triumphant way to close out a great night of music, and it had extra special meaning considering Rancid’s origins in the East Bay punk scene. After 25 years of making exhilarating punk rock, Rancid is still at the height of their live powers. 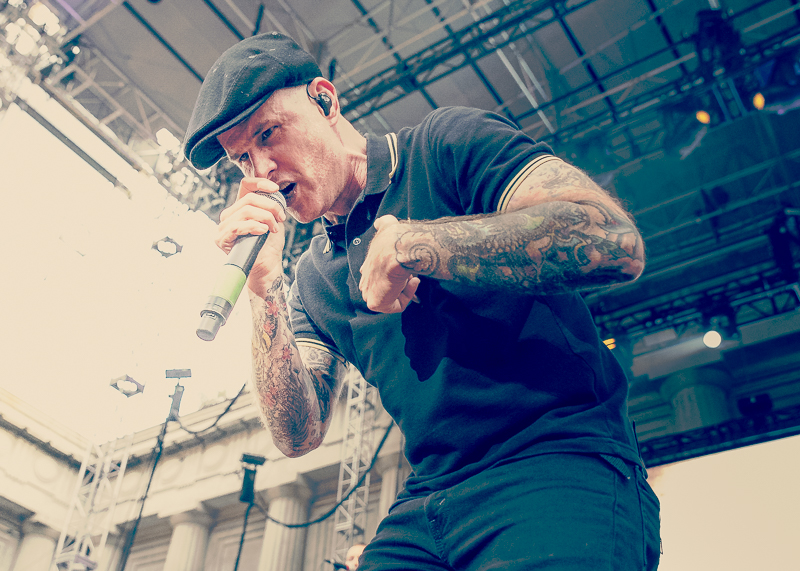 Dropkick Murphys opened the night up with a furious blast of Celtic punk that incorporated traditional Irish music and instruments into the sonic tapestries of a rock band. Beginning with the surging fury of “The Lonesome Boatman,” Dropkick Murphys ripped through a 16-song set that spanned their entire 20-year career. The blend of traditional acoustic instruments such as the banjo, the bouzouki, the accordion, and the bagpipes give the songs a harmonic dimension not present in typical American rock music. 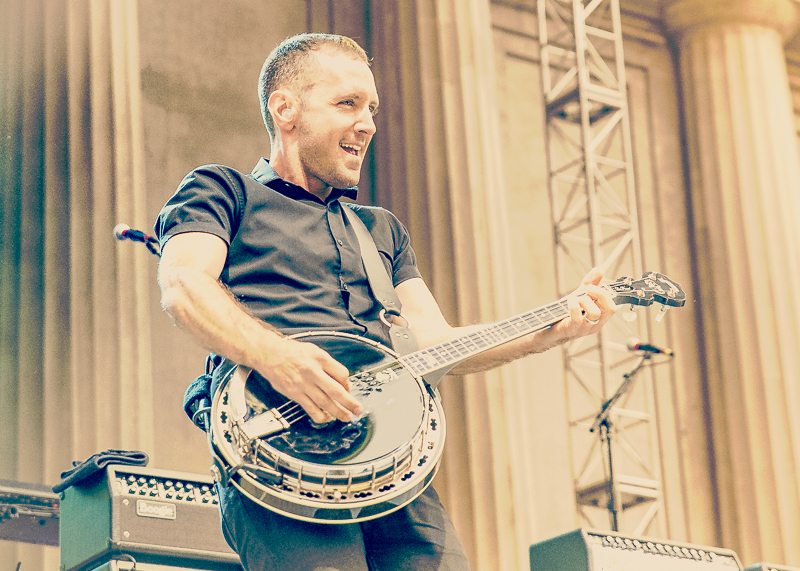 Led by the howl of lead singer Al Barr, the band ripped through some of their most well-known material, including the stomping “Rose Tattoo.” The band saved the best for last as their penultimate song of the night was their anthem “I’m Shipping Up to Boston” a roaring track that was kicked off by a catchy bit of banjo playing from Jeff DaRosa before launching into in pure anthem mode.

For more information about Rancid, check out their website.

Setlist: The Lonesome Boatman | The Boys Are Back | The Gang’s All Here | I Had a Hat (traditional) | Rebels with a Cause | Johnny, I Hardly Knew Ya | Prisoner’s Song | Blood | Barroom Hero / Do or Die / Never Alone / Boys on the Docks | Curse of a Fallen Soul | Out of Our Heads | Rose Tattoo | The State of Massachusetts | Going Out in Style | I’m Shipping Up to Boston | Until the Next Time