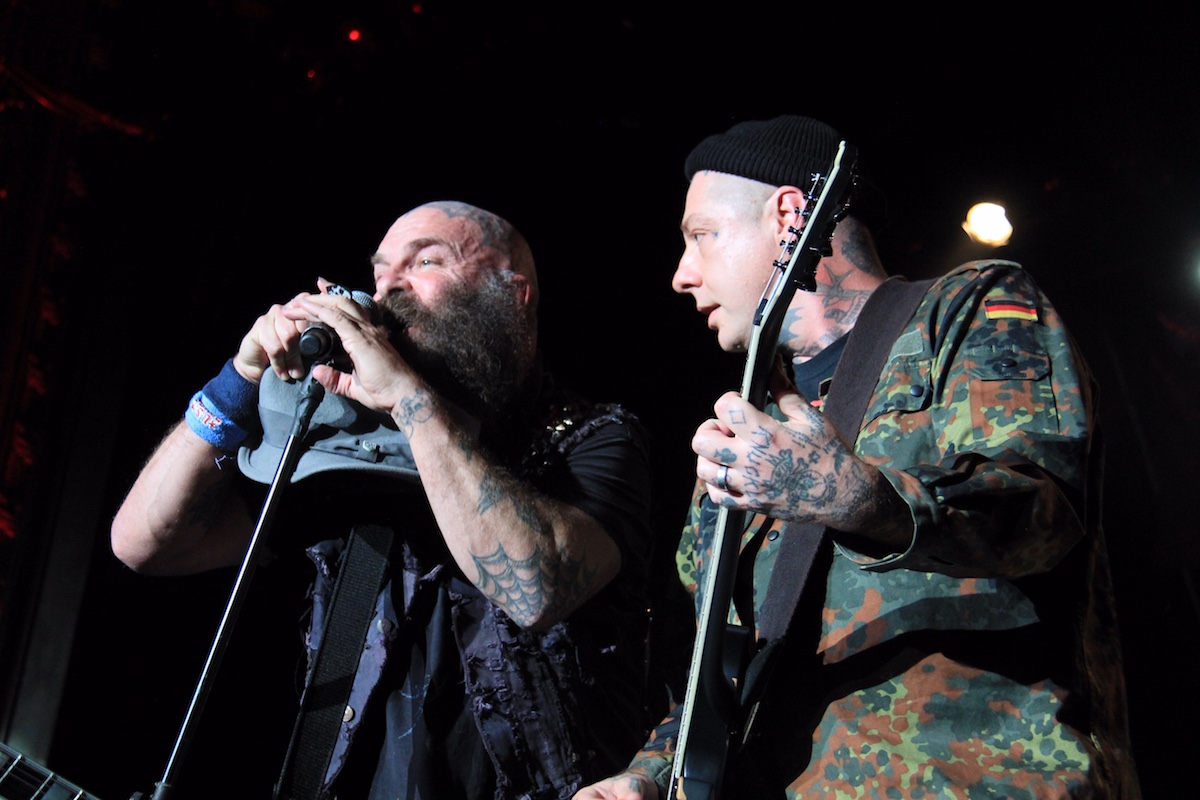 A massive sea started to pit as Rancid played their opening track — which was co-written by Green Day’s Billie Joe Armstrong — “Radio” (Let’s Go, 1994). The band honored the hits that made them local legends, next playing “Roots Radicals” and “Journey to the End of the East Bay.” 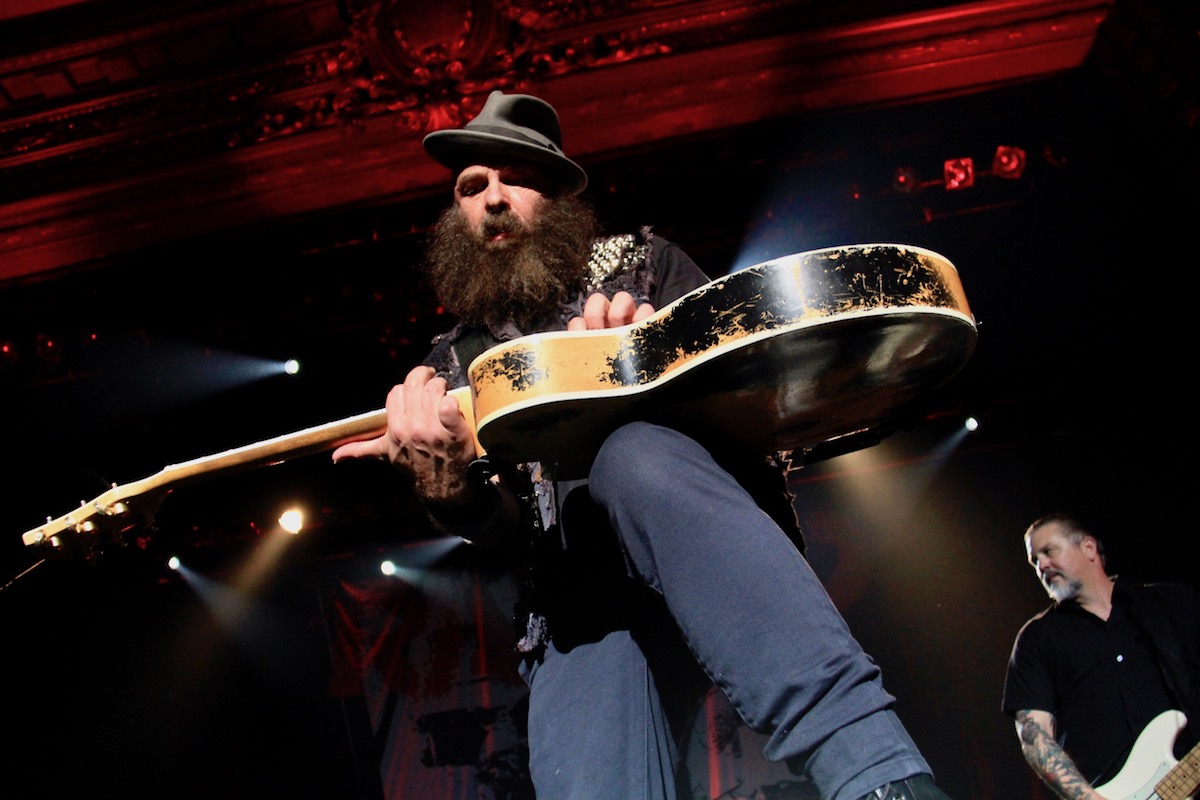 Tim Armstrong leaned forward and strummed his guitar before a blown-out backdrop of the …And Out Comes the Wolves album cover. His half-cocked hat covered a bald head, and you could see him grin behind his massive, scraggly beard. Guitarist Lars Frederiksen hopped atop a speaker, a spotlight shone bright on his tattooed face. Jumping back, he started singing as bassist and founding member Matt Freeman jammed on the opposite side of the stage. 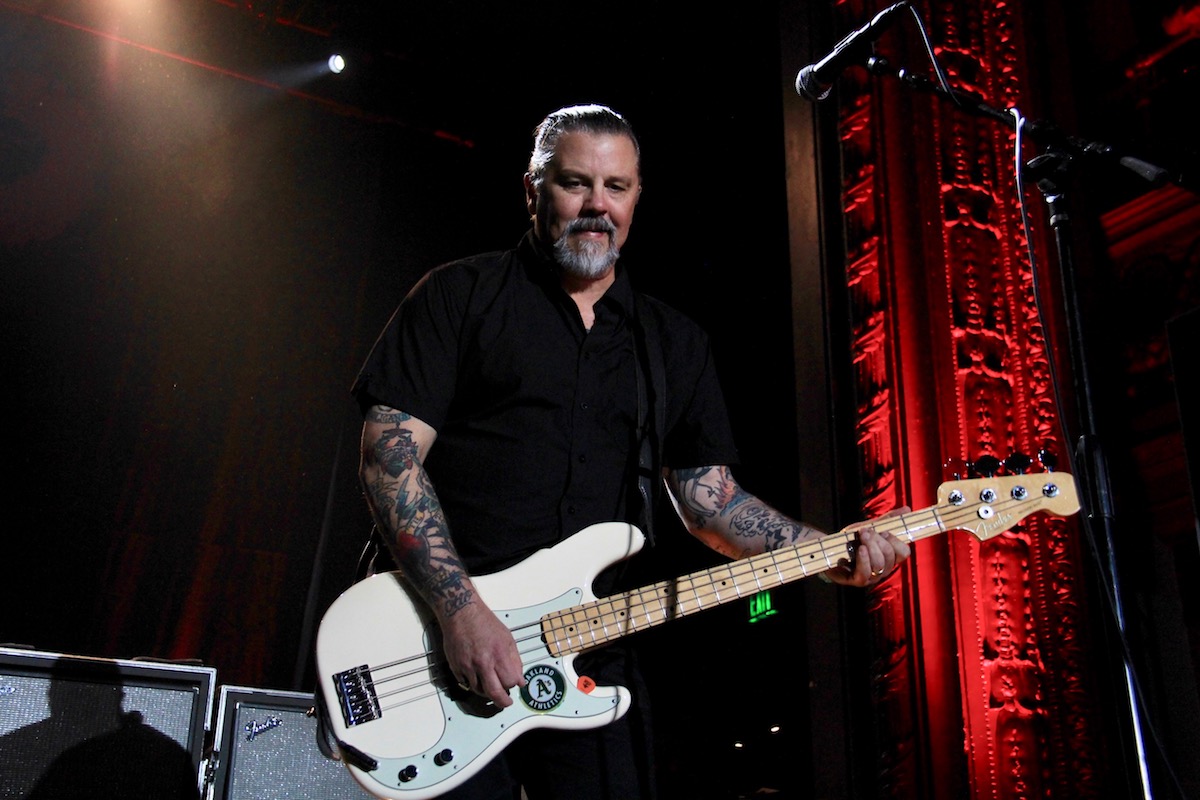 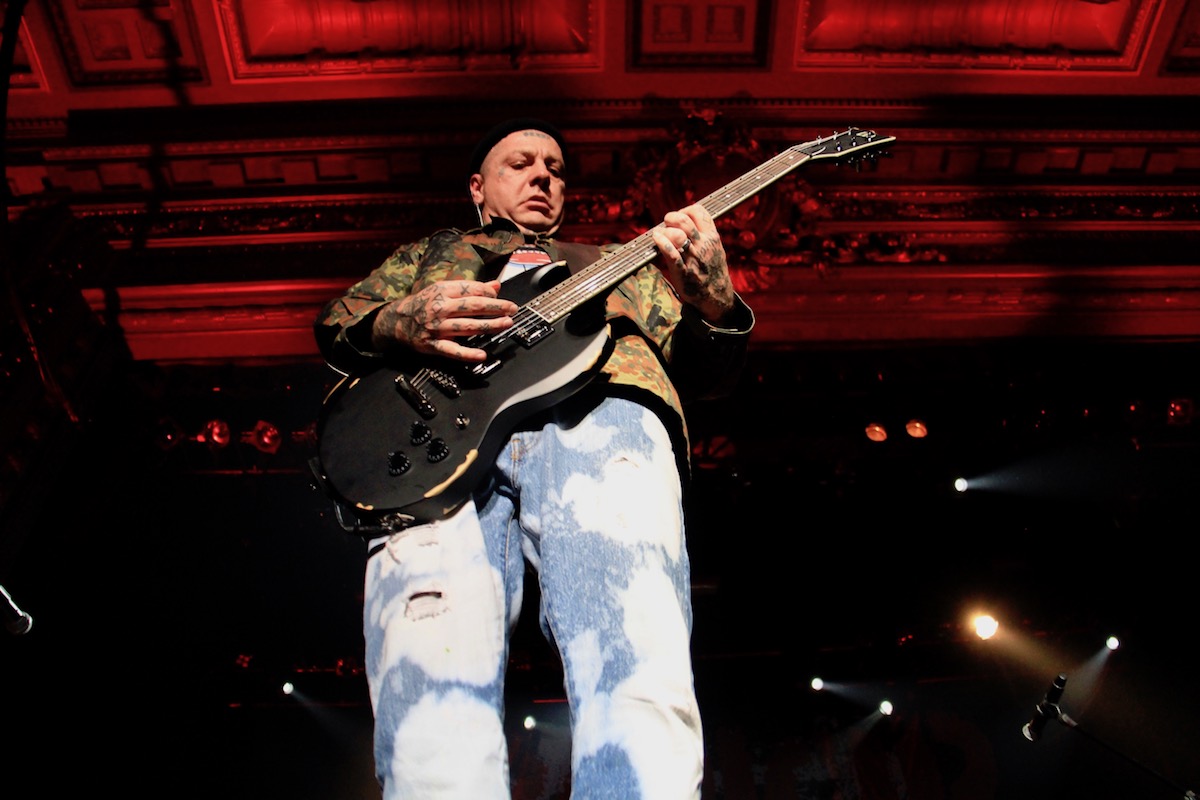 The band has a “blood is thicker than water” mentality and stay true to their DIY roots. It’s landed them a devout set of fans — master of horror Stephen King was even spotted at their show last year in Maine. Rancid writes the music they want to write and don’t abide by anyone else’s rules. It’s also true that Frederiksen and Armstrong struggled with alcoholism and drug addiction — just listen to the lyrics: “I was down on my luck, workin’ for Salvation Army/The shelter where I reside” — “Salvation,” Let’s Go. 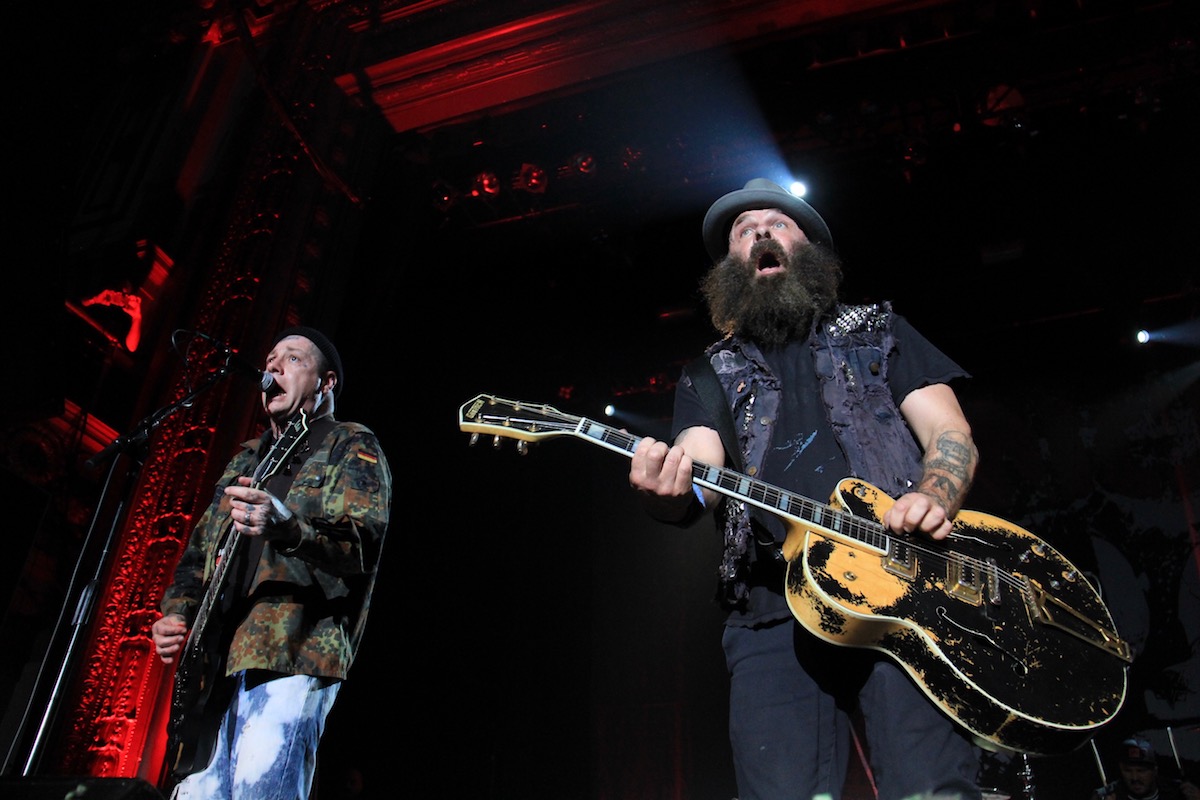 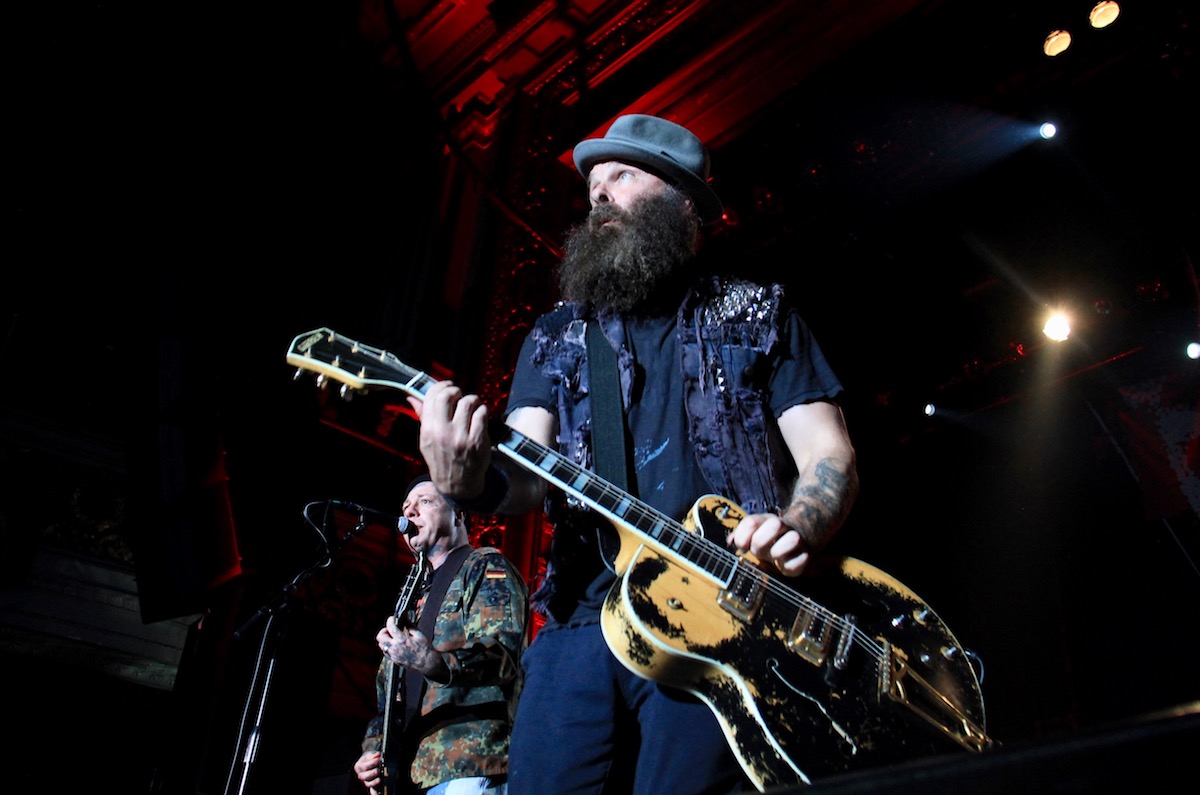 Frederiksen got sober with the help of his bandmates and utilized Ohlhoff Recovery Programs, which have supported people struggling with substance abuse for more than 60 years. 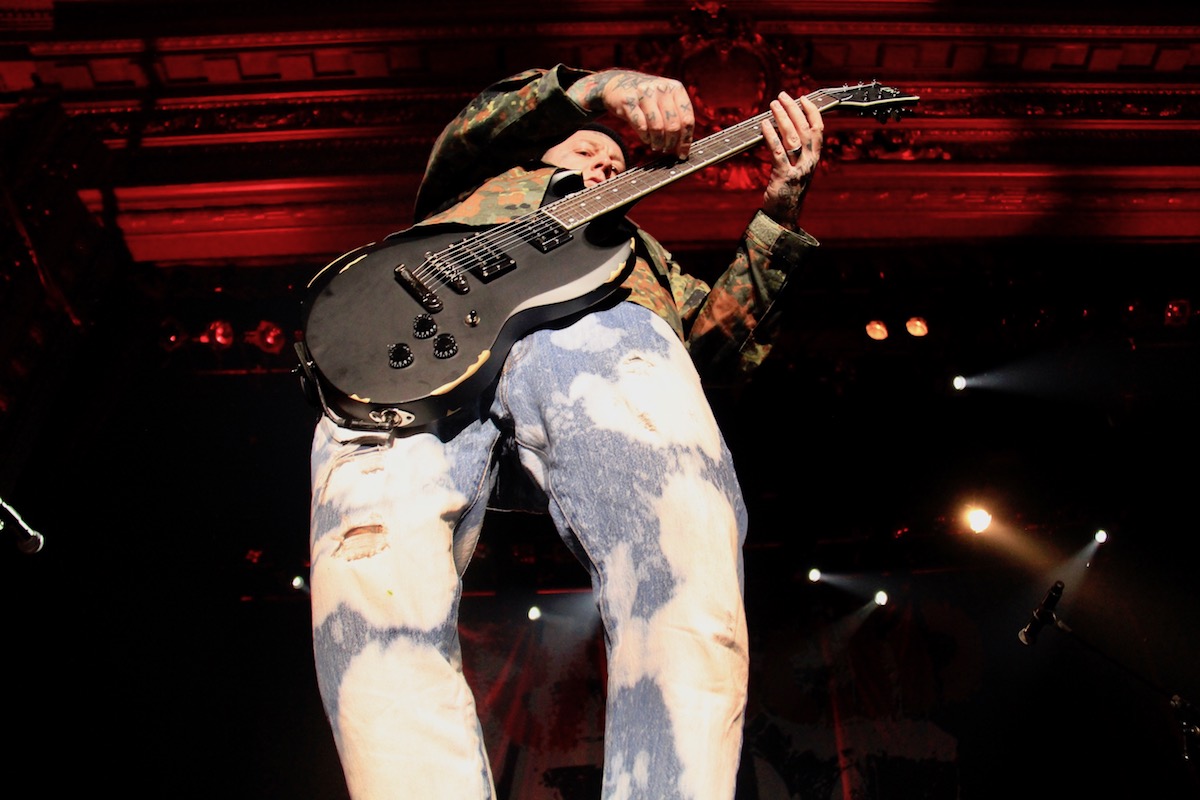 “The one thing about the Ohlhoff house is they don’t care about any of that shit. The only requirement, as is in punk rock, is you got to be you,” he said. “It doesn’t matter your politics, who you want to sleep with, the color of your god damn skin, whatever God you pray to. We don’t give a shit. And like I said, this disease doesn’t give a shit either.”

Rancid has always been connected to their community. They started out playing gigs at Gilman, an all-ages, collective venue in Berkeley that’s known for inducing the nineties punk revival. Rancid’s precursor Operation Ivy (founded by childhood pals Armstrong and Freeman) also got its start at Gilman in the late eighties. 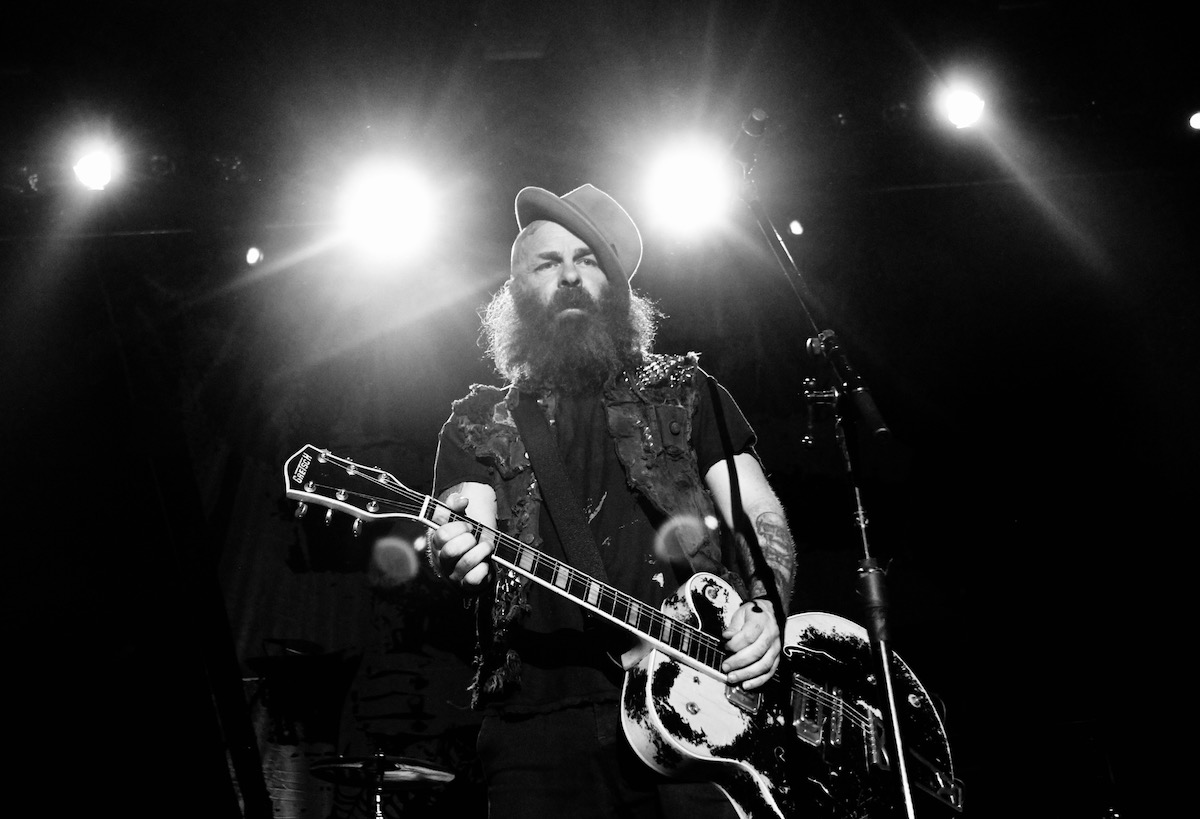 When the band broke up, the duo started a slew of ska and hardcore punk bands before starting Rancid in 1991. Within a year they released an EP and were signed to Epitaph Records (they remain indie-run, even rejecting Madonna’s offer to sign them to Maverick), debuting their first self-titled album in 1993. Frederiksen (UK Subs) joined the band in 1994; later Branden Steineckert (The Used) joined as drummer. 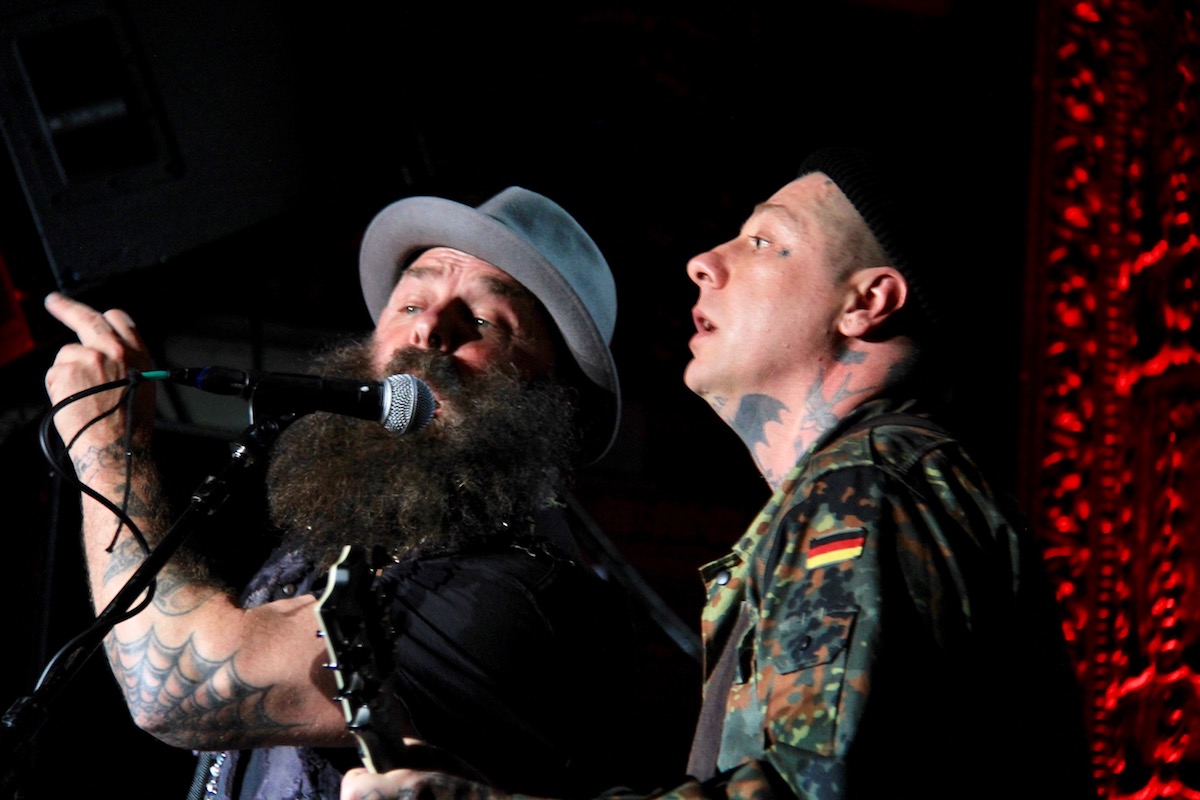 Playing tracks from their latest album Trouble Maker, fans headbanged and danced along to “Telegraph Avenue” and “Ghost of a Chance.” The record’s 17 songs last only 36 minutes and touch upon contemporary political turmoil as well as the band’s love for each other and the streets of the East Bay. And just as the crowd got a taste of the new stuff, they started playing songs from their nine-album catalog. 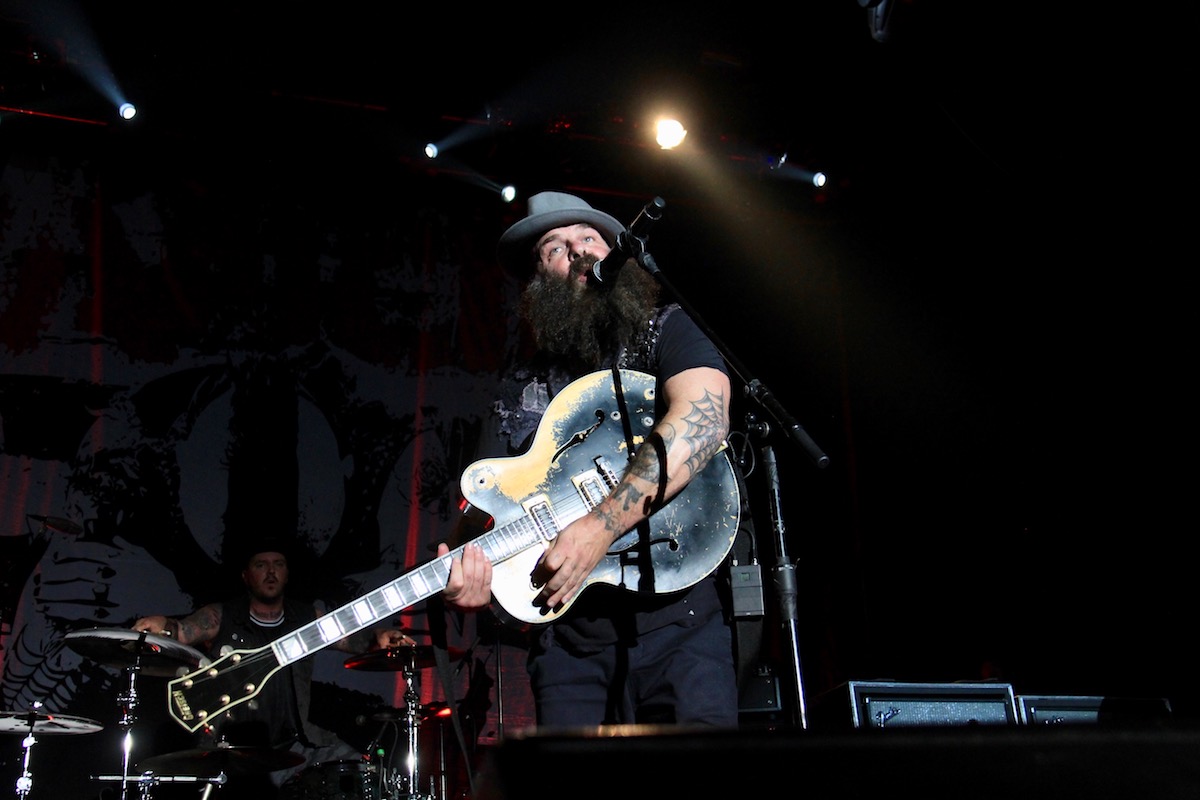 A few plucks of the bass, and the crowd went nuts for “Maxwell Murder” (…And Out Comes the Wolves). The song addresses a kid who sold drugs outside of a Berkeley crash pad where Armstrong lived. A thick, humid sweat-cloud filled the room by the time they played “Time Bomb” — a reggae-rhythmed track that toasts a well-dressed friend (“Black coat, white shoes, black hat”) who used to rescue Armstrong from detox. 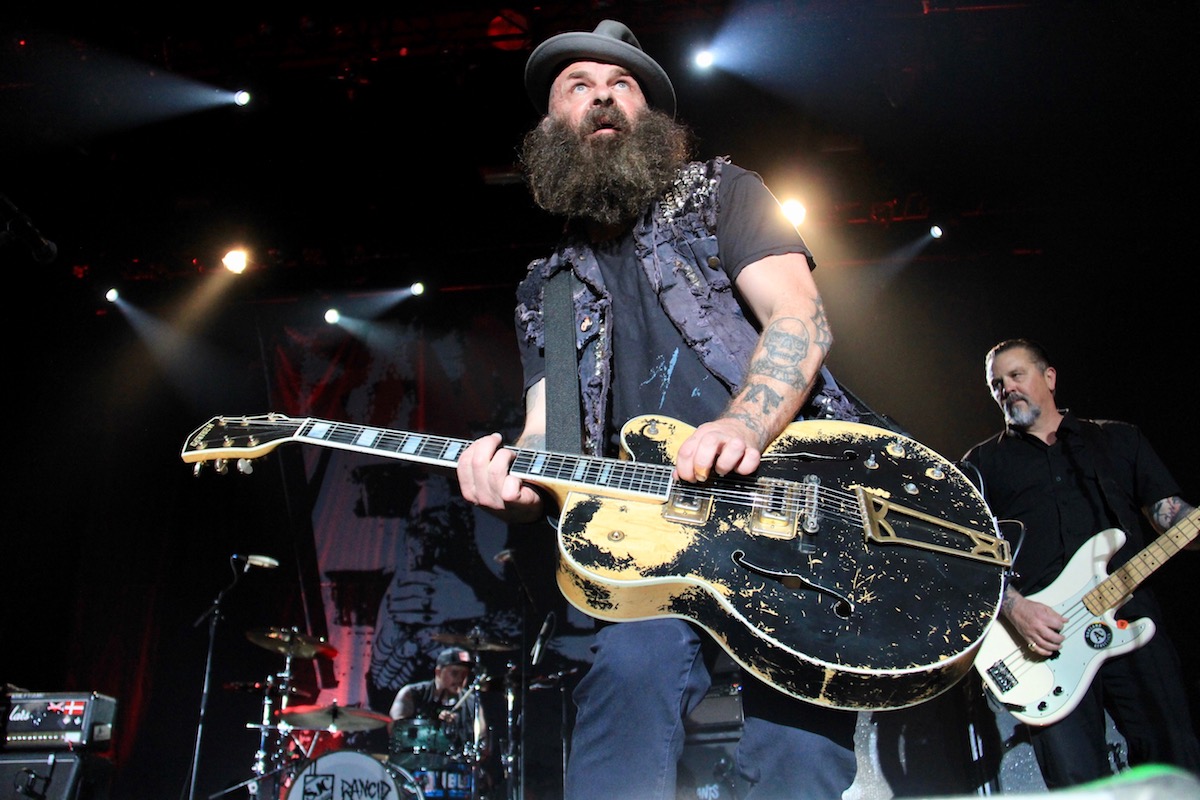 Closing with style, Rancid graciously thanked the crowd for their love and support before a massive pit circled Regency’s floor for their closer and biggest hit, “Ruby Soho.”

San Jose legends The Faction opened. Pioneers of the eighties skate punk era, The Faction are known as “music by skaters for skaters.” A cross-legged Frederiksen sat in front of the bass drum, watching his pals play classics like “Get Cokes,” and “The Kids Are the Future” before hugging it out, walking off stage, and watching them close with “Skate & Destroy” from the sidelines.

Public Safety and Deseos Primitivos also opened up the night.

Setlist: Tongue Like a Battering Ram / Being Watched / Pegged for Life / Friends and Enemies / Dark Room / I Decide for Me / Lost in Space / Corpse of Disguise / The Kids Are the Future / Let’s Go Get Cokes / California Dreamin’ / Skate & Destroy

All the dirt on The Faction can be found here.

Check out Deseos Primitovos on their Bandcamp page.

Everything you wanted to know about Public Safety is here.