On Friday, March 10th, a crowd of about one hundred sat comfortably in chairs atop the third floor of The Regency Ballroom. They gathered to see Pussy Riot. They chatted quietly. There were no opening acts. There were no mosh pits. Nobody in the audience danced till they were sweating bullets. The event actually began with an air of calm, which was abnormal for a Friday night in San Francisco. Pussy Riot’s latest tour is called Pussy Riot Theatre: Revolution. And, as the name suggests, it’s a theatre performance as opposed to your typical punk show. 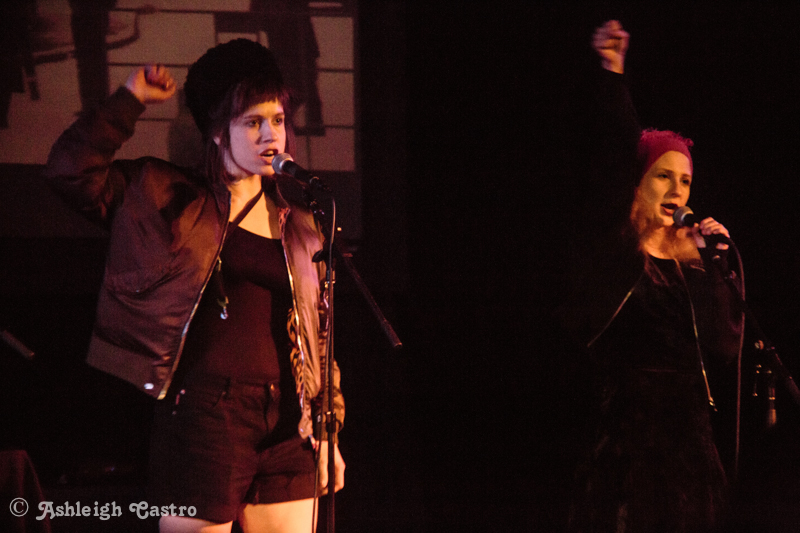 Yet, the rage certainly surfaced as Pussy Riot began the musical-theatre piece, detailing the dangers of being a feminist band in Russia. There was one strange hiccup in which a man came on stage and interrupted the first song. Was that the producer, Alexander Cheparukhin? Was that a performance-piece on Patriarchy? It was hard to tell. Later, Pussy Riot members transitioned into opening songs accompanied by AWOTT (Asian Women on the Telephone). AWOTT supported with instrumentals, dance moves and detailed dialogue. 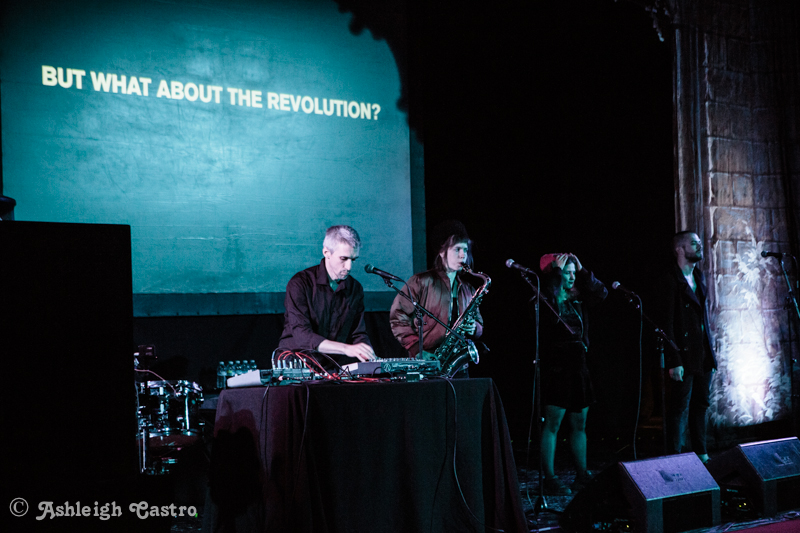 The show was definitely dense. It was in essence a spoken word account of Pussy Riot’s guerrilla performance protests and the harsh criticism they received in Russia. It felt a bit like watching your best friend’s graduate thesis—too much information, but you love your friend so you keep watching. 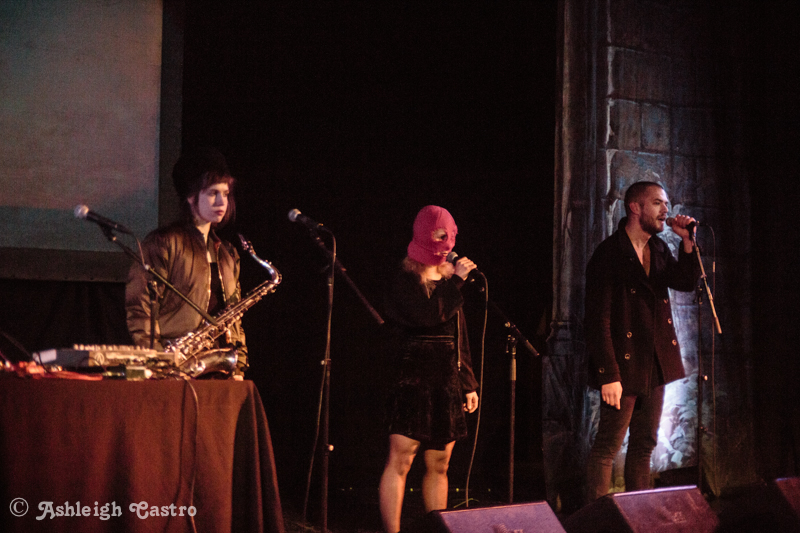 Although the band spoke entirely in Russian, the audience was able to decipher what was said via subtitles projected onto a screen behind the band. Speaking of the screen, there was also interesting video footage, shot by Taisa Krugovykh. Fans watched clips of Russian citizens protesting in the streets, of Putin looking solemn and foreboding. These images were combined with Pussy Riot’s lyrics, calling the politician, “the dustbin of history.” 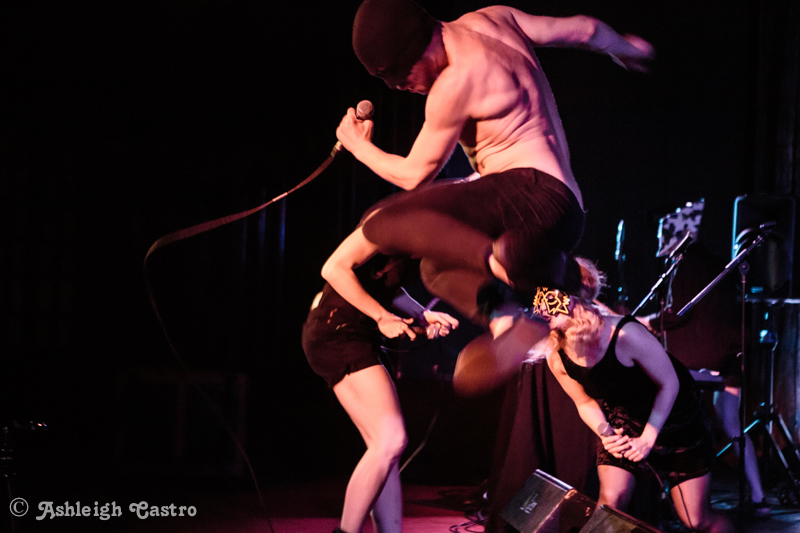 As the show progressed, the audience was provided with an in-depth journey into life under Putin’s rule: the lack of separation between church and state, fraudulent elections, strict gender roles and, of course, absolutely no feminism. Later, Pussy Riot detailed smuggling supplies into taboo spaces, eluding police, throwing away cell phone sim cards and never giving names to police. Was this a message to U.S. citizens to get on their level? And even later, the audience watched as Pussy Riot was charged with “banal hooliganism” for a forty-second protest in a Russian Orthodox Church. The infamous stunt cost band members, Maria Alyokhina and Nadezhda Tolokonnikova, a two-year prison sentence. 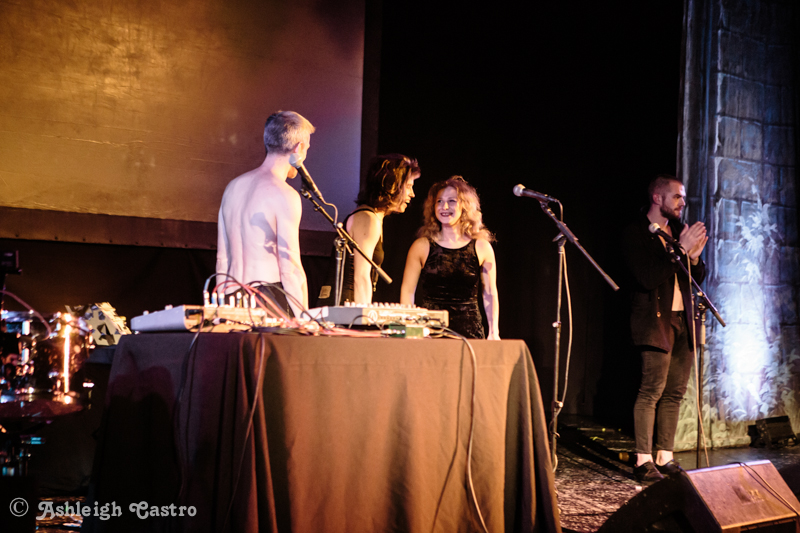 The show concluded with Maria Alyokhina’s personal account of her trial and incarceration—the biased Russian media, the ridiculous prosecutor and the dismal conditions she endured in prison. Yet, this part of the theatre was still viewed from the lens of Feminism as Alyokhina explained, “there is no strict hierarchy in women’s prisons.” The set concluded with an audience Q and A and a nod to Alyokhina’s book “I Felt Free,” which will be published in the summer.