After being postponed for two weeks due to poor air quality from the recent North Bay fires, the Bay Area date of the first Punk in Drublic Festival took place at the Concord Pavilion this past weekend and proved to be well worth the wait. 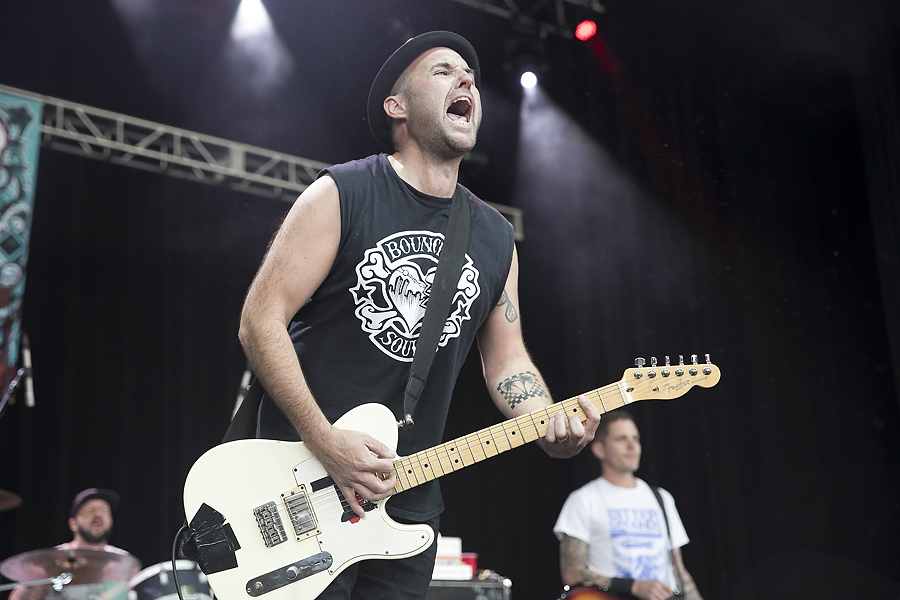 Soon after the gates opened, the concourse of the Pavilion was packed with punks enjoying the free beer samples. With over twenty different local breweries taking part, there was plenty to choose from, including 21st Amendment, Speakeasy, Faction Brewing, and Calicraft to name just a few. And although the sample glasses were only a couple of ounces, more than a few in attendance seemed to be enjoying themselves just a bit too much, not that that’s a bad thing, especially on a Sunday afternoon. 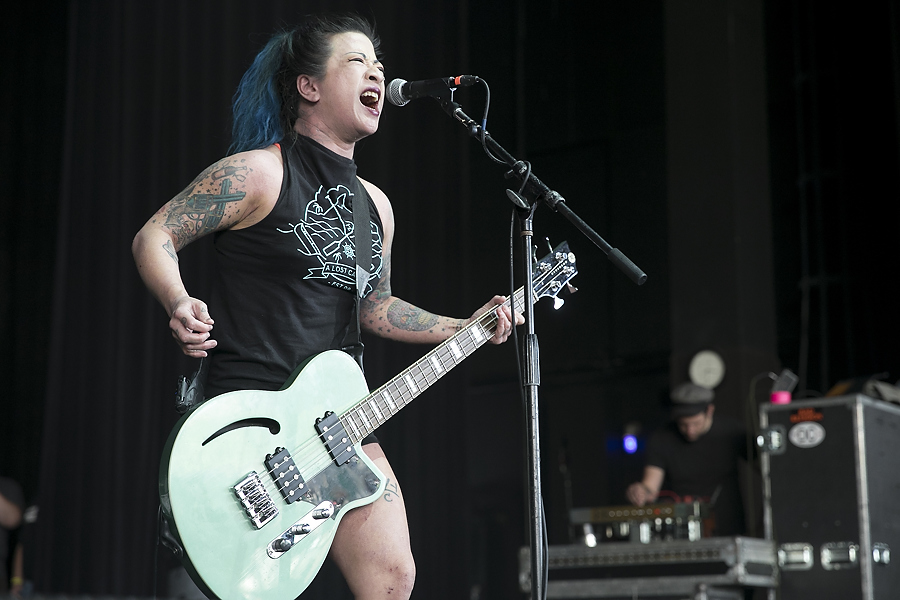 With just about as perfect weather as you could ask for, the music kicked off with San Francisco based Get Dead, who had the dubious task of getting the crowd away from the beer tents, and down towards the stage. It took a song or two, but they definitely succeeded. Picking up right where Get Dead left off, Los Angeles-based BadCop Bad Cop took it up a notch, and brought the rest of the crowd to the front of the stage with their stellar set of old-school inspired punk rock, led by Stacey Dee, also of San Francisco’s Angry Amputees. 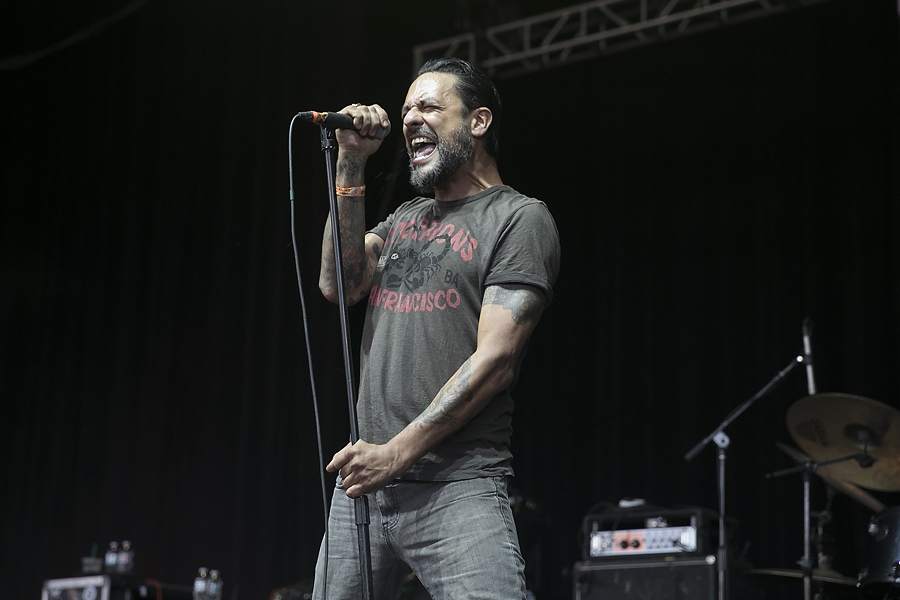 After the afternoon got a little retro with the Mr. T Experience, So. Cal’s Strung Out set proved to be the highlight thus far, complete with a rocking punk rock cover of Ozzy Osbourne’s “Bark At The Moon.” 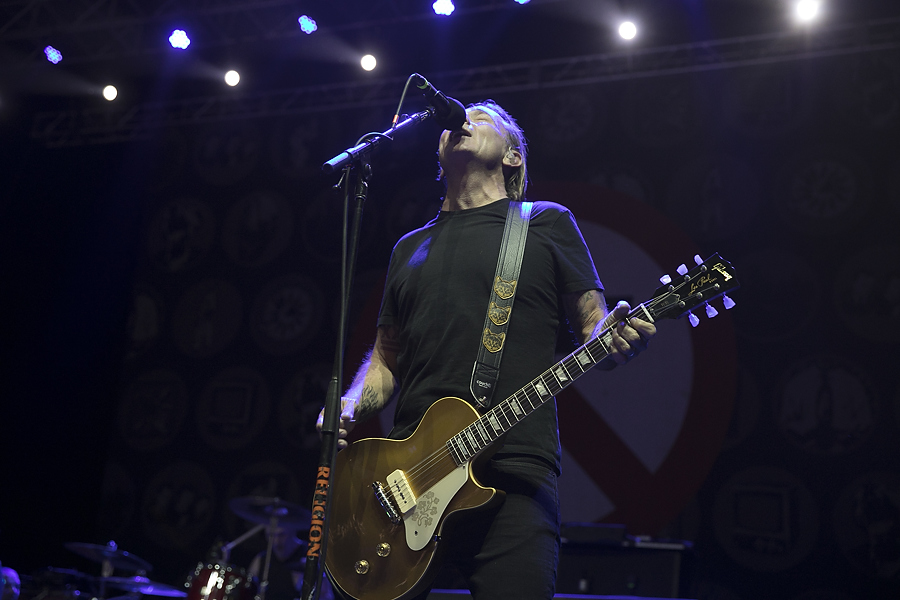 Due to the change of date for the festival previous Headliners Flogging Molly were replaced by Bad Religion and the punks didn’t seem to mind a bit. The band blasted through a roughly hour long set, highlighted by “American Jesus,” “New Dark Ages,” and “Recipe For Hate.” They were the perfect rabbit pulled out of the hat. 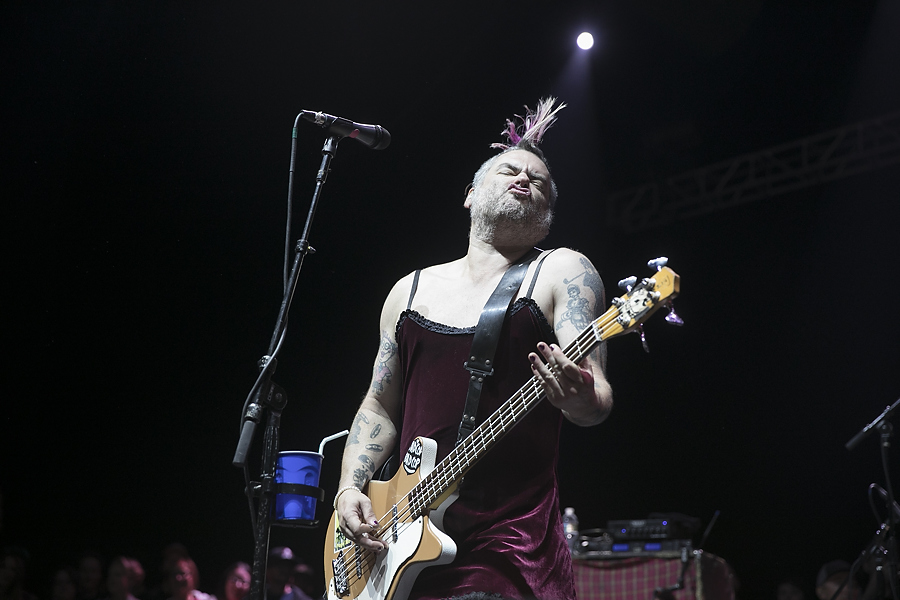 Walking onto the stage wearing both a dress and scowl while shaking his ass as “Lets Do The Timewarp Again” blasted over the PA, NOFX frontman and Punk In Drublic embassador Fat Mike was in quite the jovial mood as he and his band closed out the festivities with a classic set that pretty much summed up what Drunk In Public was all about. A day of beers, smiles, and good old fashioned Punk Rock.

Check out this slideshow with more photos of all the bands by Raymond Ahner: