Although Tommy Victor and Prong may be thirty-plus years into their career, it most certainly doesn’t stop them from absolutely steamrolling their way in and out of venues across the world, and their recent show at Slim’s in San Francisco was no exception. Supporting their twelfth studio record, Zero Days, the band returned to the venue for the first time in almost twenty years and picked up right where they left off. 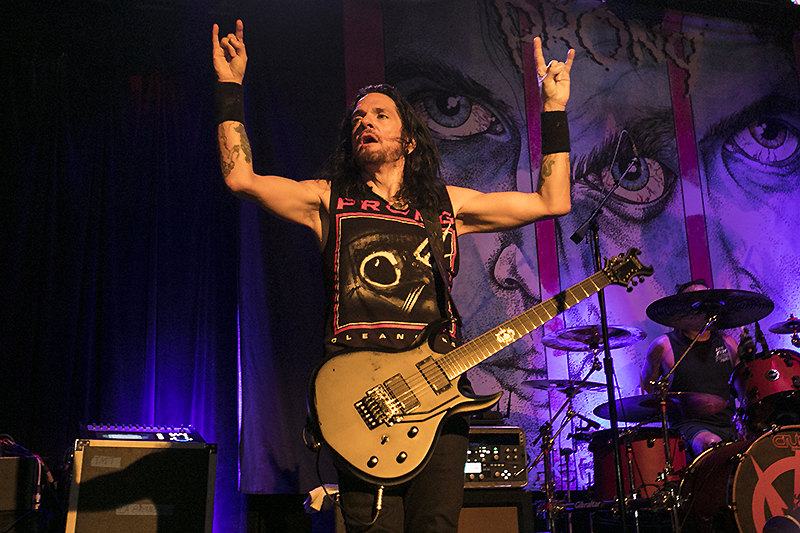 Hitting the stage with “Forced Into Tolerance,” off the new record, Prong pretty much set the tone for the evening with the first note. Tommy still has his pipes and combined with his crunching guitar tone and the rhythm section of Jason Christopher on bass and Art Cruz on drums, it was clear that it was going to be an evening of crushing metal. The three definitely gel on stage together, and every song sounded just as heavy as they did when they were originally recorded. The crowd was definitely into it, as the front row was filled with headbangers and fist-pumpers, while a steady flow of fans moshed behind them. 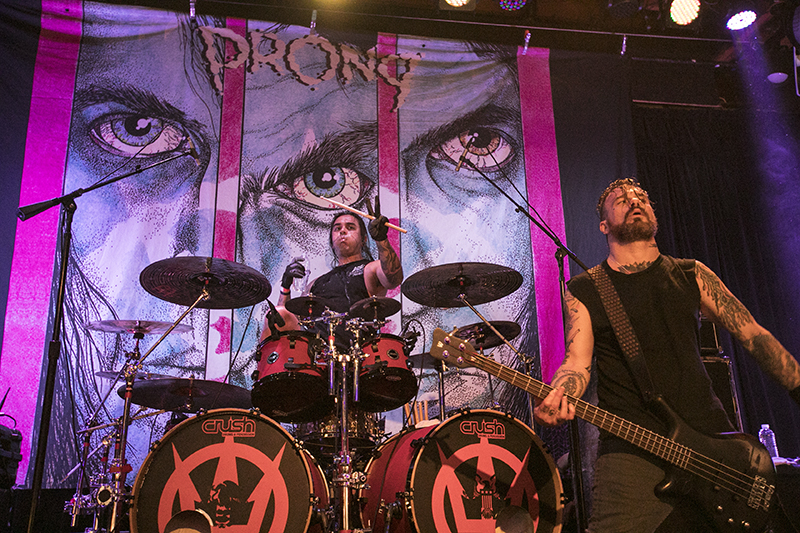 The setlist was a good representation of the band’s entire career, including a few from Zero Days, including “However it May End,” and “Divide and Conquer.” With Tommy jumping, pacing the stage, and interacting with his fans (and photographers), the new tracks blended right in with the older classic songs, including “Broken Peace,” “Revenge… Best Served Cold,” and “Whose Fist Is This Anyways.” 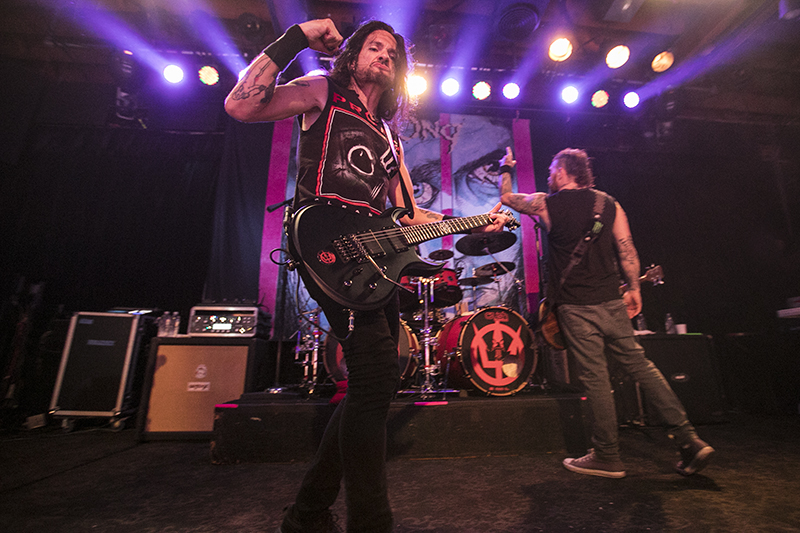 Of course, no Prong set would be complete without both “Prove You Wrong” and “Snap Yor Fingers, Snap Your Neck,” and Tommy and company did not disappoint, playing both as aggressively as always, but not before giving a quick shout-out to members of a certain Bay Area thrash band (Death Angel) who were in attendance. 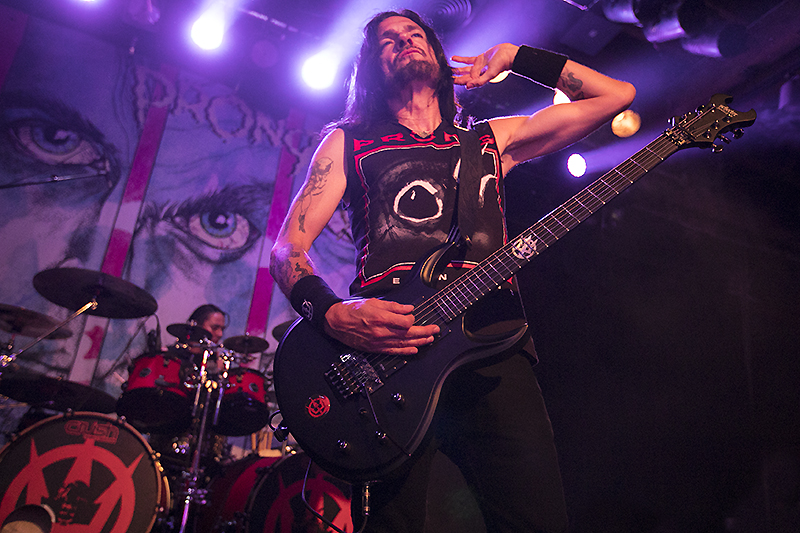 After wrapping up their set the band returned for a two-song encore, closing the night with “Ultimate Authority” and “For Dear Life.” It was the perfect way to end the evening.

Direct support on this tour comes from Powerflo, the Los Angeles based “supergroup,” whose members include Sen Dog of Cypress Hill, Billy Graziadei of Biohazard, and Christian Olde Wolbers, formally of Fear Factory. With their metal meets hip-hop meets hardcore sound, the band put on an awesome set of their own, and definitely got the crowd primed for the headliners.

Here’s a slideshow with more photos of Prong and Powerflo by Raymond Ahner:

Setlist: Forced Into Tolerance | Another Worldly Device | Beg to Differ | Lost and Found | Unconditional | Prove You Wrong | However It May End | Turnover | Cut and Dry | Broken Peace | Divide and Conquer | Revenge…Best Served Cold | Whose Fist Is This Anyway? | Snap Your Fingers, Snap Your Neck || Ultimate Authority | For Dear Life

Find out more about Powerflo on their Facebook page.