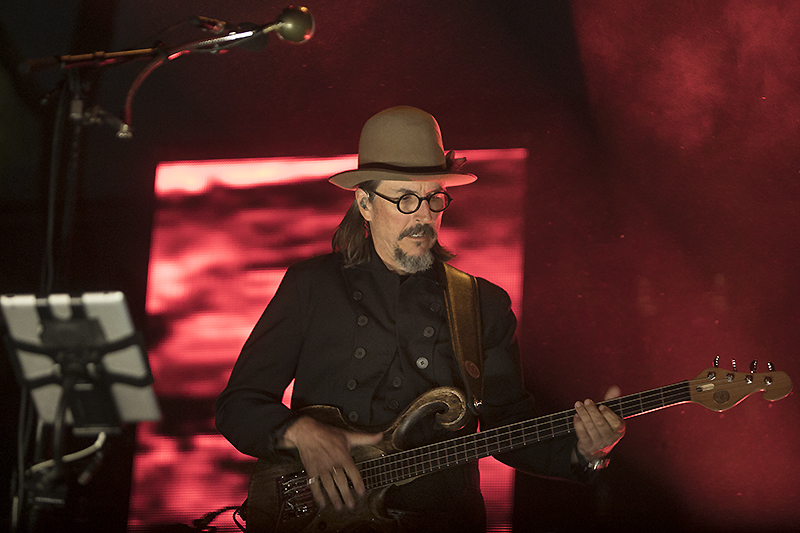 The idiosyncratic genius and his band, Primus, played to a nearly sold-out crowd at Berkeley’s Greek Theater on June 29. The bassist, vocalist, and all-around mastermind hopped in circles — his intoxicating birdlike strut in perfect sync with some of the meanest bass slappin’ you’ve ever heard. 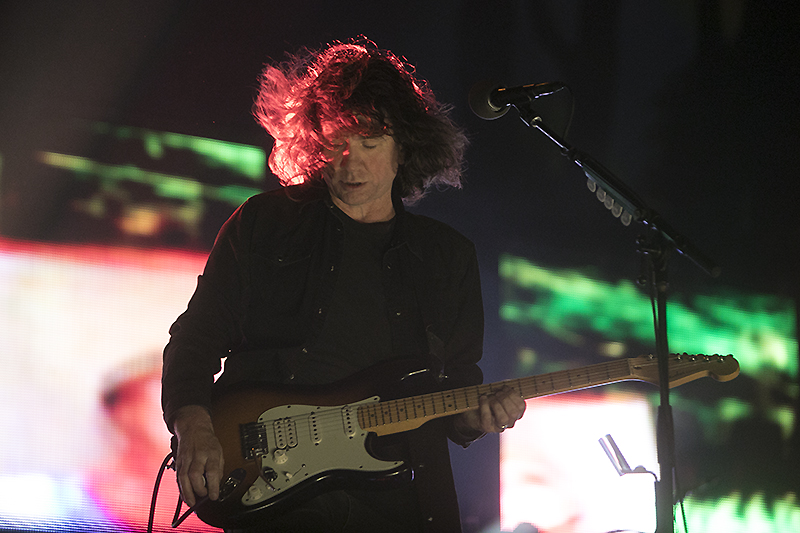 A massive mosh pit erupted within the first 30 seconds of opener, “Too Many Puppies,” a track off Primus’ first studio album, Frizzle Fry (1990). It’s as if the radical energy possessed the boots of everyone on the floor. They stomped and marched in a circle to the beat of “Sgt. Barker” off Sailing the Seas of Cheese (1990). Adorned with a classic bowler hat and Lennon-like glasses, Claypool faced the crowd, perched atop a speaker like Captain Morgan. His stance was welcoming, yet assertive — as if he dared the crowd to embrace the strange. 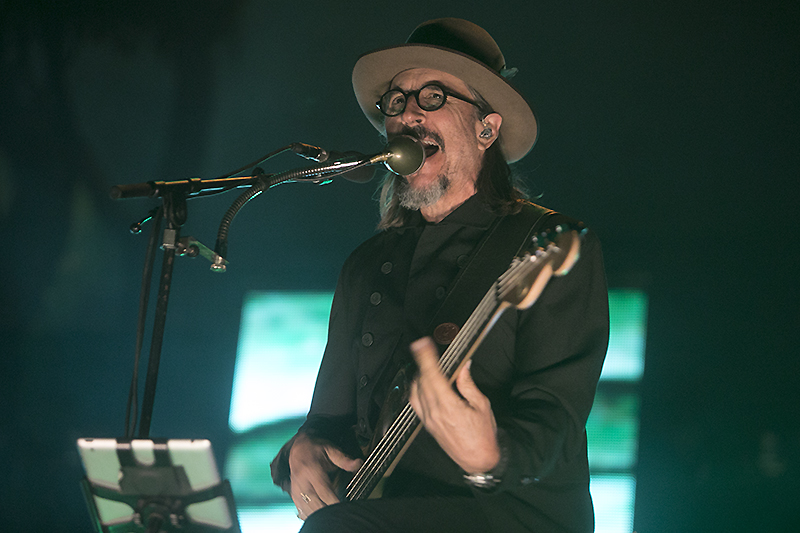 Primus vibes are positive and their eclectic fans come in all shapes and sizes. Mosh pitters looked the part, but so did dreaded Deadheads, metalheads, and buttoned-up, bearded hipsters. Old-timers and newbies reveled in the prog-rock, funky/thrash, psychedelic lunacy that so obviously stems from San Francisco. 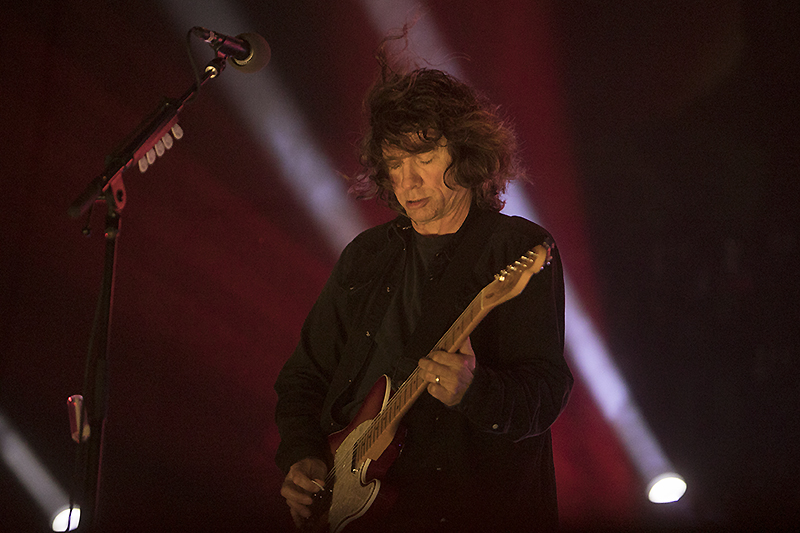 Way back when, Claypool referred to Primus’ music as “pirate ditties.” In tune with the sounds of Faith No More, San Francisco was the epicenter of the thrash-funk scene, and everyone knew each other. Side projects and guest spots were common – Claypool has recorded and toured with some of the most talented artists in the world, including Buckethead, Mike Bordin, Fungo Mungo, Sean Lennon, and Flea. 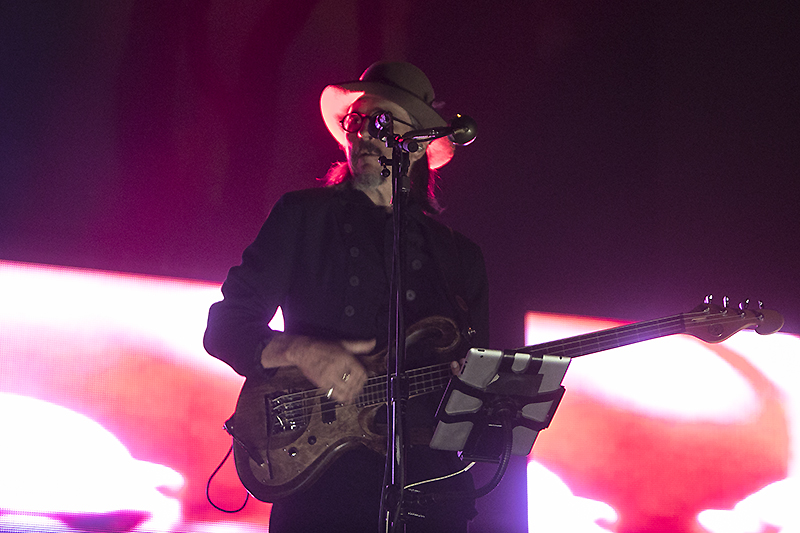 Born and raised in El Sobrante, Claypool worked as a carpenter before getting a band together in 1984. And he’s come a long way since an awkward failed audition for Metallica in 1986. Primus currently consists of Claypool, guitarist Larry “Ler” LaLonde, and drummer Tim “Herb” Alexander. The band recorded their debut, Suck on This, in 1989, which was followed by nine studio albums. They even recorded the original theme song for South Park. 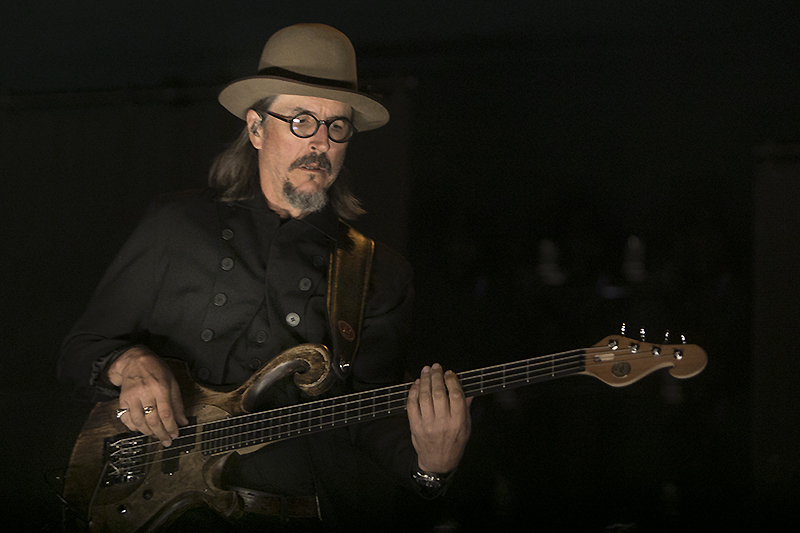 Primus shows are interactive. In fact, the band asked fans to dress up as their favorite fruit or vegetable as part of the fun, later calling out two banana-clad dudes in the crowd. 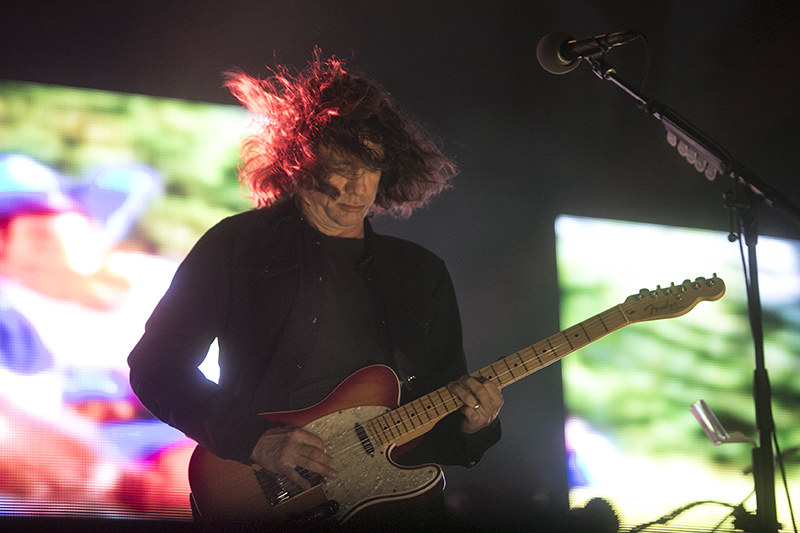 “Obviously the rest of you guys didn’t read the memo,” Claypool said. “But there they are. The banana men. I’m gonna put money on it right now, those guys are getting laid tonight!” 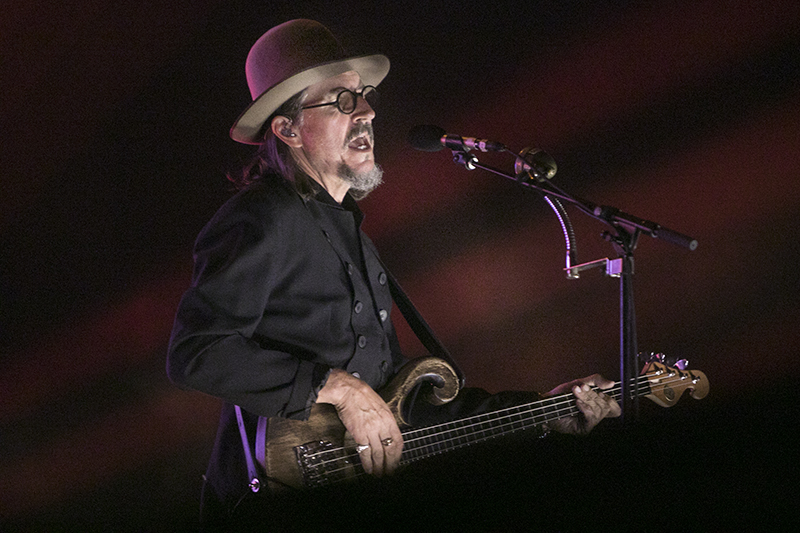 On the longest tour they’ve played in twenty years, Primus wrapped up at home. With only a few more shows under their belt, Claypool invited the rowdy crowd back to his place for a good, ol’ fashioned BBQ.

“But nobody is getting through the gate without a banana or some other form of fruit or vegetable costume,” Claypool said, before the thick, dirty bass riff of “Wynona’s Big Brown Beaver” hit 15,000 ears.

Fans ate up one more oldie, “Southbound Pachyderm,” before fellow SF icon and Dead Kennedys’ frontman Jello Biafra emerged to play “Holiday in Cambodia.” Running back and forth across the stage, people hit giant gold balloons until Biafra spasmed, collapsed and people screamed for more.

No Primus tour, or show for that matter, is the same. The band has hosted a unique New Year’s Eve bash in the East Bay for the last 26 years. And this US Fall Tour is no different — Claypool roused the crowd with some classics but dove straight into their latest project, The Desaturating Seven — the band’s first album in seven years.

The vibes got a little stranger at the start of “The Valley,” off their latest album. People stopped running and pushing in the pit. Instead they started to whirlpool in an illuminated trance. Now wearing giant golden ram horns, Claypool casually kissed a piggy mask hanging from a mic stand.

Bright rainbows streamed across the screen behind him. The jubilant colors highlighted creepy, macabre goblins. The concept album is based on Ul de Rico’s children’s book, The Rainbow Goblins. Claypool read the book to his children and was transfixed by its vibrant use of art and color. The songs seemed to melt into each other, telling a story of “The Seven,” “The Trek,” “The Scheme,” “The Dream,” “The Storm,” and “The Ends?”

It acted as foreplay, really. Fully surrendered to the hallucinogenic experiment, the crowd felt calm yet satisfied. Slowly it built up. By the time Primus busted out with Peter Gabriel’s “The Intruder,” the crowd was ready for some Pork Soda. You’d think it was 1995 again — a thick, dusty haze filled the air and the pit went wild at the sound of a familar bass line.

“My Name is Mud” could be one of Primus’ most notable songs.  And the track acted as the lure, pulling fans back into the maddness. People peaked during “Jerry Was a Race Car Driver,” just before the band left the stage.

It’s a way fans coax the band back for more. In the early days, Claypool would greet the crowd by saying, “We’re Primus, and we suck.” It quickly became a slogan for the diehards. Before wrapping it up for the evening, Primus reemerged to play a real old tune by the name of “Tommy the Cat,” off Sailing the Seas of Cheese (1991).

Resembling the coolest wizard you’ve ever seen, Sanders dominated center stage, getting people ramped up for what was to come. Kelliher gripped the neck of his guitar, holding it above his chest and nodding at the crowd. Their set was playful, bringing back some hair-metal energy with some modern metal technicality.

JJUUJJUU opened the show and set the mood for an evening of fun.

Setlist: Too Many Puppies | Sgt. Barker | Wynona’s Big Brown Beaver | Southbound Pachyderm (with Jello Biafra) | Holiday in Cambodia (Dead Kennedys’ cover with Jello Biafra) | The Desaturating Seven | The Valley | The Seven | The Trek | The Scheme | The Dream | The Storm | The Ends? | The Intruder (Peter Gabriel cover) | Welcome to this World | My Name is Mud | Jerry Was a Race Car Driver || Tommy the Cat

Get all the info on JJUUJJUU on their website.