All Photos by Elizabeth Gohr.

2017 arrived in a silver-clad sonic ritual for those in attendance at Oakland’s Fox Theatre, ushered in by the supremely capable hands of consummate showman and East Bay native, Les Claypool. This year marks Claypool’s 25th consecutive New Year’s show, all of which have been performed in the Bay Area and have been revered as the holy grail of his live performances. Tickets for this year’s milestone event sold out in record time following the announcement of a marathon lineup, featuring all 3 of Claypool’s currently active bands. Following the tradition of the 25th being known as the Silver Anniversary, a veritable smorgasbord of silver beads, hats and masks was provided for the audience to adorn themselves with as they slowly filled the grand theatre. 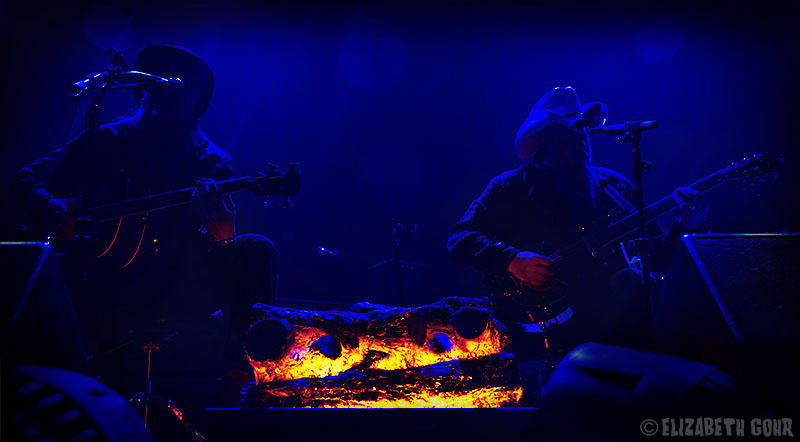 The show began intimately with the Duo De Twang, Claypool’s acoustic campfire band alongside comrade Bryan Kehoe. Driven by Kehoe’s resonator guitar and Claypool’s steady stomp, the Duo boom-chucked their way through a short but sweet set that saw cover songs such as “Amos Moses” paired with Claypool compositions like “Buzzards Of Green Hill,” which featured the first appearance of saxophonist Skerik as the night’s guest-in-residence. Witty banter and joking between the old chums helped to create a comfortable and merry atmosphere throughout the capacity audience. 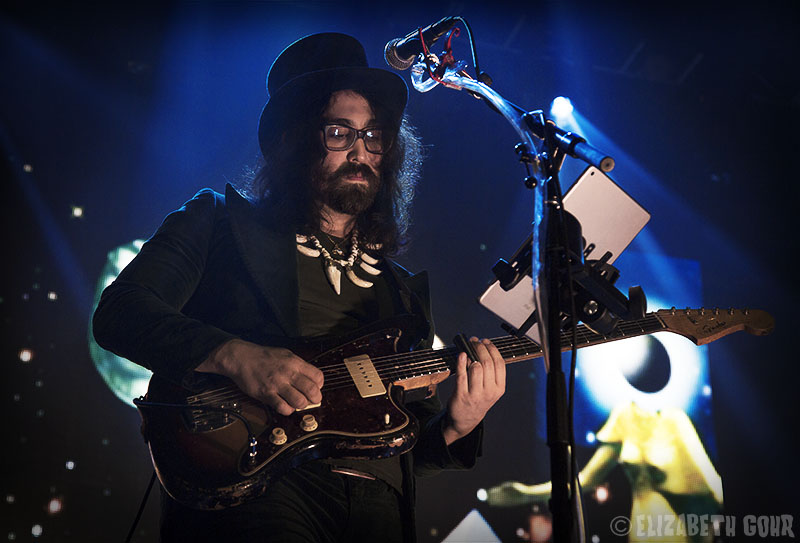 The night continued with Les” latest venture, The Claypool Lennon Delirium. A collaboration with Sean Lennon, the Delirium invokes the spirit of psychedelic music in its golden age. The band took to the stage rounded out by keyboardist Pete Drungle (Ornette Coleman/Kronos Quartet) and drummer Paulo Baldi (Cake/Deadweight). The momentum that the band had amassed through their busy year was palpable as they opened the set in full force with Pink Floyd’s “Astronomy Domine.” 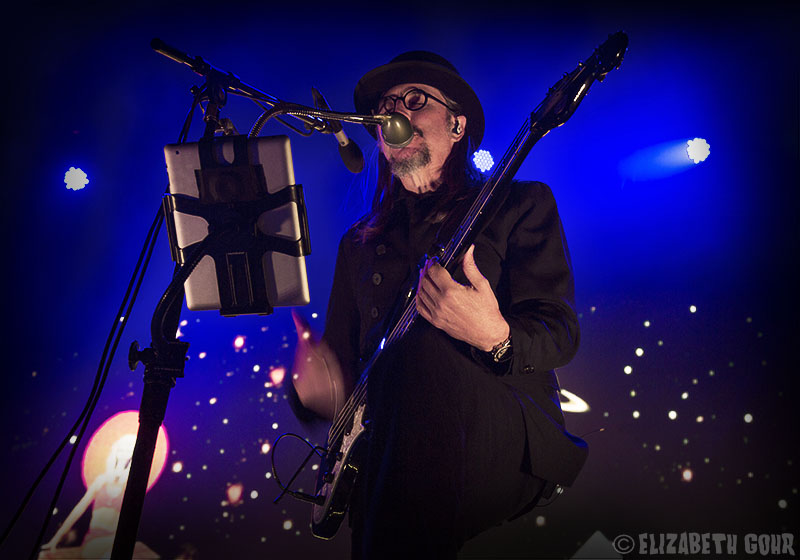 The Delirium navigated the audience on a cosmic voyage through an elegantly arranged setlist, built around a handful of selections from their album “The Monolith Of Phobos” (including both movements of pharmaceutical fairy tale “The Cricket And The Genie”). The set was supplemented with a handful of covers, such as a spellbinding “In The Court Of The Crimson King” and the debut performance of The Who’s “Boris The Spider.” Masterfully engaging the audience, The Delirium maintained their intensity all the way through the closing number as Sean echoed the voice of his father on the Beatles” transcendental marvel, “Tomorrow Never Knows.” 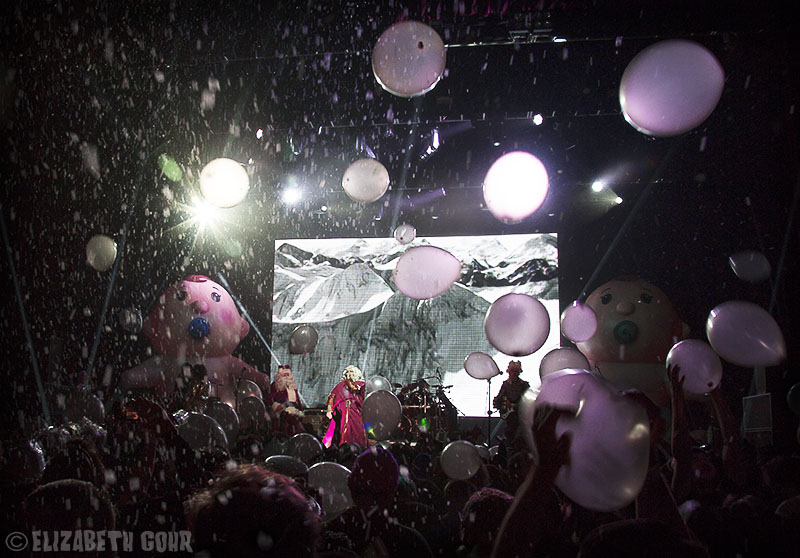 To the soundtrack of novelty Christmas records, concertgoers shared in beautiful reminiscence during the set break as a compilation of all 24 previous Primus NYE performances rolled overhead and 2 giant inflatable babies came to life on each end of the stage. Arriving in full silver regalia, guitarist Larry Lalonde sported a shiny long sleeve while Claypool was head-to-toe fancy in a powder wig and striped button-up. To roaring applause, drummer Tim Alexander steadily clicked out the Morse code intro of Rush’s “YYZ,” providing a sentimental lead-in to the familiar bounce of the band’s first single, “John The Fisherman.” After a positively dynamic “Groundhog’s Day,” Skerik and his magic saxophone reappeared for a rousing performance of “Fisticuffs,” the added dimensions of his unique tone providing a superb fit for the composition. 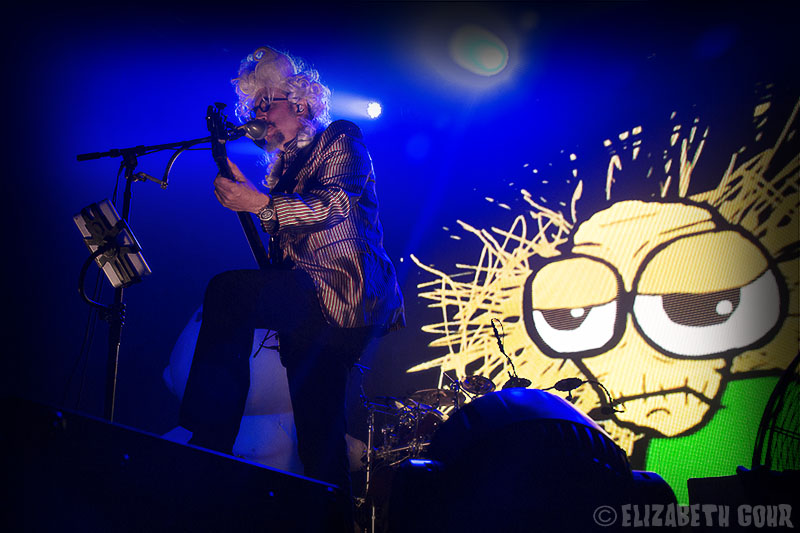 The energy of the room remained consistent, with those on the floor in constant motion during songs like “Here Come The Bastards” and ‘sgt. Baker” (featuring an enthralling “Hello Skinny” midway through). As midnight approached, the show took a step through the looking glass while the band channeled the spirit of Gene Wilder’s Willy Wonka through the madness of the ‘semi-Wondrous Boat Ride.” Les then led the countdown as the room joined in unison for the final seconds of 2016. As the clock struck midnight, silver balloons and foamy flakes of fake snow began to rain down upon the audience while the band launched into “Man On The Silver Mountain.” Drungle returned to the keys for the Rainbow classic while the iconic Dio vocals were provided by Bryan Kehoe and longtime band associate Bob C. Cock. 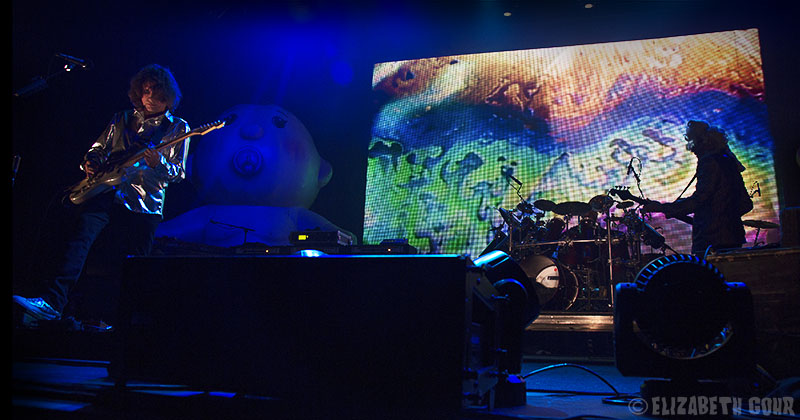 From within the post-midnight din and the booming of silver balloons being popped by frenzied concertgoers, the heavily delayed chicken-pick of LaLonde’s guitar emerged. Soon to be joined by the chattering of cymbals and the chilling vibration of a bowed upright base, the band pushed onward with “Jilly’s On Smack.” 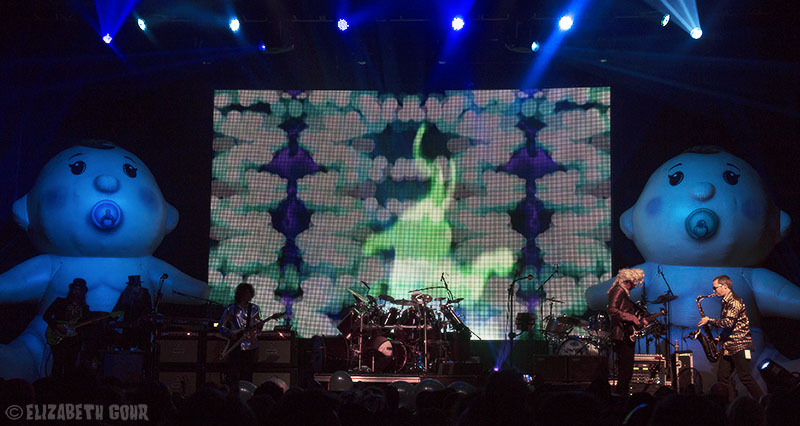 Following the mesmerizing polyrhythms of an Alexander drum solo, Les went on to address the audience and (utilizing a clever anecdote involving “Primus Socks”) offer his thanks for all the years of support. The band closed out the set with crowd-pleasers “My Name Is Mud” and “Jerry Was A Race Car Driver” before departing the stage to deafening applause and chanting. 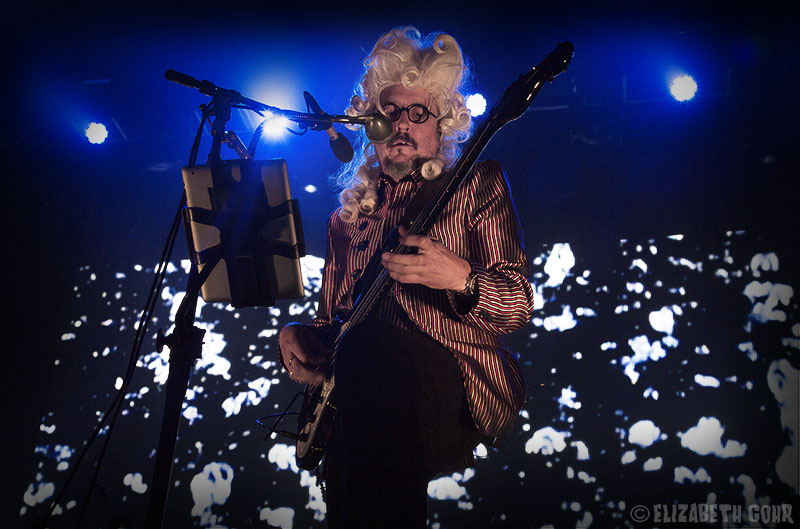 To the delight of a wide-eyed audience, the band returned in the company of Skerik, Lennon, Drungle and Baldi for the encore performance of ‘southbound Pachyderm.” The extravaganza culminated with a brilliant display of musicianship during the closing jam as Les sauntered between the musicians, each of them taking their turn to improvise a section. After a back-and-forth between the kits of Alexander and Baldi, the rest of the band rejoined and brought the evening to a close with a massive wave of sound and the song’s lone closing notes. As the house lights came up, the spirit of Gene Wilder emerged once more as “Pure Imagination” played over the speakers, the lyrics reflecting the collective spirit of the crowd as they turned to exit the theatre and brave the new year, spirits lifted and ears ringing.

Find out more about the Claypool Lennon Delirium here.