Bridging the gap between the early punk of the 70s and the new wave of the early 80s, influential artists like Andy Gill and his Gang of Four continue to amplify their importance in the alternative music scene in 2016. Although most of the original UK-based line up of the band has left over the years, founding member and guitarist Andy Gill has managed to fill the band in nicely with some terrific talent. In 2011, original vocalist and founding member Jon King left the band and Andy Gill hired vocalist John “Gaoler” Sterry. Sterry croons a clean, modernistic, yet eerie harmony, and his stage moves summon a flashback from Dance Party USA. 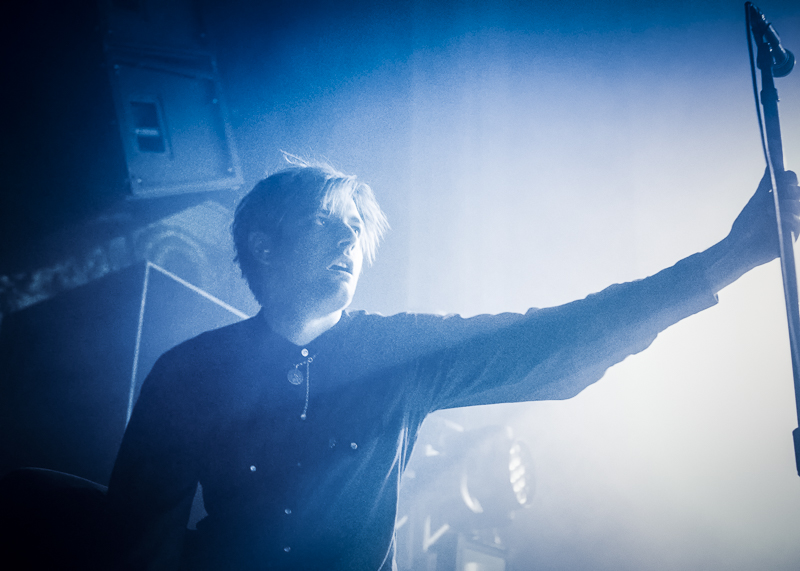 Iconic bands such as The Red Hot Chili Peppers, Nirvana, and REM have cited Gang of Four’s enticing dark lyrics, bass line, and eerie guitar chords as heavy influences. The album Entertainment! (1979) was also listed in Kurt Cobain’s diary as one of his top 30 favorite albums. 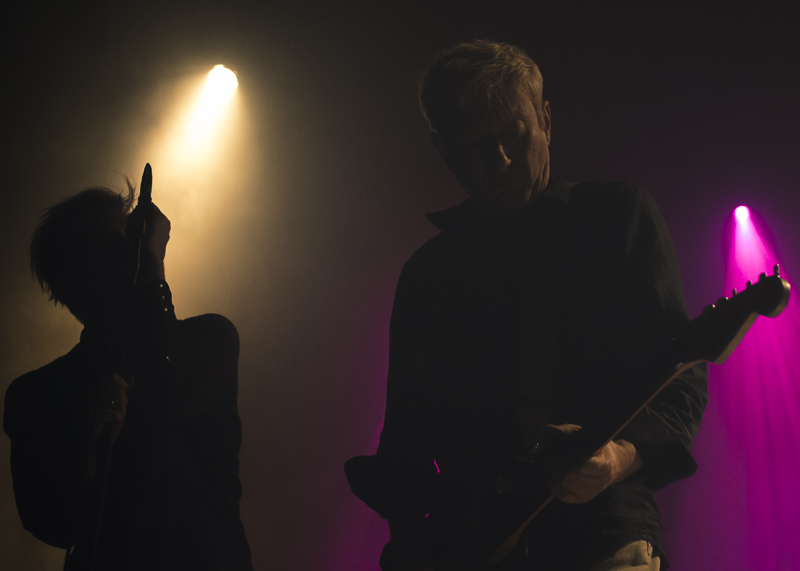 Gang of Four are historically known for politically motivated songs filled with messages of social injustice, stirred to perfection with a dash of dance-punk. Their first album, Entertainment!, drew national attention in 1979 when the group was banned by the BBC and UK TV after refusing to change the risqué lyrics in the song “At Home He’s a Tourist” for BBC’s Top of the Pops TV show. [Then vocalist] King refused to change the lyrics “And the rubbers they hide” to “And the rubbish they hide,” and the whole band walked off the show. Unfortunately, this also meant that their record company, EMI, focused their energies elsewhere with a little band called Duran Duran. 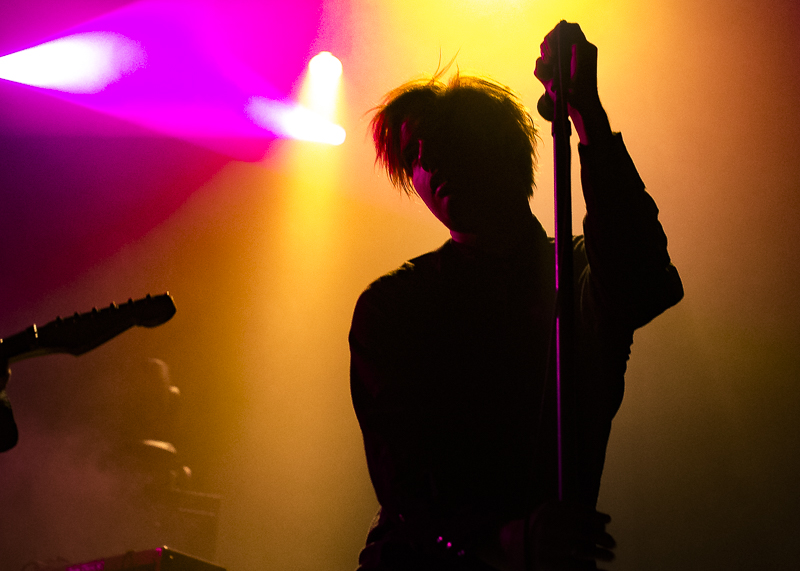 Although not nearly as controversial, Gang of Four’s latest release, 2015’s What Happens Next features the talent of Alice Mosshart (The Kills) on two tracks, as well as popular German composer Herbert Gronemeyer, and certainly warrants a listen. The album is not the edgy effort of the sophomore album for sure, but is extremely dance-worthy; an industrial infused composition of post punk and echo. 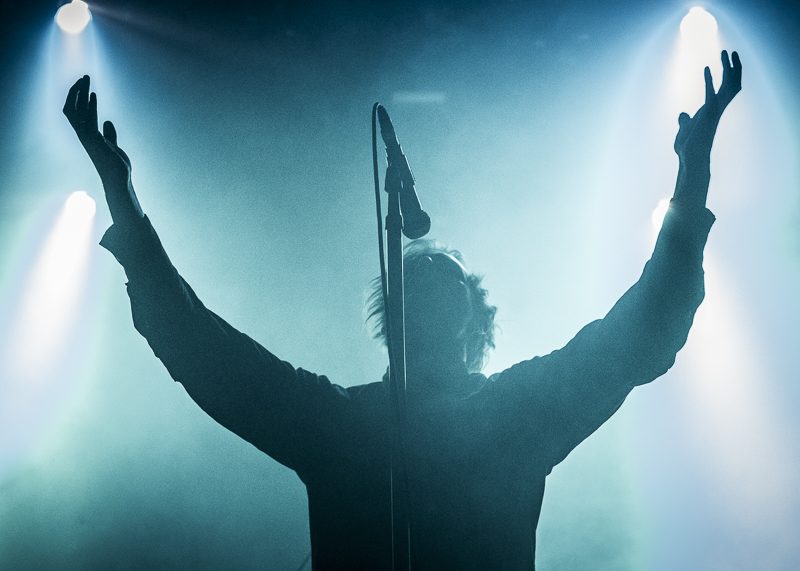 The Gang of Four show at the Regency this past week was like climbing into a tardis, and spinning back to a time where teased hair, fingerless lace gloves and stiff elbows were the trend d j’our. When Madonna was queen? Well, almost. The lighting on stage was dark, empathetic, and brightly backlit with plenty of stage smoke ambiance. Gang of Four’s hard hitting, yet groove oriented rhythm section and long bluesy guitar tones played a setlist which blended the right balance of old and new, from 2015’s “Where The Nightingale Sings” to the EP driven 1982 release of “To Hell with Poverty,” and a little of everything in between. 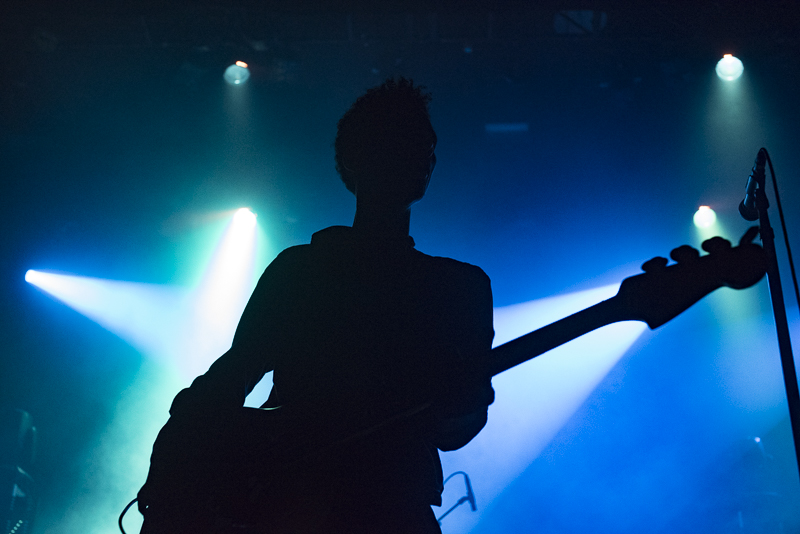 It was easy to get lost in this modern version of the alternate 1980. The smoothly entwined, rock-steady beats moved a good percentage of the audience, who found themselves grooving and enjoying the music sans the ability to see the facial expressions of the band on stage. Experiencing the music untainted by the distraction of their likely pretty faces was certainly a first, albeit the ambiance and stellar musicianship on stage was not lost.

Setlist: Where the Nightingale Sings | Not Great Men | I Parade Myself | Isle of Dogs | Damaged Goods | At Home He’s a Tourist | To Hell With Poverty

For more information about Gang of Four, check out their website.